Matt Bliss, founder of The Modern Christmas Tree, talks to us about how he came to photograph his trees in some truly astounding places.

To be a successful brand today, your product has to look good. Or so goes the advice that founder of The Modern Christmas Tree Matt Bliss has taken straight to heart. Debuting at the Denver Modernism Show in 2011, The Modern Christmas Tree is the invention of Bliss’ grandfather Lawrence “Bud” Stoecker, an engineer, architect, and hobby-maker. Bliss had fond memories of his grandfather’s homemade trees growing up, but only rediscovered them years later when helping his grandparents move. When Stoecker was later diagnosed with Alzheimer’s disease, Bliss decided to honor him by patenting his design so he could bring his grandfather’s Christmas trees into homes and commercial venues all around the world. Six years later, Bliss made it onto the TV series Shark Tank, where he struck a deal with Barbara Corcoran who was enamored with the trees’ “dazzling ornaments, sparkly crystals, and shimmering rings.”

Following the advice he received as well as his passion for mid-century modern design, Bliss found the perfect way to market the trees. Teaming up with local photographer JC Buck, the duo has now shot the trees in several architectural treasures such as the Farnsworth House designed by Mies van der Rohe and the TWA Lounge at One World Trade Center. We talked to Bliss about his experience getting up close and personal with some of our nation’s greatest mid-century treasures.

Your trees have been photographed in some truly iconic places. Can you tell us a little bit about how it all came to be?

I have always been interested in art and design. I studied fine arts and graphic design in college. My love for mid-century modern design started in the mid-2000s when I purchased a home in Arapahoe Acres, a small slice of mid-mod heaven in South Denver (actually Englewood).  After moving into the house, I quickly became a fan of Eames and Nelson furniture and lighting. Several years later, I decided to update my Grandpa’s Modern Christmas Tree shortly after he was diagnosed with Alzheimer’s, which was very tough on my family. Upon starting the company, I was given great advice to get the best possible photos of the tree I can obtain for the website and to share on social media. I took that advice a step further and sought out the perfect space to photograph the trees in. I happened to be friends with an amazing architectural photographer named JC Buck and we started a partnership to capture the tree in architecturally significant homes throughout the US. This started with photographs of the tree in Charles Deaton’s Sculptured House — later coined the “Sleeper House”. Later that year the trees were photographed in the Governor’s Mansion. Pairing the tree with notable homes had become successful and the photos were shared thousands of times across social media. Next came photographs of the tree in the iconic Stahl House designed by Pierre Koenig in the Hollywood Hills. A year later we photographed the tree in Mies van der Rohe’s masterpiece the Farnsworth House in Plano, Illinois and last year we photographed my new 10-foot tree in the TWA Lounge at One World Trade Center. 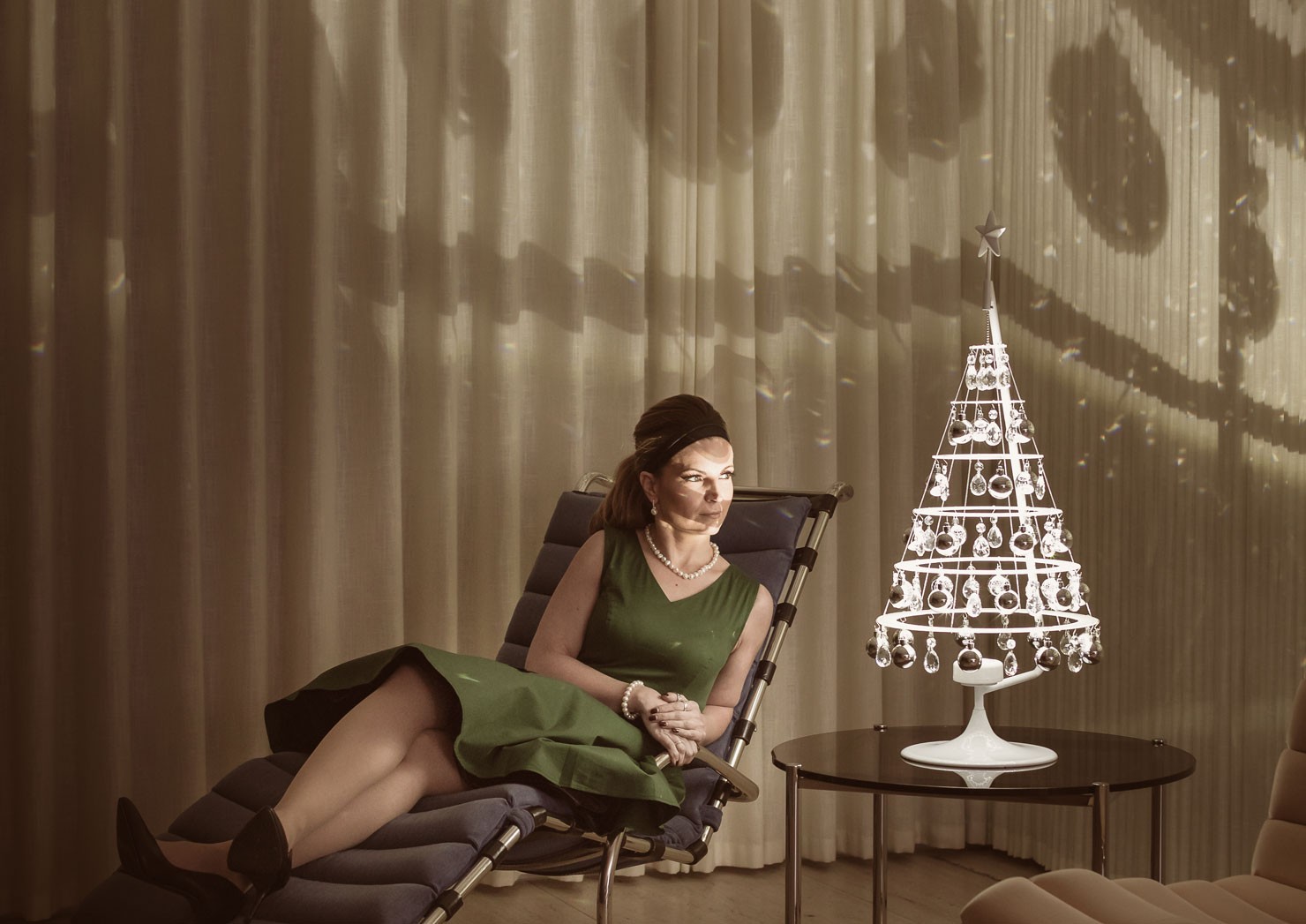 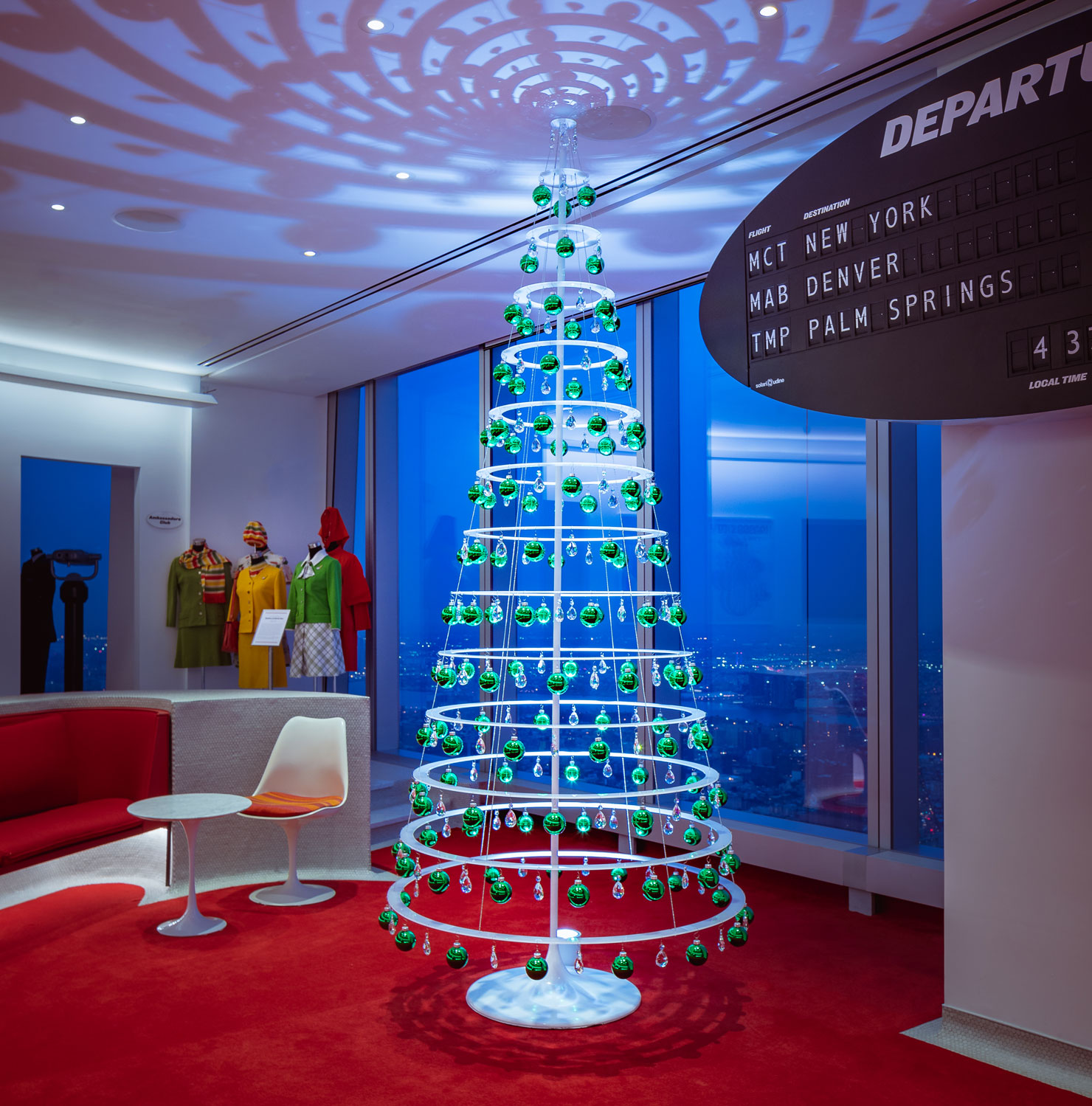 Top: Inside the Farnsworth House designed by Mies van der Rohe. Above: The TWA Lounge at One World Trade Center in New York. 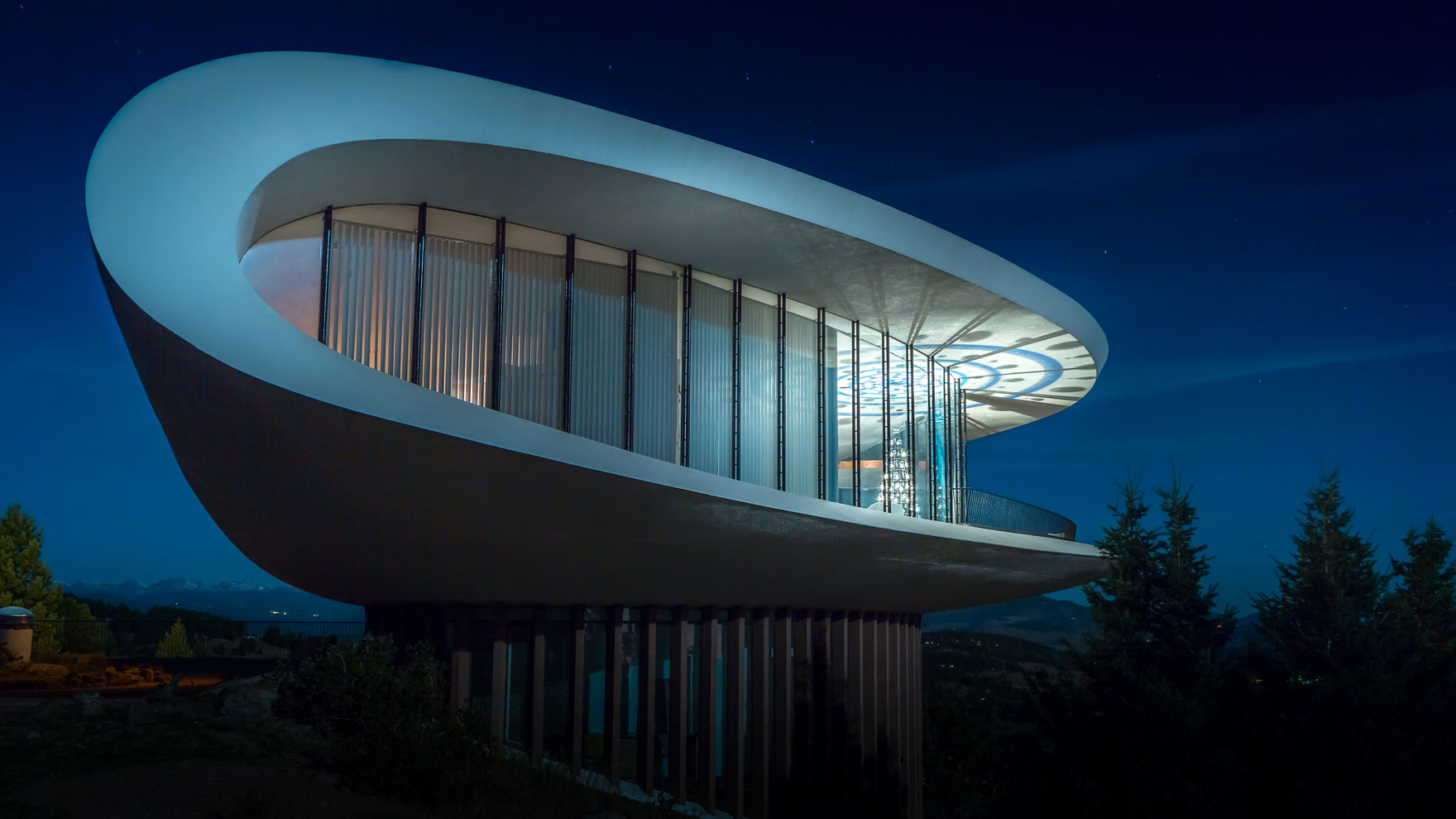 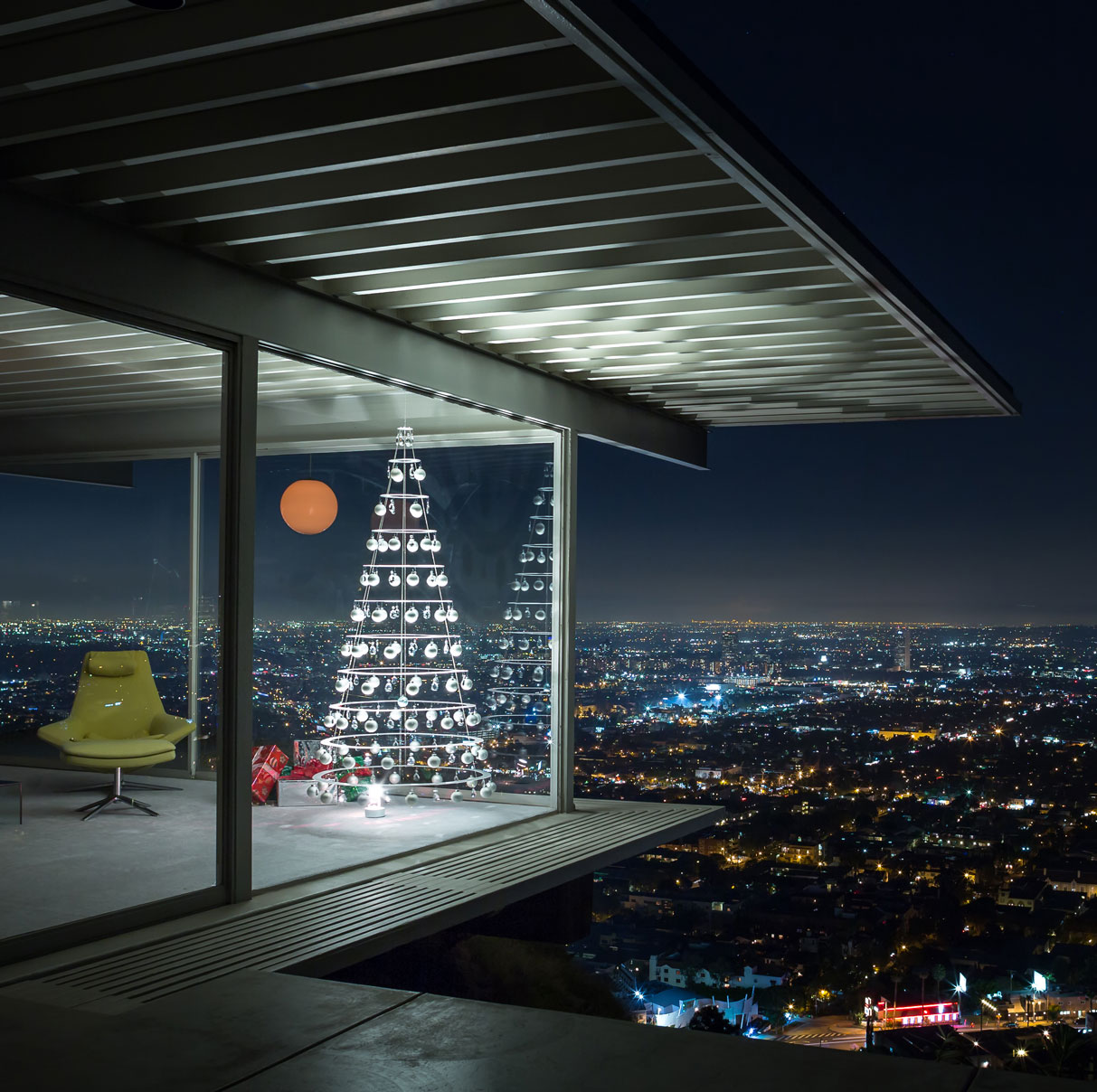 Top: The Sculptured "Sleeper" House in Genessee, Colorado designed by Charles Deaton. Above: The Stahl House in the Hollywood Hills designed by Pierre Koenig.

How do you typically go about getting access to some of these famous locations?

In some instances these spaces have been offered up for free after learning the story of my Grandpa’s trees, and in some cases the venues were rented. This will continue to be our marketing strategy not only because these amazing spaces display the trees perfectly, but because I’m a nerd for design and being able to photograph my Grandpa’s tree in these spaces is a personal dream come true!

What’s your favorite or most interesting location that you’ve shot so far?

Although each location we shoot at provides me an immense sense of pride and excitement, I would have to say the Farnsworth House was my favorite. The original shoot was supposed to happen a year prior, but a drought left no snow on the ground forcing us to cancel. The following year it began to snow the night before our scheduled shoot and stopped snowing an hour before the photo shoot began. The results were perfect and are reflected in JC’s photos. To add to the scene, I hired a high school friend — actress and model Jessica Duffy — who did a wonderful job. To be able to share that experience with JC and Jessica was an incredible feeling. I wish we could do it again!