Nature sculptor Patrick Dougherty’s new exhibition One Fell Swoop has landed at Chatfield Farms  — which gives us a reason to revisit another amazing piece of his work at Tippet Rise that we featured in our Spring 2018 issue.

Last year, after photographer James Florio and writer Caroline Joan Peixoto traveled to the Tippet Rise Art Center in Montana for Modern In Denver‘s Travel By Design spring issue feature, we all marveled at Florio’s photos of Patrick Dougherty’s Tippet Rise schoolhouse installation titled Daydreams — so much so that we decided to put it on our cover.

So there’s the back story as to why we were so psyched to hear that Dougherty’s One Fell Swoop has opened at the Denver Botanic Gardens’ Chatfield Farms. This immersive sculpture is reminiscent of the one in Montana, sculpted by weaving flexible Willow tree saplings and branches into one intricate and whimsical structure. It took three weeks to make and looks like something out of another realm and time.

It took three weeks to make and looks like something out of another realm and time.

Put this organic architectural work of art on your calendar. But in the meantime, check out these photos from Florio, who was so inspired by Tippet Rise that he’s been back multiple times, over multiple seasons, to shoot Dougherty’s Daydreams again. 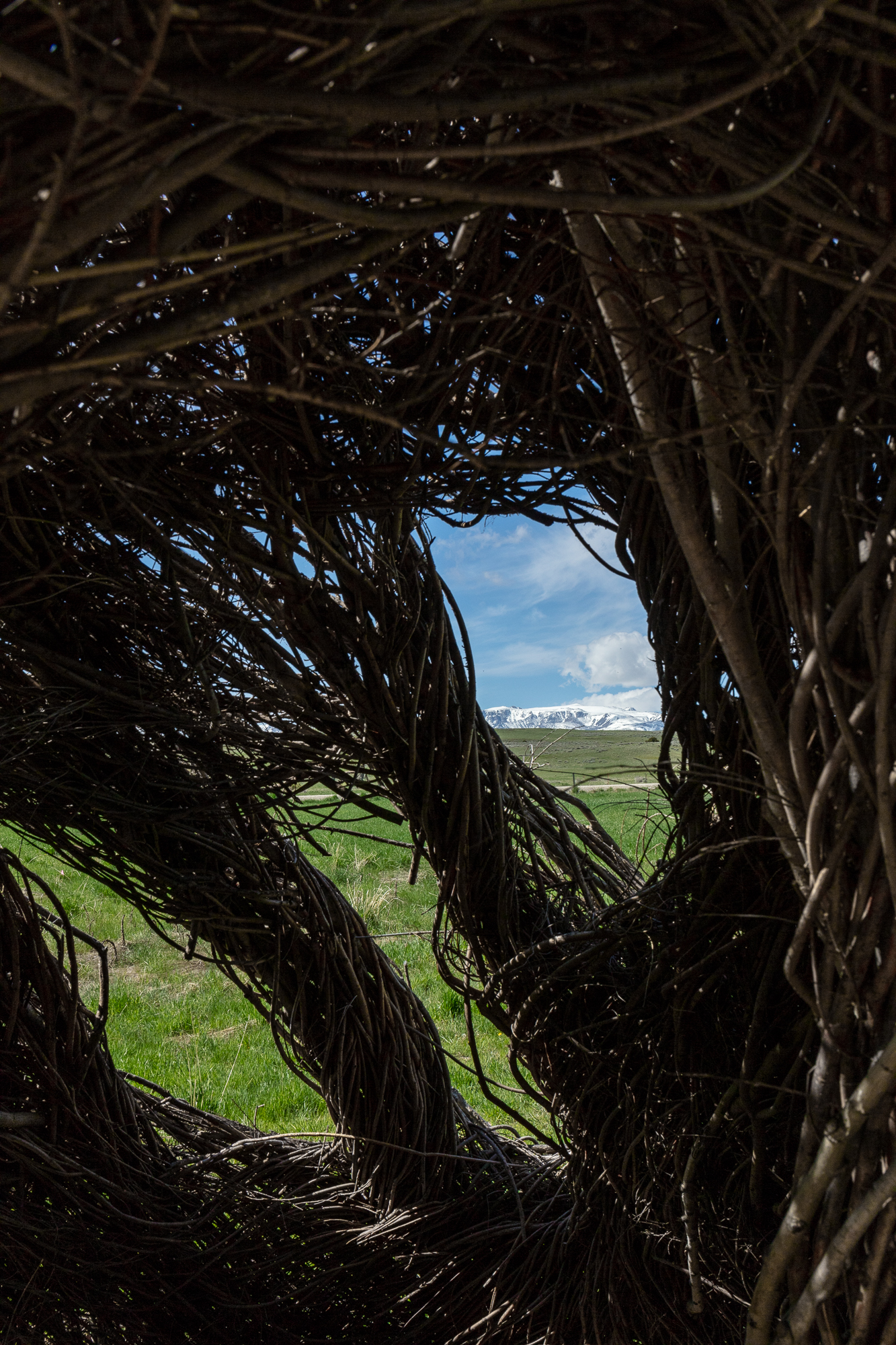