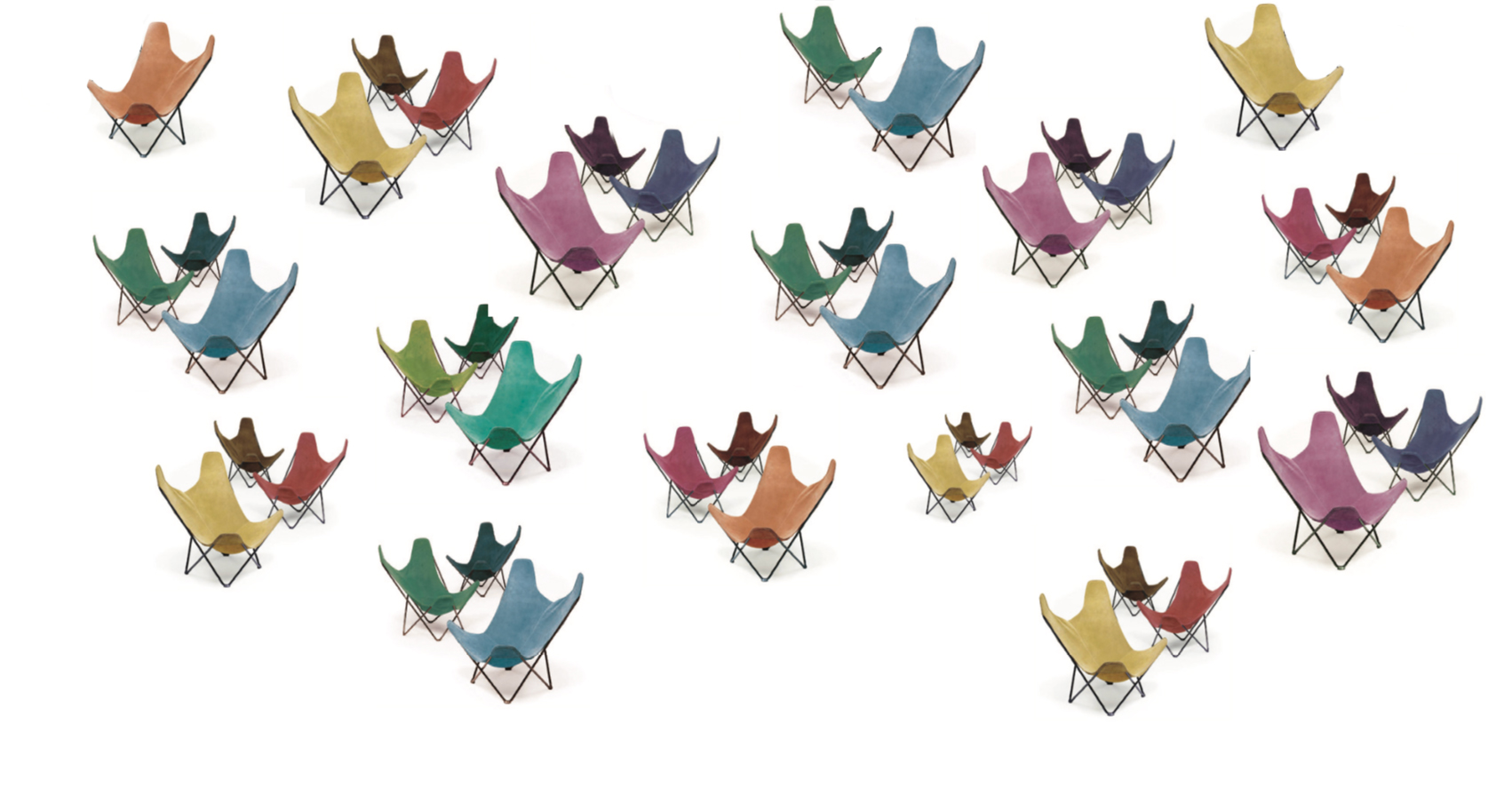 In our spring 2011 issue, we explored the history and creation of the now very popular Butterfly Chair. What was once inspired by a lightweight, easy-to-transport British military chair has transformed over the years to a design classic. From high-end furniture lines to cheaper dorm room furniture, the Butterfly Chair is versatile. Scroll below to read the original story and how the Butterfly Chair rose to popularity. 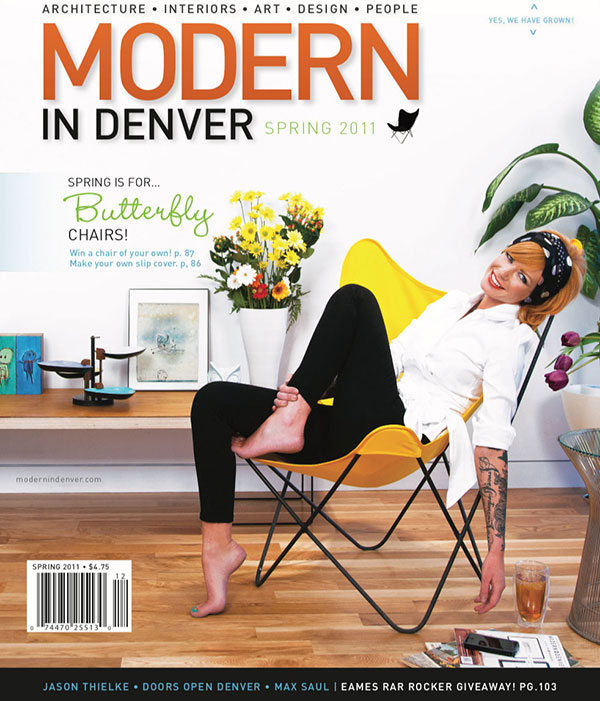 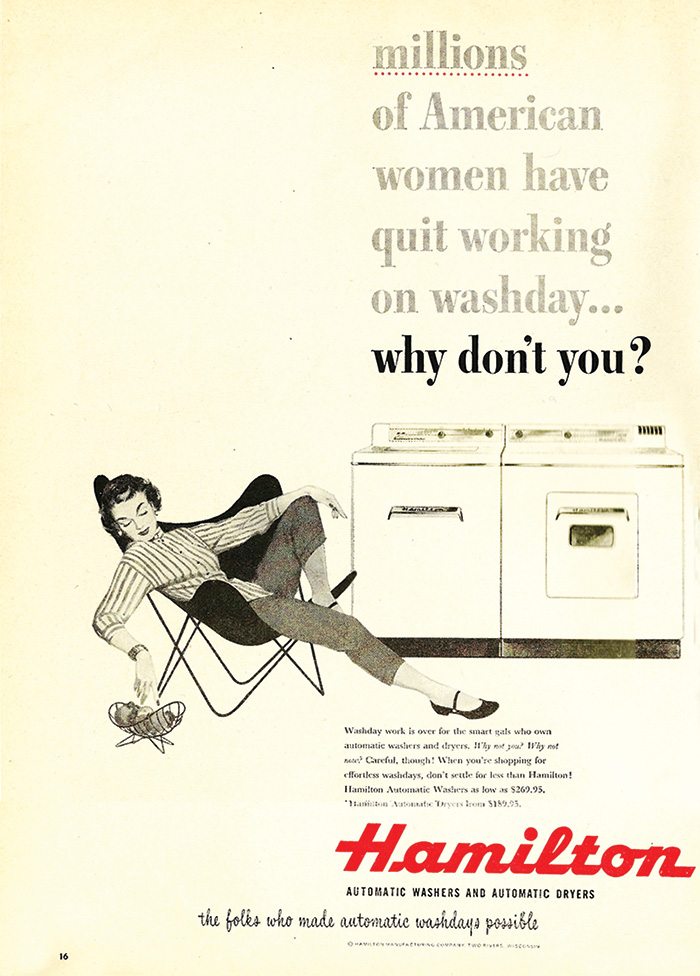 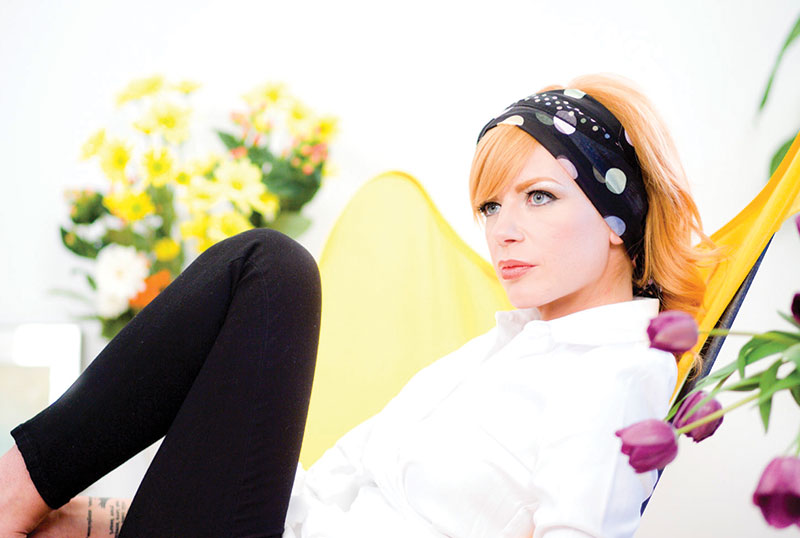 What we commonly know as the Butterfly Chair actually has many names – the Sling Chair, the Safari Chair, the Wing Chair and the Hardoy Chair among them. The chair’s original and official name is the B.K.F Chair – named for its three designers, Antonio Bonet, Juan Kurchan and Argentinean architect Jorge Ferrari-Hardoy.

The three met while studying under the legendary Swiss architect Le Corbusier in Paris and came together to form Grupo Austral in 1938, the same year the B.K.F Chair was born. Though named for all three designers, Ferrari-Hardoy was credited as having primary authorship over the design.

The B.K.F. Chair was designed as a modern update on a portable chair used by the British military in the 1850s called the Tripolina Chair. What Ferrari-Hardoy imagined was an elegant marriage of the modern ideology he developed under Le Corbusier and militaristic efficiency and minimalism. Both sources of inspiration are clearly visible in the result.

In 1940 the chair gained recognition at the 3rd Salon de Artistas Decoradores, a design exhibition in Buenos Aires. The chair received two design awards and caught the attention of Edgar Kaufmann Jr., curator of industrial design at the Museum of Modern Art in New York. Kaufmann accurately predicted that the chair would be hugely popular in the U.S., calling it “one of the best efforts in chair design.”

Kaufmann brought two B.K.F Chairs back to the U.S. with him. One chair was for the MoMA collection and the other for his parents’ famous home: Frank Lloyd Wright’s Fallingwater – where it is still displayed today. In 1941 the B.K.F. Chair was awarded MoMA’s acquisition prize and was recently part of a museum exhibit titled “What Was Good Design?”

Between 1941 and 1947 the chair was produced by Artek-Pascoe (Alvar Aalto’s company). In 1947 Knoll acquired U.S. production rights of the B.K.F Chair and only three years later pursued legal action against a series of imitators. The court ruled that the B.K.F. Chair was too similar to other chairs (including the one upon which it was based, the Tripolina) to claim copyright protection. After losing its claim on copyright infringement, Knoll dropped the chair from its line in 1951. In the 1950s alone, over 5 million copies of the chair were produced by various manufacturers.

Knoll’s discontinuation of B.K.F. Chair production indirectly gave birth to the Butterfly Chair as we know it today. As part of the public domain, the design has infiltrated every echelon of society. Butterfly Chairs are
as likely to be seen in a dorm room as they are to be seen in a high-end boutique hotel. Suitable for indoor and outdoor uses, with some versions collapsing for transportability (unlike the original), this is a chair that can do it all.

Once the Butterfly Chair struck out on its own, it made quite a name for itself. From advertisements to album covers, no other piece of furniture has taken to the pop culture spotlight quite so well. Almost a cradle for grownups, nothing creates the image of relaxation and repose like someone nestled into a Butterfly Chair. It’s as much about lifestyle as it is about pure style. 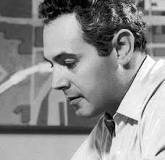 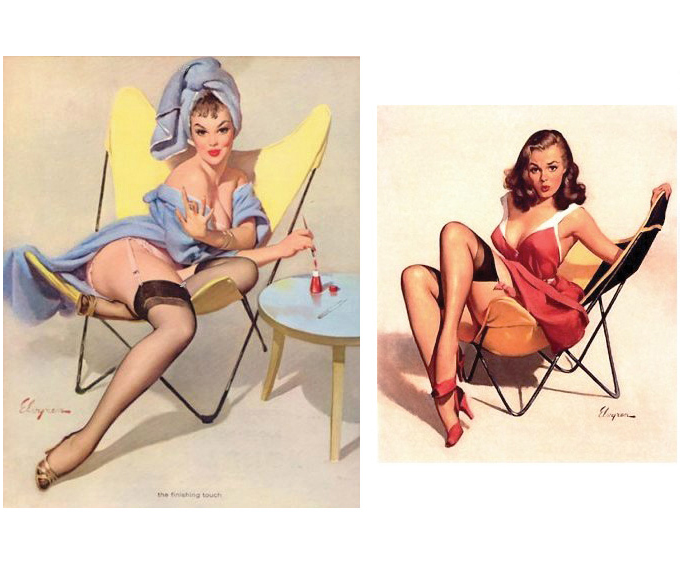 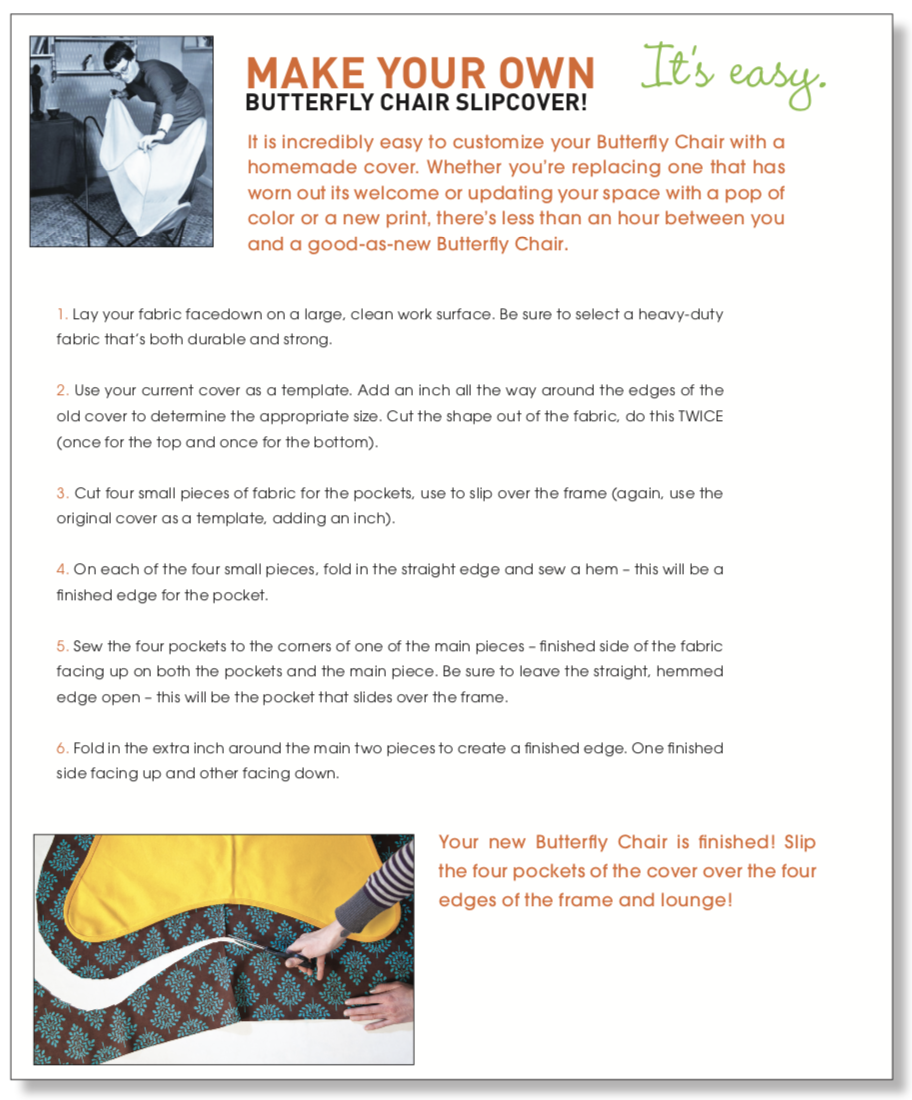