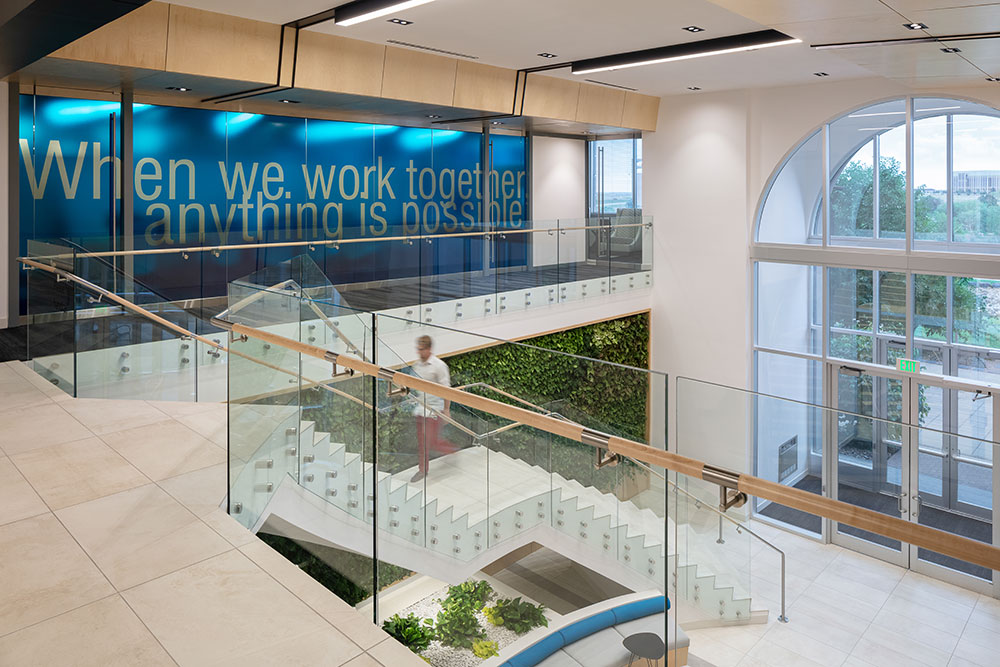 Playing Hard and Working Even Harder

Modern In Denver sat down with Drew Marlow, Principal at Acquilano Leslie, to explore the firm’s continued success for more than 30 years. Marlow credits the passion and collaborative spirit that goes into every project. For Acquilano Leslie, every project is personal. Read below to see what else Marlow has to say. 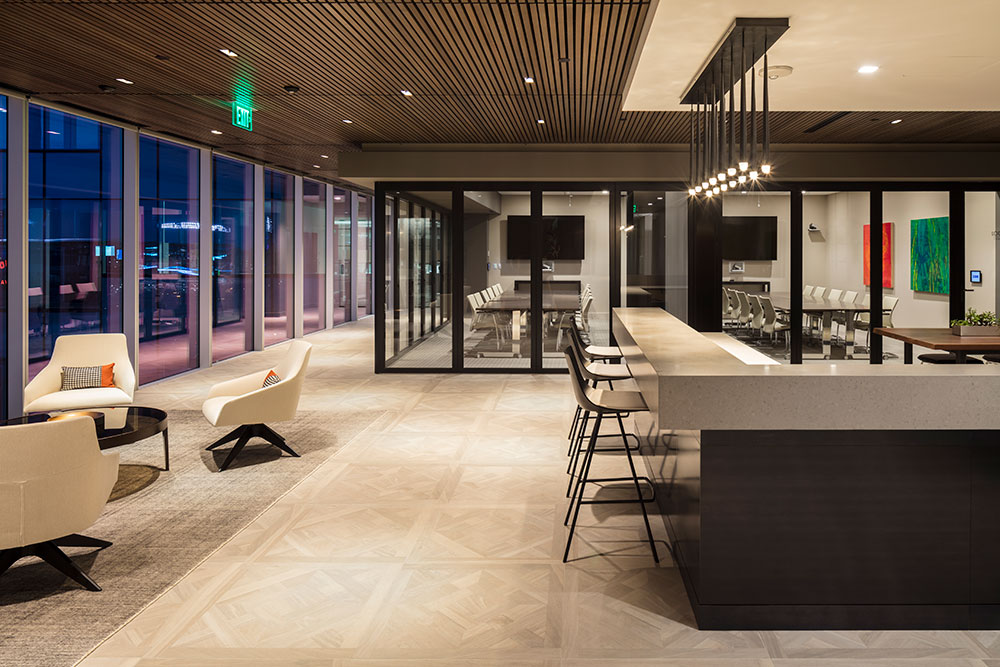 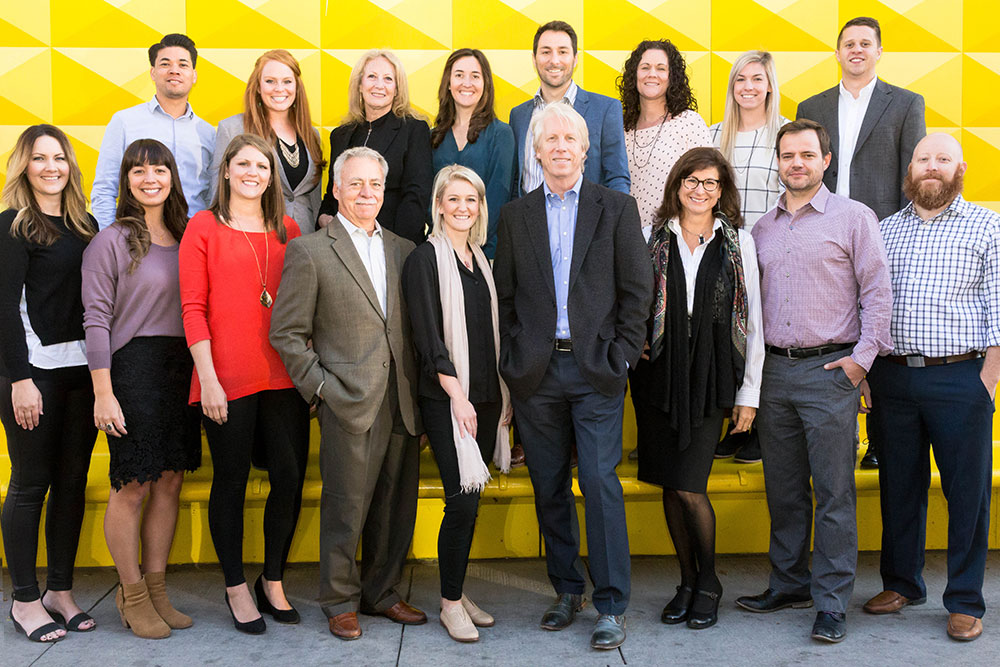 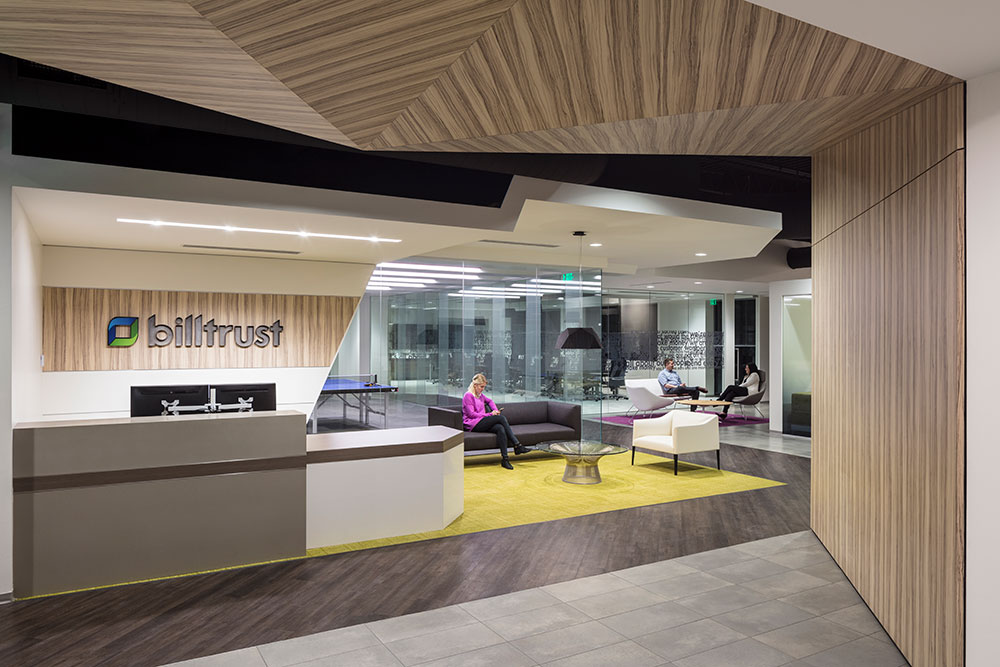 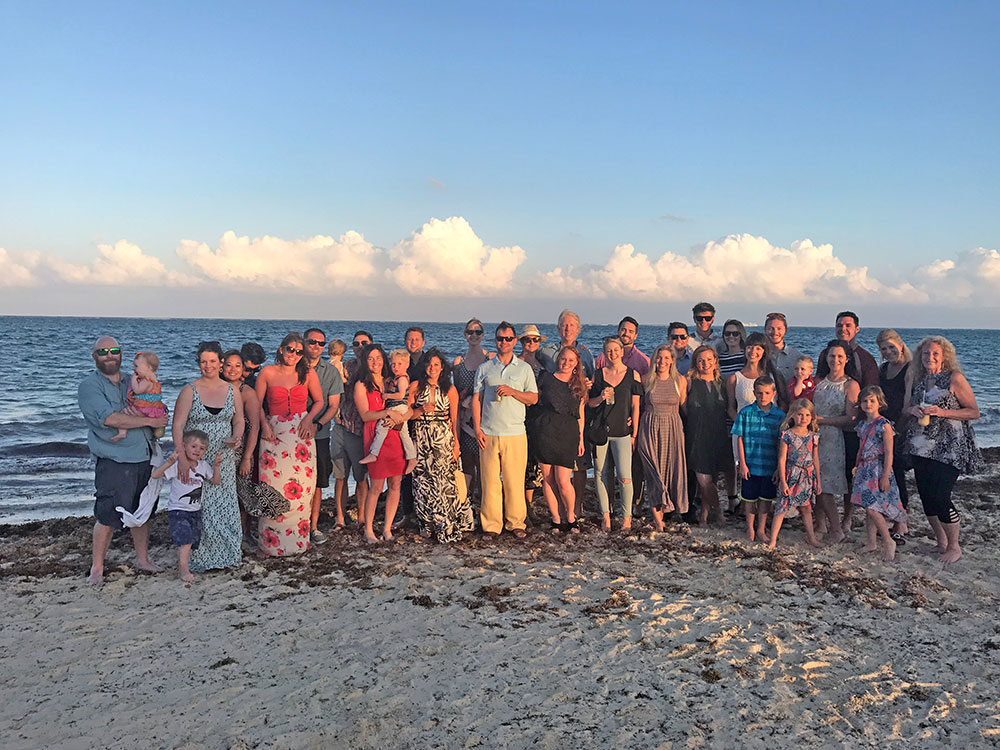 In April of 2017, the employees at Acquilano Leslie, Inc., a Denver architecture firm that specializes in workplace interiors, boarded a Cancun-bound flight with their families. In Instagram posts on the company account, groups can be seen in the pool together, on the beach, raising glasses toward the camera, arms around the person next to them, smiles plentiful and genuine.

In other words, it’s clear these people like each other — a lot. So, it comes as no surprise when Principal Drew Marlow talks about how they work together in the Acquilano Leslie studio.

“If you were to step into our studio, you might be surprised that everyone sits out in the open. There’s no seat hierarchy — we all work together as a team and discover things together,” Marlow says. “It’s a little bit different process than having the old sage that sits in the corner and answers questions.”

This collaborative spirit is something that was strengthened more recently in the firm’s nearly 30-year history when company founders Donna Acquilano and Owen Leslie brought Marlow on board, along with three other principals that include his wife, Melissa, Jill Taylor and Ashley Stinson. Marlow says this “engaged leadership” has helped drive the firm’s egalitarian culture.

“Some days I show up and I’m a marketer, other days I’m a project architect, designer or a project manager. Or I’ll do construction administration or client liaison work. It makes for a lot of variety and that’s really rewarding,” Marlow says.

It’s not a stretch to draw a correlation between the group’s collaborative attitude toward their work and the firm’s success in the Denver area and beyond. Acquilano Leslie brings this collective and passionate teamwork into their client projects, and it’s something that separates us from our competitors, says Marlow. “Where we differ and what really resonates with our clients is probably best described in our tagline: ‘We listen. Then create.’ We like to think of ourselves as a firm that puts a little more emphasis on programming and an upfront understanding of our clients’ drivers, objectives and corporate goals. We try to understand all that, and to do that we do more listening than talking,” he says.

The strategy has been successful in gaining new and repeat business and allowed the mid-sized firm to stay independent while others in the Denver area have been acquired. It has earned them long-term relationships with top-tier clients such as Comcast, Northwestern Mutual, Jacobs (formerly CH2M) and DaVita that extend beyond the original project.

But saying Acquilano Leslie designs office space doesn’t quite paint a complete picture. The team has worked with DaVita, for example, on the design and interior architecture of a clinical research center, dialysis clinic prototype and the company’s corporate headquarters, located at the base of LoDo’s Millennium Bridge. The latter project included 260,000 square feet of space that featured an eatery/marketplace, multiple two-story atriums and water features, outdoor terraces, a tiered auditorium, fitness center and more. They are currently putting the finishing touches on yet another 360,000 square-foot DaVita space, located across the street from the headquarters, that is also “rich with amenity spaces,” Marlow says.

Another recent project included reconfiguring the public spaces for CH2M, which merged with Jacobs in December. “They had a really nondescript entry sequence that didn’t represent their current culture,” Marlow says. For that project, the AL group took the CH2M graphics and branding package and “converted that into the physical form, taking a two-dimensional thought process and extrapolating that into an environment that people can experience on a human scale.” The project design included details that are “authentic to the engineering work” that CH2M/Jacobs does, Marlow says, including exposed rebar metal work and geometric forms coupled with features such as a two-story plant wall and furniture classics from Herman Miller.

In the end, Acquilano Leslie’s success as a firm does seem to originate in each of its team members’ enthusiasm for the work. “I would say that our clients see our passion, see that we care. When we accept a project, we take it personally. We talk about it at home with our families; it’s on our minds 24/7. We’re noodling over stuff, getting it down on paper or thinking about how we present our ideas.

“At the end of day, that’s visible to our clients.”

It also means that company outings, whether a trip to Cancun, annual ski trips or a spontaneous Friday happy hour excursion, are just another perk of the job. “We’re a tight knit group,” Marlow says. “We celebrate our successes together.”