THE ELEANOR BOATHOUSE AT PARK 571 IS ONE OF TWO BOATHOUSES COMPLETED BY STUDIO GANG FOR THE CITY OF CHICAGO.

THE BOATHOUSE INCLUDES STUDIOS AND COMMON SPACES FOR COMMUNITY USE – YOGA, ROWING, AND AEROBIC CLASSES ARE HELD ON A DAILY BASIS – IN ADDITION TO THE STORAGE SPACE FOR ROW TEAM BOATS. 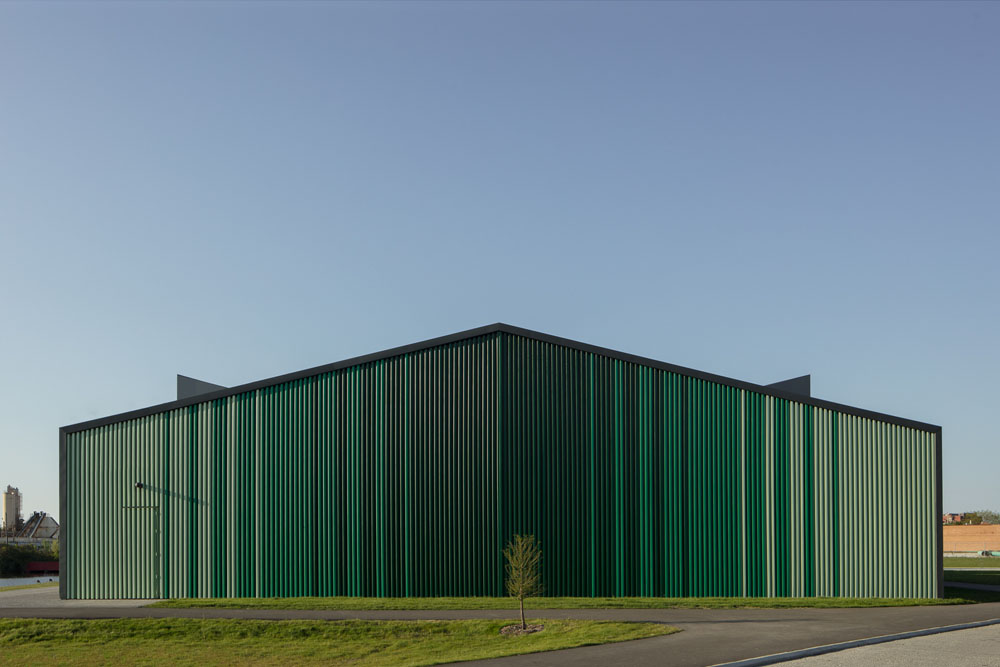 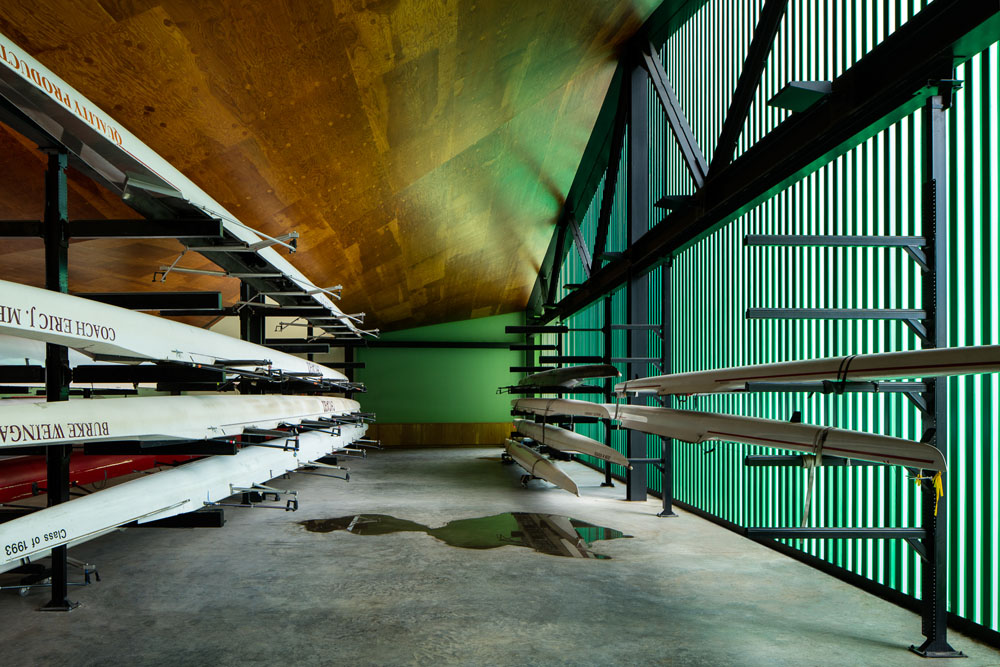 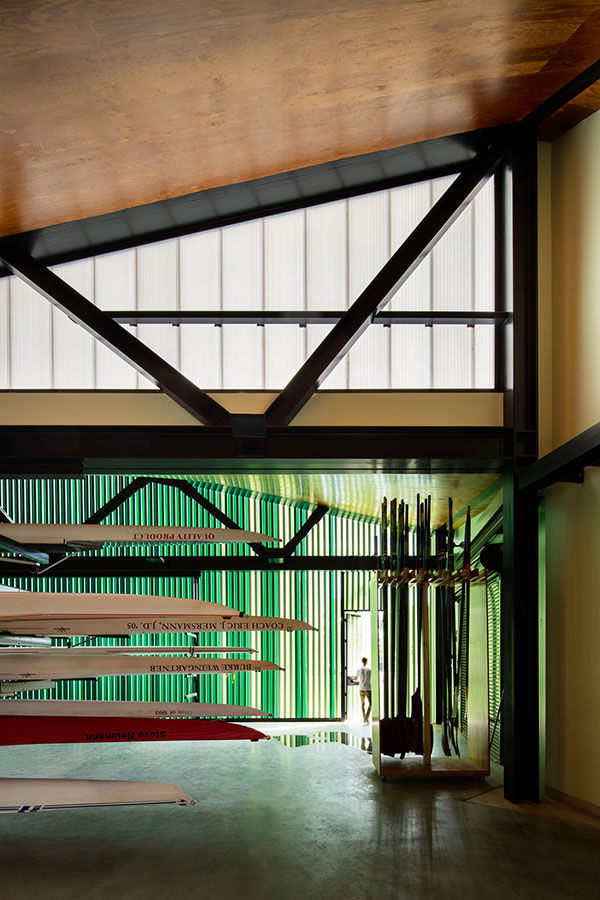 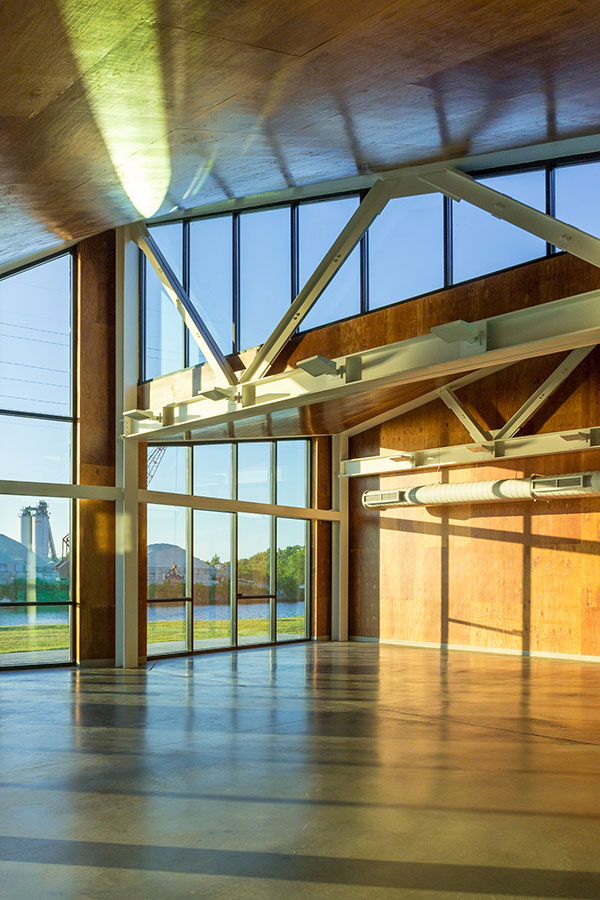 The appearance of the boathouse changes drastically depending on your angle. The rooftop, which was designed to emulate the motion of rowing and constructed of two different truss shapes, rises and falls with each step. This rhythm is continued as you meander through the space, with its south side consisting entirely of an open air window screen and the zinc facade that reflects the light on the water.
Placed in the Bridgeport neighborhood of South Chicago, it’s not far from Chinatown, where you can hop a water taxi downtown to the Loop, and with up and coming restaurants and boutiques of its own, it makes for a perfect afternoon on the water.