THE PLOT AT 150 NORTH RIVERSIDE LAY VACANT FOR OVER 50 YEARS BEFORE GOETTSCH PARTNERS BUILT THE CORE-SUPPORTED SKYSCRAPER THAT NOW STANDS.

“It was a pit of dirt, and a seriously complicated site,” laughed principal Joachim Schuessler as he explained the the development. The property was originally three separate parcels: one privately held, one owned by Amtrak, and one by the city of Chicago. It wasn’t until developer John O’Donnell was able to coordinate the purchase of all three parcels that something could be constructed. Even then, the land was bound by bridges on either side, by the the riverfront, and by active train tracks. “It was a real estate and development challenge to put the land together, and an architectural and structural challenge to actually put the building together. There was really only one corner to land the building, and that drove its entire design,” shared Matt Larson, Chief Marketing Officer at Goettsch. 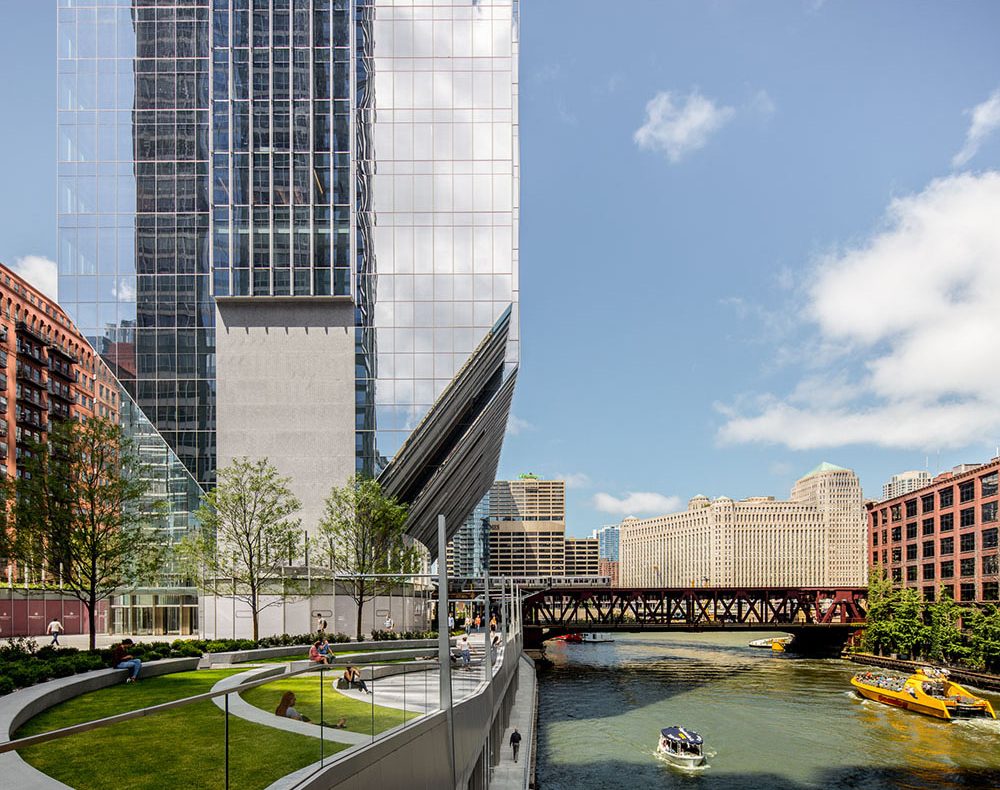 The large, atrium like lobby is just as much a defining feature of 150 as its unusual shape. Once inside, the lines between out and in are blurred. “It’s transparent in all kinds of directions,” says Schuessler, alluding to its design and manifestation. “To break up the reflection of an all glass building, we added the fins to create a texture, and some response to the surrounding neighborhood.”

With a rotation of installation art videos playing on LED strips, to the ambient movement of water, boats, trains, cars, to the calming native grasses and trees that surround the space, 150 brings a new representation of skyscraper to the table. 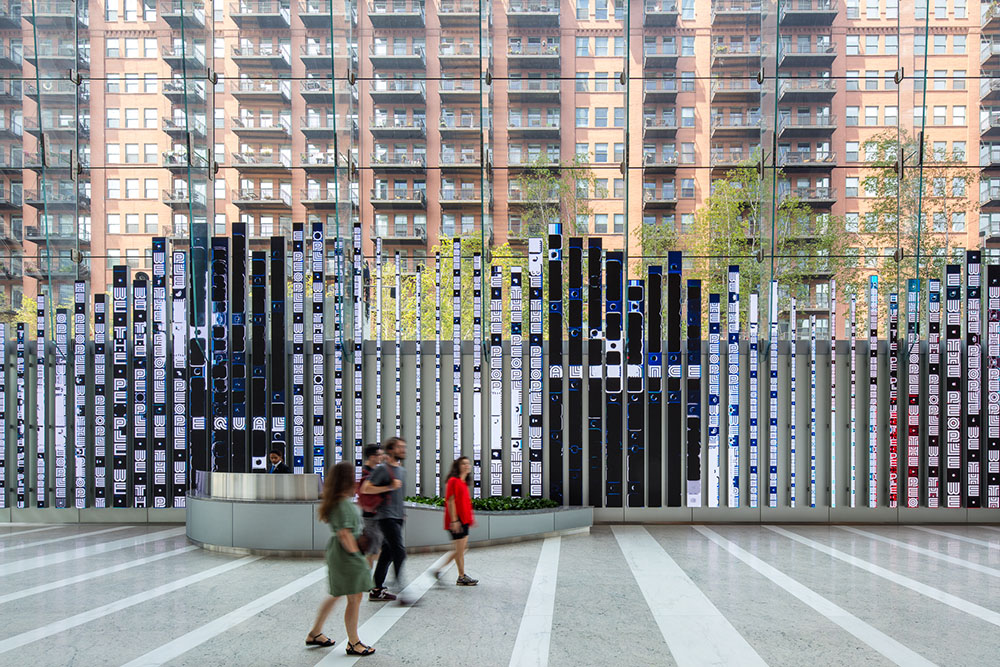 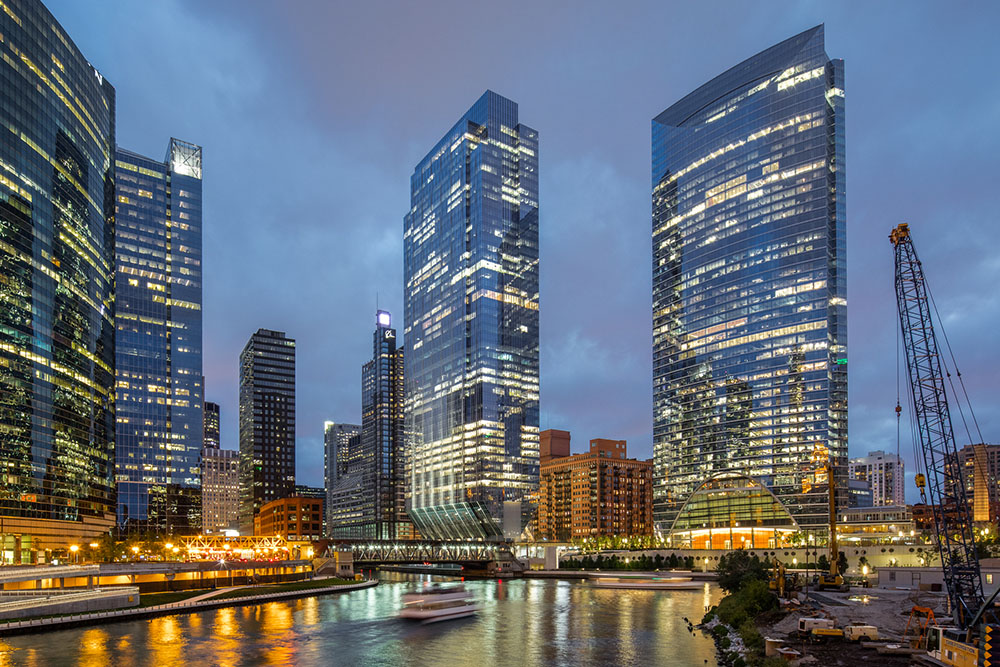 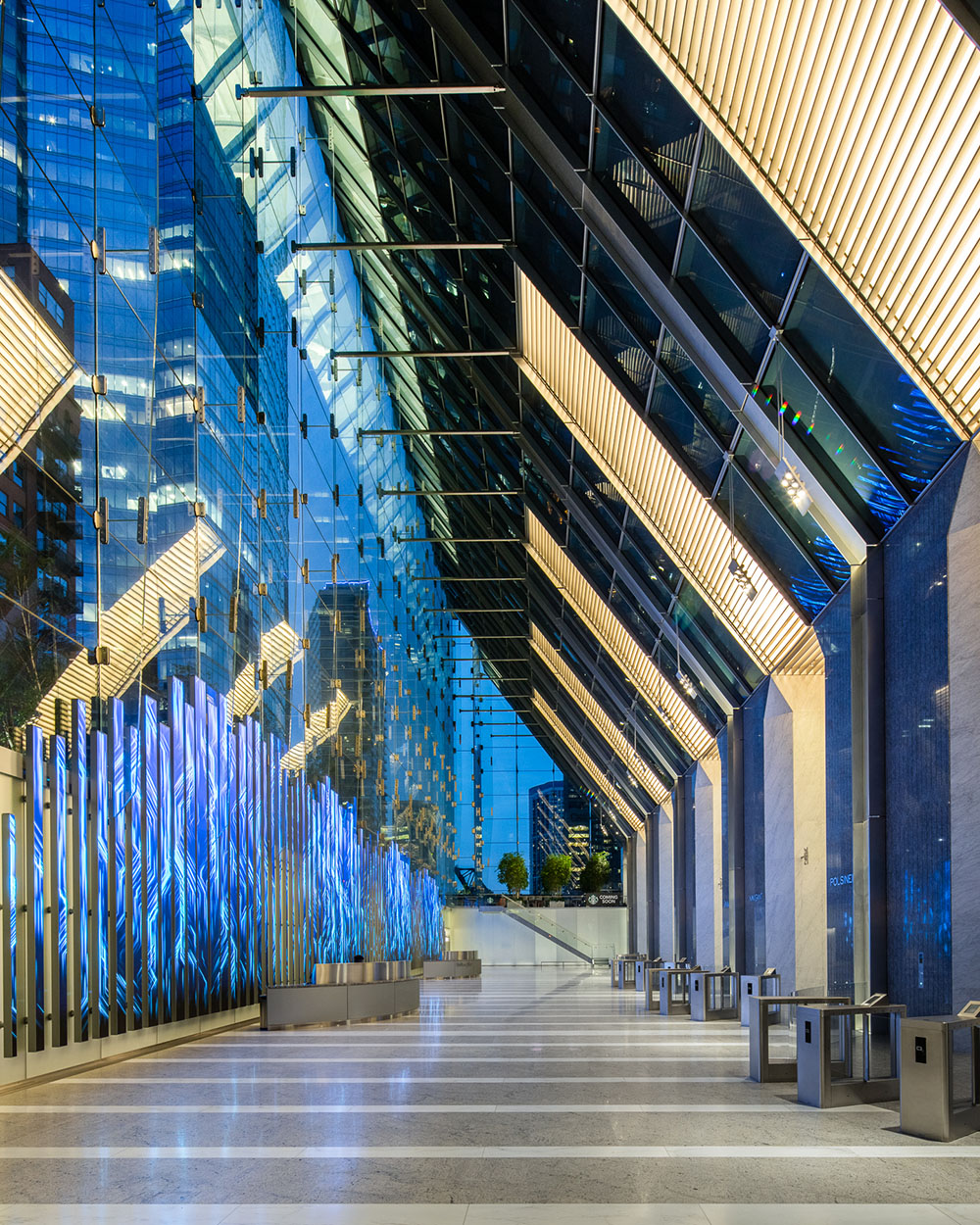 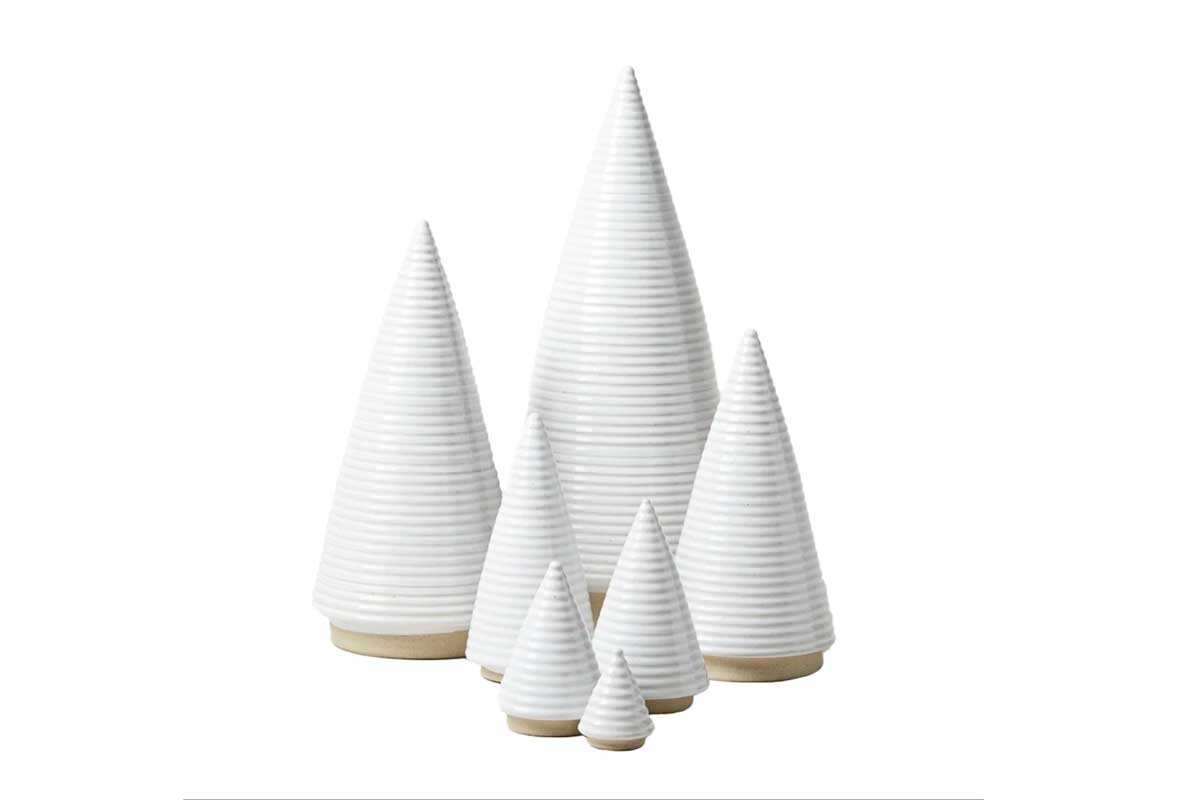