“WE DIDN’T WANT A FLAT WALL, BUT SOMETHING MORE DYNAMIC,” SAYS CAZES MARTIN OF SA+R, WHEN HE AND PROJECT JENNY OREAMUNO LOOKED TO ACTIVATE A BLANK WALL THAT SPANNED 34 FEET TALL AND 10 FEET WIDE. 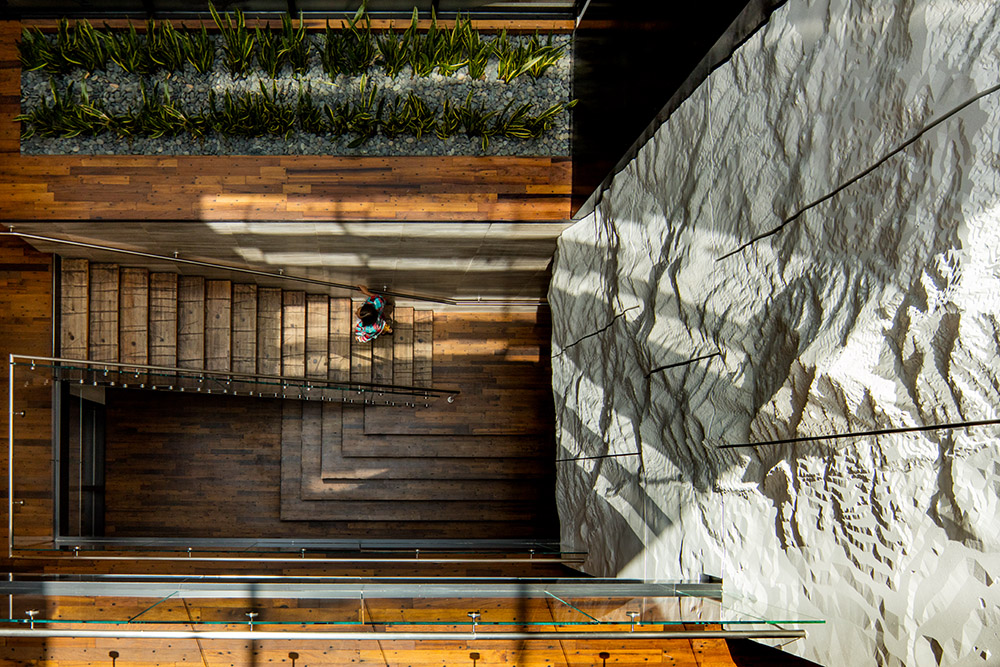 “The building design included a central light shaft connecting the ground floor lobby space to the office levels above. It’s right at the center of the building – really the heart of the whole project. We wanted to tie it back to nature, and use the natural light and the shadows that move over the wall.” The inspiration for the piece came from the original concept that rang true throughout the five-year building project: the edge condition. 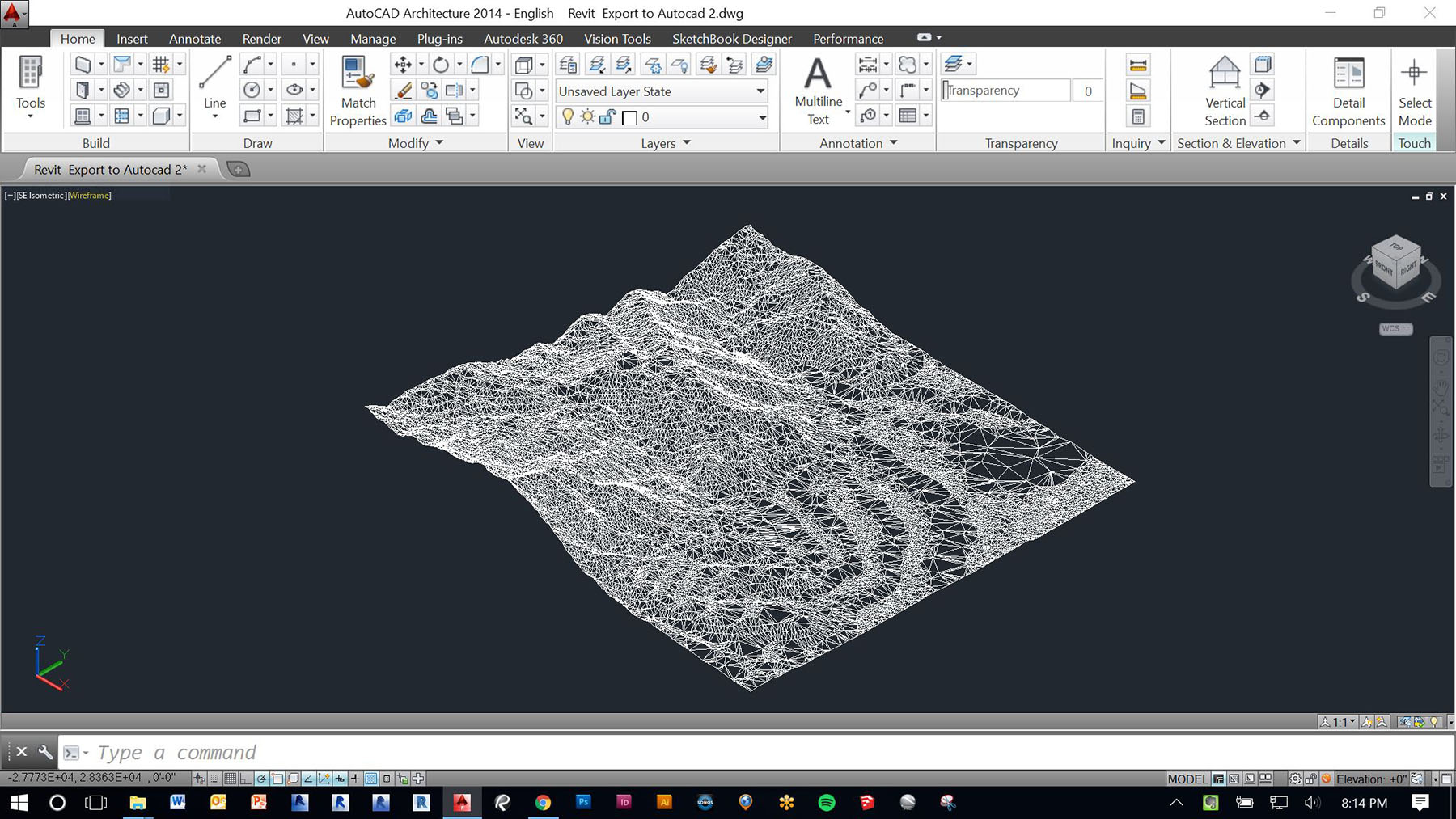 A wilderness city where east comes crashing into west, a location where the pedestrian mall ends and a residential neighborhood begins, a transition where vibrant and urban meets rugged and natural. Martin and Oreamuno brought this idea into the wall, he says. “The Topo Wall was all about the edge, just like Pearl West. The edge of the Pearl Street Mall. The edge of the mountains. The edge of the west. The edge between nature and the built environment.” 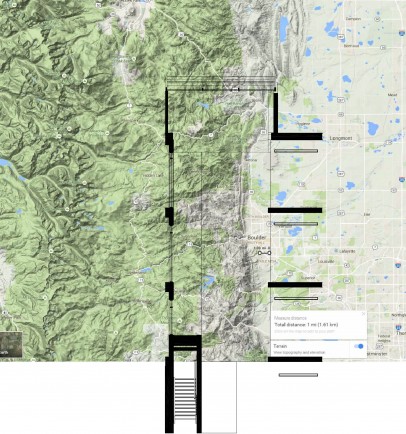 Constructing this edge piece, however, proved to be a challenge, and demanded continual innovation from process to materials to installation. It was then that Martin and Oreamuno enlisted Scott Bennet of House Fish and Dan Sjogren of Sjotime Industries for design and engineering expertise. “We received a series of surfaces from SA+R, generated from geographical data – essentially a carpet of points in 3D space, comprising the Front Range, and forming triangular facets.

We split it into layers and cut each layer on the CNC router roughly to its final shape,” Sjogren explains. The entire wall is made up of these layers laminated from sheets of MDF (medium density fiberboard). When stacked, these layers create a topographical view of the Front Range that extends from Coal Creek to Lefthand Canyon, rippling out from the Pearl West building in Boulder as the central point. 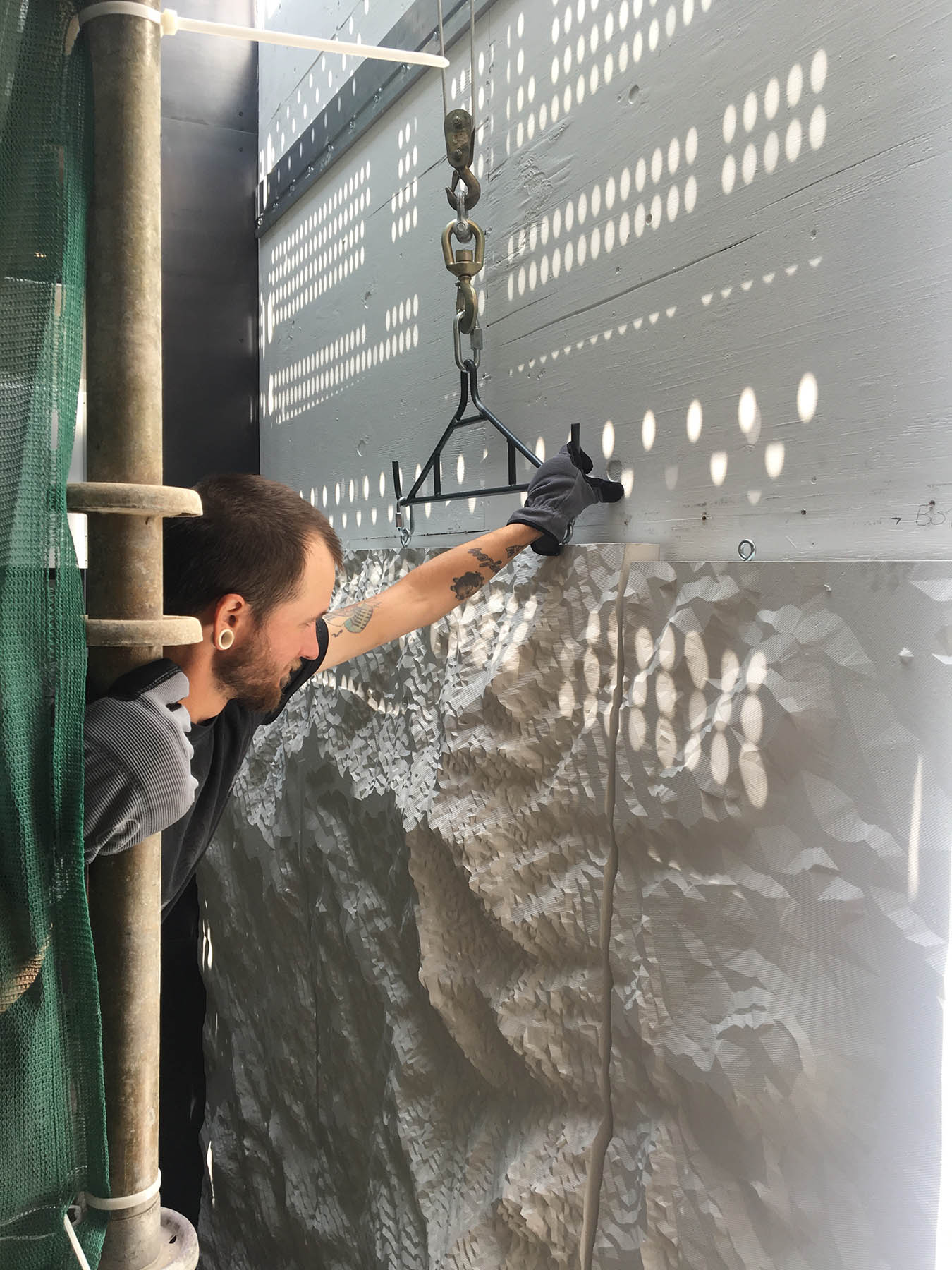 “We wanted to subtly identify where the project is on the map,” Martin shares. “When Scott told us we had a choice in how to run the tool path, we set the project as the center and ran the CNC radially.”

Installing the mammoth piece, which was broken down into 15 panels, the heaviest of which weighed in at over 500 pounds, “Took a lot of pep talks, and a lot of convincing,” Martin says with a laugh.

Because the building was already occupied, the installation took place over the course of two nights by a team of sign installers. Due to the severe workspace limitations of the stairwell, each panel was winched up vertically through a mechanical pulley, then hung off the wall in a custom-engineered French cleat system. “In the end,” Bennet says, “It was magical to see.”