NOW IN ITS 34th YEAR OF BUSINESS, SMITHKLEIN GALLERY, 1116 PEARL STREET, HAS THE DISTINCTION OF BEING, NOT ONLY THE LONGEST-LASTING FINE ART GALLERY IN BOULDER, BUT THE ONLY ONE ON THE PEARL STREET MALL. IT’S THANKS IN NO SMALL PART TO A PASSION FOR ART AND AN UNDERSTANDING OF THE EMOTIONAL VALUE IT CAN PROVIDE, THAT HAS KEPT THIS FAMILY-OWNED BUSINESS THRIVING. 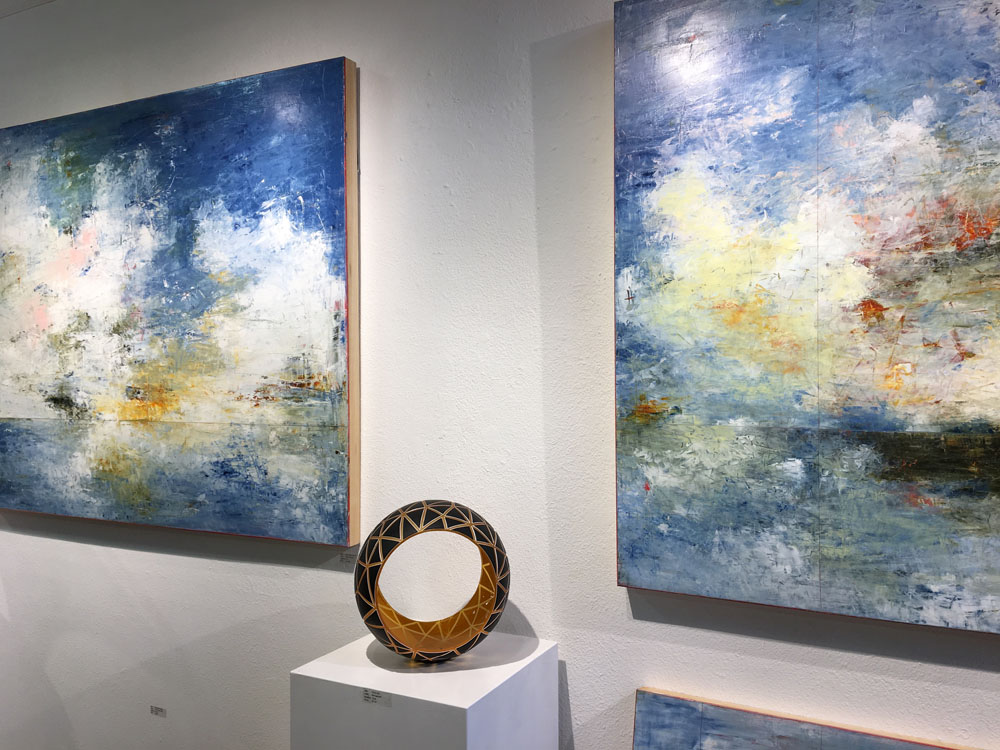 The gallery was opened in 1984 by Debbie Smith Klein, who wanted to create a Santa Fe-style ambiance in her Boulder gallery by focusing on Southwestern and Native American works. Her son Nathan, though, would ultimately transform the location to house a diverse collection of fine art as it stands today.

“I grew up with the gallery,” he says. “It was both my day care and my first job.”

After college Klein moved around, including a stint in New York City as a musician, but sought, in 2005, to return to Boulder to start a family and manage the gallery where he grew up. In 2014, he bought the business from his mom who wanted to retire, and now owns it with his wife Ann, who is a graphic artist/web designer. 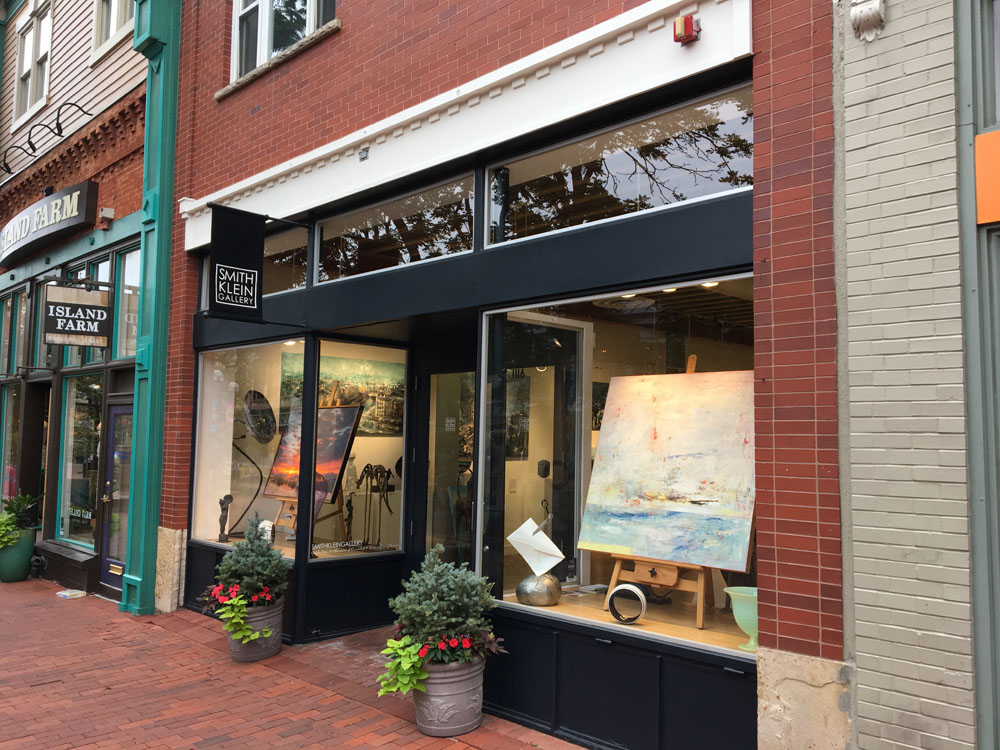 One of the couple’s first orders of business was to change direction, and to modernize. They brought in featured works by likes of Peter Burega, Kevin Box and Hilario Gutierrez whose work will be on highlight during the month of September.

“We got rid of a lot of cases with smaller items and began hanging more gallery style. In the world of fine art, you have to constantly evolve or you’re not going to succeed,” adds Klein. “We have an eclectic collection, and offer a lot of mediums, but we show what we love.” 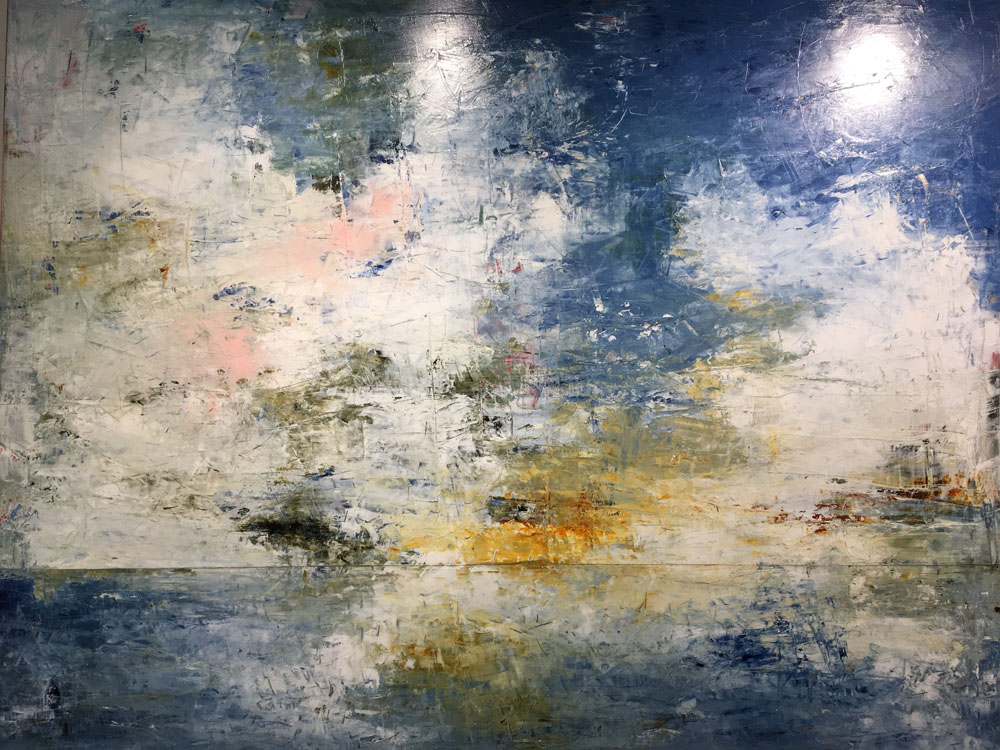 In addition to curating and managing the gallery along with a small staff, Klein offers consulting services to prospective clients. And on installs he’ll accompany art and often artists to homes and businesses.

“Some people know what they want in fine art, some don’t,” he says. “And that service is really helpful. I grew up around fine art and I love to see the reaction of a client during an install, when they truly make an emotional connection and they see the value of art is irreplaceable.”

In addition to their Boulder customers, he notes a strong supporting base in and around Denver, the Front Range and beyond, including shipping around the country and abroad. 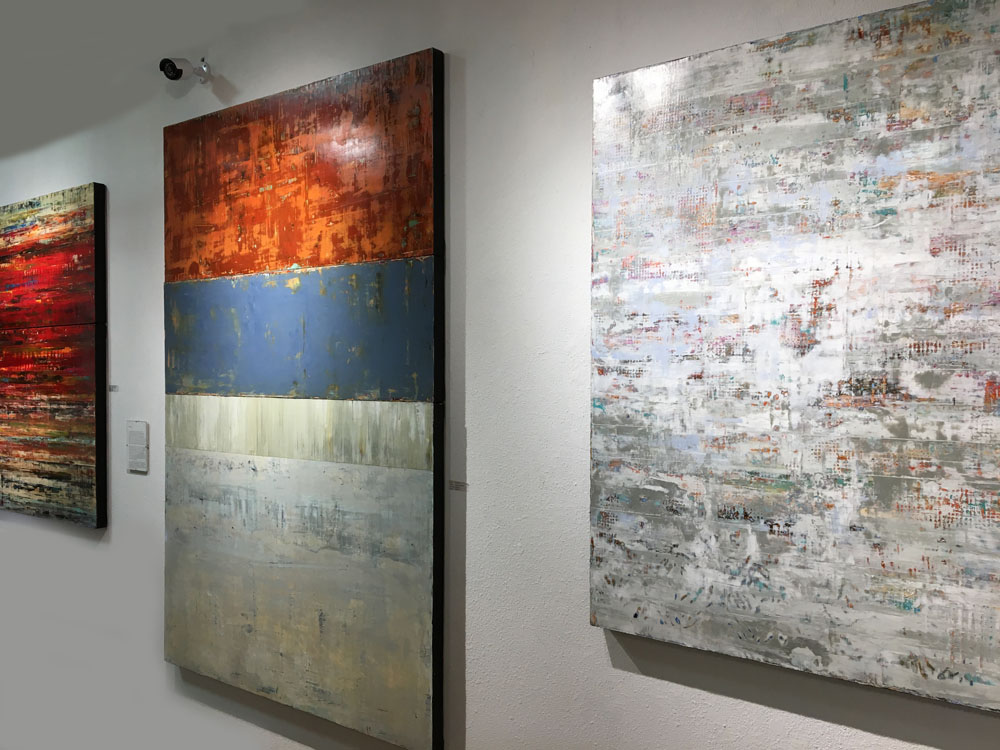 Recent works by Hilario Gutierrez will be on showcase during the month of September at SmithKlein Gallery.

One of the first artists Nathan Klein resonated with was Hilario Gutierrez, who SmtihKlein will be showcasing as their featured artist for the fourth time beginning next month.

“He’s a master of color and color theory,” says Klein. “Working with a palatte and putty knife he makes canvases look like textures such as burlap, wood or metal for example.”

Originally from Arizona, Gutierrez has been painting professionally for over 30 years.

“His work shows him to be a very versatile abstract artist,” adds Klein. “Each painting within a series is unique. He’s constantly offering new ideas and new looks and that’s why we’re proud once again to feature him.”