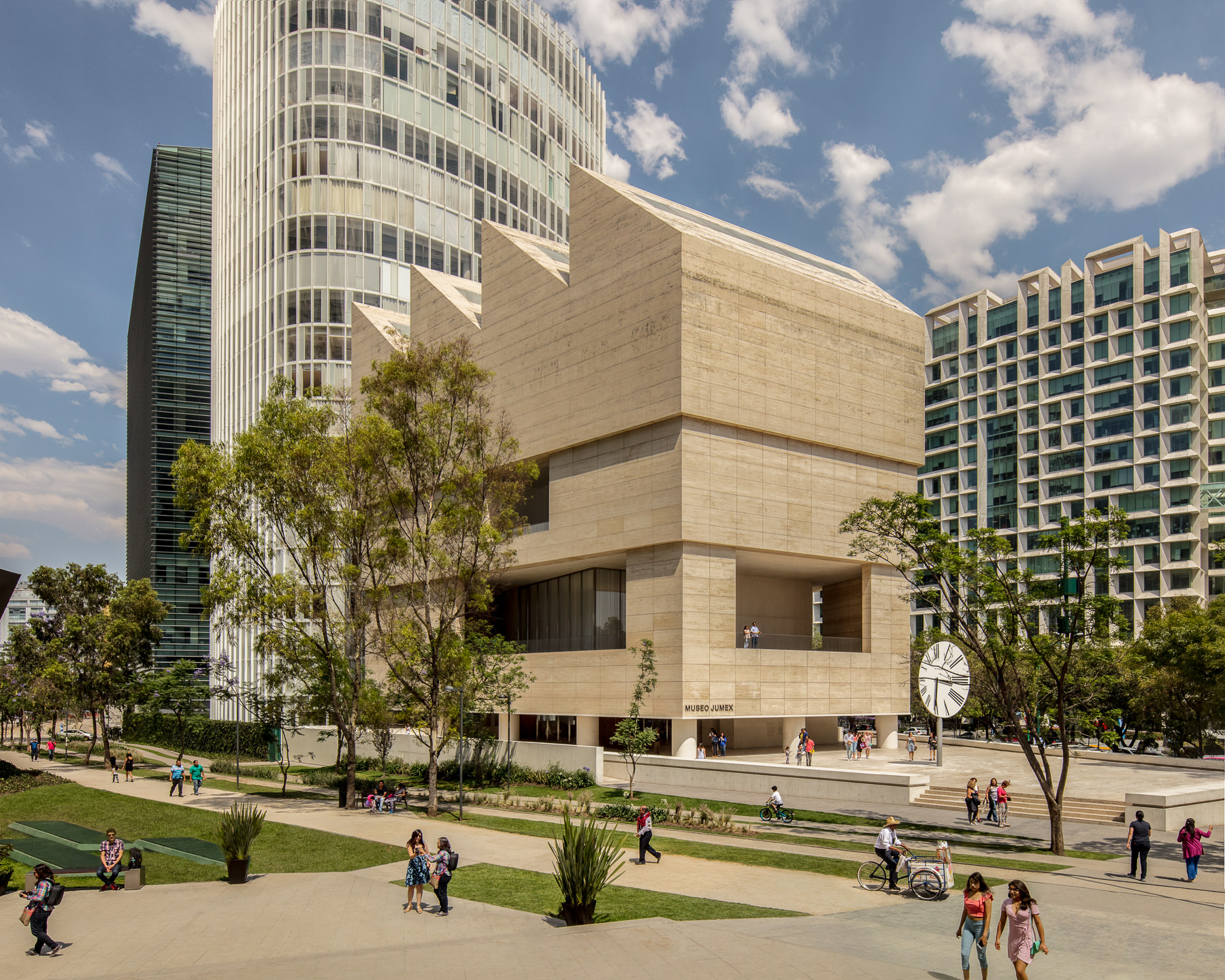 Home to one of the largest private collections of contemporary art in Latin America, Museo Jumex is situated in Plaza Carso, in the Nuevo Polanco neighborhood of Mexico City. This unique, triangular-shaped civic space bound by the gleaming, anvil shaped Museo Soumaya, the black, ominous, underground Teatro Cervantes, and the clean, sawtoothed Jumex, serves as a representation of architecture in Mexico City: where anything goes, with respect given to every form.

In keeping with that feeling of diversity, the museum’s portion of Coleccion Jumex, owned by Eugenio Lopez, features everything from Warhol and Koons to Latin America’s leading visual artists gracing its walls. 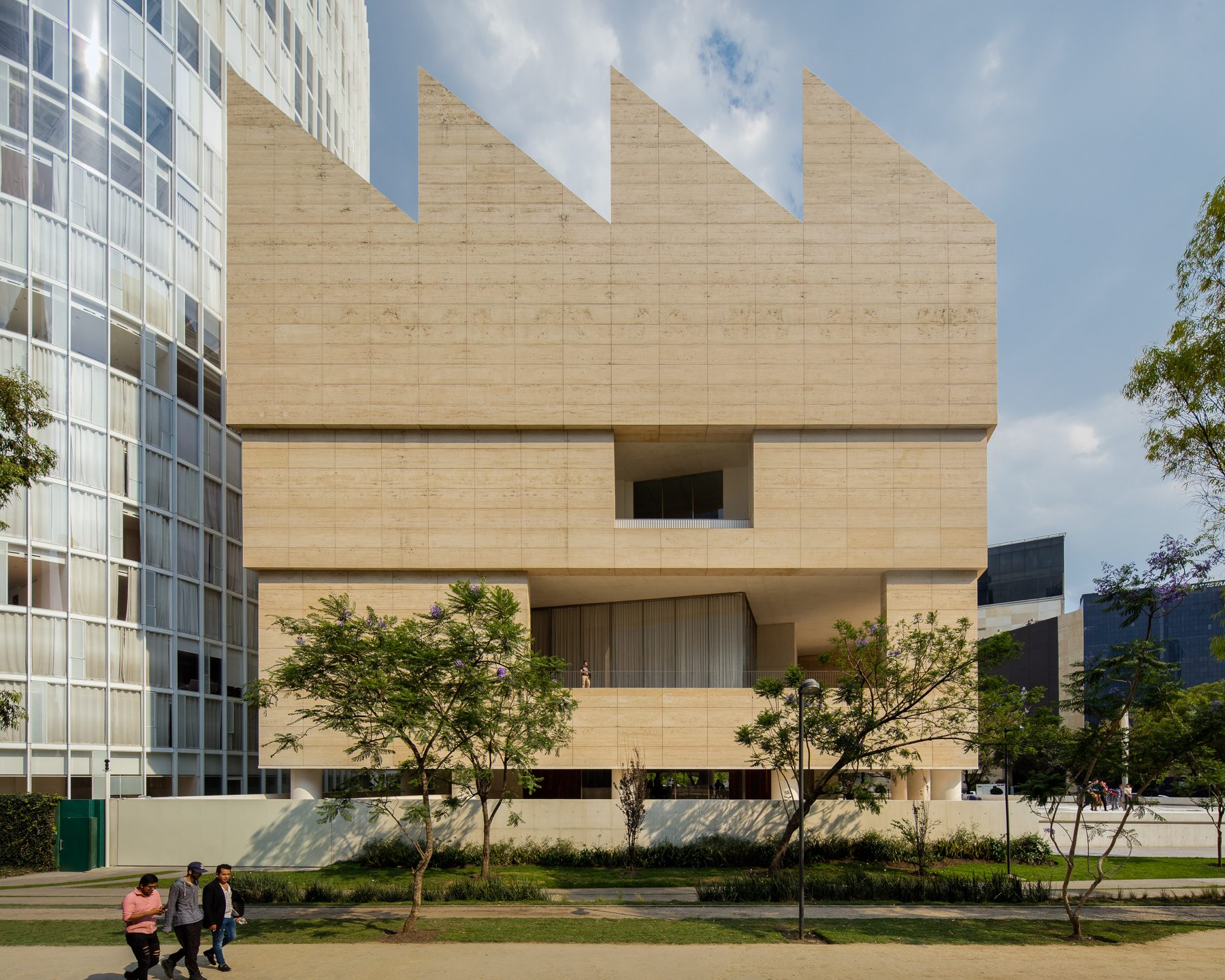 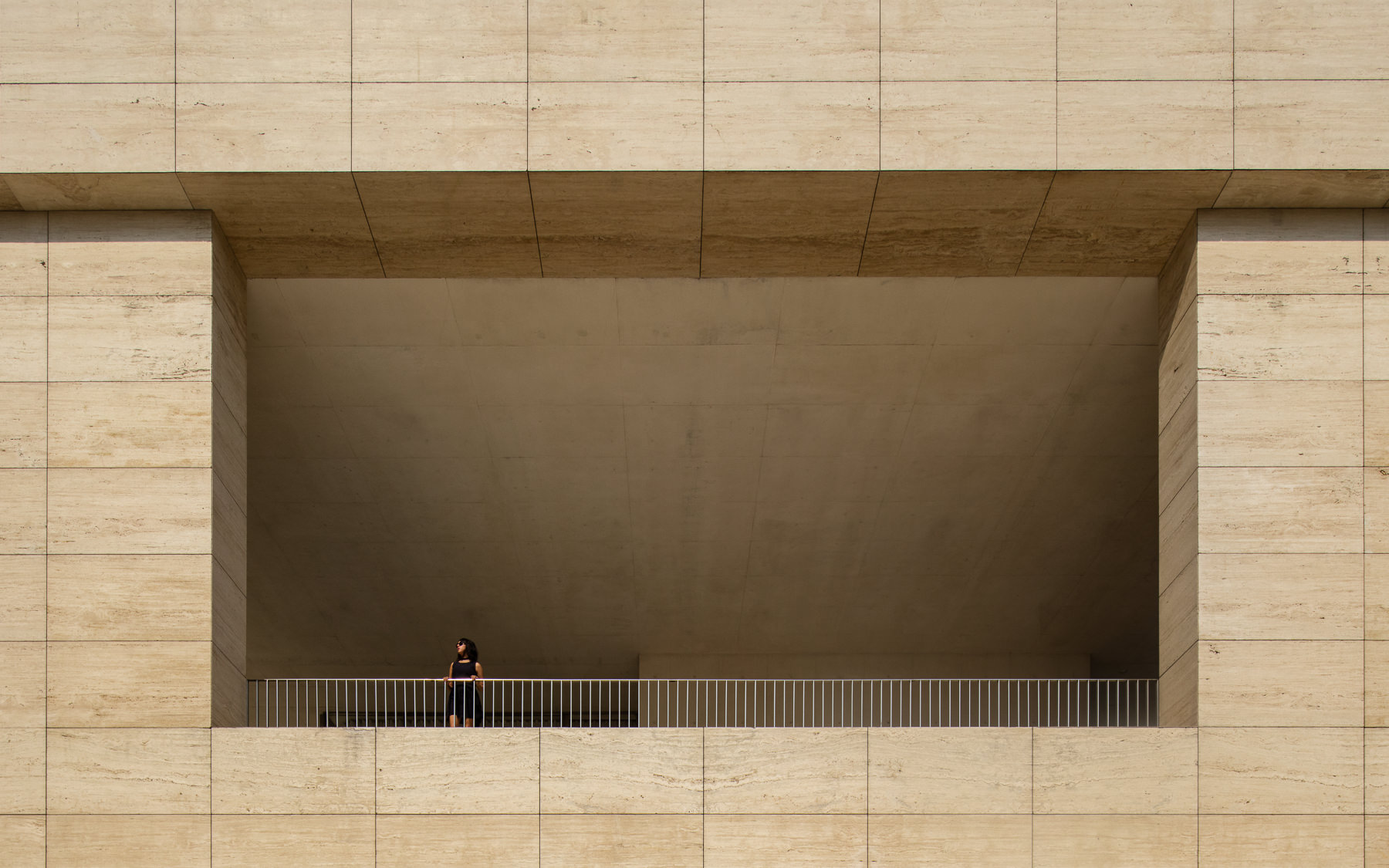 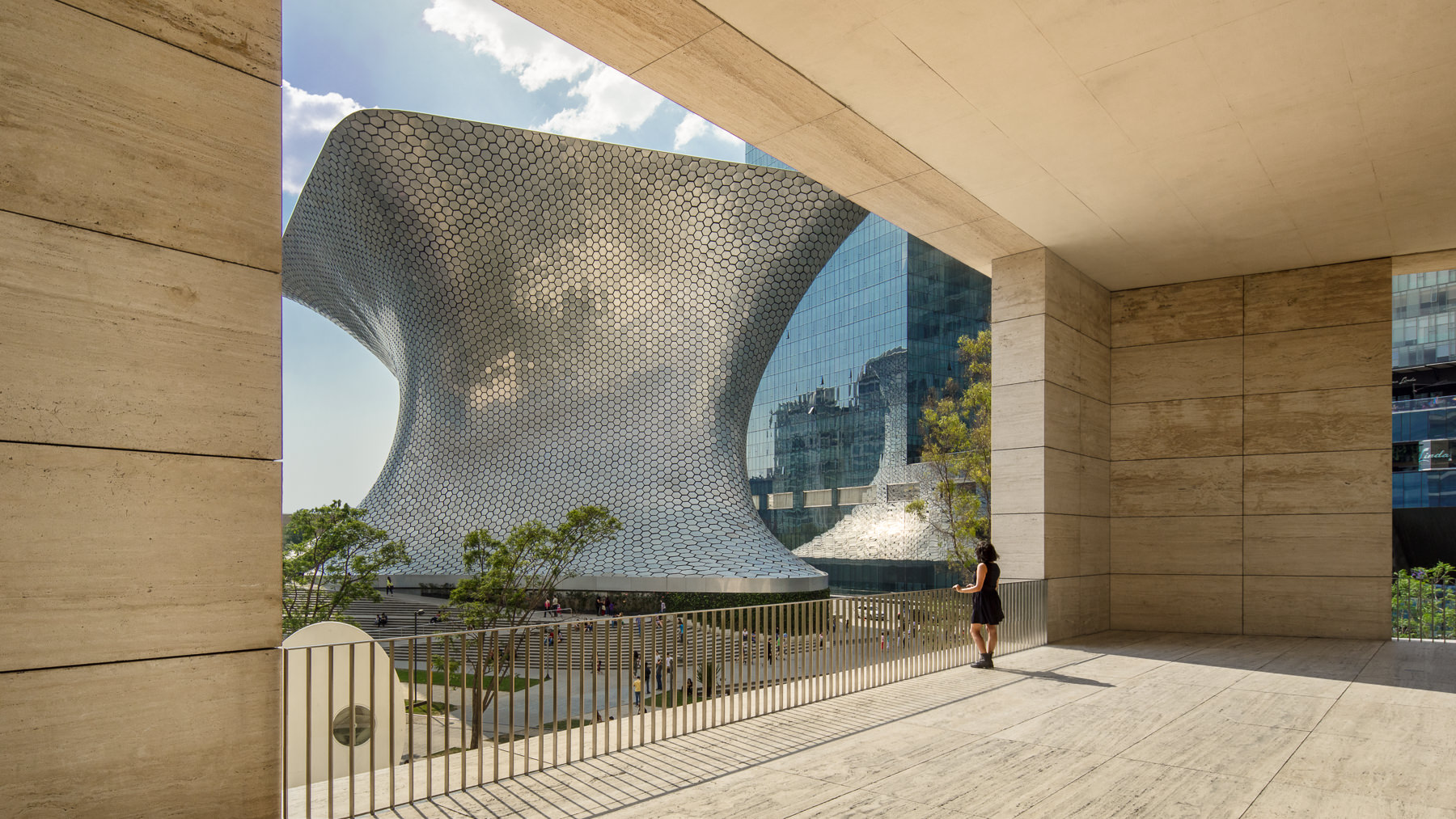 Britain-based firm David Chipperfield Architects (DCA) completed the distinct Museo Jumex in 2013, and, without a cohesive aesthetic tying the neighborhood together, were free to create a building unto itself. The museum is essentially a freestanding pavilion whose massing takes advantage of the unusual shape of its site. This results in a maxed-out footprint that still adheres to local zoning restrictions. 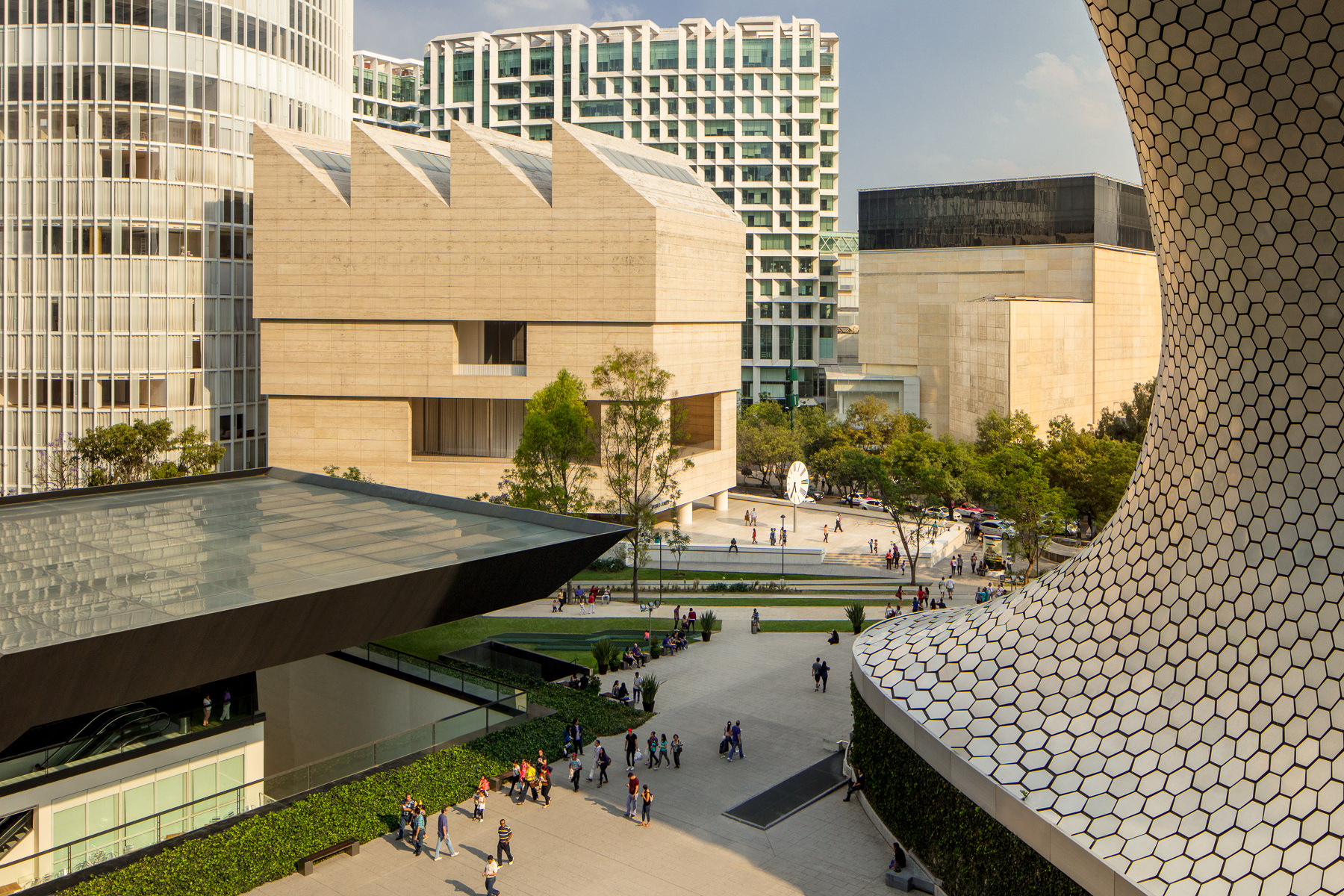 The rooftop, with its sawtooth top, is reminiscent of indigenous sculptural traditions. “Consisting of a steel structure with west-facing roof lights and a horizontal diffuser layer, the roof distributes light evenly to illuminate the artworks and create an ambient light for the space,” DCA quotes. The light, which can be moderated according to the needs of the exhibit, creates a geometric pattern that characterizes the third floor. 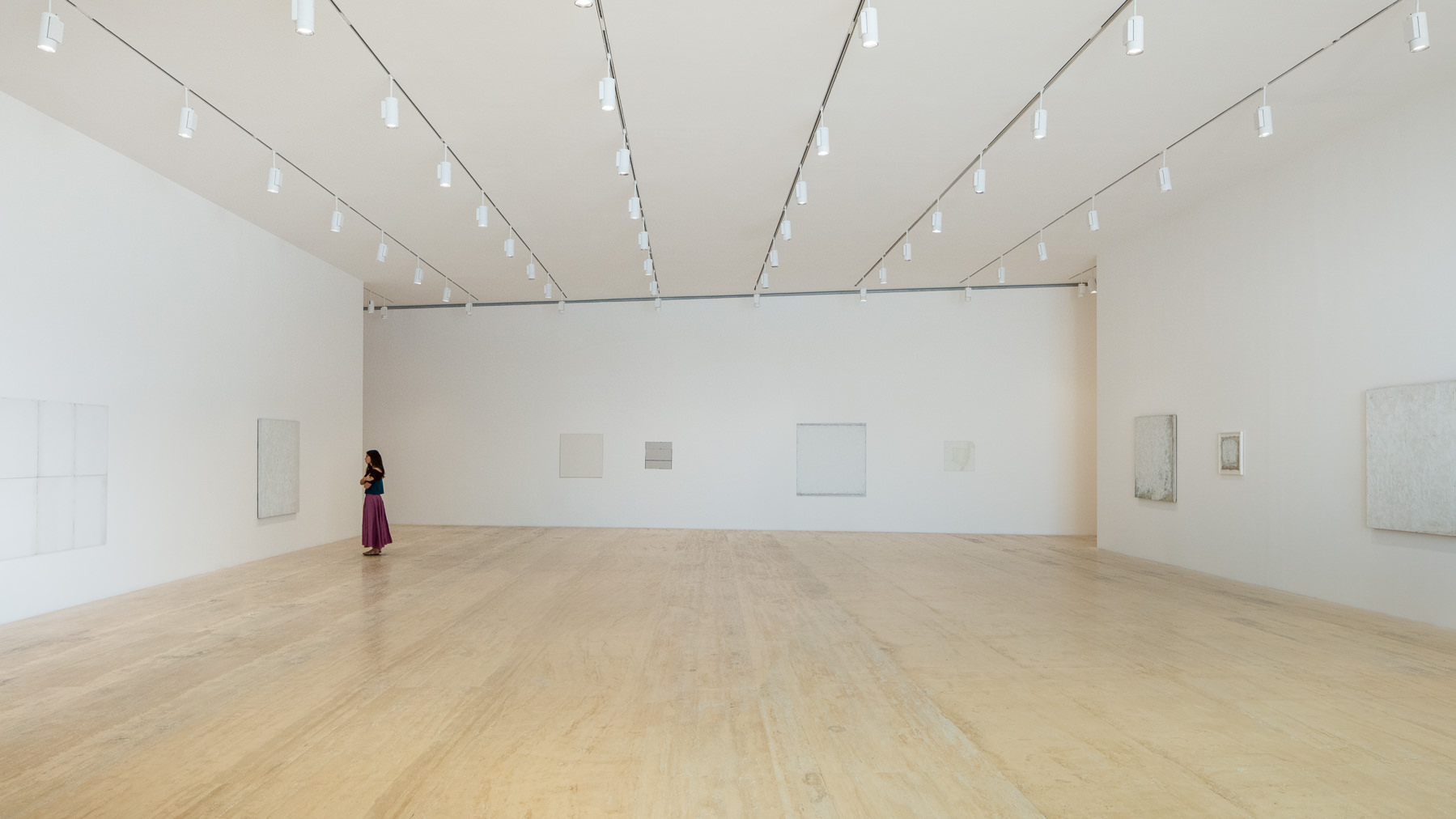 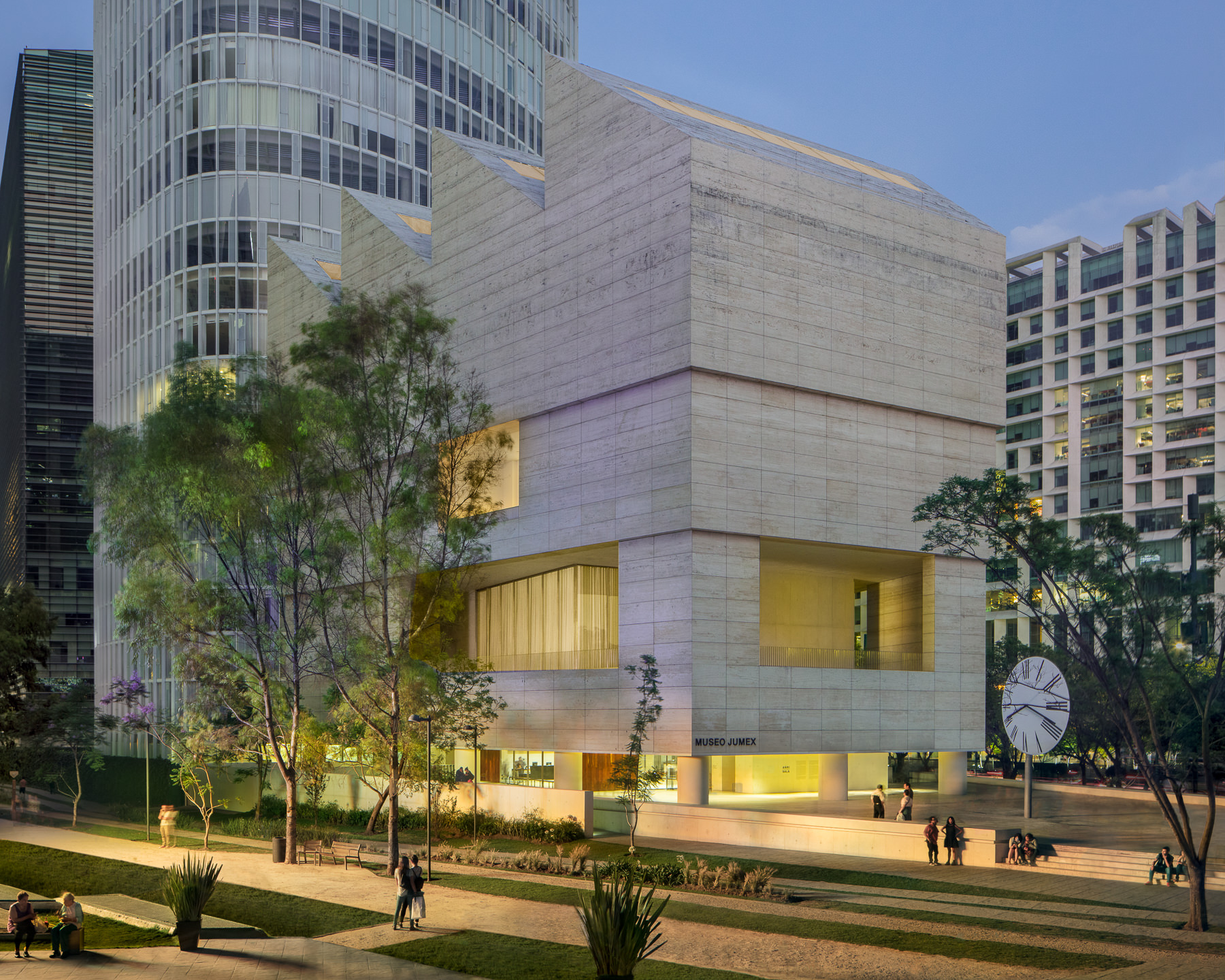