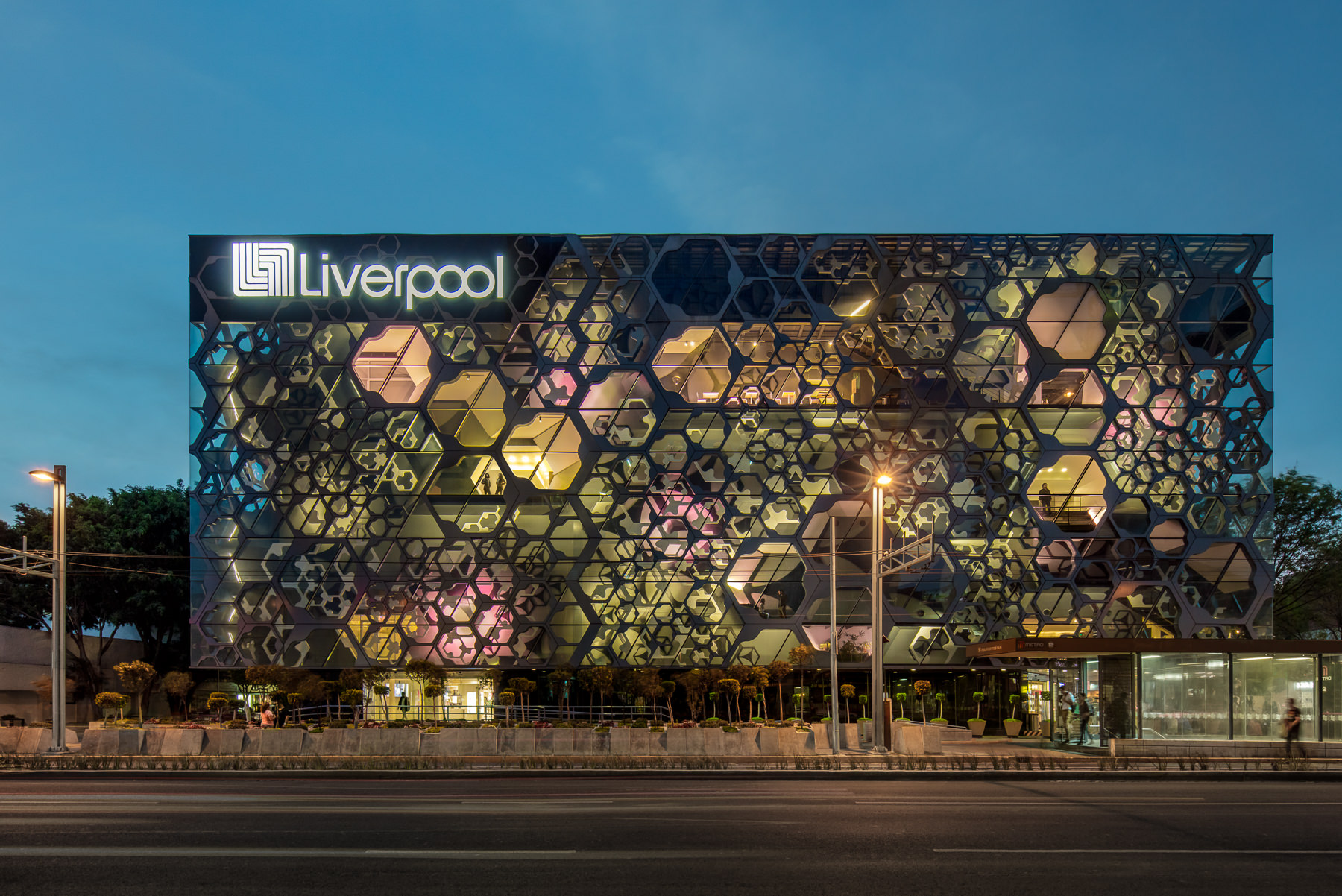 Looking more like something out of a science fiction movie than your average corner building, Liverpool Insurgentes, designed by Rojkind Arquitectos, stands out in the Barrio Norte neighborhood of Mexico City. That’s because Liverpool, a Mexican department store chain, asked Rojkind to shatter the “big box” store-design template and bring modern architecture to this Mexico City neighborhood. They got their wish…and then some.

This one-of-a-kind building features a 10-foot-deep facade consisting of multiple layers of steel, fiberglass, aluminum, and glass, a construction masterpiece fulfilled by Boulder, Colorado-based Studio NYL. Constructed to change in appearance as you walk by, the facade provides the unexpected. To the viewer, it appears in a hexagonal pattern. Those on the inside have an elevated vantage point to the city below, and those on the outside are invited to look in.

“Most department stores, after the 80s, they didn’t have windows to the outside because they didn’t want clients getting distracted from buying,” shares Michel Rojkind, leader of the world class Rojkind Arquitectos and native of Mexico City.

With Insurgentes, that “don’t-let-them-get-distracted” mindset was flipped on its head. “It’s super important to me to have this communication part of society, where you look at what’s going on on the inside — it’s kind of a reflection of what’s going on outside.” 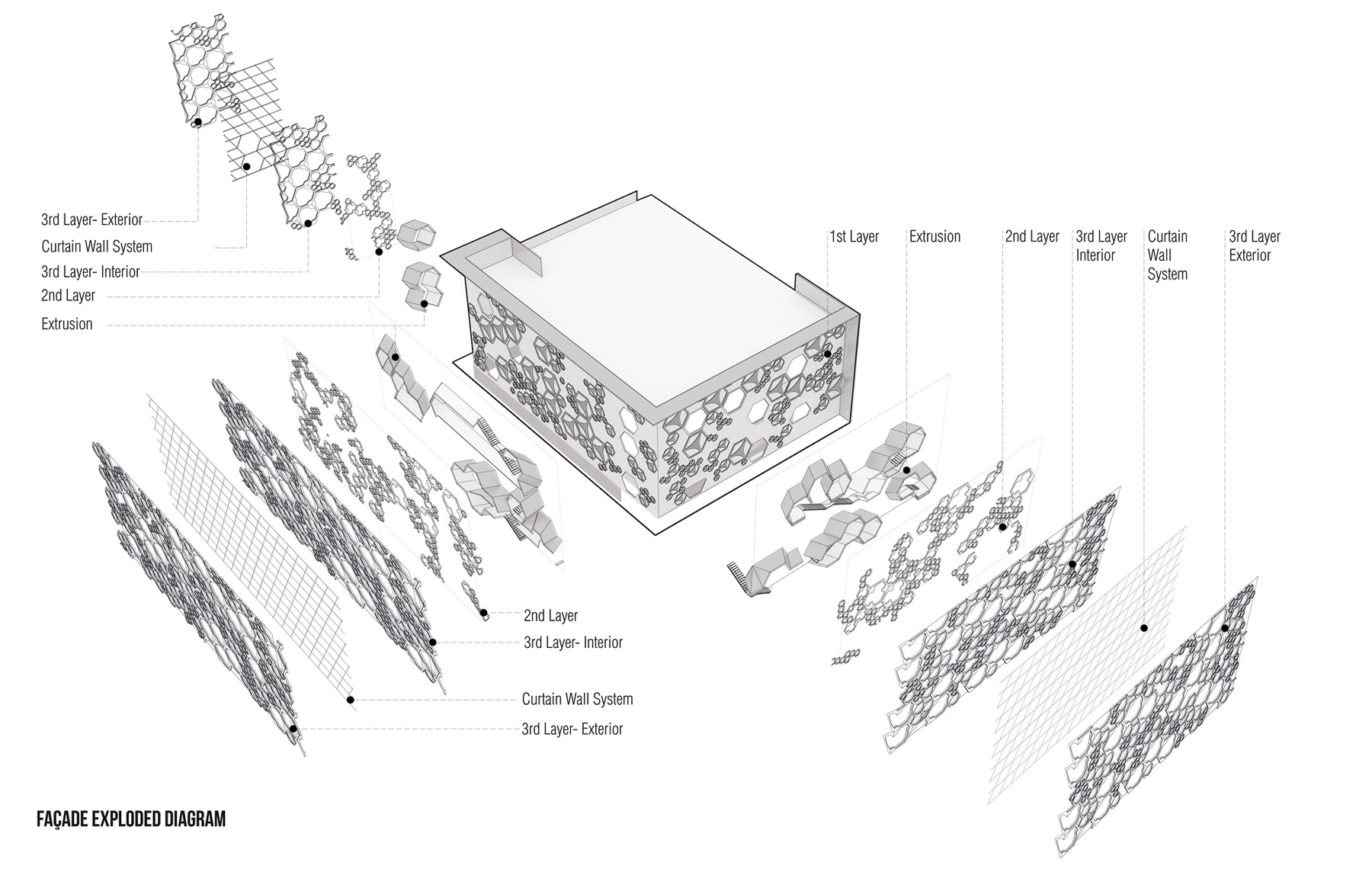 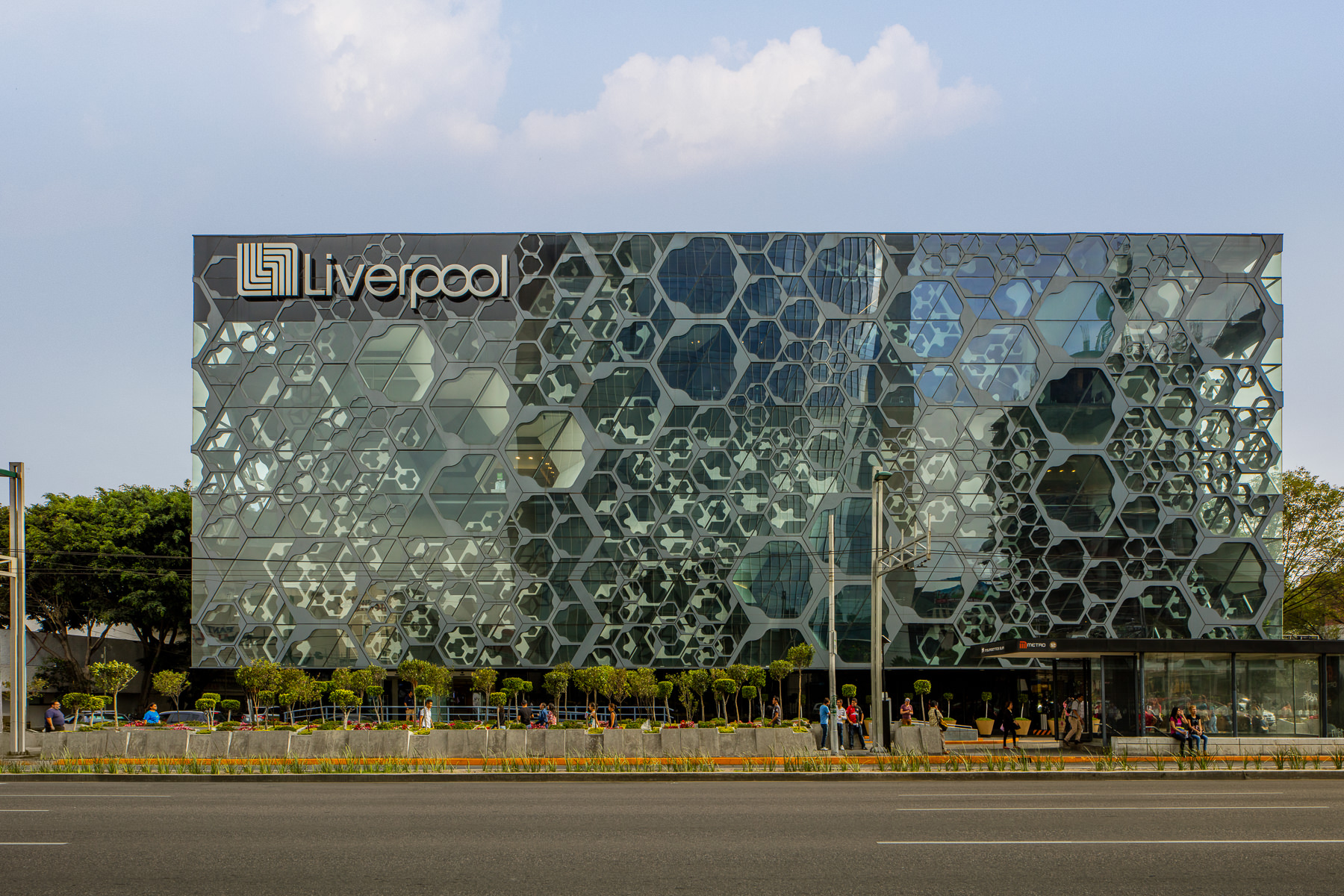 As the light wanes throughout the day, Liverpool comes alive. “We wanted the lighting design to be something that really evoked something living, like the light kind of pulsing, breathing, making it more organic, so these light bulbs are almost like a heartbeat, reflecting what is going on inside connecting towards the outside of the store.”

Armed with an innovative design and dynamic space, the architect pushed for the department store to be a platform for much more. The “living” facade was created curated as multi-use space, with a digital radio station, co-working offices, and food purveyors. 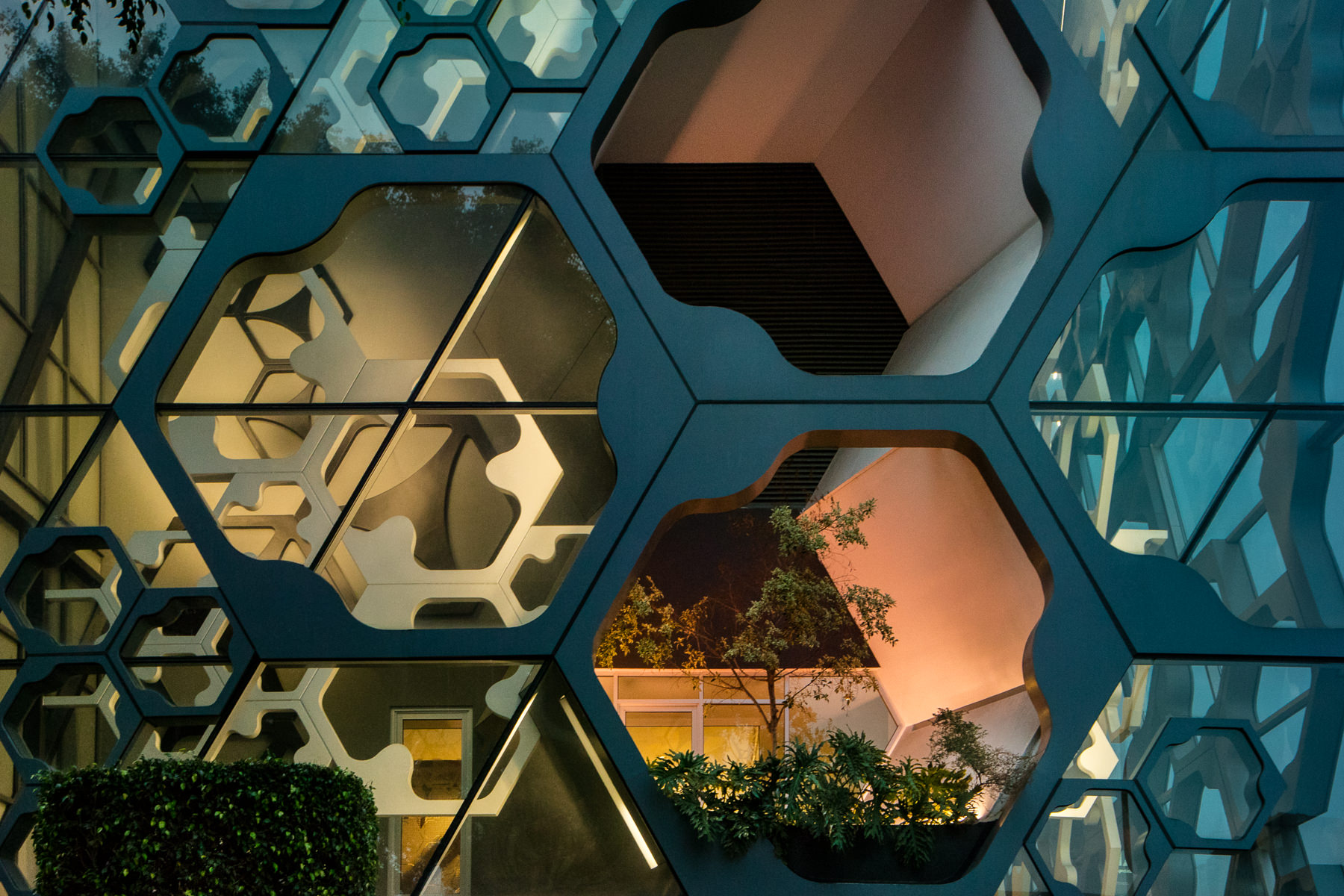 “We’re so used to all of these graphical patterns that are super 2D, super graphical and not architectural,” says Rojkind. “You have these hexagons, of course it’s a nice pattern, but it’s also an inhabitable pattern. The façade can have an additional program that relates to what the department store sells on the inside but really enhances the experience of the department store in general. In the end, you can go inside the pattern and have a coffee — and I think that’s the most interesting part.”