Named for an esteemed housekeeper who resided there for more than 70 years, the Ignacia Guest House is a hidden gem in the uber-hip Colonia Roma district of Mexico City. Originally a private mansion constructed in 1913 and recently restored to bring in an exciting modern sensibility, it currently stands as the ideal balance of historic and modern. That’s thanks to architect Fermin Espinosaan architect and cofounder of Factor Eficiencia, a Mexico City-based design and construction firm, and interior designer Andres Gutierrez of A-G, who knew its beauty had to be shared. 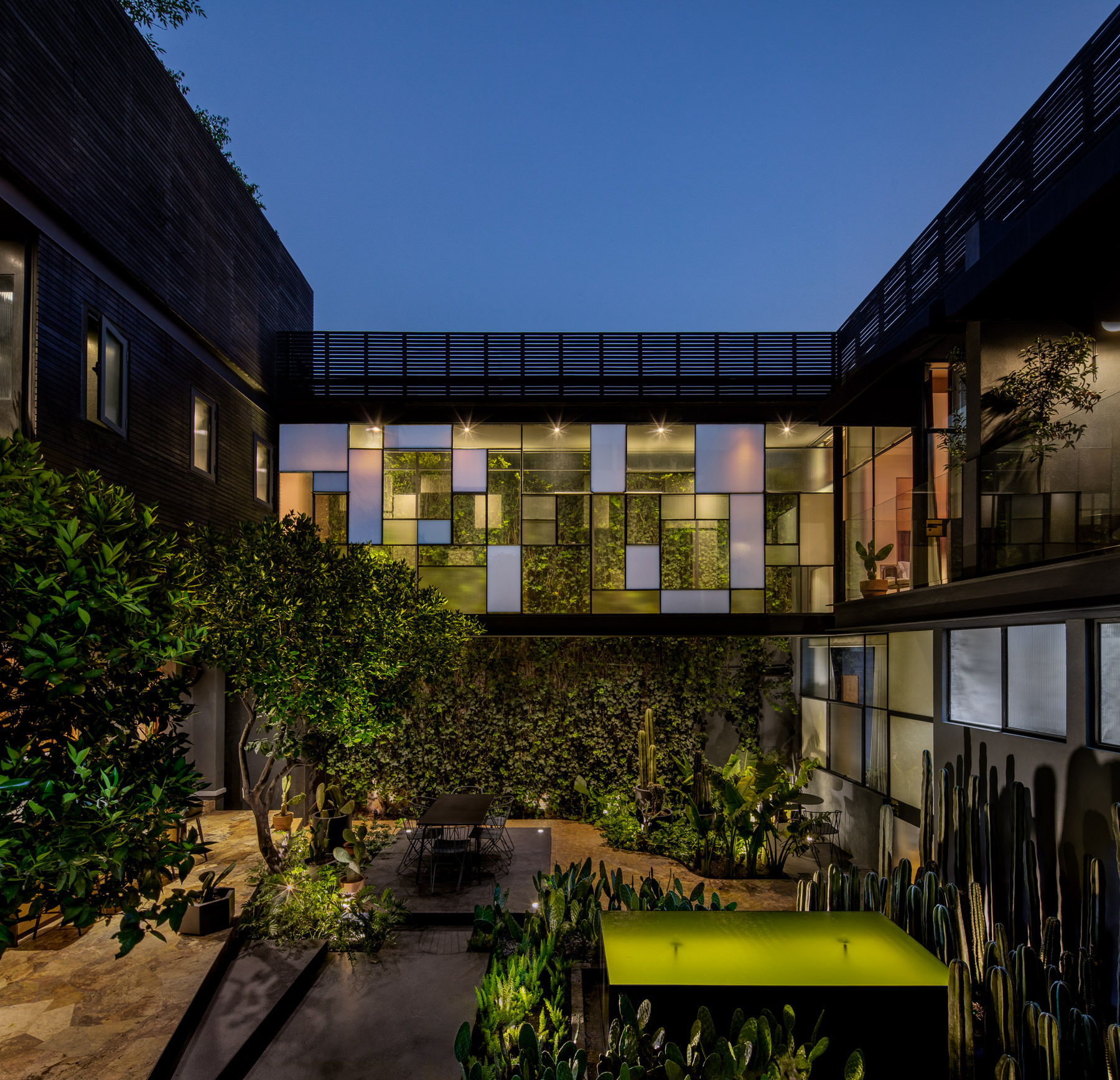 “My decision was always to preserve as much of the original house as possible,” says Espinosa. “We left the original architecture and layout intact, but incorporated every element of comfort we could think of, like marble in the bathrooms, elegant fixtures, modern décor. We were reaching for the perfect example of old and new.” 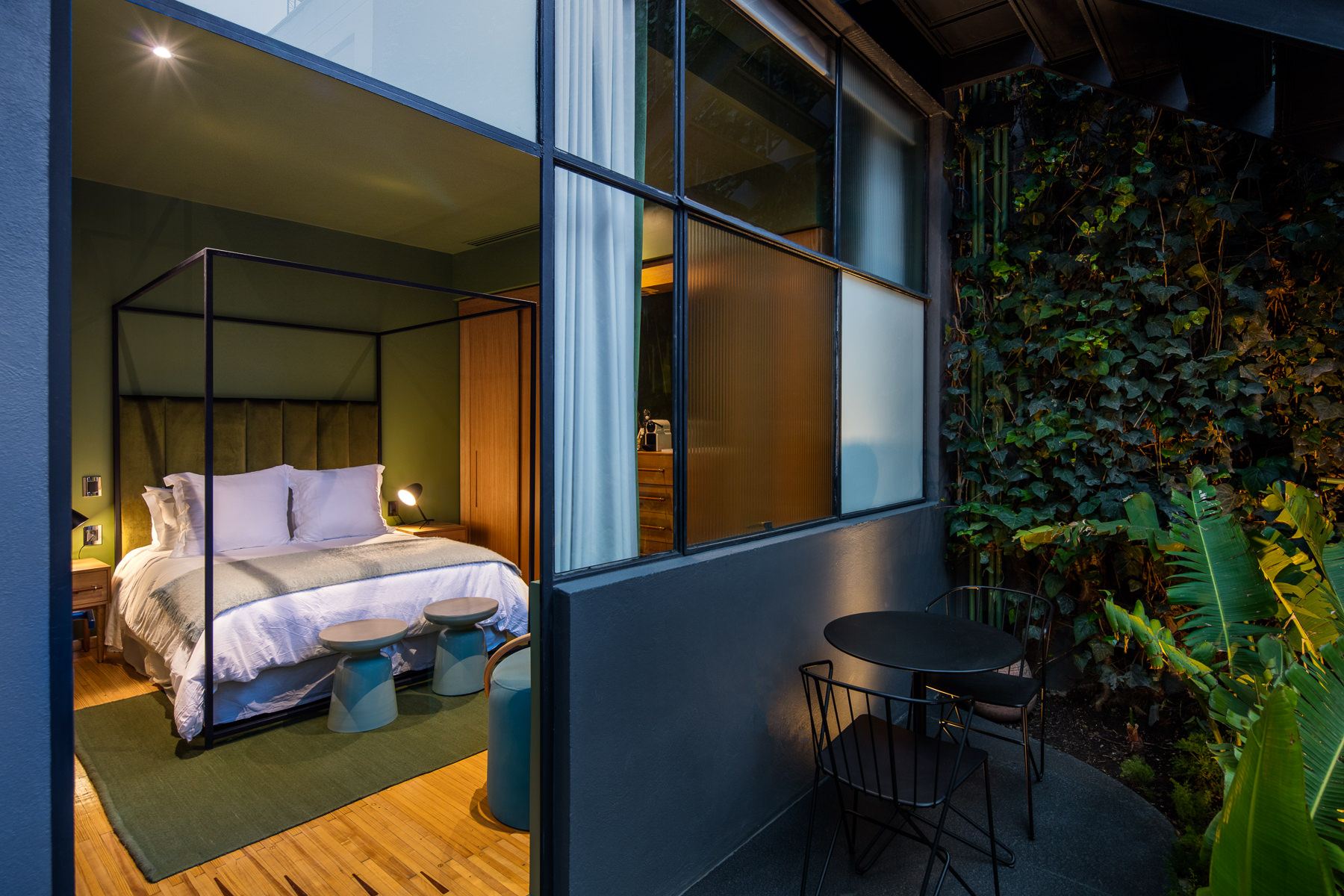 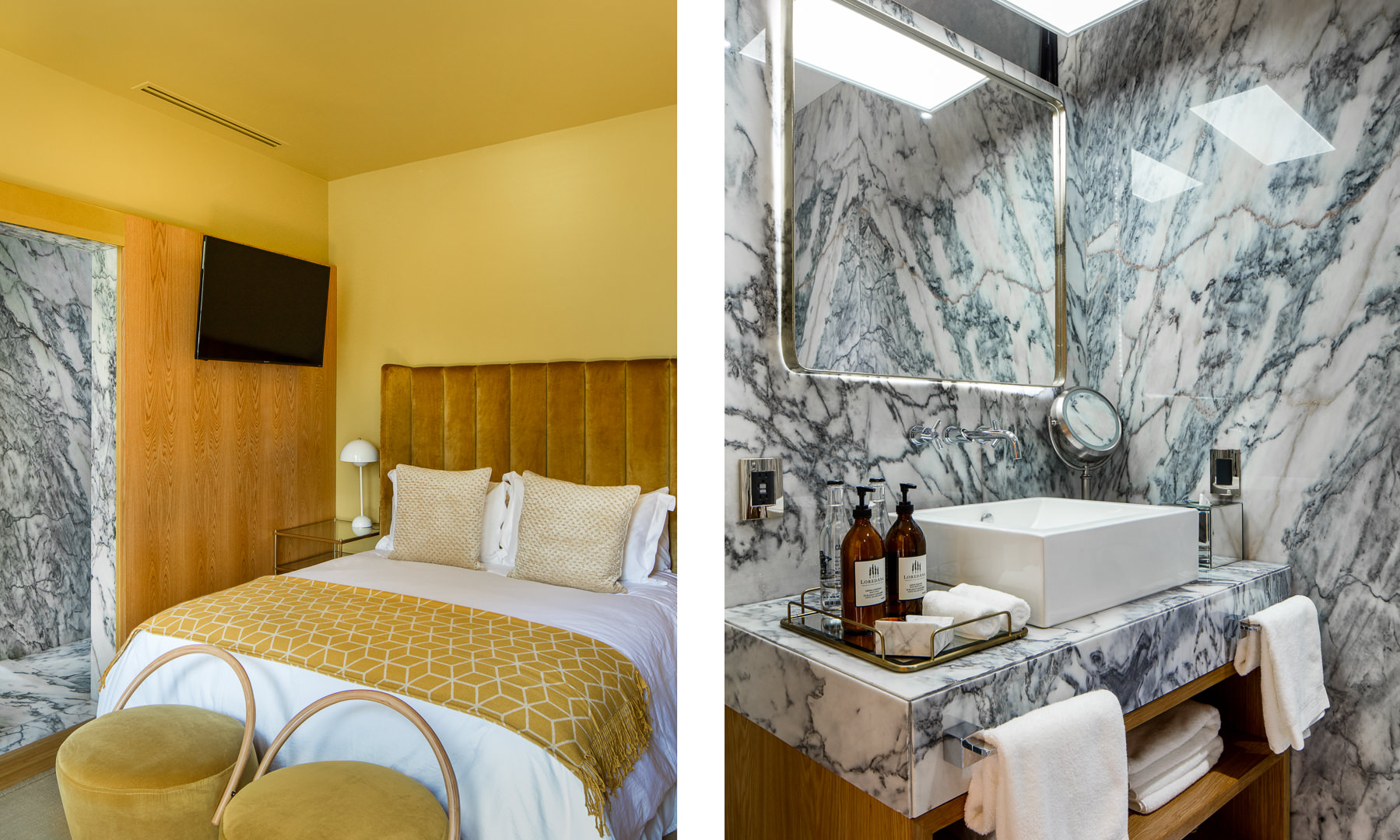 The guest house contains five rooms, each with a distinct theme and color palette. The bedrooms open to the central courtyard, which is, to put it plainly, an oasis in the midst of a fervid city. “Our favorite space is the garden,” Espinosa says without hesitation. “Our intention was to recreate the typical Mexican southeastern gardens, with a pileta (fountain) in the middle, with cactus, Mexican nopales, and other species found in this region of our country.” Ignacia’s beloved orange trees, planted when the house was first built, also remain. 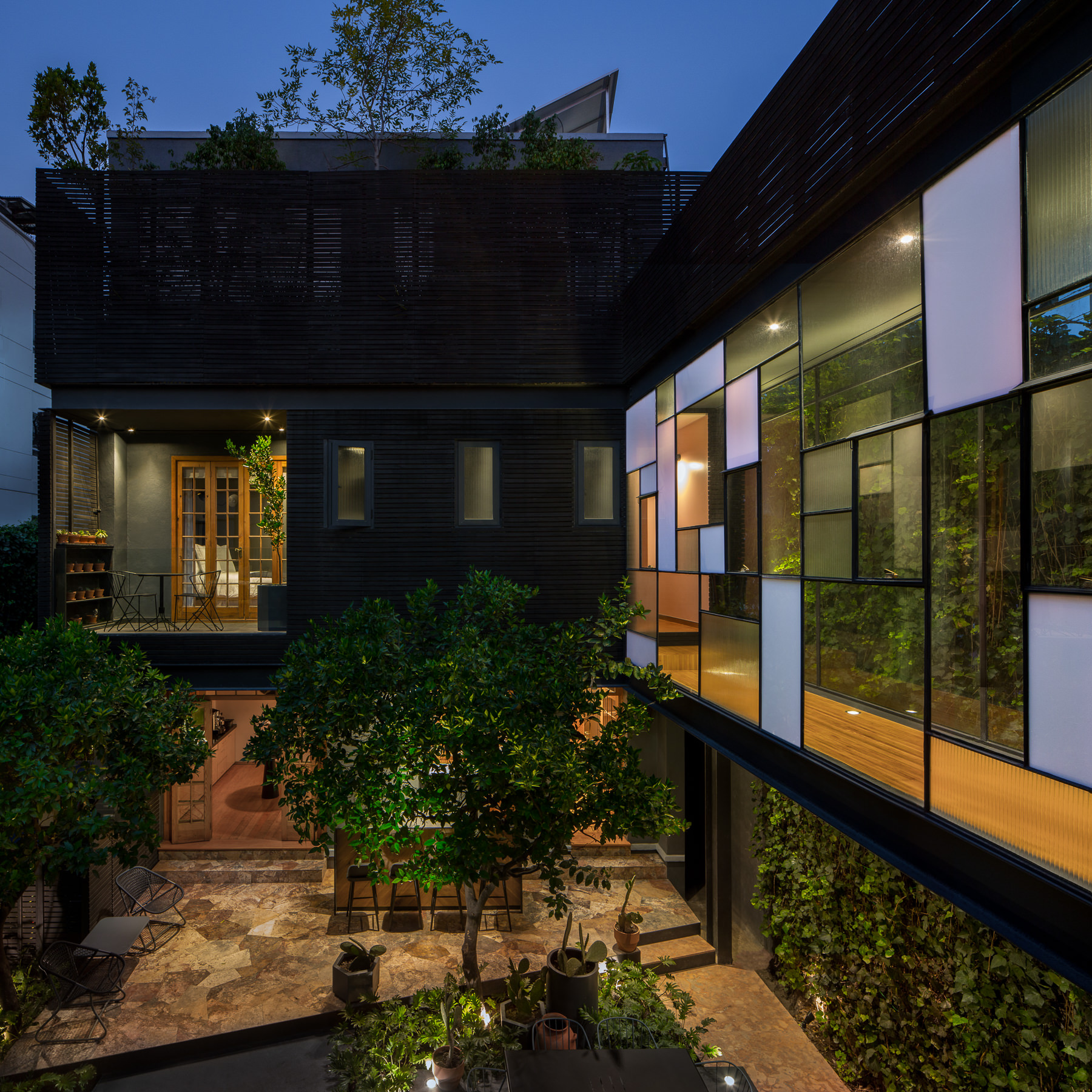 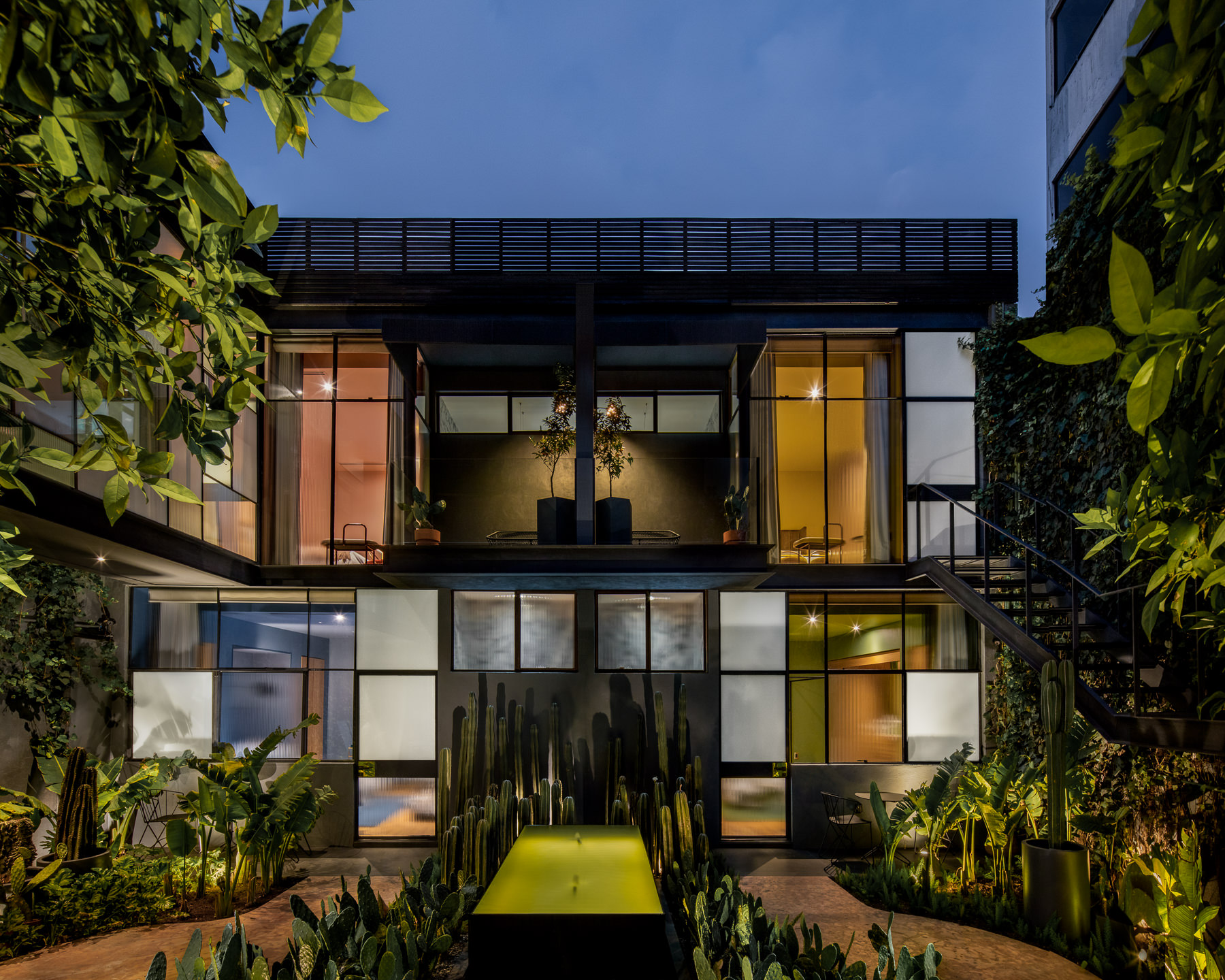 The restoration didn’t come without its challenges. “You don’t know what you will find as you uncover layers and layers of additions that have been done over the last 100 years,” says Gerardo Salinas, architect and Fermin’s partner at Factor Eficiencia. “It involves careful planning and a clear understanding of the building,” he adds, agreeing that it was the utmost importance to everyone involved that the historic element be highlighted. 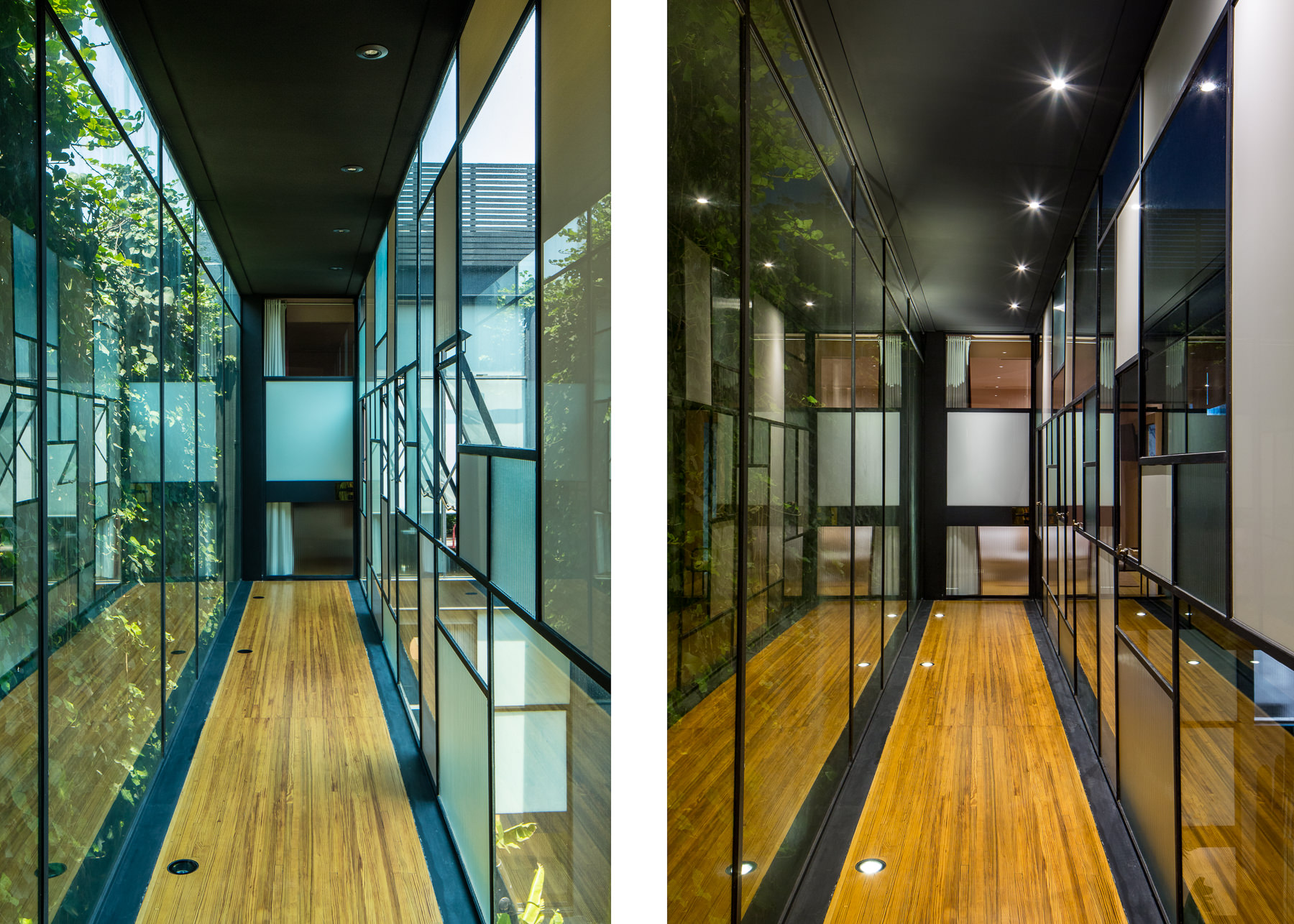 The most brilliant feature is the walkway, with its steel and glass panels, with different textures and finishes, framed in black. Playing with the beautiful Mexico City light, and casting a golden glow on the garden below, Espinosa says of the walkway, “It’s the reason why both constructions blend together in such harmony.”

“It was a clear opportunity to take something historic and make it new again with a brand new identity,” adds Salinas. This new identity has not missed the mark: guests continually seek out the Ignacia, and in May the hotel won the 2017 Best Interiors of Latin America and Caribbean. But of course, you should see for yourself. 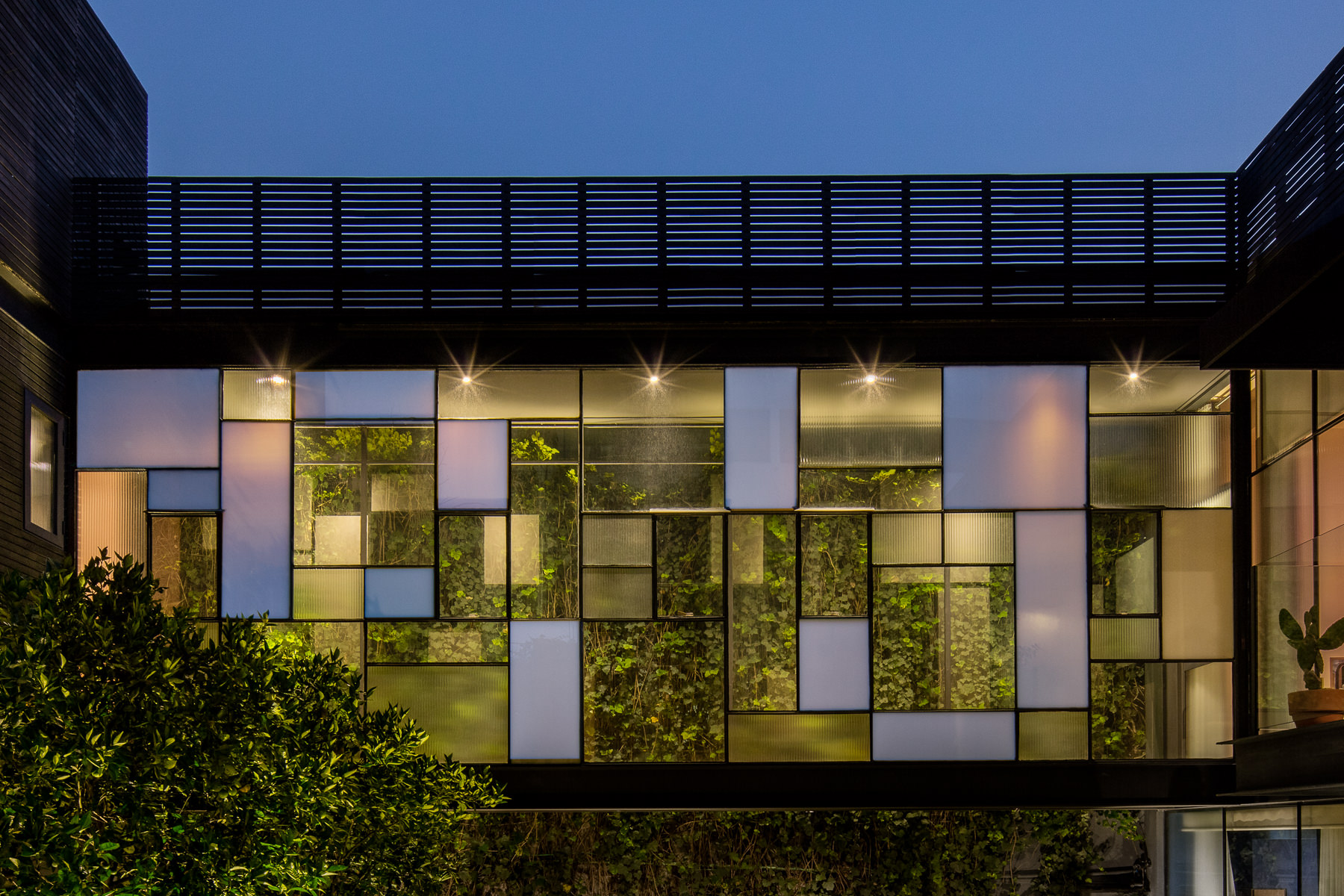