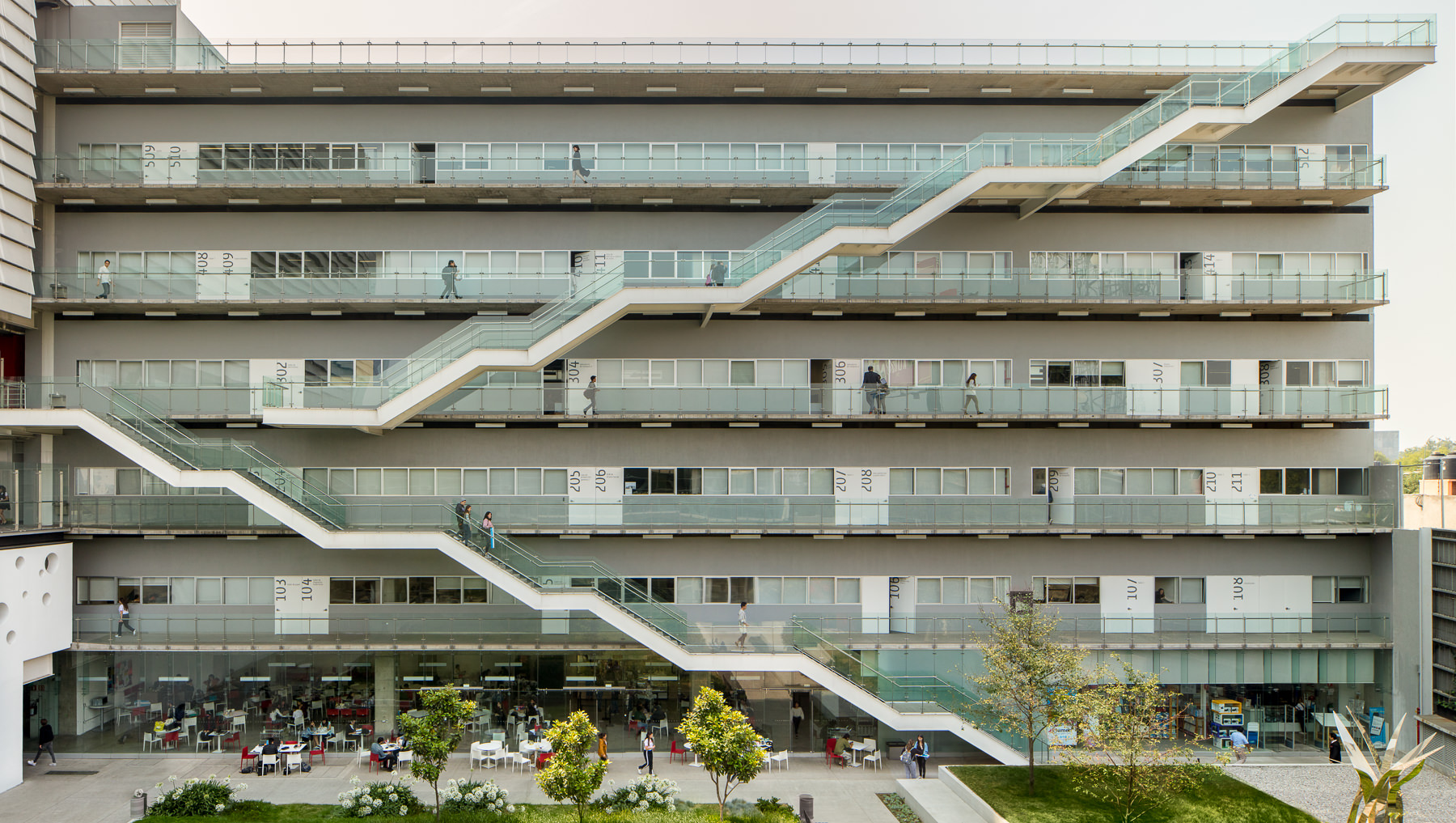 Establishing CENTRO University to become Mexico’s premier design and film school was not enough for founders Gina Diez Barroso and Abraham Franklin. After operating in rented space, the growing school would need a campus befitting its mission of creativity and artistry. The leading architectural firm of TEN Arquitectos was the natural choice for the project; Enrique Norten, its principal and founder, has created universally recognized masterpieces and had served on CENTRO’s advisory board since its inception. Jan Hendrix, the Dutch Mexico-based artist who started off as a printmaker, is a good friend of Norten’s, and a master at translating drawings to accessible large-scale works of art. The four visionaries worked together to meet the dynamic needs of the school. 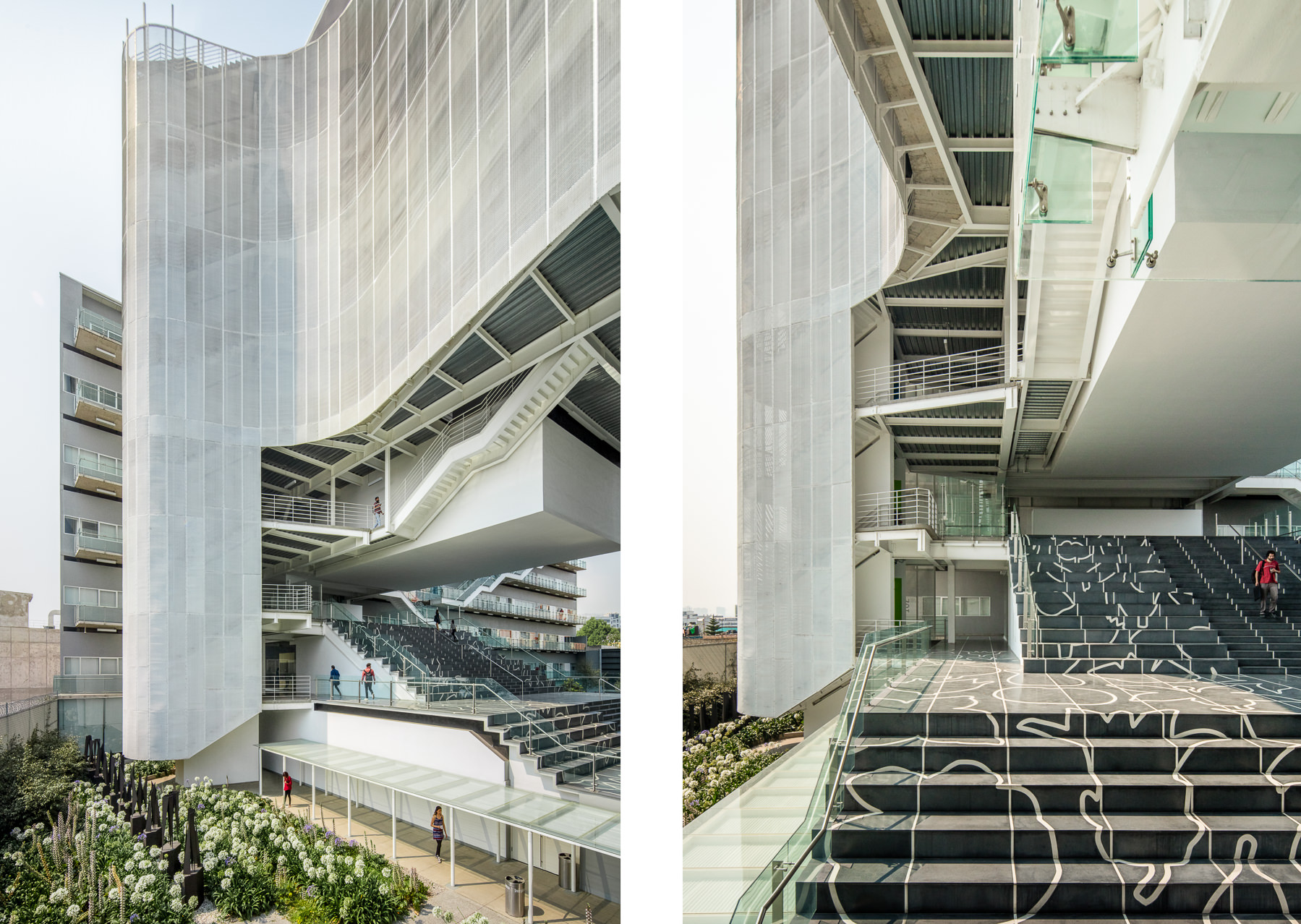 It was essential to the founders that the institute’s dedication to creativity come through in its new campus. With TEN’s design, Norten effectively provided dynamic action and interaction: There are no interior hallways, and all classrooms and offices open to the exterior. Large staircases intersect the expanse of the main building, and non-programmed pockets of space are interspersed for students to meet and gather. Located on the busy thoroughfare of Agenda Constituyentes, the three-sided central plaza gives the community a sense of connectedness with the surrounding city. 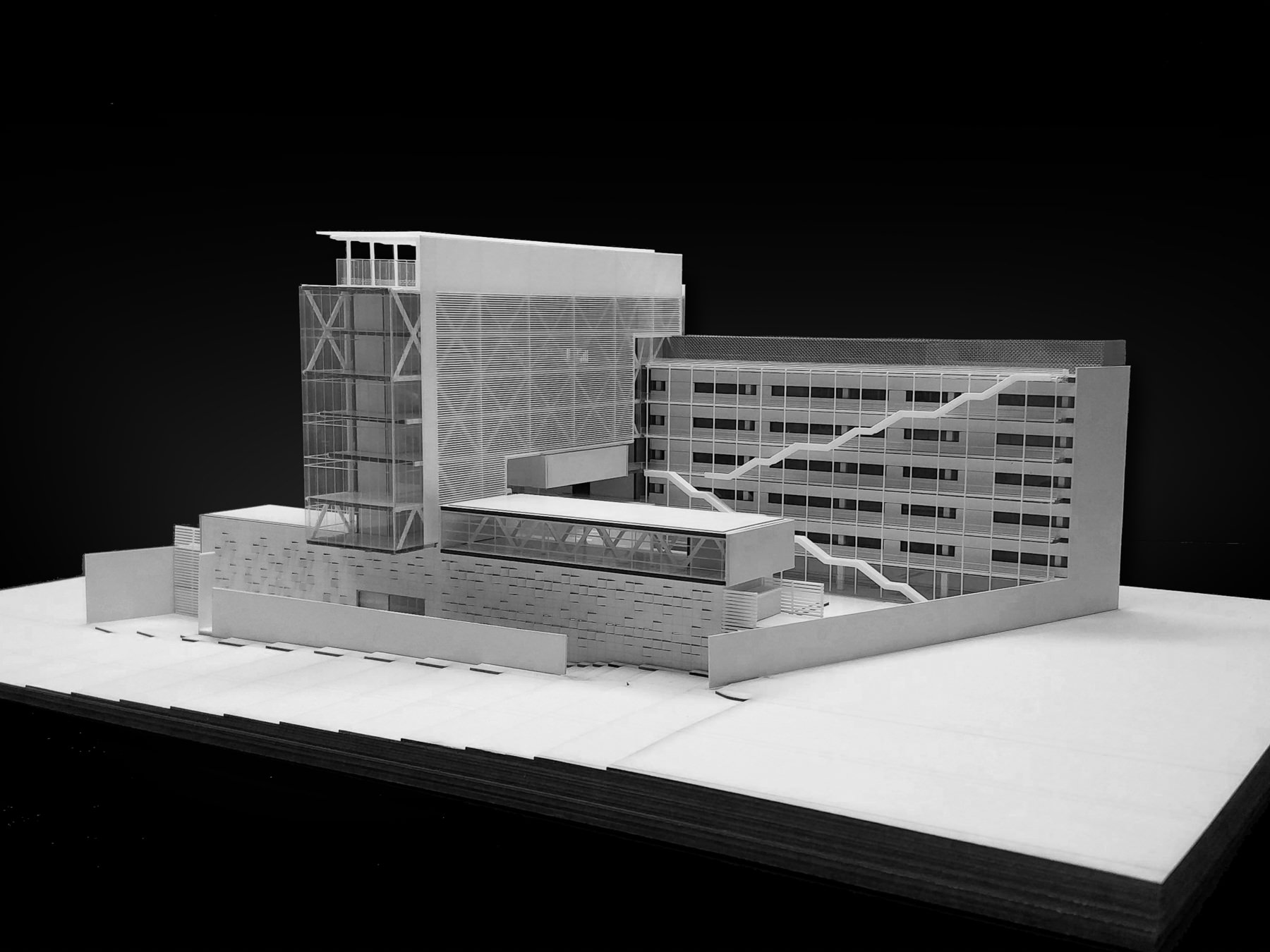 TEN is known for its layered process, both in development and in design. With CENTRO’s campus design, the outcome was no different. The project changed and mutated over time, as it was always important that the building be flexible enough to handle a growing and evolving student body. The campus features three conjoined buildings, complete with a living rooftop and a monumental marble staircase holding space for Hendrix’s work. 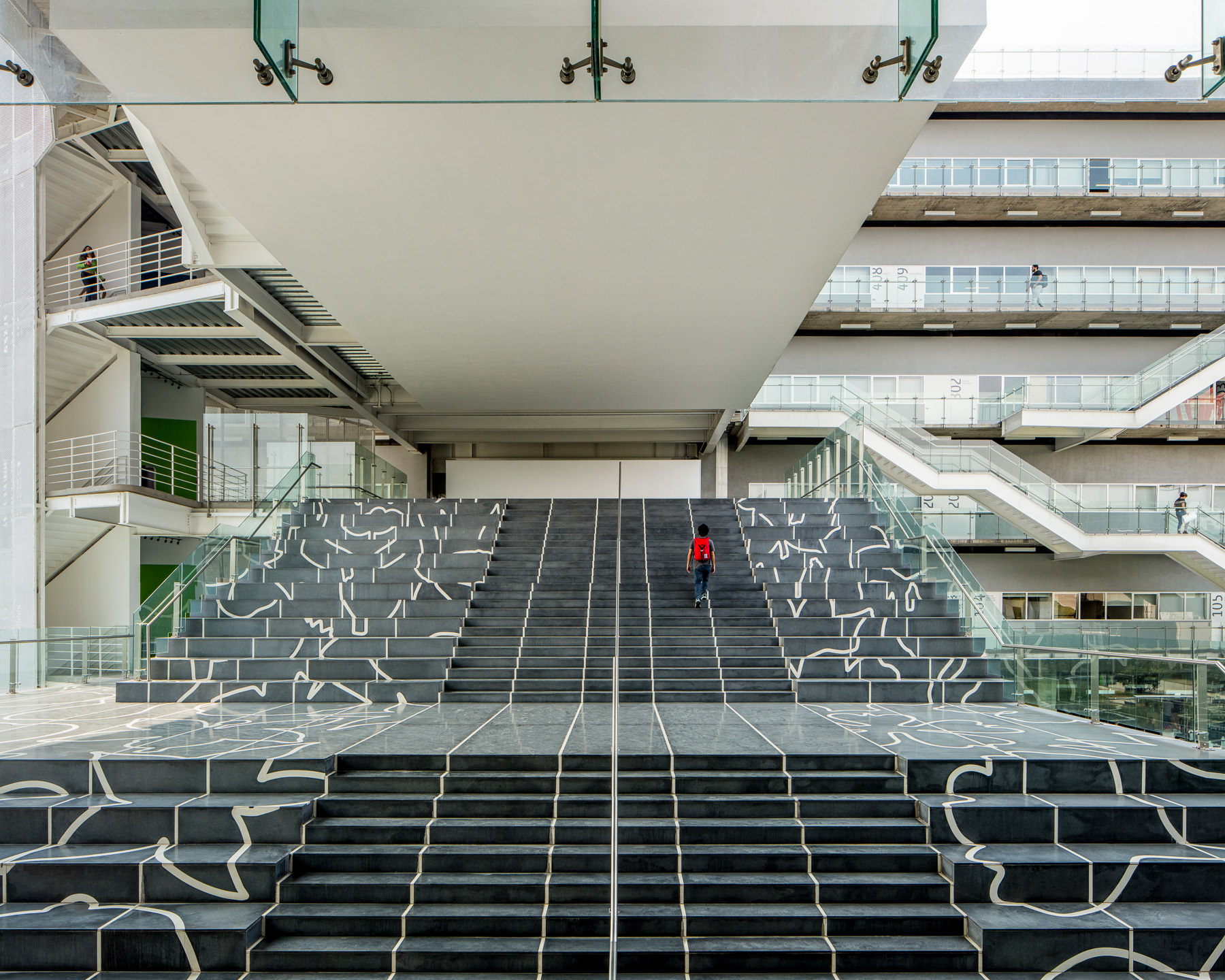 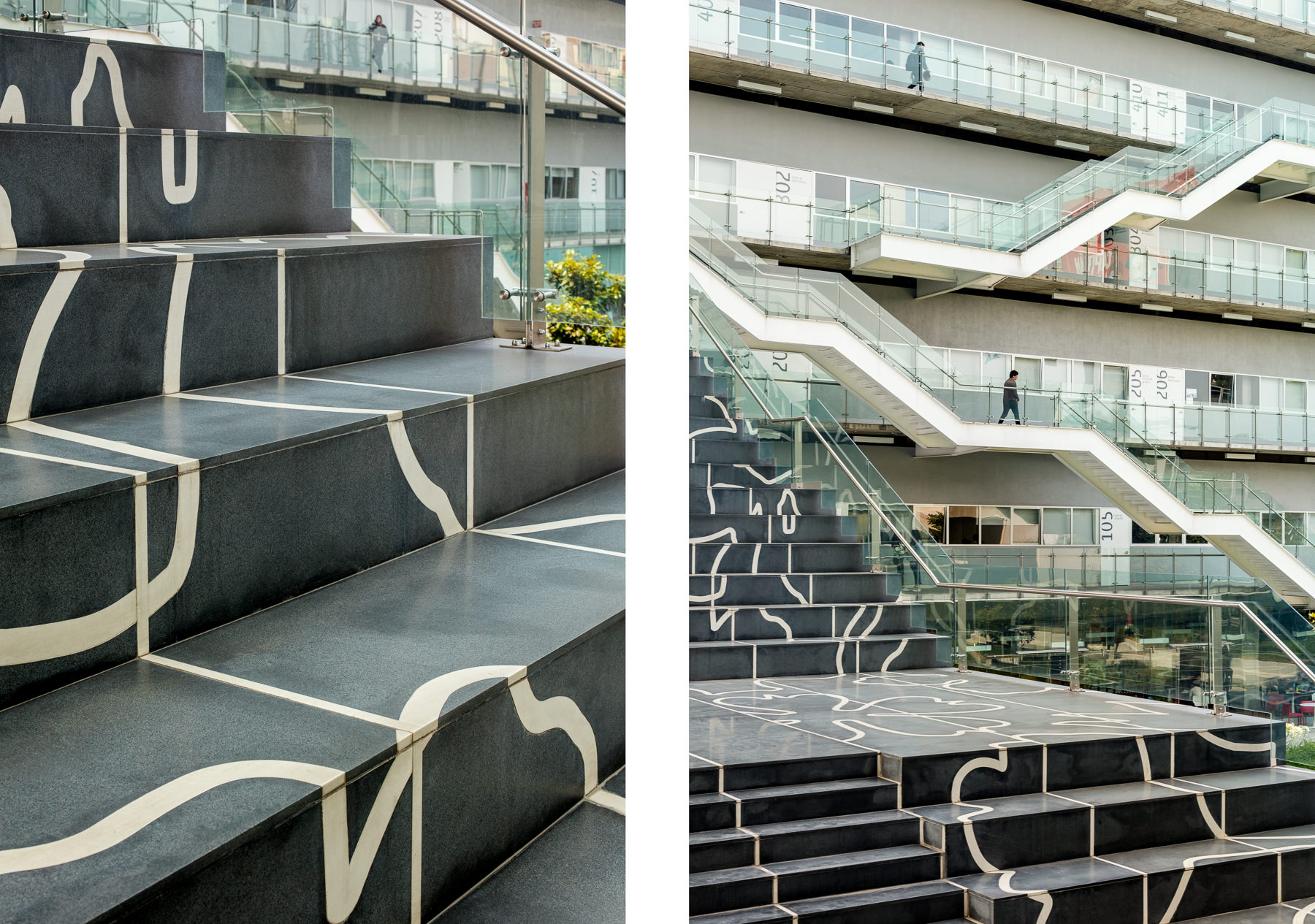 “We wanted to make something iconic, something central that the space would be known for,” Hendrix explains of his brainstorming with Norten. “I believe that all forms are culled out of nature. Even architects or engineers, you’ll find the structure of what they need in plant life. My idea was to print that alphabet of nature as a handbook for the young designer.” 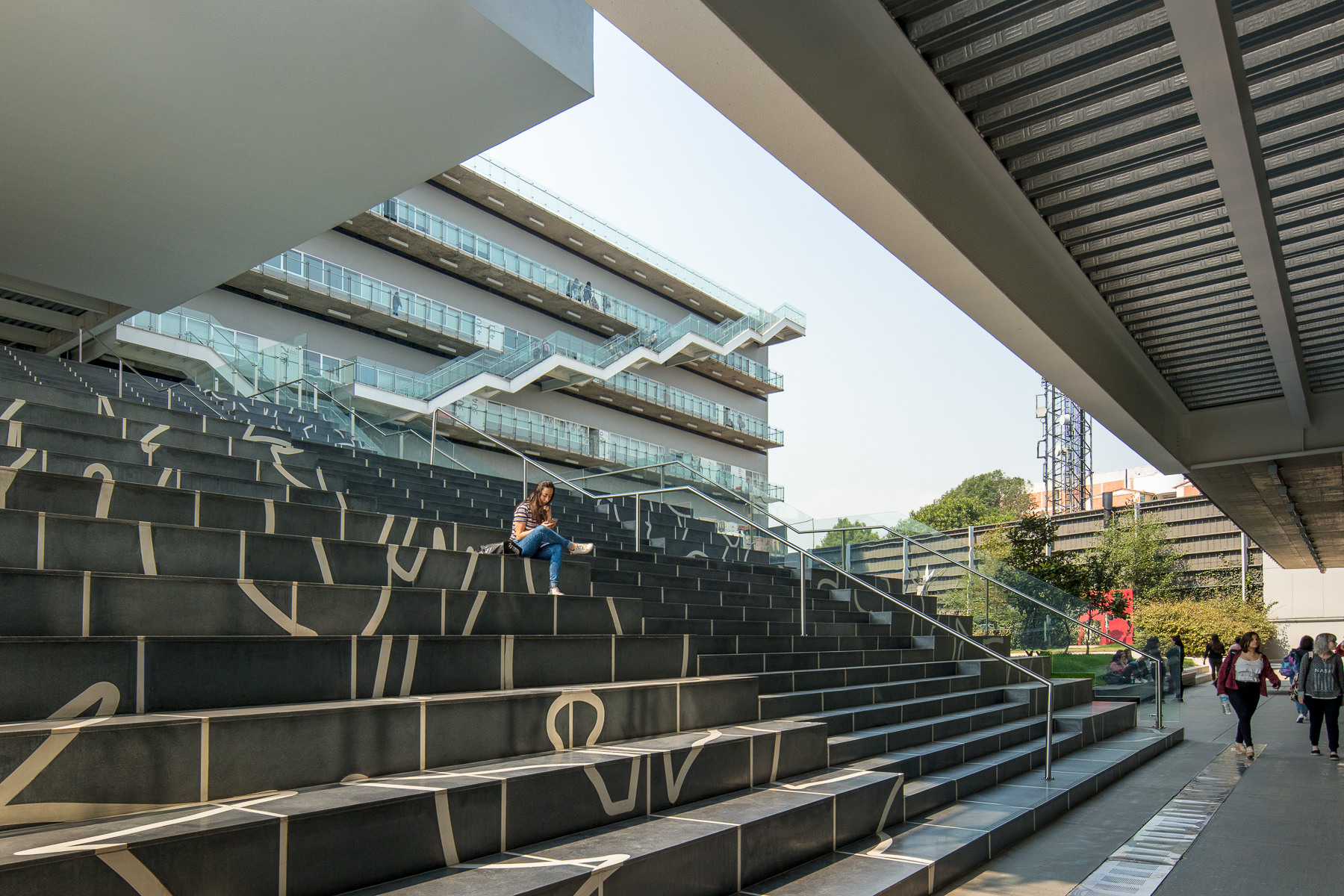 While some of the campus’ needs were static from the beginning, like the glass-canopy film studio, the mediateque, and the workshops, others were designed to be constantly reimagined, thus “layering” in terms of use. As stated by TEN Arquitectos, the ultimate goal is for the building to be lived and used in, and the design firm effectively produced a canvas that could be molded by the students and their creativity. 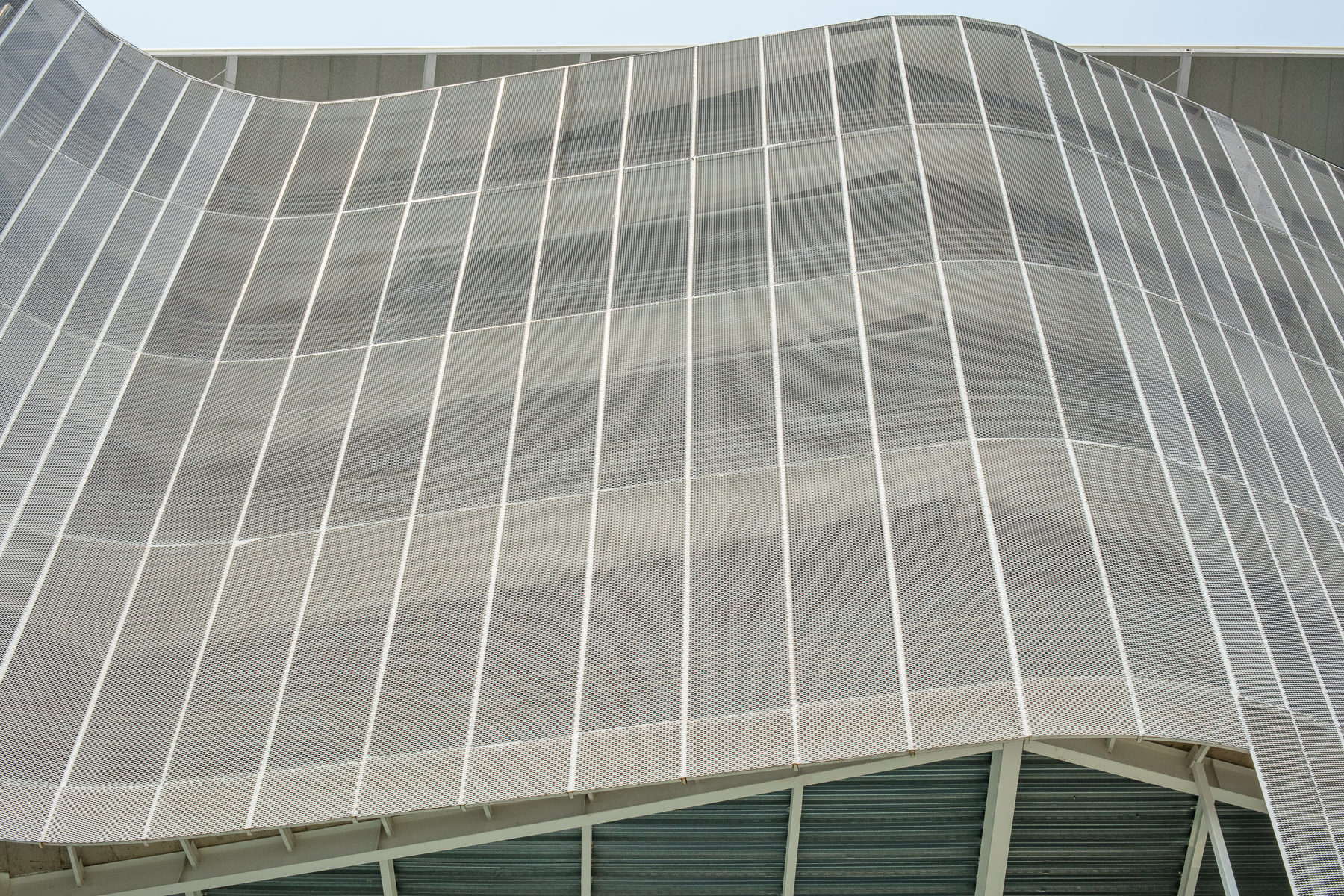