At more than 400,000 square feet, Biblioteca Vasconcelos is a mega-library. “It’s like entering an alternate universe,” says architectural photographer James Florio. “For me, that’s exactly what reading is, and this library is one of the most surreal places I’ve ever shot.” 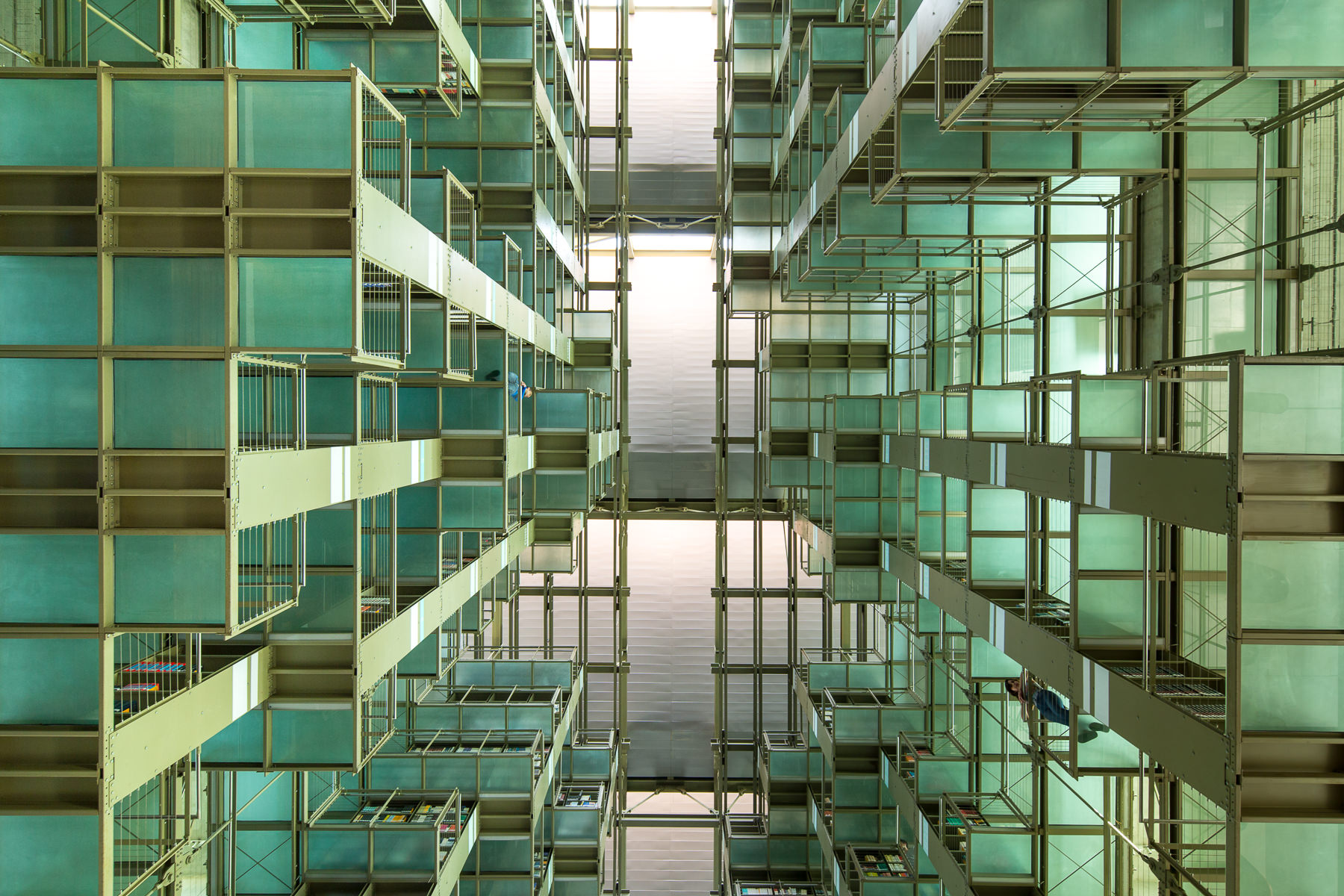 Actually, Biblioteca Vasconcelos is five libraries, each dedicated to a different Mexican luminary. The collective space was designed by Alberto Kalach, a Mexican architect leading his own firm, who is known for frequently exploring the balance of society, nature, and history in his designs. His critics often use the words “radical” and “visionary.”

“Culture and nature are often on opposing sides,” Kalach has been quoted to say. 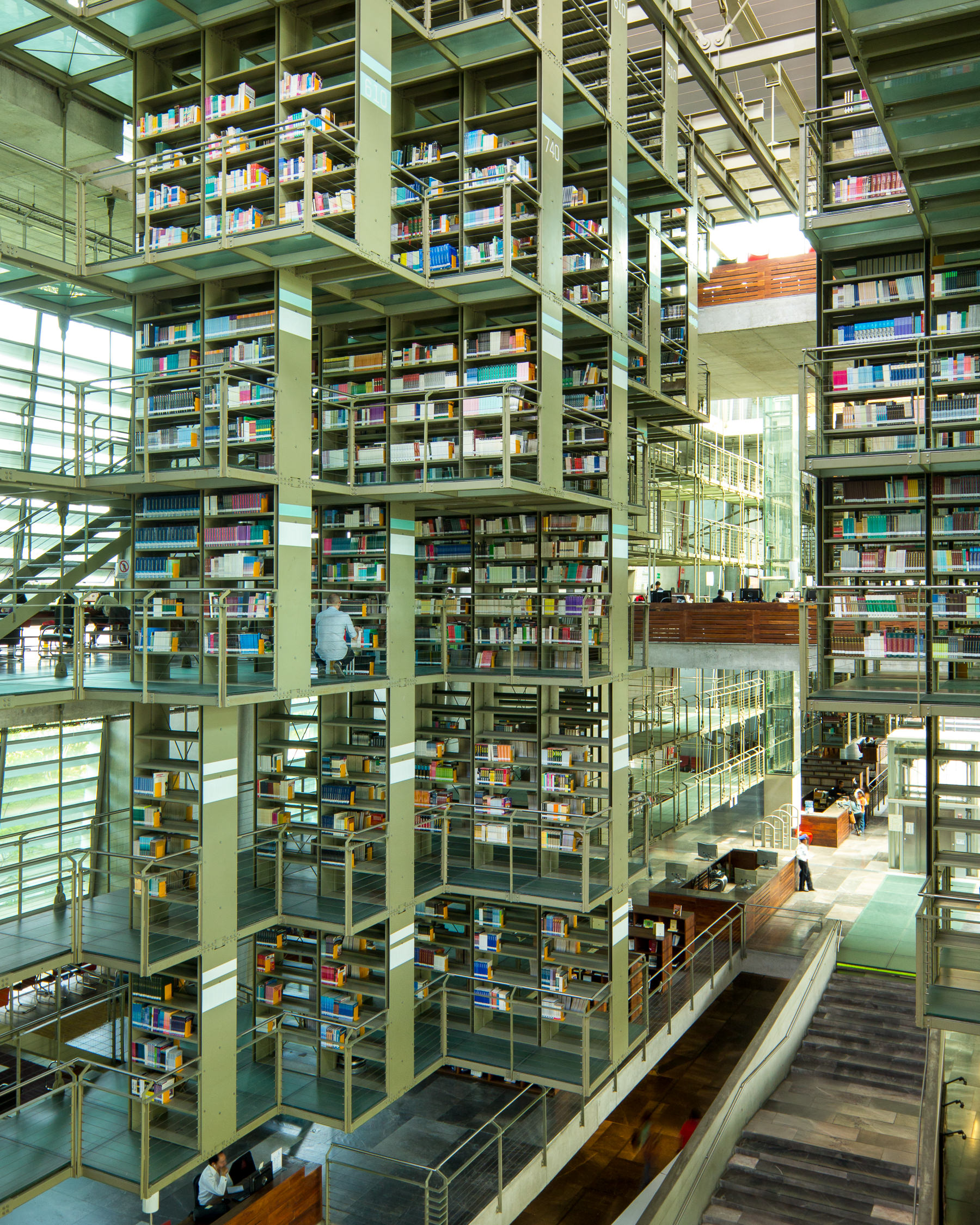 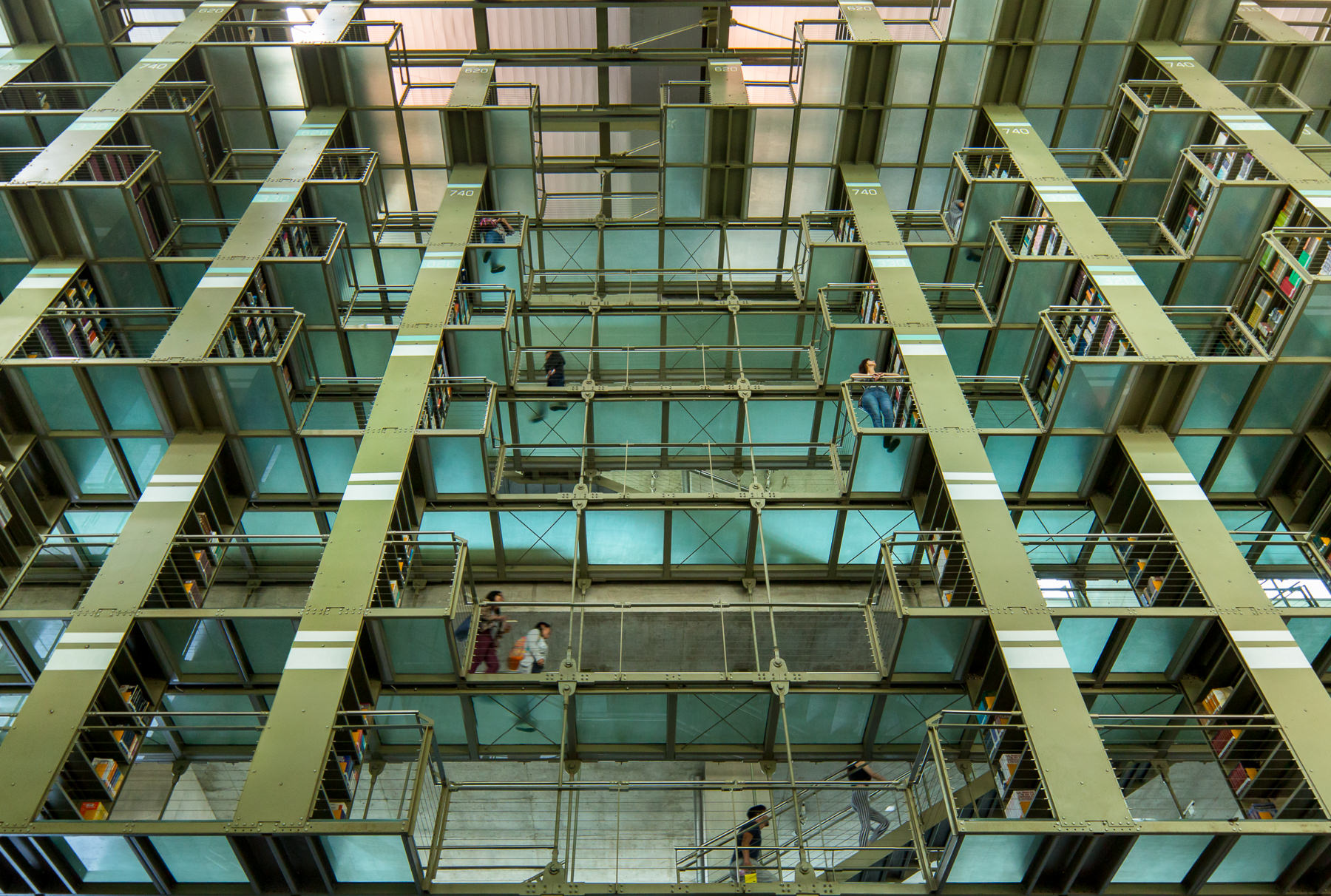 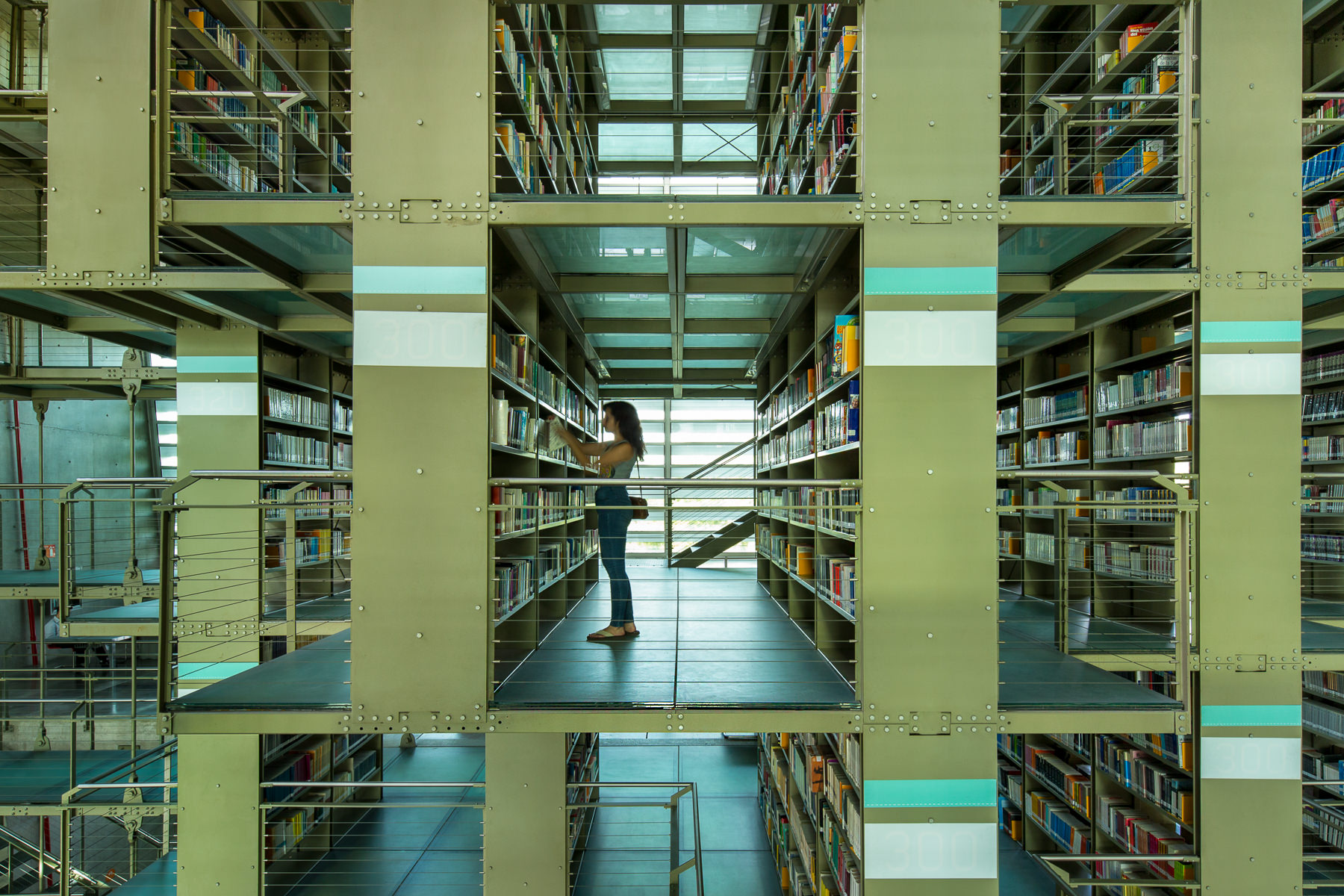 With Biblioteca Vasconcelos, the architect presented a design that promoted ecological regeneration. Given a barren urban plot, an extensive botanical garden was created to surround the library. Lush with over 60,000 species endemic to Mexico, the space serves not only as a collection of human knowledge, but an encyclopedia of natural life.

The mammoth concrete, steel, and glass facility uses natural light and ventilation to function. With hive-like, cantilevered levels of bookshelves, windows that stand several stories, and translucent floors, the other world is clearly expressed. It’s the ideal spot to lose yourself, whether in a good book or not. 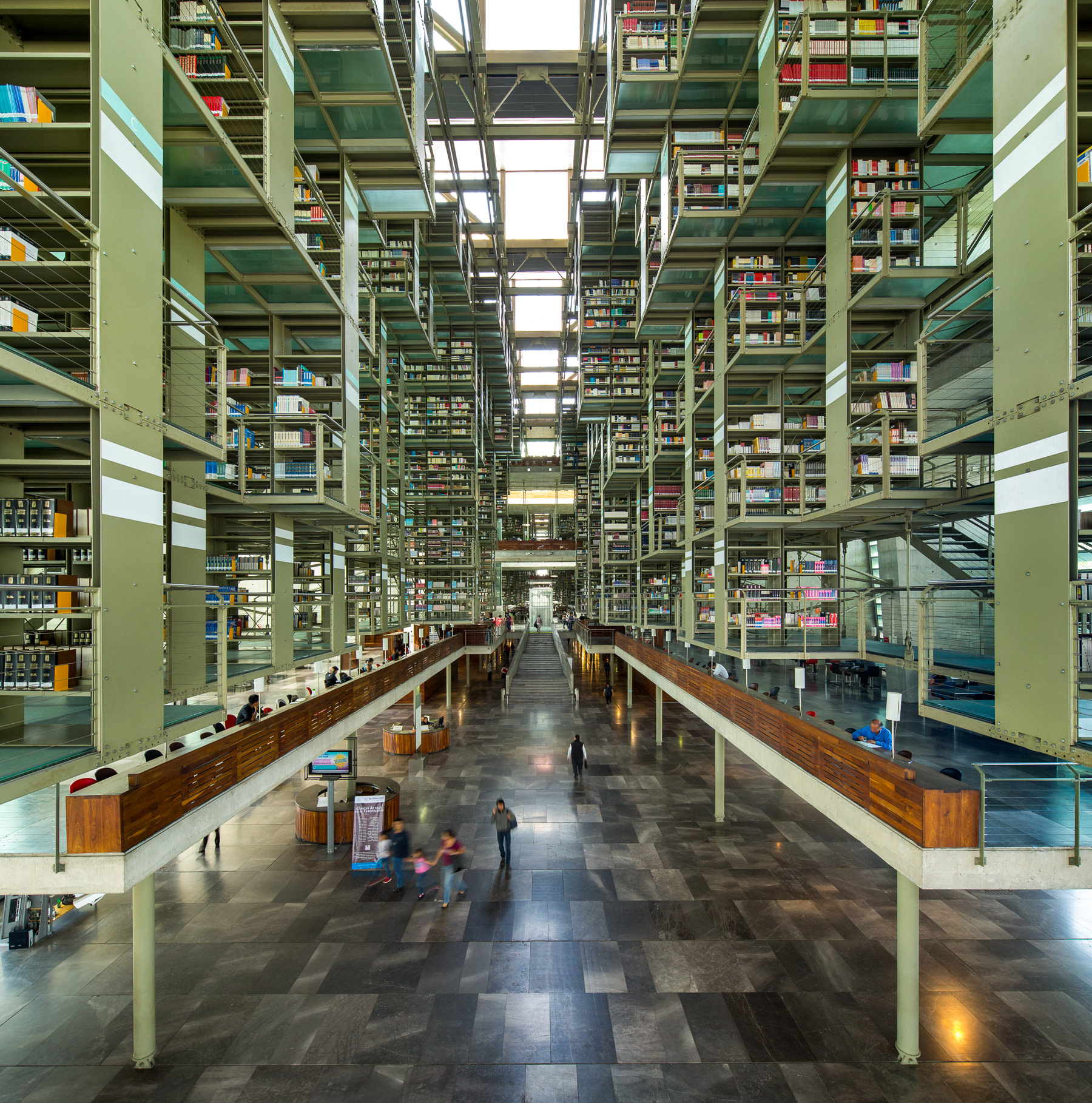