A PIONEER OF TWENTIETH-CENTURY DESIGN, ELIOT NOYES MANAGED A WORK ETHOS AND RESUME OF CREATIVITY THAT STILL RESONATES TODAY. THAT INCLUDES ONE OF HIS ORIGINAL HOMES IN NEW CANAAN, CT–ONE OF THE MOST HISTORICALLY IMPORTANT, NATIONAL LISTINGS CO-MARKETED BY MILE HI MODERN. 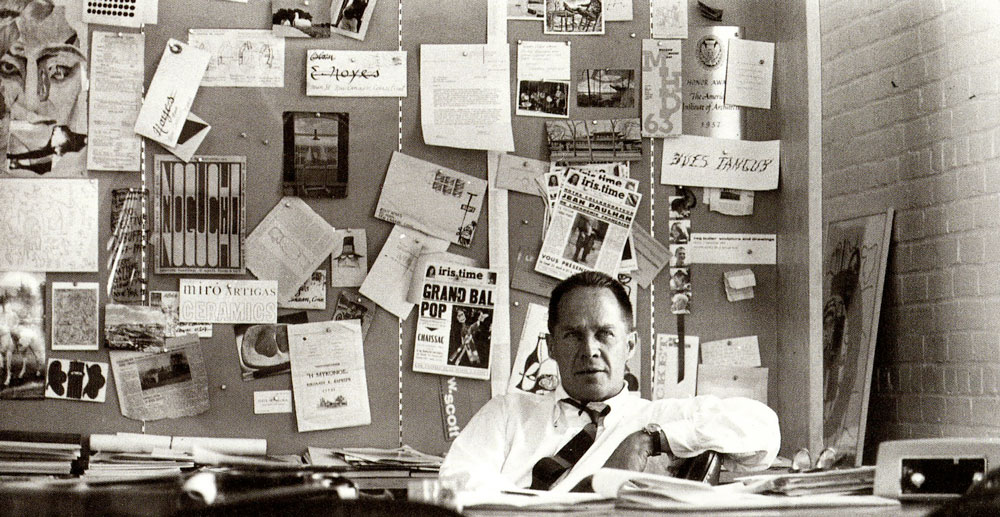 Good design is good business. That’s a lesson from Eliot Noyes (1910-1977) that still resonates in our world today. With a career that spans from World War II through the digital age, Noyes is a rarity: both an innovator and a doer of twentieth-century design.

Though he began in the late 1930s as an architect at Walter Gropius and Marcel Breur’s firm in Cambridge Massachusetts, it wouldn’t be until the following decade as the first director of the Industrial Design Department at MoMA that he would solidify his creativity and driving work ethic. There he acted as curator for exhibits on design, as well as completing a range of architectural projects and supervising branding work for global corporations.

As part of MoMA’s “Organic Design in Home Furnishings” competition in 1941 which sought to bring great design ideas into production, Noyes played a key (and unheralded) role in the creation of classics of mid-century modern furniture. Namely, the entries by Charles Eames and Eero Saarinen which led to product lines that are still produced by companies like Knoll and Herman Miller.

Noyes pioneering approach was the ability to surround himself with the smartest people he could find to help him. A skillful communicator, he was able to identify and manage the most innovative designers of the day. 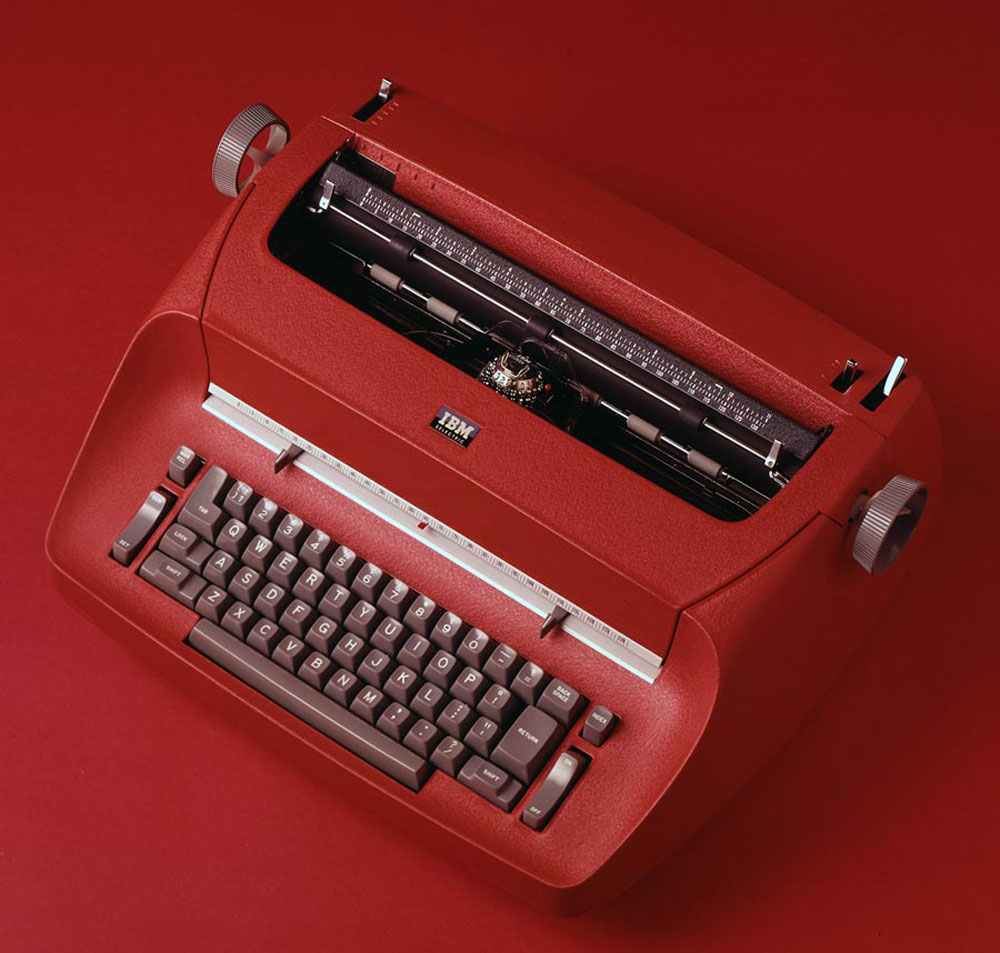 During his 20 years working as consultant design director for IBM, he hired Paul Rand to create the IBM logo, commissioned Isamu Noguchi and Alexander Calder for art installations in the company’s buildings and worked with Eames to design layouts of the office spaces. Noyes himself designed the iconic IBM Selectric Typewriter in 1961. 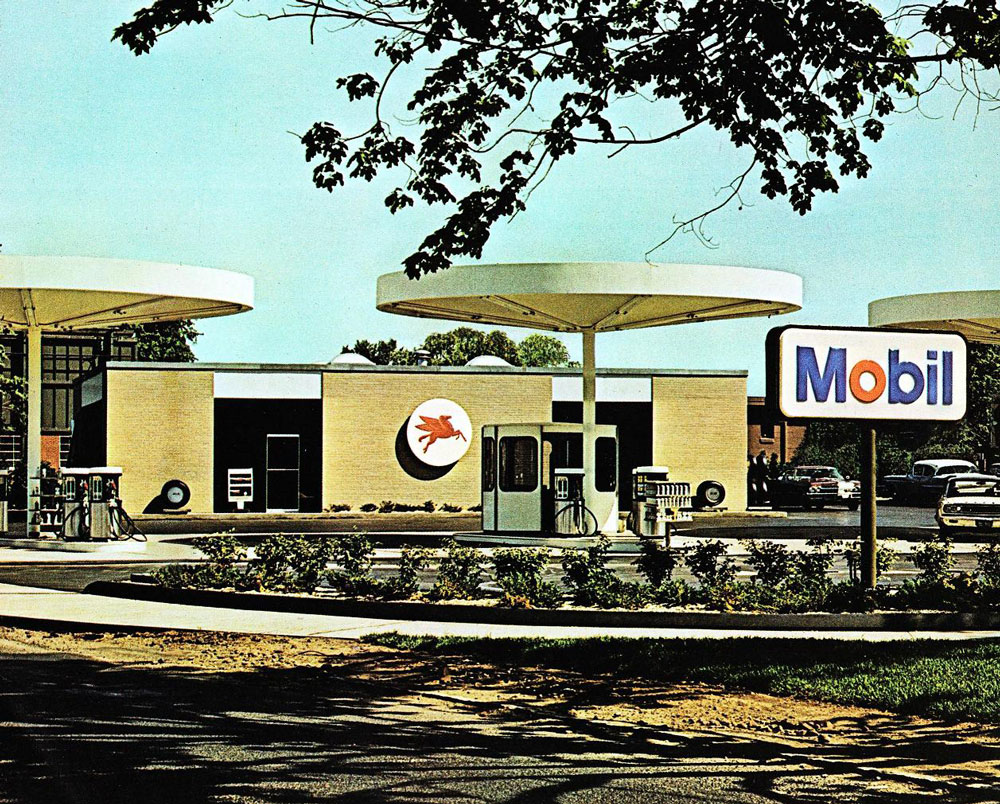 During this same era, Noyes also redesigned the look for all Mobil gas stations and pumps during the 1960s (in addition to hiring graphic design firm Chermayeff & Geismar to redesign the Mobil logo). His unique vision is still one of the strongest architectural branding exercises of the era.

Noyes was also a member of the Harvard Five, a group of modern architects working in New Canaan, Connecticut. It’s an area that, while idyllic, is easily linked to Manhattan by parkway and railroad. The group, Marcel Breuer, Landis Gores, Philip Johnson, John M. Johansen and Noyes, built roughly 100 homes in the New England town, transforming the previously conventional burg into a center of modernist architecture. 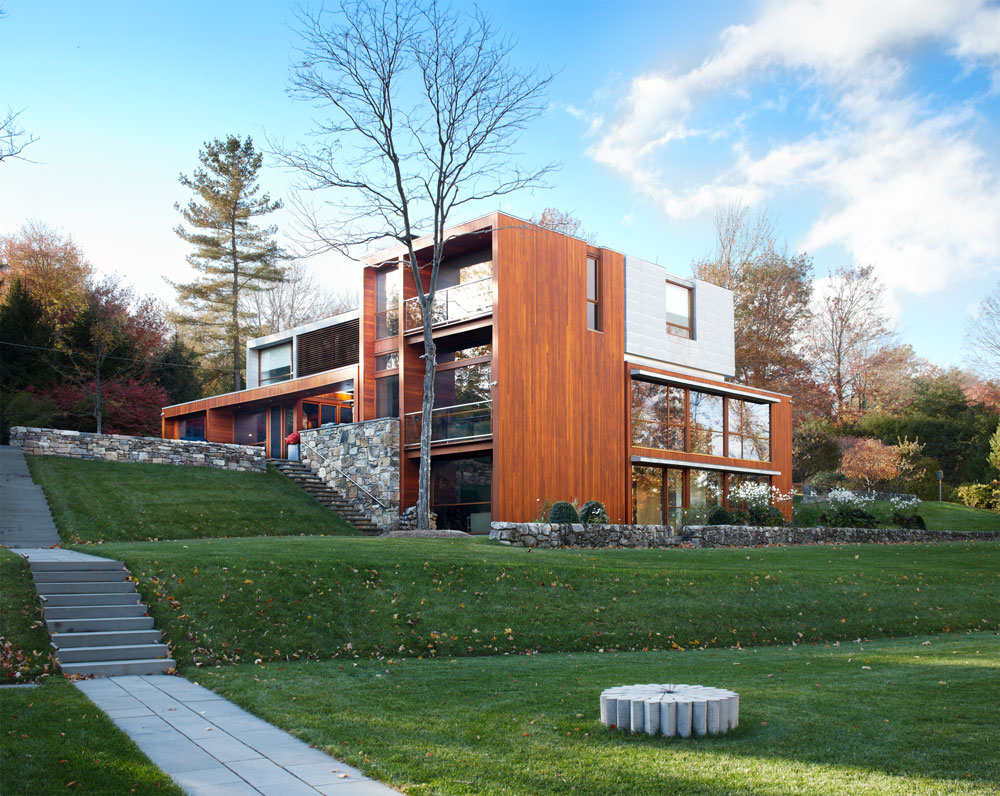 Denver’s own Adam Moore of Mile Hi Modern has recently partnered with a broker in New Canaan to offer his first listing outside of Colorado at 81 Cross Ridge Road, masterminded by none other than Eliot Noyes.

“It’s great to go national,” said Moore. “And Mile Hi Modern is proud to co-market this unique and historic residence.” 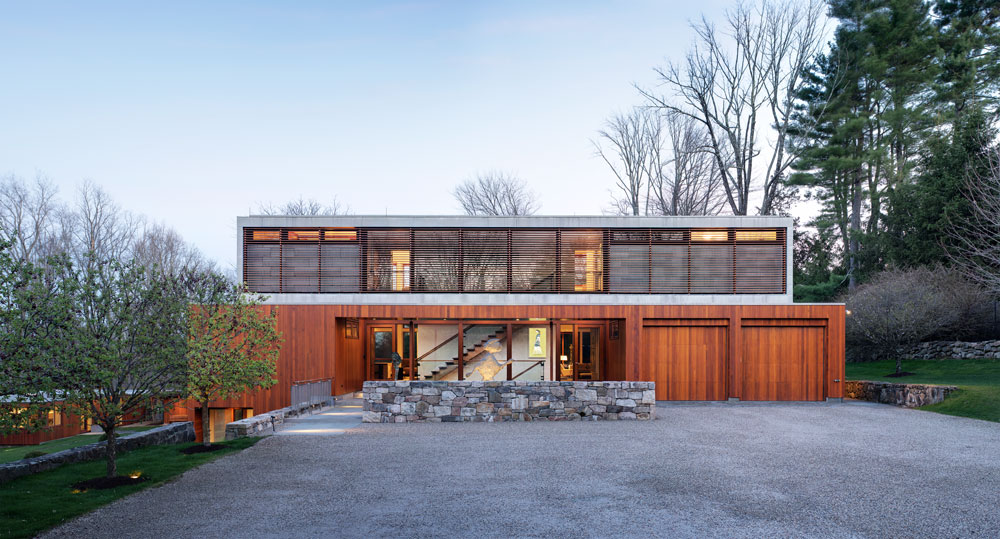 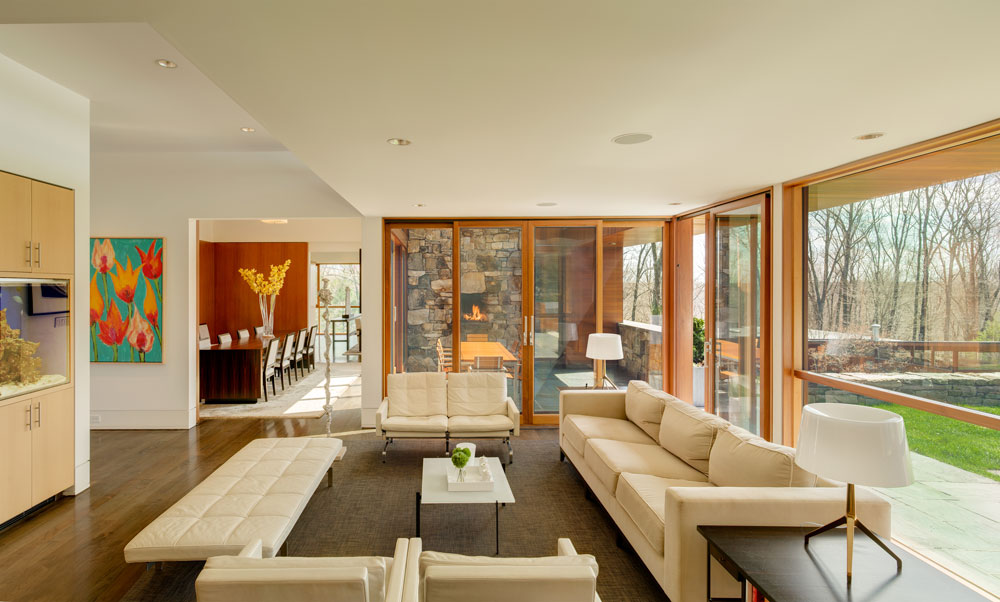 As an architect, Noyes was a strong advocate of modern design, his home designs feature simplicity of form and function as well as a respect to the nature of their surroundings. The 6,275 square-foot home listed was updated by builder Dave Prutting and architect Joeb Moore to meet the demands of today’s lifestyle. The duo made sure to maintain the original vision and historic architectural integrity of Noyes signature modernist style. 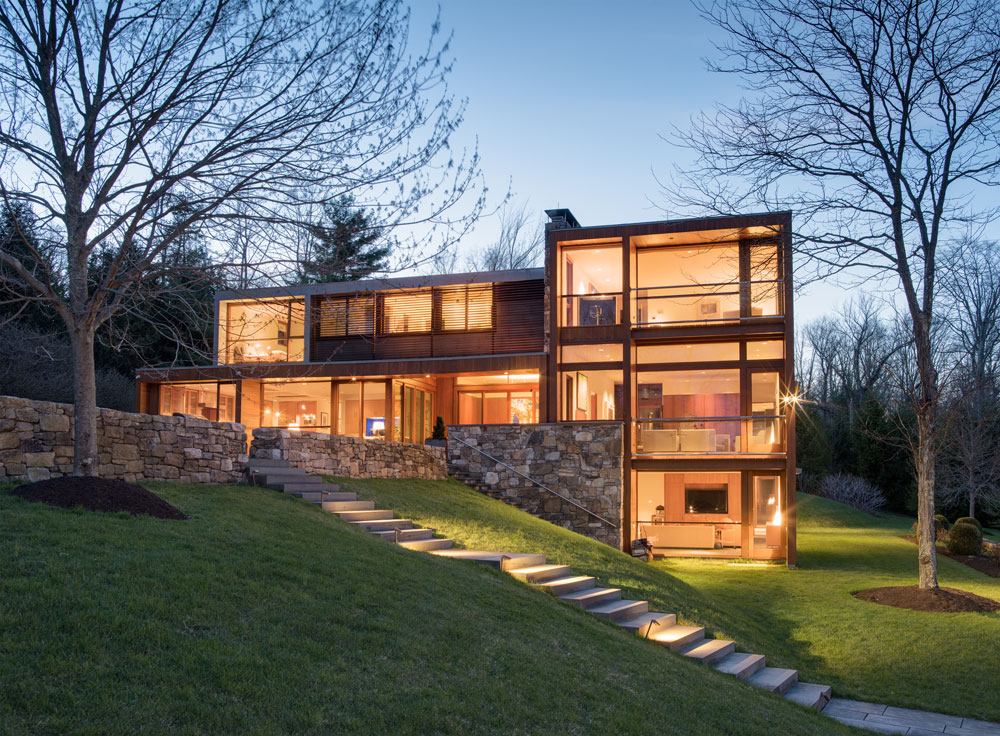 Uniquely resting along an incline, the three-story, five bed, six bath home is enveloped by trees, and greets visitors with a simple palette of complementary materials. The 2.81-acre landscape was recently refreshed by architect Reed Hilderbrand and includes the original Noyes Pool House, built in 1950. 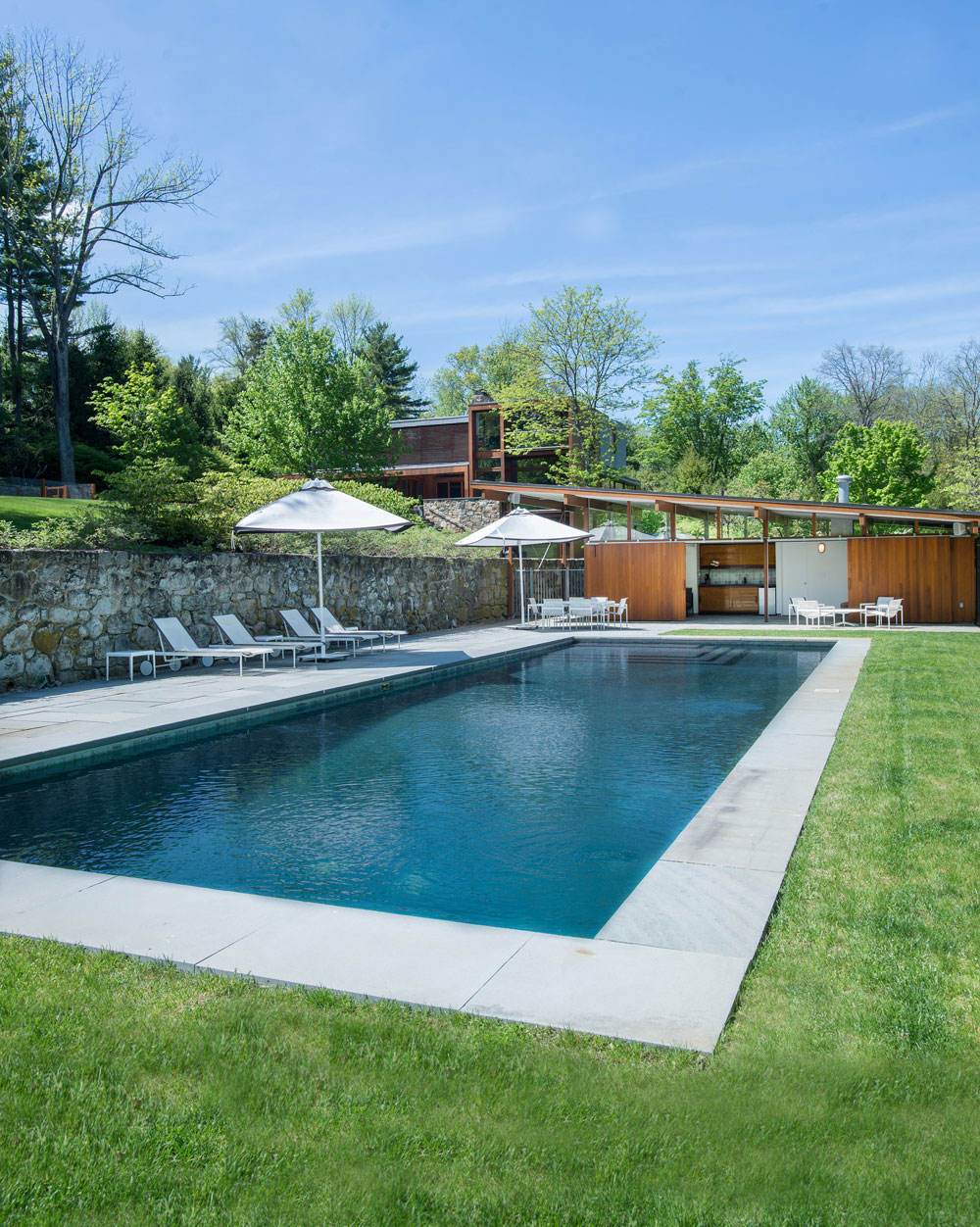 Along with New Canaan’s collection of modernist homes, including the work of Noyes and the Harvard Five, Johnson’s famed Glass House and Tirranna by Frank Lloyd Wright, you’ll find another modern marvel: the award-winning River Building at the Grace Farms nature conservatory. Designed by Japanese architecture firm SANAA, this latest edition to the area’s modernist collection is only about five minutes from 81 Cross Ridge Road. 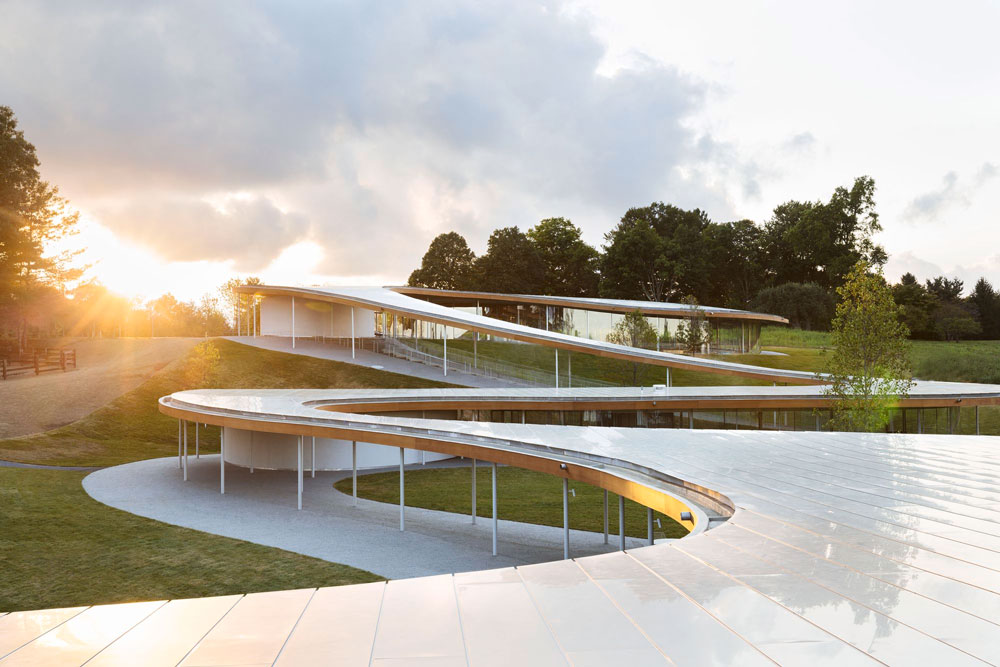 Named because of the way it meanders through the terrain, the 83,000-square-foot structure is a series of five pavilions linked by a curved roof, which descend a gently sloping hillside. 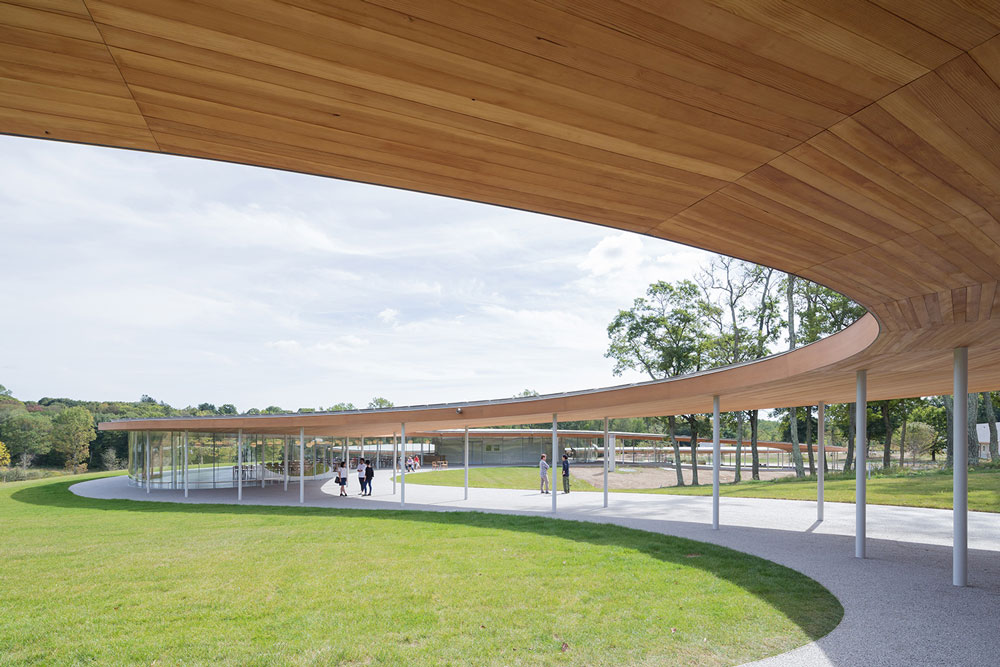 Structurally, the building consisting of glass, concrete, steel, and wood, is tied together by a single long roof which floats above the ground as it twists and turns across the landscape. The walkways, courtyards, and glass-wrapped volumes that form beneath the roof are remarkably transparent and invite people to engage with the expansive natural surroundings.