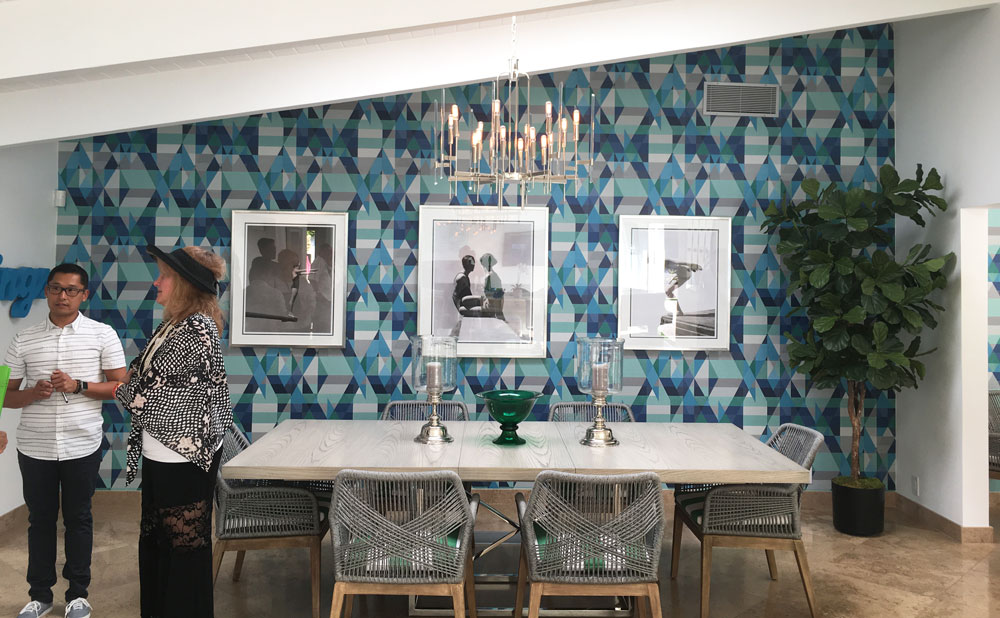 Modernism Week in Palm Springs ended its 10 day run earlier this week. Since 2006, the event has focused a spotlight on the desert city’s concentration of iconic mid-century modern homes and institutional buildings through tours, events and gatherings. Adrian Kinney with Resident Realty specializing in mid-century modern home navigated the tours and events that make up the annual celebration of modernist architecture. He returned inspired, with a lot of great photos to share. Here’s some of his favorites. 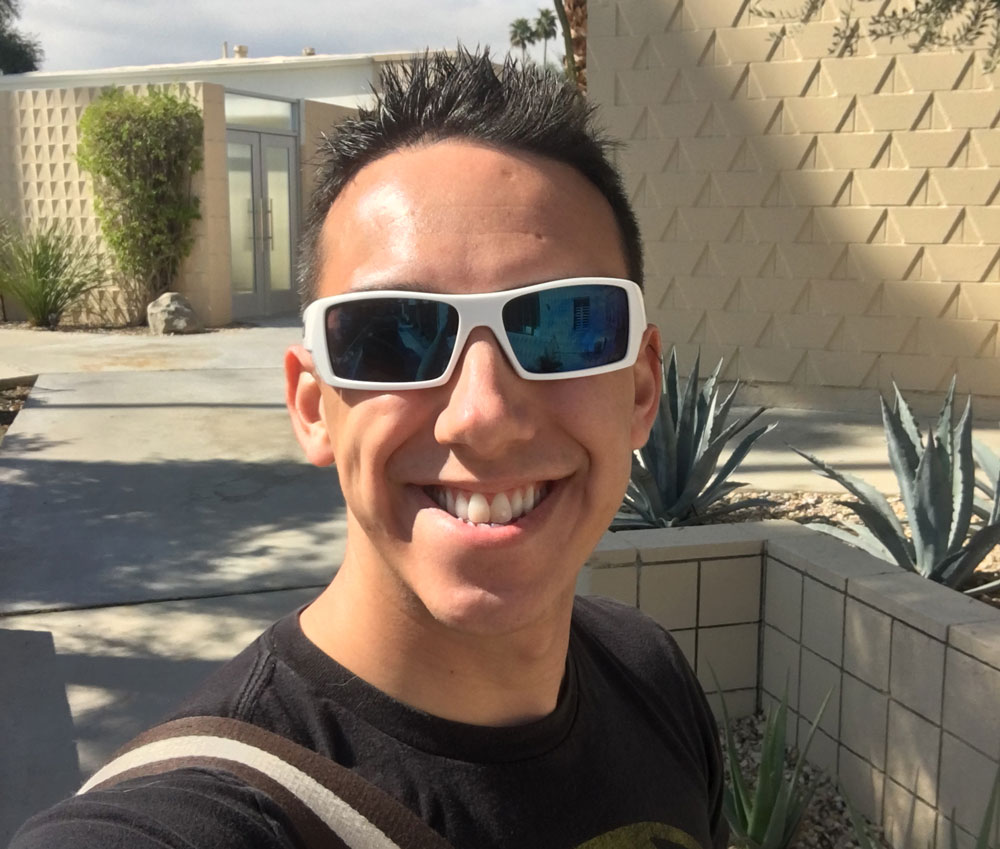 Old Las Palmas
Old Las Palmas began its development in the late 1920s and 1930s and boasts a high concentration of celebrity homes. Elizabeth Taylor, Kirk Douglas, Katherine Hepburn, Gene Autry, Lena Horne and many other Hollywood stars have been residents, nurturing Palm Springs’ reputation as “The Playground of the Stars.”

“This part of Palm Springs is one of the oldest,” says Adrian. “And these were the first homes were showcased on their modernism tours. Most of the homes here are built in the Spanish Style. But there are a few modernist gems in the neighborhood!” 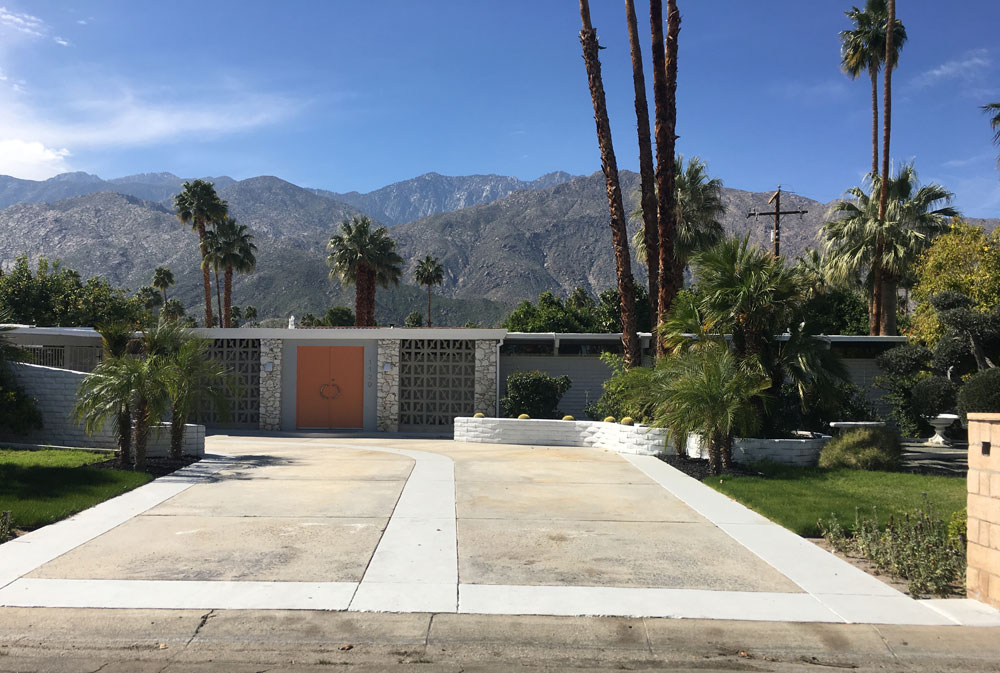 Koerner House
“This is in an area that has quite a few amazing mid-century modern homes,” Adrian notes. Built in 1955, the Koerner House is located in the coveted Deepwell neighborhood. This 4,224-square-foot mid-century house on 1.1 acres was designed by prolific architect E. Stewart Williams. The four-bedroom, four-bath home has floor to ceiling windows that line the back and gaze out to its rectangular pool, grassy lawns, with views of Mount San Jacinto.

“The Koerner house was actually the set of the 2006 Movie Alpha Dog was filmed,” adds Adrian. “It was purchased from the original owner, and the new owners have been lovingly restoring every aspect of the house back to it’s true 50’s era glory!” 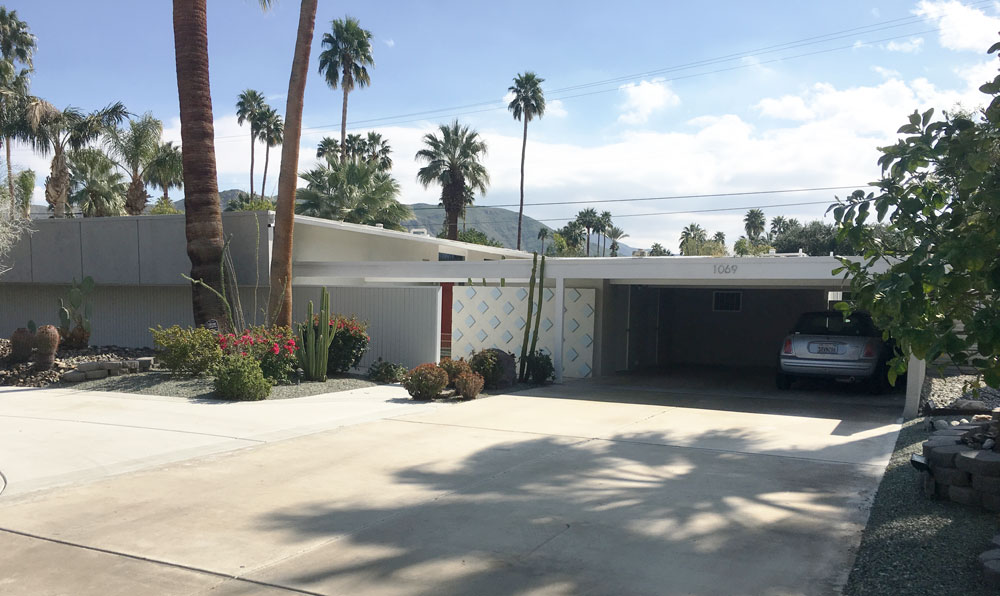 Twin Palms
The neighborhood of Twin Palms Estates is located in south Palm Springs and is the first Palm Springs neighborhood where Alexander homes, as designed by the architects Palmer and Krisel, were built during the years 1956 and 1957. The Twin Palm designation was accompanied with two palm trees planted in front of every single home in that development.

States Adrian: ‘Much like our Cliff May homes here in Denver, these were William Krisels tract homes. Built as the ‘masses’ option to buy the modernist design that was sweeping through Palm Springs. There was only one model built here, but the way it was dropped on the lot, and how the inside configured made each home unique but affordable!”