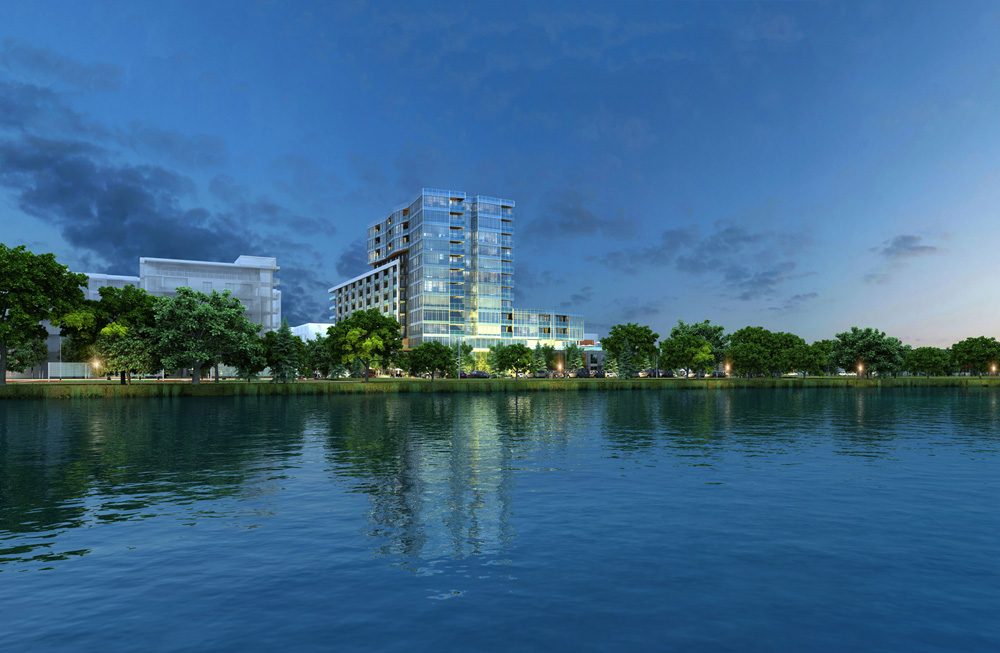 In the wake of St. Anthony’s Hospital’s relocation to Lakewood, the revitalization of the Sloan’s Lake neighborhood continues in earnest. The city’s West Colfax Corridor Plan, which began in 2006, called for the preservation and adaptive reuse of several historic sites, including the Kuhlman Building and 16th Avenue Chapel. It also allocated a nine-block stretch of land for the mixed-use development of higher density residential properties, quality retail options, and neighborhood services.

One of those blocks is soon to become Lakehouse, a 206-unit, 12-story luxury development bordering Sloan’s Lake. Developed by NAVA with design by RNL and Munoz + Albin, the project was conceived as a marriage of resort living and healthy living. 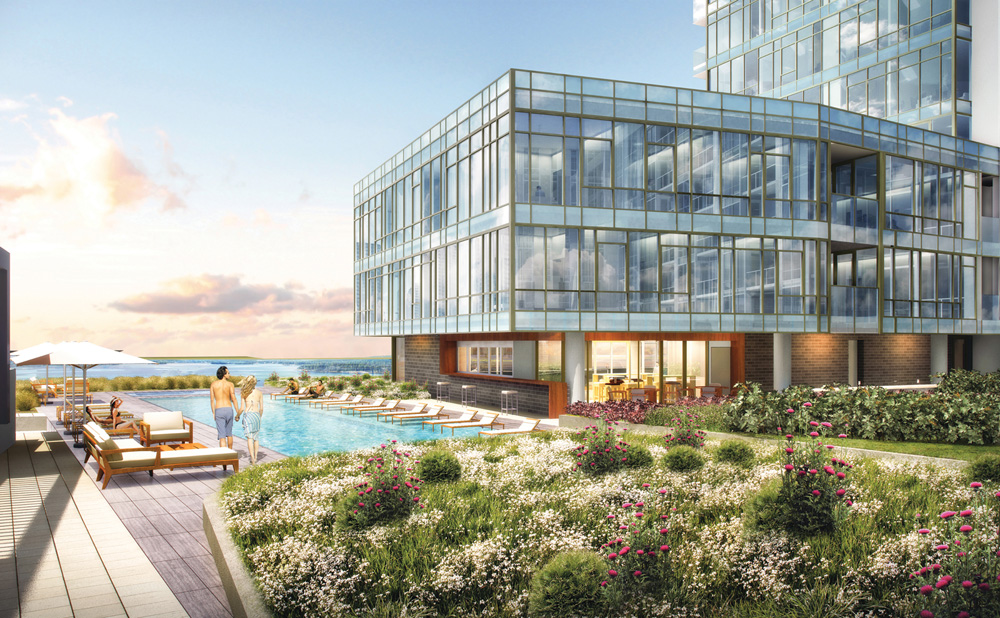 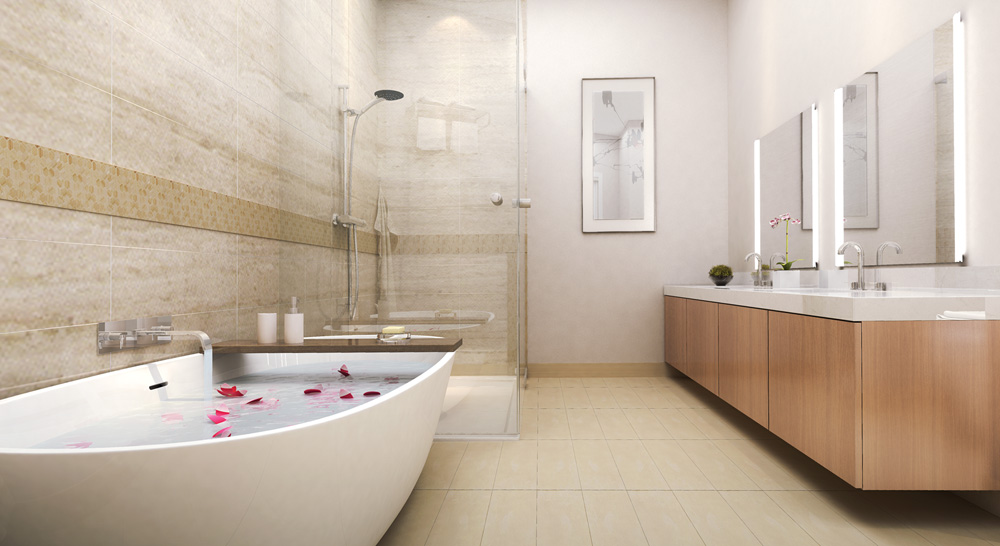 Healthy living means front-door access to a 190-acre park, amenities to support an active lifestyle (including a wellness center with juice bar, fitness center, sauna, and yoga studio), and an Agriburbia organic farm to provide fruits and vegetables for residents. 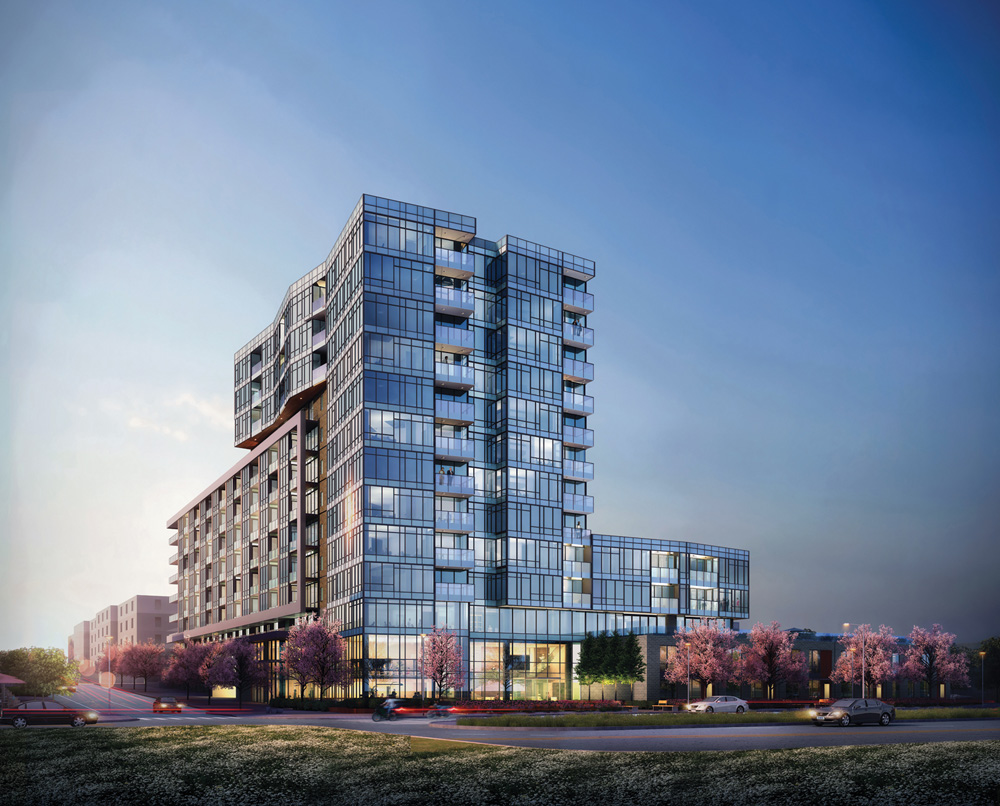 Said Brian Levitt, President of NAVA, “If we can create a biofeedback loop where people learn about themselves and how they can get healthier, we’re going to make healthier buildings over time, and hopefully even change the whole paradigm.” To that end, Lakehouse is the first registered Colorado residence to pursue the WELL Building Standard. (WELL measures building attributes that impact occupant health by examining air, water, nourishment, light, fitness, comfort, and mind. It marries best practices in design and construction with evidence-based medical and scientific research.) 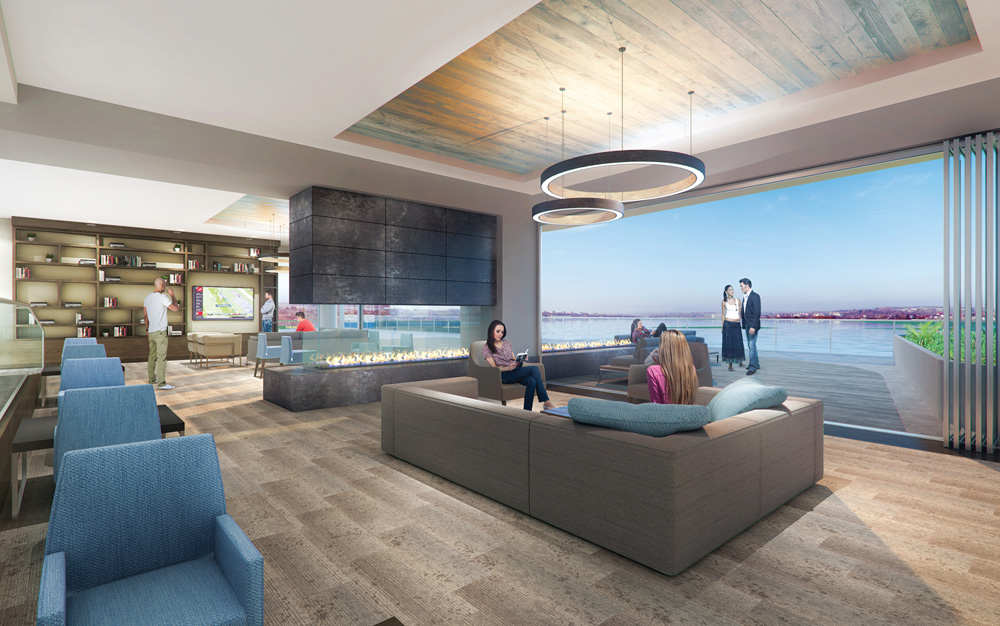 Levitt, along with CEO Trevor Hines and Vice President Don Larsen, placed particular emphasis on architectural design to suit not only the residents, but the site itself. They worked closely with RNL and Houston-based Munoz + Albin to craft a building with transparency, where the lake and park could be part of the development, and vice versa. Together they came up with the concept of water cascading over the top of the building and spilling into the lake below—an effect achieved with rippling glass alongside stone and steel. It’s a Lakehouse to be sure, but a far cry from the traditional log cabin variety. 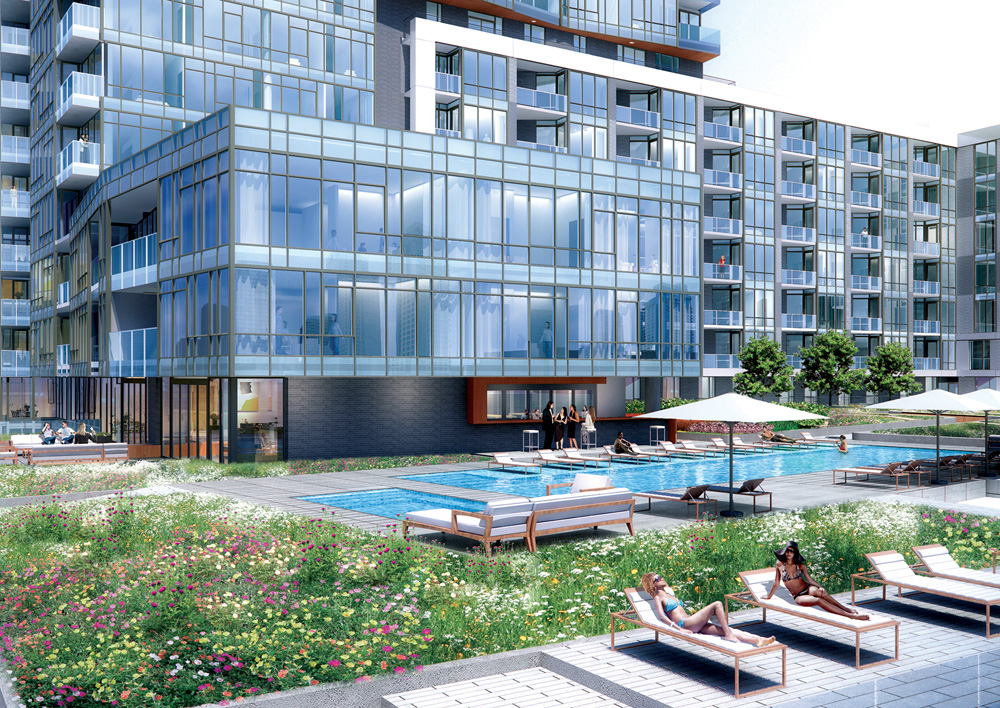 “It was a very integrated, hands-on process,” said Levitt of the years spent assembling a team to execute the vision. “But that’s how you get this kind of design. It’s a very rigorous process to get there, but we wanted something that really excites us.”