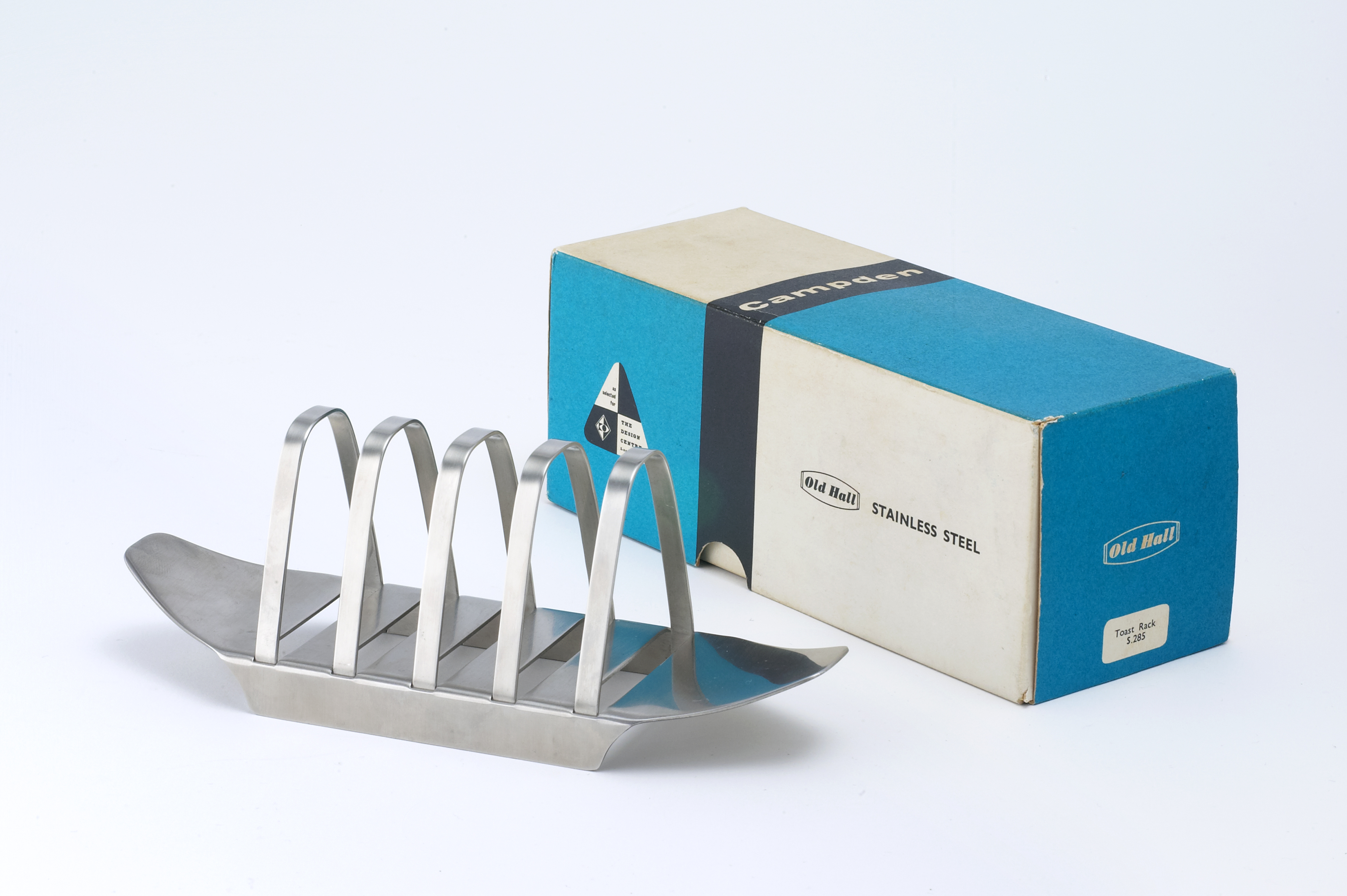 During and after a career that spanned more than four decades, industrial designer Robert Welch’s work has appeared in museums from New York to London to Bergen, Norway. He pioneered the introduction of stainless steel cutlery to the United Kingdom. He won prestigious awards and was named Member of the Most Excellent Order of the British Empire. And yet the Campden Toast Rack, a modest accessory Welch created just one year into his design career, may be his most enduring legacy. Crafted from stainless steel which tapered slightly upward at each end, the product was produced for Old Hall in 1956. It promptly won the Design of the Year Award from the Council of Industrial Design—presented by His Royal Highness The Duke of Edinburgh, no less—in recognition of its “elegant and ingenious construction.”

The Campden Toast Rack remained in high demand until production ended in the early 1980s. Now, 60 years after its introduction, Robert Welch Designs—helmed by his children, Alice and Rupert—has re-issued a limited edition run of 600 racks. The clean lines and pragmatic minimalism that defined Welch’s design are intact, thanks to a faithful recreation of his original sketches. Even the packaging is a detailed replica of the original.

Today, toast racks have all but disappeared from modern homes. But for aficionados of classic mid-century design, there’s probably room in the kitchen for a timeless example back on the market for the first time since parachute pants were all the rage. We aren’t trying to jam this down your throat, but supplies are limited, so you’d butter hurry.