A NEW BUILD FROM HMH ARCHITECTURE + INTERIORS BLURS THE LINES BETWEEN OUTSIDE AND IN. FOR AN ACTIVE YOUNG FAMILY OF FOUR, THE SKY’S THE LIMIT. 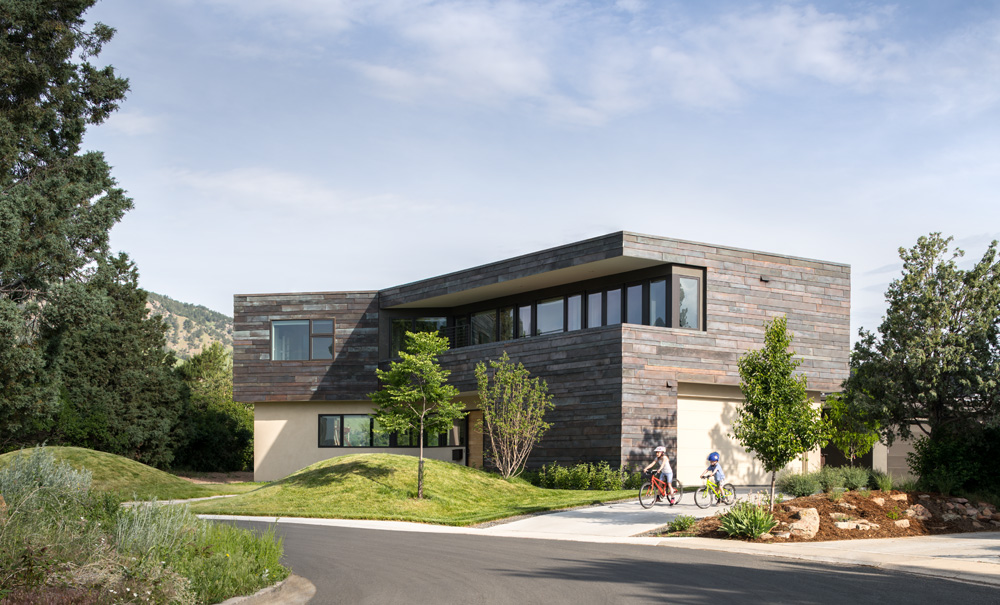 Bringing the outdoors in is hardly a new concept. But there’s an open, rectilinear house perched on one of the highest hills north of downtown Boulder that goes a step further: It also brings the indoors out.

For a family of four who love to bicycle, kayak, and take advantage of the Colorado lifestyle, connecting their living space to the natural environment was a high priority. “The challenge was making the interior spaces feel like they were outdoors,” said architect and interior designer Cherie Goff of HMH Architecture + Interiors in Boulder, who achieved that effect mainly through large sliders and accordion doors that replaced the walls separating the dining and living rooms from the spaces outside. 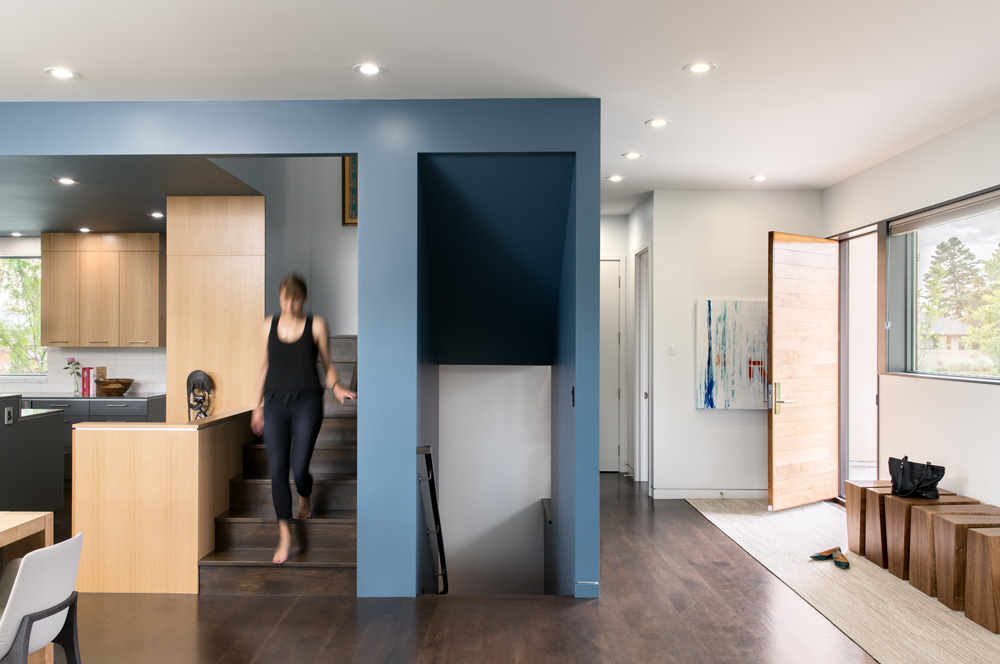 “It feels like we could be in Hawaii,” said the homeowner. “All the rooms have big windows to let in the light. The views are amazing from the first look, and they just keep getting better with each step up.” This culminates in a rooftop deck with views of the Flatirons to the south; of Mount Sanitas to the north; and in the distance, Longs Peak.

To play up those views, Goff gave the copper- and stucco-clad home a bold design of two V-shaped floors stacked one on top of the other (visible as you approach the home from the street). “The design really takes advantage of the site by creating these quadrants that naturally open up to the yard in both the front and back,” she said.

That V shape forms a south-facing entry yard, created by Denver landscape architecture firm R Designs, which is accessible by a winding front walkway hugged by two gentle grassy berms. On the north side of the home, the living and dining rooms as well as the kitchen open out onto a large social space that includes an outdoor bar and lounge, a second dining area that can accommodate 10 people, and a grassy yard. (A pool is coming soon.) Because the views are really the star of the show, the furniture outside “is more background in color and style,” said Goff , “so as not to distract from the mountain views.” 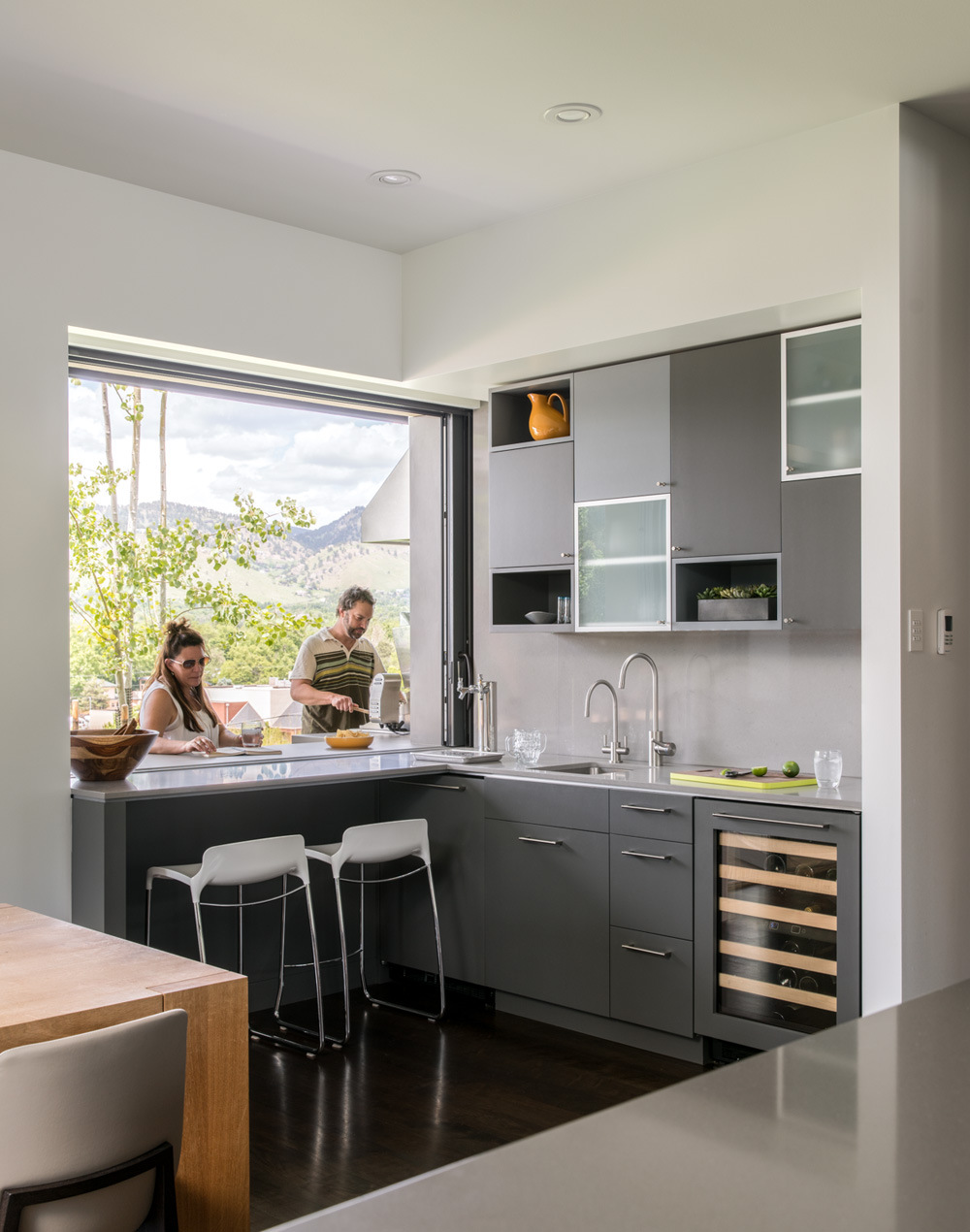 Not visible from the street is a rear wing, which provides storage equal to a five-car garage. It houses three discrete spaces: one for everyday commuting cars and bikes, as the family likes to bike everywhere; a second space for the family’s many toys, including a camper and kayaks; and a third space that acts as a man cave and workshop.

The family actually lived on the property for four-and-a-half years before the new four-bedroom, four-and-a-half-bath house was completed in 2015. “We’d had a vision of what we wanted for a long time,” said the homeowner, “compiling a list of things we loved about different places we’ve traveled, as well as things we already liked about how we were living in the 1950s ranch home that was here before. But the major thing we wanted was the integration of the indoor and outdoor spaces.” 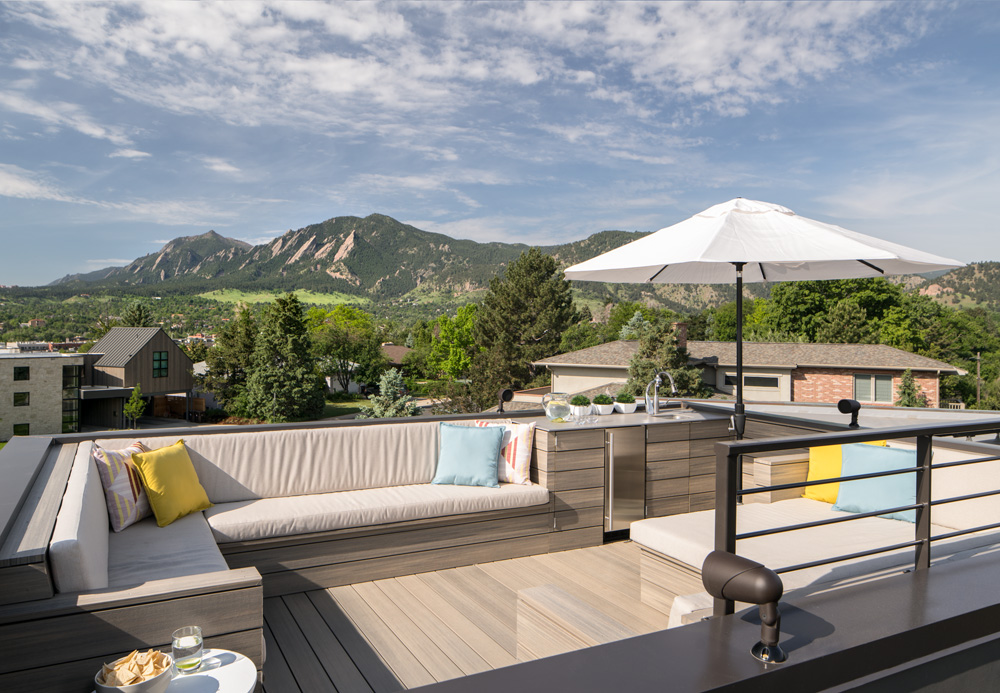 Inside, Goff said, “Comfort and practicality were the two key factors for the family. Because they are so active, they needed the furniture to be relaxed, comfortable, and easy. They were too busy to fuss with materials and finishes that take time to maintain.” They field-tested all of the seating for comfort, and since the dining room table is thick slabs of oiled oak, it can be dinged and scratched and that will only bring more life to the piece.

It was also important that the new home be energy efficient. To that end, Goff worked with general contractor Hammerwell to incorporate a 10-kilowatt, photo-voltaic system and 25 solar hot water panels that provide half the home’s water and space heating needs. Also added: super-tight insulation through 8” exterior stud walls and low “e” double-paned windows, which have a coating that controls the amount of ultraviolet and infrared light that enters the house. Windows on the north side bring in more light to take advantage of winter sun and warm the house when it’s cold outside. Windows on the south, east, and west have a higher level of coating to minimize heat gain. Overall, the house functions close to net zero. 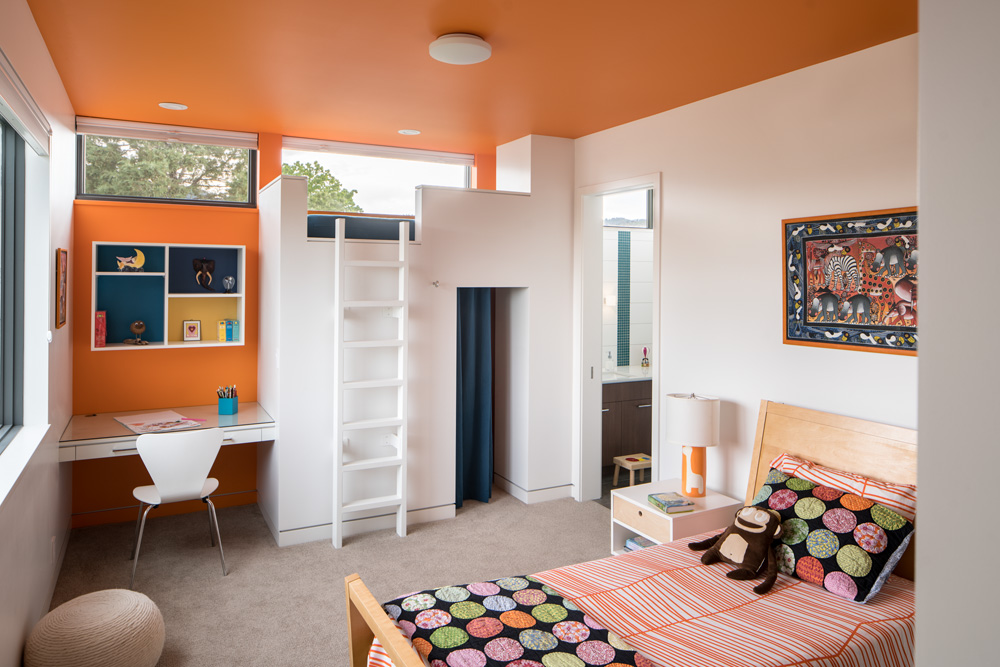 “This is a really, really sweet location,” said the homeowner. “We have the convenience of being near town but also feel like we are actually in the mountains. It’s truly everything we wanted.” 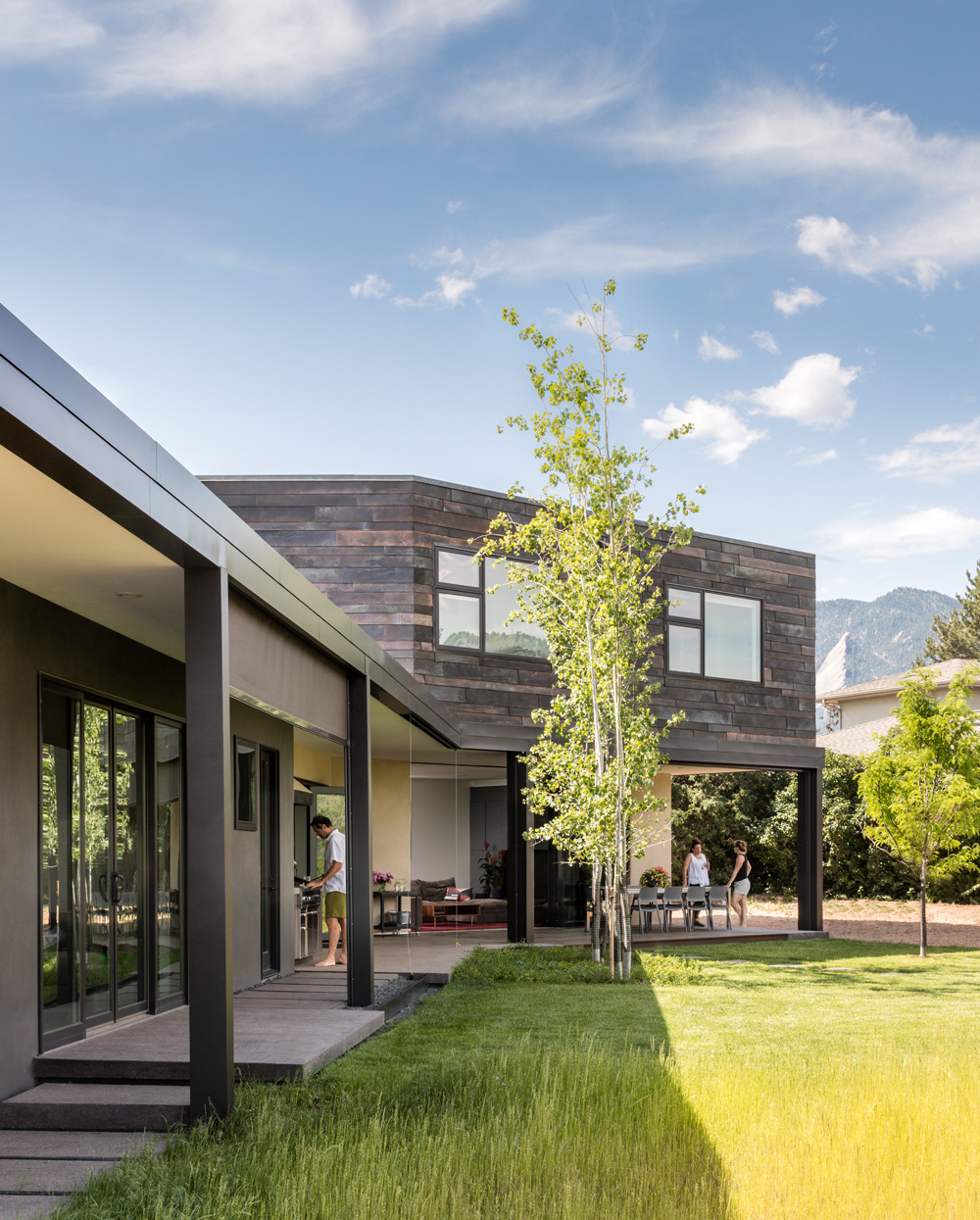