HERE’S A RIDDLE: WHEN IS A PING PONG TABLE MORE THAN A PING PONG TABLE? FOR VERTICAL ARTS ARCHITECTURE, TRANSCENDING SIMPLE RECREATION ONLY HAPPENS WHEN A PIECE OF CUSTOM FURNITURE—SAY, A SLAB OF WOOD TO SUPPORT A TEAM-WIDE TABLE TENNIS HABIT—ALSO SERVES AS A TOOL FOR OFFICE UNITY, WORKFLOW FUNCTIONALITY, CLIENT ACQUISITION, AND CREATIVE EXPLORATION. 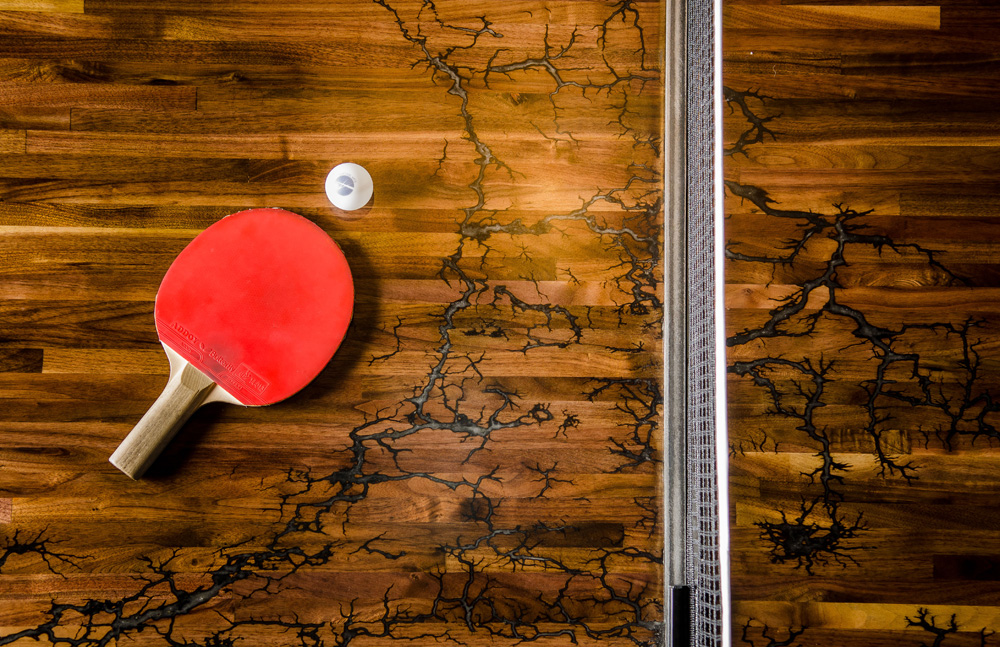 With prime new office space looking out across Speer Boulevard, the Denver office of Vertical Arts wanted to shake things up a bit. Having moved his team from their office in RiNo’s TAXI building to a more central location, Lead Architect Brian Patty was determined to distinguish the space from other local design firms, and from Vertical Arts’ longstanding practices in Steamboat Springs and the Vail Valley. But in a crowded marketplace, shining a light on the rm wasn’t enough—he was looking to start a fire. And while that may work as a metaphor, Patty and his team took it a step further. They literally started a fire.

“We thought, ‘Let’s take something you don’t traditionally need, like a ping pong table, and say this is part of our culture,” said Patty. “But we do need a real conference room table, and we need real work tables, so let’s do what it takes to design this so it works.” 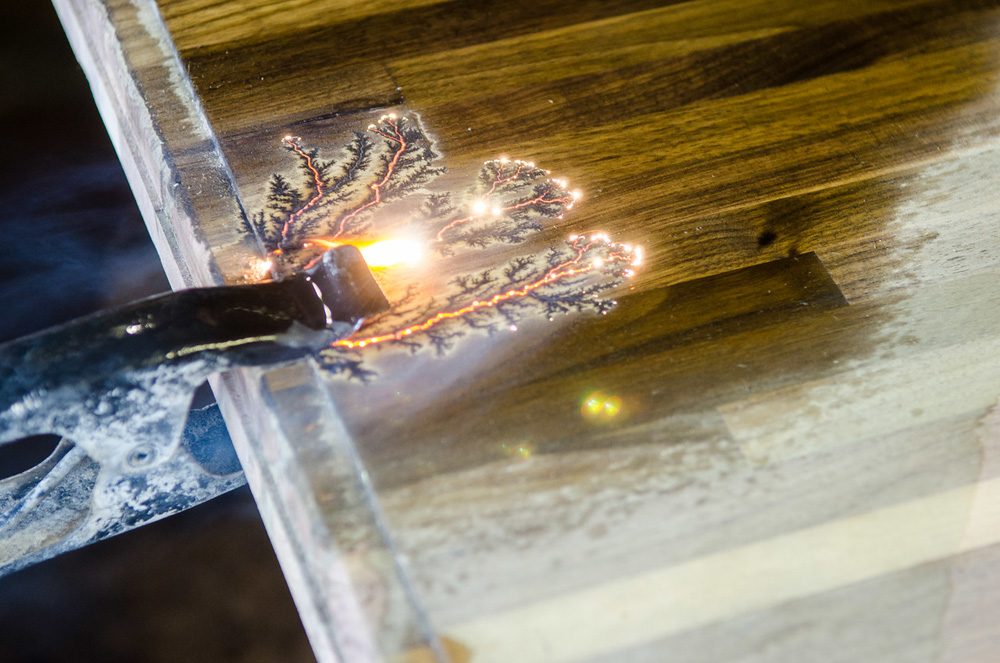 Working with local firm James Davis Designs, Vertical Arts created a one-of- a-kind office centerpiece using a relatively unknown process called electrical erosion. Starting with a walnut butcher block, Davis, who had been experimenting with the technique for several months, brushed a solution of salt water and baking soda in a loosely governed pattern across the wood. After leaving it to sit and soak, he attached a grounded wire clamp and a separate clamp that runs through a series of microwave transformers, elevating the charge from 120 volts to more than 15,000. Doing so produced a slow-moving fire that Davis could gently soothe or nudge with a spray bottle. 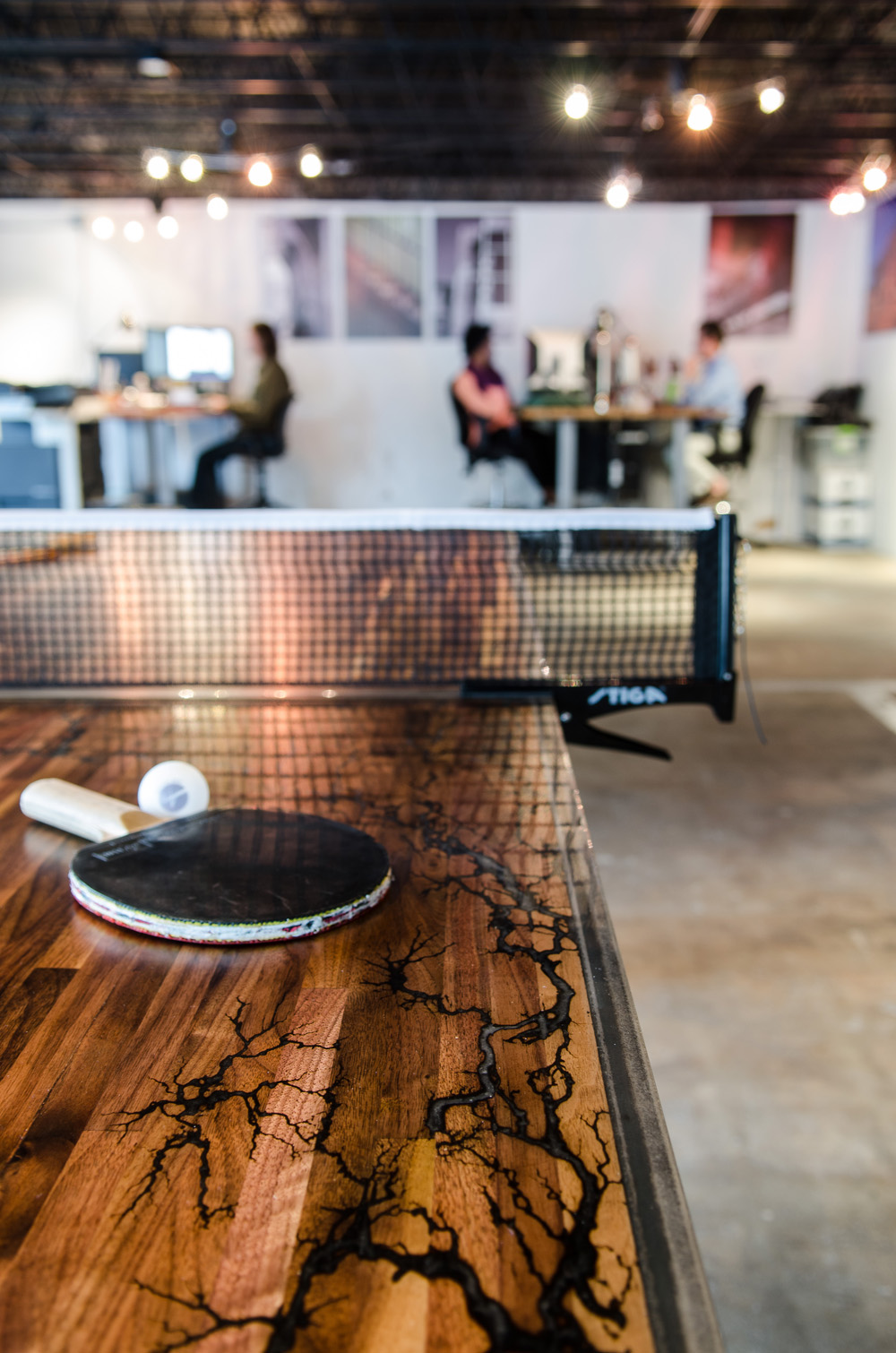 For Vertical Arts, the results were two-fold. On a positive note, the electrical erosion created a unique and eye- catching design which, once coated with wax and epoxy and sanded down, contrasts perfectly with the dark wood. On the other hand, Patty’s girlfriend, who gamely offered up her own microwave in support of the project, found herself in the market for a new one when the boosted electricity fried the device. “We needed a new microwave anyway,” said Patty.

The table made its office debut in August, and it didn’t take long to make an impact. Removing the detachable net produces a conference table for larger, more formal meetings. Simple latches along the underside allow the table to split into two equal, more traditional square tables, making it easy for employees to convene impromptu breakout sessions. Within a week, a visiting client was sufficiently impressed to commission Vertical Arts, unsolicited, to create a custom dining room table using electrical erosion. 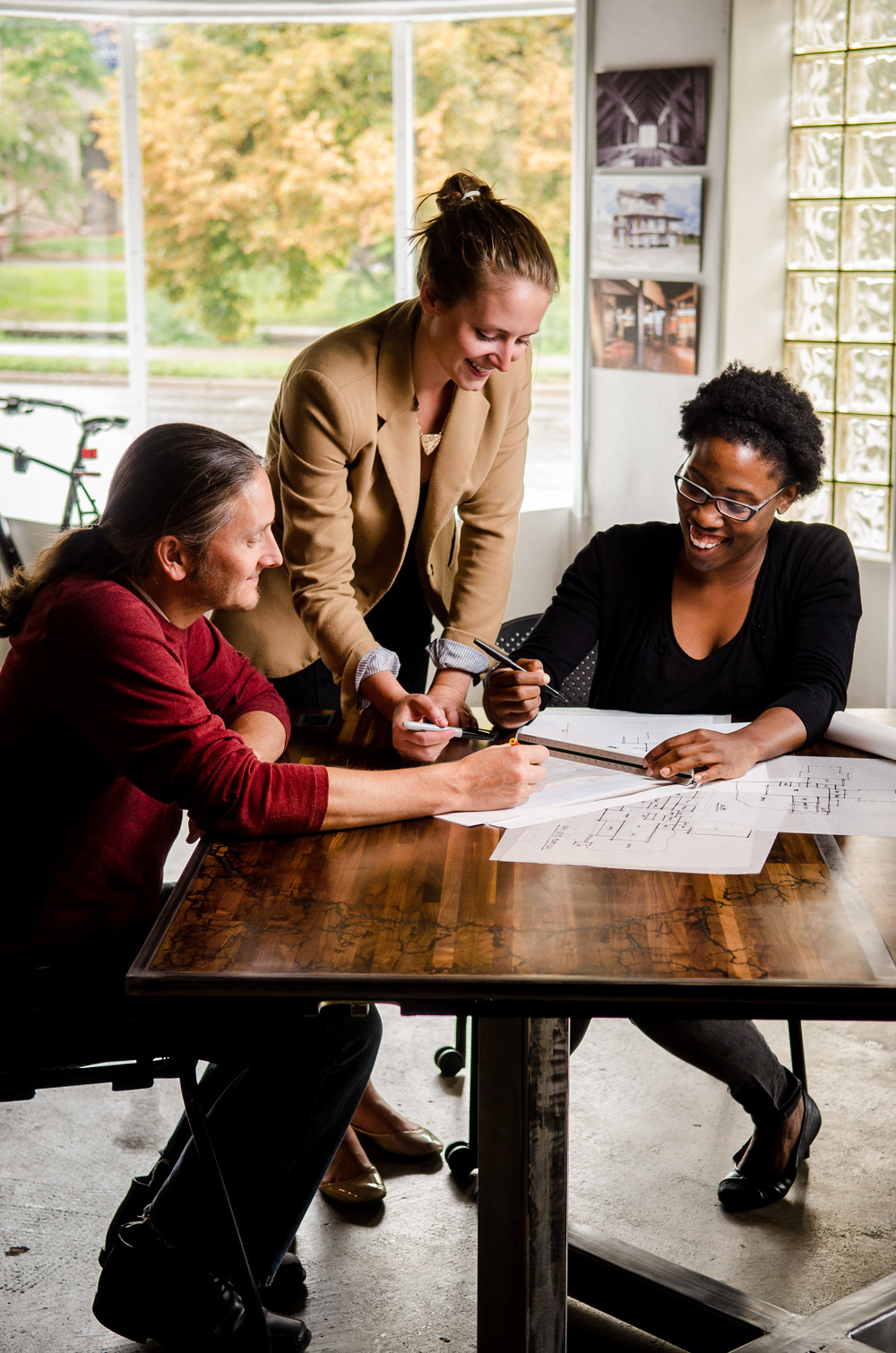 “Our approach was to take it to this level where you want to touch it, you want to see it, because it has this depth of natural character,” said Patty. “We see a lot of clients going with Colorado designs where they want something tactile and beautiful, but not forced. And that was where we were going.”

A new ping pong table, conference table, and breakout desks. A tool for educating clients on an exciting new design technique. An opportunity to showcase their commitment to collaboration with local artists and craftsmen. Vertical Arts has seen an immediate return on what was once just a quirky idea. And the only casualty was an unsuspecting microwave. 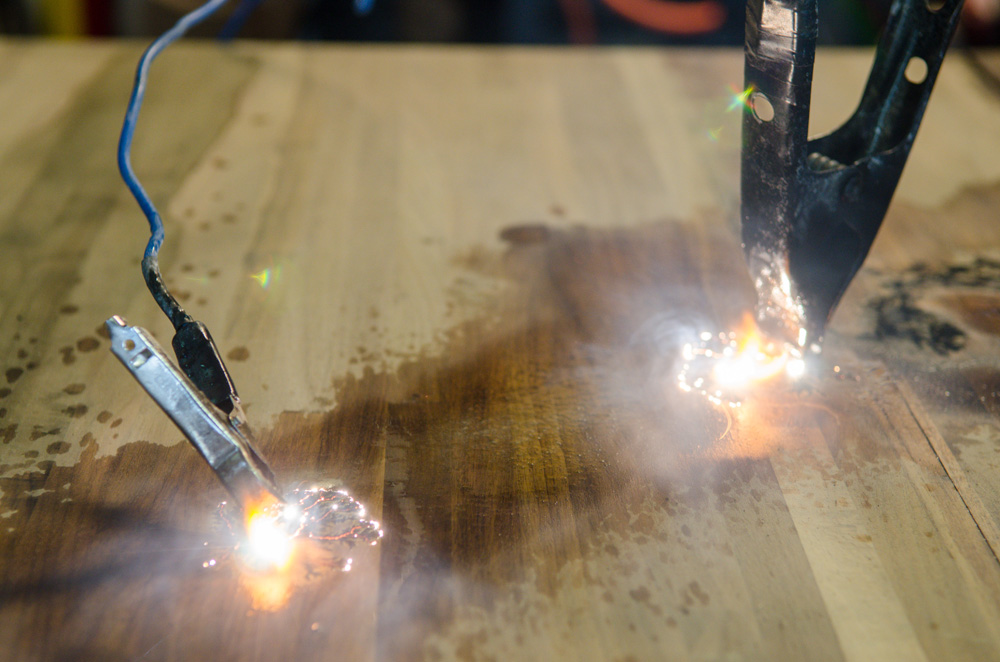