ART HANGING ON GALLERY WALLS TELLS ITS OWN STORY. BUT IN HER LATEST EXHIBITION, SARAH MCKENZIE SHIFTS HER FOCUS TO THE GALLERIES THEMSELVES, PROVING ONCE AGAIN THAT OUR SPACES HELP DEFINE OUR EXPERIENCES. 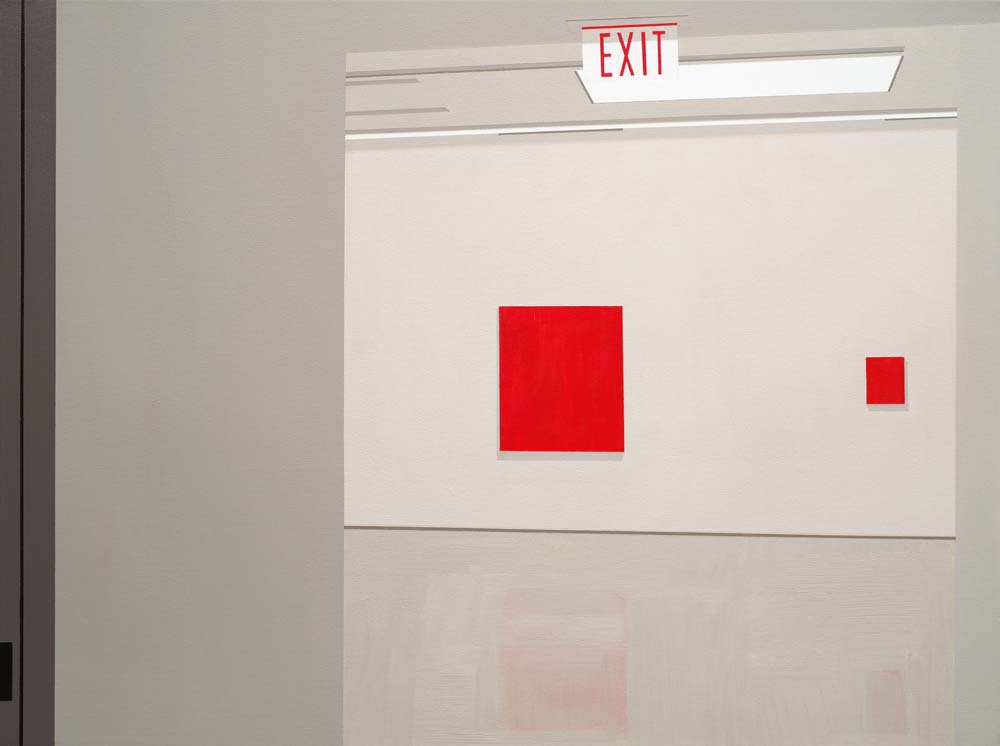 At first glance, the white expanse of a gallery wall might seem empty. But as Boulder-based artist Sarah McKenzie reveals through her recent series of works, there is much to uncover about the relationship between artwork and the space it inhabits.

McKenzie has long been fascinated by the built environment, and has explored urban sprawl, buildings in various states of construction, and transitional spaces defined by windows and thresholds. At the core of this body of work is an examination of the dialogue between different elements—whether it’s urban structures spreading out into rural areas, how a building under construction is in the process of becoming, or the way a threshold separates two spaces. Her current series, White Walls, extends this exploration with a look at the architecture of contemporary exhibition spaces. 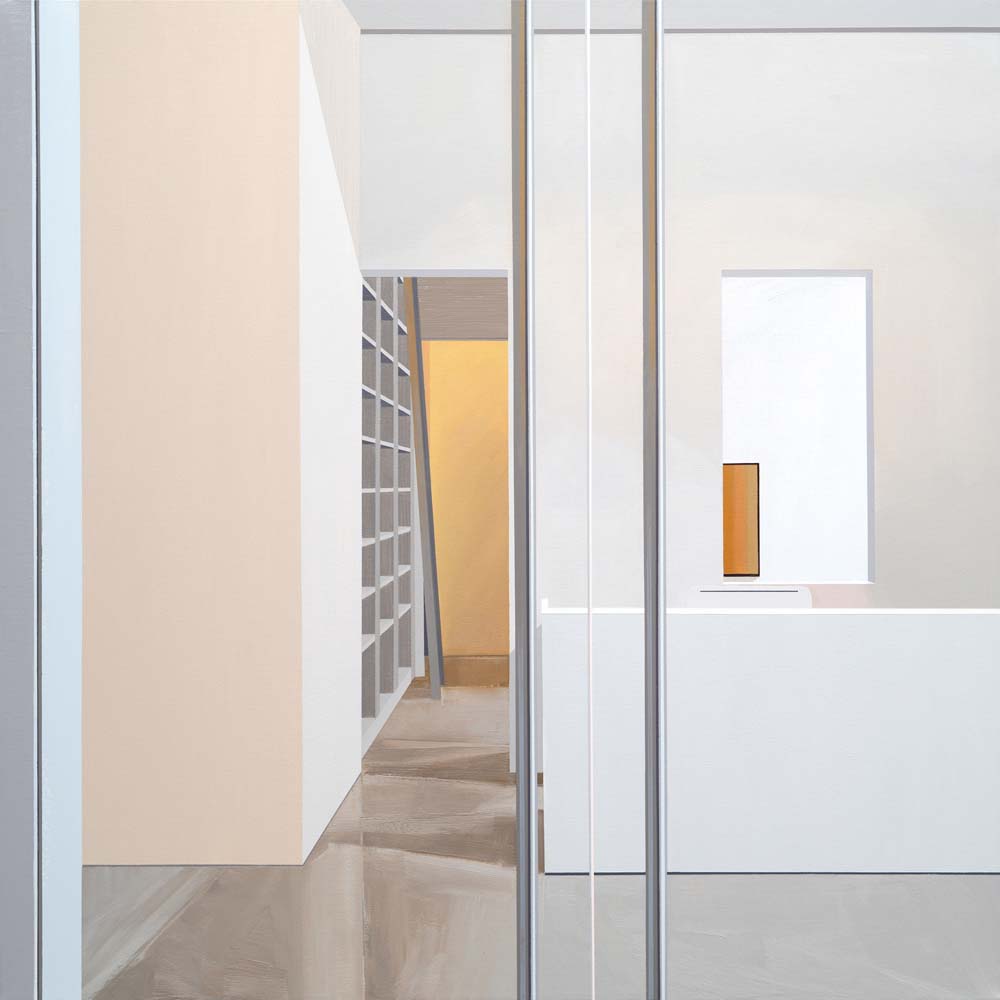 While visiting the Tate Museum in London in the fall of 2013, McKenzie found herself taking photographs of the art as any tourist might do, when she started to become increasingly aware of the way the space was setting up her artistic experience. “The art was definitely what I was responding to, but it had as much to do with spatial dynamics and the lighting and the experience of moving through the rooms and how you’d enter a space and be surprised by something, or the way the artwork would interact with the entry to the next space,” she explained. McKenzie returned home with source photos that sparked her White Walls series, which is on display as a solo exhibition at the David B. Smith Gallery through October 8.

To be sure, the philosophy guiding best practices for displaying art has evolved over the years. In the 19th century, art was frequently kept in a richly decorated home setting, where the gilded surroundings reinforced the value of the work and offered a glimpse of how it might be displayed once purchased. But by the mid-20th century, minimalist, white-walled rooms were quickly becoming the norm. What was driving this shift? 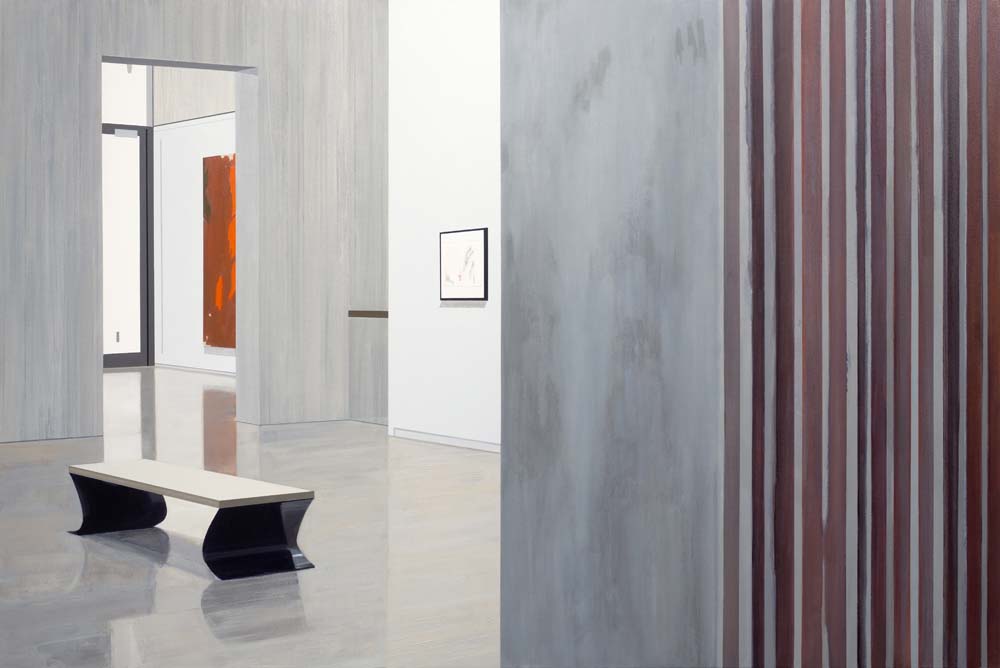 As author Brian O’Doherty observed in his collection of essays, Inside the White Cube: The Ideology of the Gallery Space, this shift was a response to the way the modern art movement pushed art beyond the traditional boundaries of the frame. Suddenly, the exhibition space itself became a receptacle for the art. Everything else was cleared away in order to make room for the bold new ideas of the era.

In creating a void, however, something new also emerged. McKenzie is quick to point out these spaces exist on both polarities: They are empty, and yet full of cultural significance. It is this depth of meaning that drives McKenzie’s work as an artist and occupies her thoughts as she sits on a museum bench or strolls though a gallery. 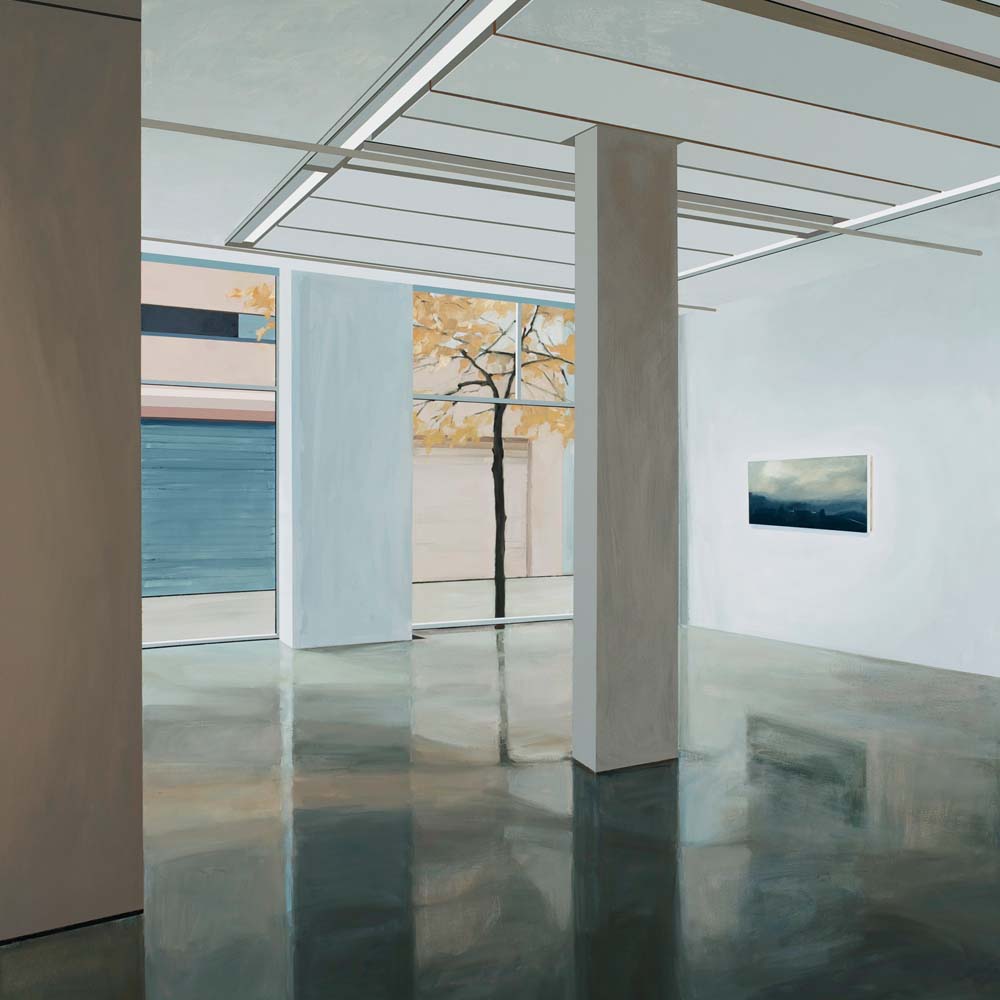 Working with both oil and acrylic paint, each of McKenzie’s paintings contains a variety of surface textures and stylistic approaches that create depth and nuance. While she works from a source photograph, she measures out every detail and transfers it by hand instead of using a projector, so that she can truly understand the dynamics of the space being captured. Her paintings not only invite the viewer to consider the intersection of art, architecture and space, but are also physical objects that have their own presence when experienced in person.

Gallery owner David B. Smith said he was drawn to McKenzie’s work in part because it’s culturally relevant and conceptually engaging to local audiences. Galleries, said Smith, are places “to come in and learn a little bit about the artist, and to talk to us about the artwork on the walls. Galleries are places where people are able to have these conversations … and you’re just not able to do that on Instagram.”