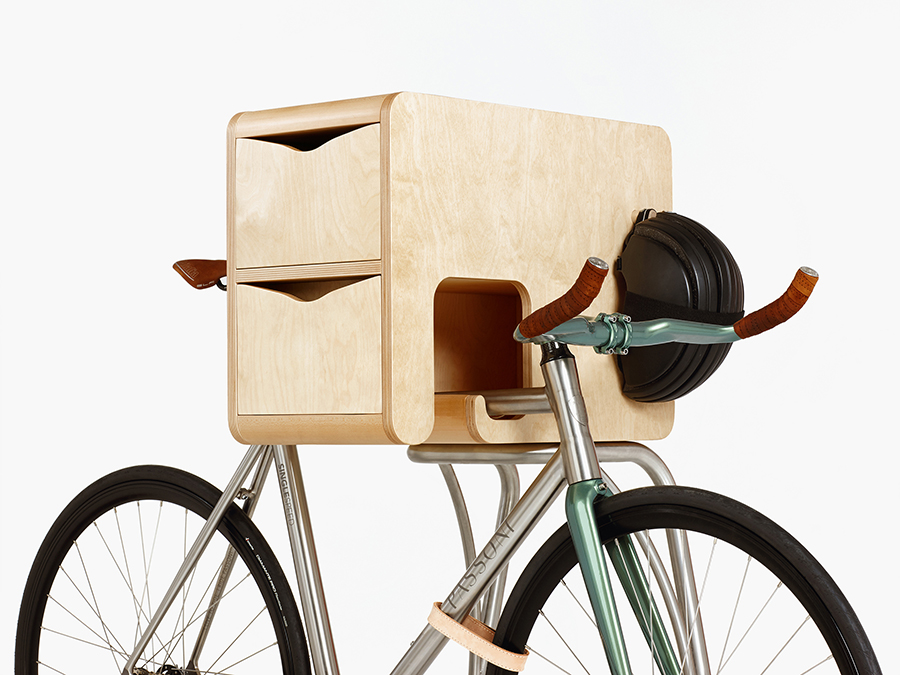 Fun fact: In the United States, Colorado is second only to Oregon in percentage of commuters who bike to work. As a city, Denver ranks ninth overall, and Boulder and Fort Collins also appear in the top 10. Factoring in all manufacturing, retail, and tourism dollars, the bicycle economy in our state alone accounts for a billion dollars per year. All of which goes to show that Colorado, now more than ever, is bike country.

The bicycle is also popular in the design community—enter the Bike Butler, a practical-but-stylish bike stand from Italian startup vadolibero. The freestanding base is a smart alternative to wall-mounted units, and the built-in cabinet has plenty of storage space for helmet, gloves, keys, glasses, and more. The folding door utilizes a magnetic closing system, and hooks along both sides can hold jackets, bags, or headphones. There’s even a special “hidden” space for storing more sensitive items.

The brainchild of journalist Antonella Grua and photographer Ran Reuveni, vadolibero is a brand built entirely around the cycling lifestyle. Their debut collection, ride home, contains several versions of the Bike Butler (including, yes, a wall-mounted version), along with the Bike Shelf, a modular, customizable organizer that is part bike storage, part designer bookshelf. All of their products are designed and manufactured in Italy—a place with a like-minded affinity for all things cycling. Brillante! 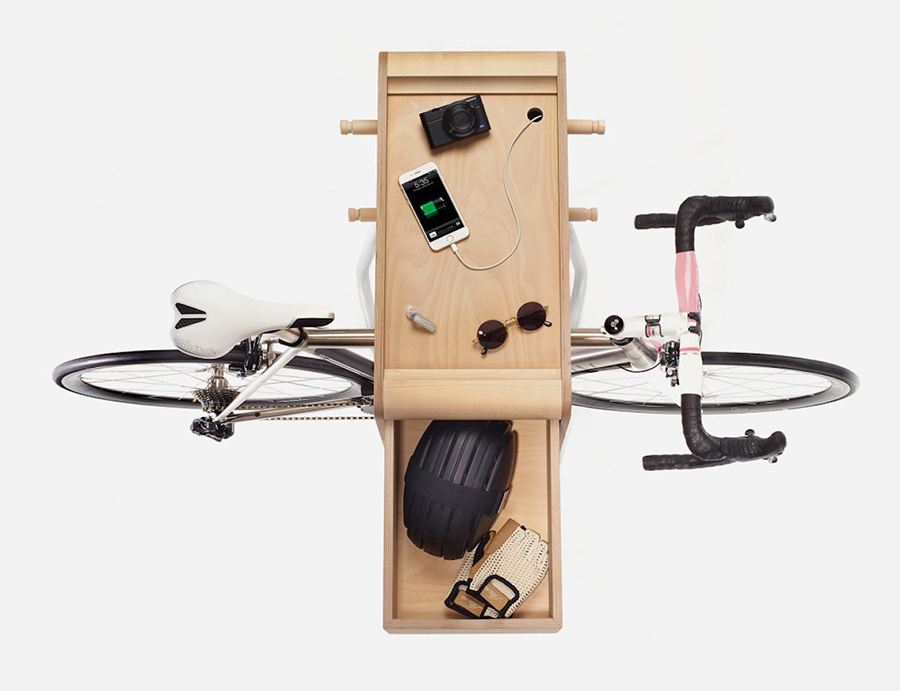