IN ARCHITECTURE, THE CONCEPT OF BALANCE IS SO FUNDAMENTAL AS TO BE TAKEN FOR GRANTED. TALKING TO AN ARCHITECT ABOUT ACHIEVING BALANCE IS LIKE ASKING A MUSICIAN ABOUT STAYING ON KEY. BUT BALANCE, WHILE NOT EXACTLY NOVEL, IS THE KEY INGREDIENT HOLDING ALL GREAT BUILDINGS TOGETHER. AND IT MAY BE THE SECRET SAUCE POWERING THE FIRMS WHO BUILD THEM. 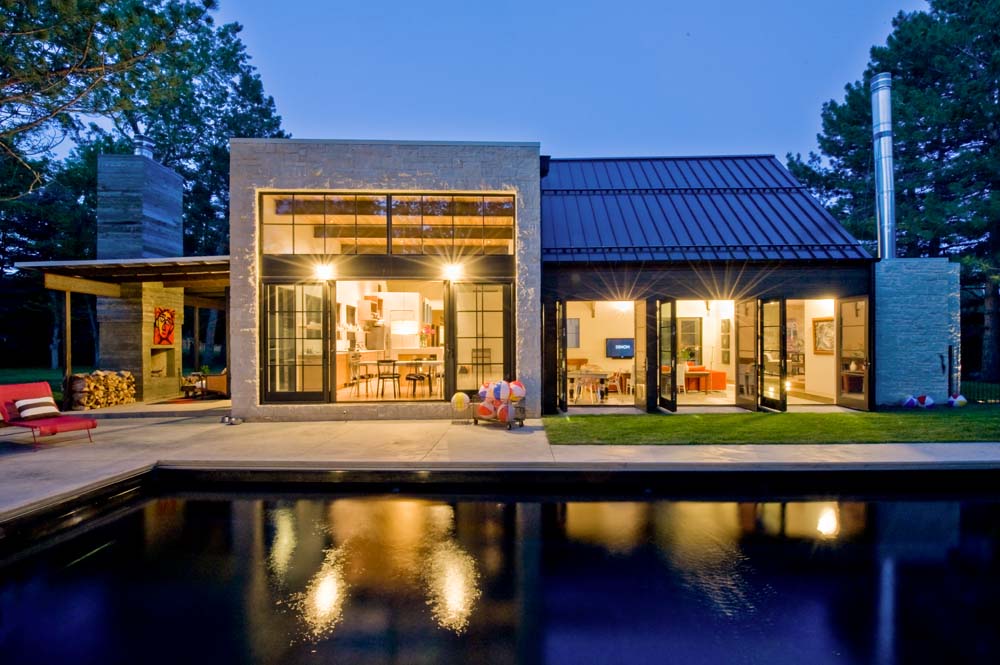 The Black Bear House sits on a sloping site right at the base of Chautauqua. It’s a glorious structure, all clean lines and floating stairs and mountain views, but the house itself is also a retaining wall and a massive cantilever. Getting it to rest precisely this way, in perfect balance with such a challenging environment, required no small feat of creativity—not to mention some heavy-duty civil engineering.

Black Bear is a creation of Surround Architecture, a 12-person firm whose offices sit just blocks from Pearl Street in Boulder. Surround’s portfolio is largely residential, but the steady backfill of commercial projects does more than round out the work week. “I think the process for commercial work is so methodical as far as communication that we transport that over to our residential side in order to create a very organized process,” said Founder and Principal Dale Hubbard. “You see a lot of residential work that gets done pretty fast and loose, and I just don’t think that’s fair to anyone involved not to have a very robust documentation and communication process. There’s too much on the line.” 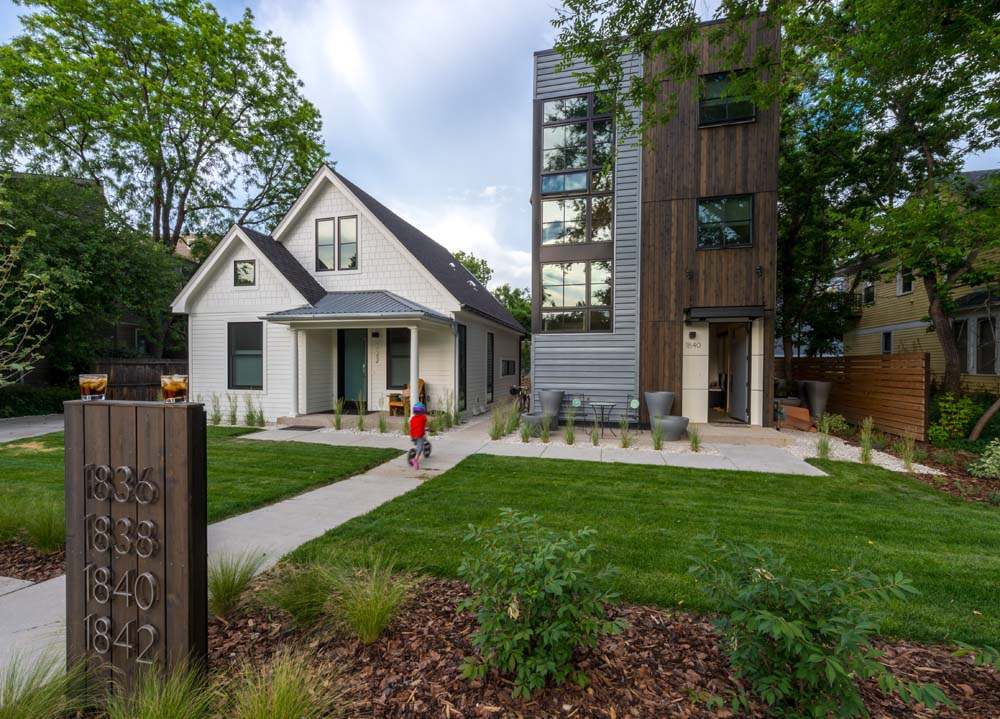 That granular attention to detail proves beneficial for single-family housing like Black Bear, but also for the occasional venture into multi-family units. Dwell 22 is a striking historic infill project featuring three modern, vertical, three-bedroom units, directly adjacent to a longstanding 1929 Edwardian farmhouse. Known internally as Snow White and the Three Huntsmen, here was a project with such strict zoning constraints that the metrics between garages are measured in inches.

That sense of give-and-take works both ways, with commercial projects taking on elements of Surround’s residential sensibility. In fact, it was their residential work that caught the attention of Boulder Brands, the natural foods company best known as the umbrella uniting Smart Balance, Udi’s, and Glutino, who hired Surround to design their new corporate headquarters. The challenge was to marry a warm, open environment with the practical, functional needs of a publicly traded company. The result was an inside-out office layout, where most workspaces are near windows and the closed-off offices sit toward the interior—along with a deck that looks out over the Flatirons and a full test kitchen suitable for hosting lectures, classes, or even visiting investors. “I think there’s some feeling and some texture and some intent that we pull into our commercial work,” said Hubbard. “And I think the people who occupy those structures would agree that maybe they have a bit more heart and soul than just going with a commercial design outfit.” 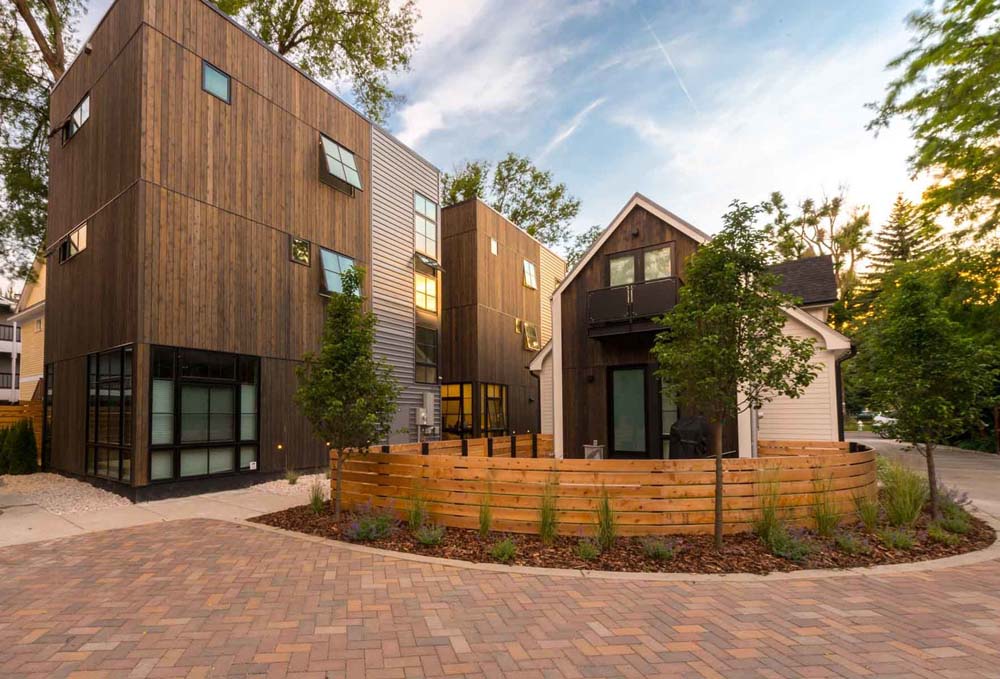 More than the simple interplay between residential and commercial projects, however, true balance comes from a deeper commitment to complementary ideals. As the face of his firm, Hubbard exudes a calm demeanor. He is poised and confident, but also highly attuned to those around him. His staff is a heterogeneous mix of ages, backgrounds, and expertise. They operate in ever-shifting teams in an open studio space, and, as is increasingly common, there are no set hours. Luna the Office Dog might wander from desk to desk in search of affection.

But don’t mistake the casual atmosphere for a lackadaisical approach. By eschewing a more traditional pyramid-shaped hierarchy and implementing what he calls a “guerrilla warfare” structure, Hubbard sets high standards for even his greenest designers. “I’ve always felt it’s important to drive the ability to make decisions down deep into the firm, allow people to get the answers they need, and implement the things they need by themselves,” he said. “I would never hire anyone I wouldn’t feel comfortable putting in front of our most aggressive client.” 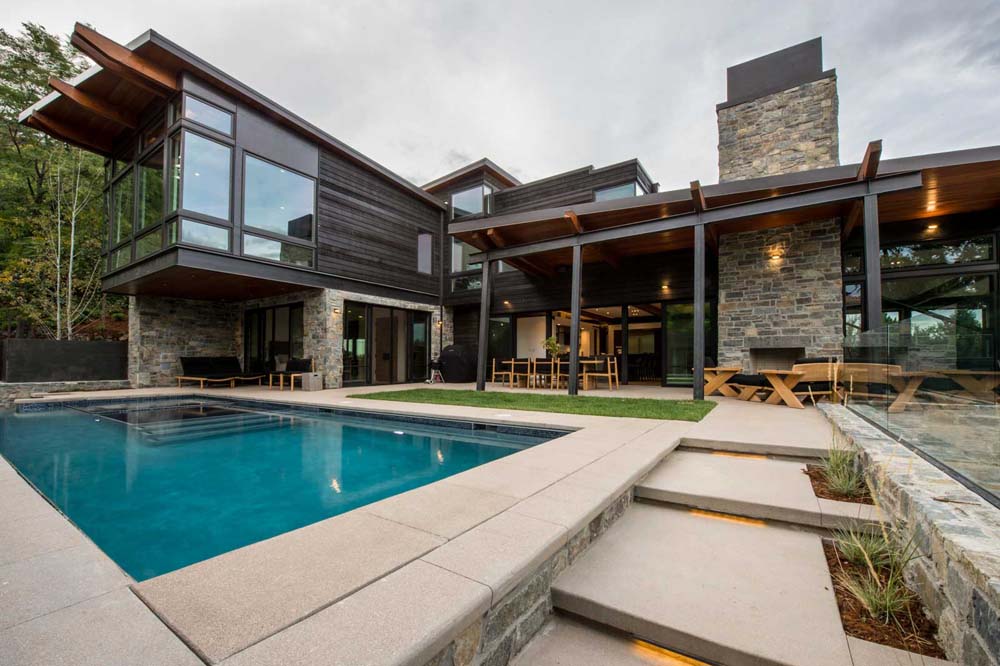 Reliance on such a diverse, empowered staff also requires a thoughtful alchemy when it comes to process. The team at Surround collaborates daily within the bleeding edge Building Information Modeling (BIM) software Revit, a decidedly new school approach to architectural design that allows for real-time, three-dimensional modeling. But the old school method of marker-and-trace drawing is equally present, and Hubbard believes that not only will the tried-and-true methods never go away, but that their incorporation into even the most modern, high-tech project is essential. “There’s something powerful about the raw process of drawing and creating, thinking, sketching, and talking to someone one-on-one,” he said. “There are some old skills that we need to maintain in order to leverage this amazing technology, and in order to be successful, you really need to be able to do both.”

Commercial meets residential, formality melds with informality, and emerging technologies reinforce textbook fundamentals. It is the precise calibration of each distinct element, in flexible and responsive increments, that allows for boldly original work to shine through. Even in an age of unprecedented specialization, balance is crucial. Balance is foundational. Balance, when viewed from the proper perspective, is even beautiful. 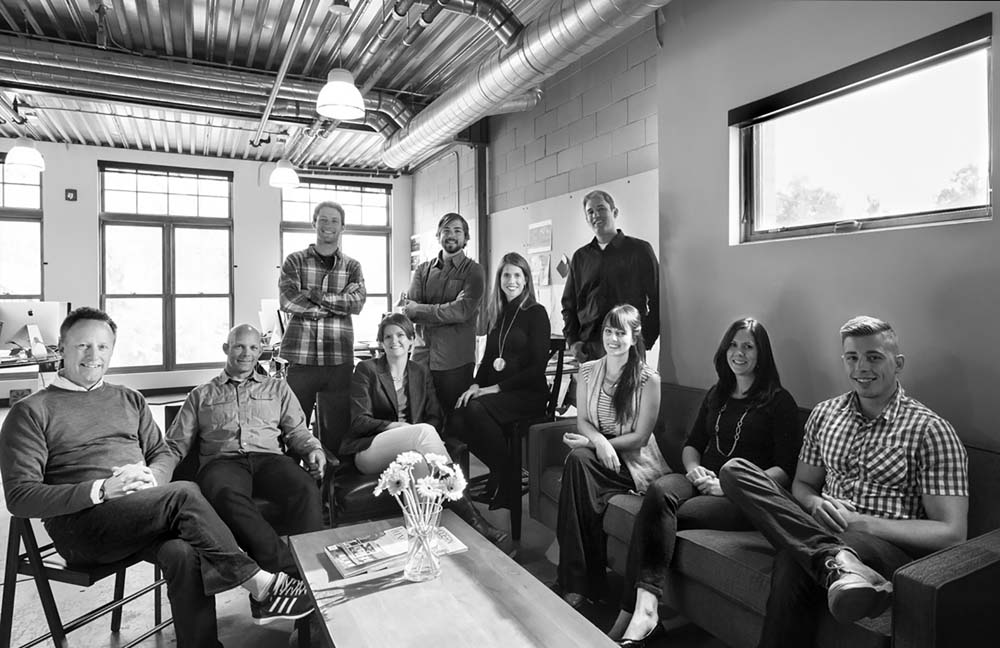