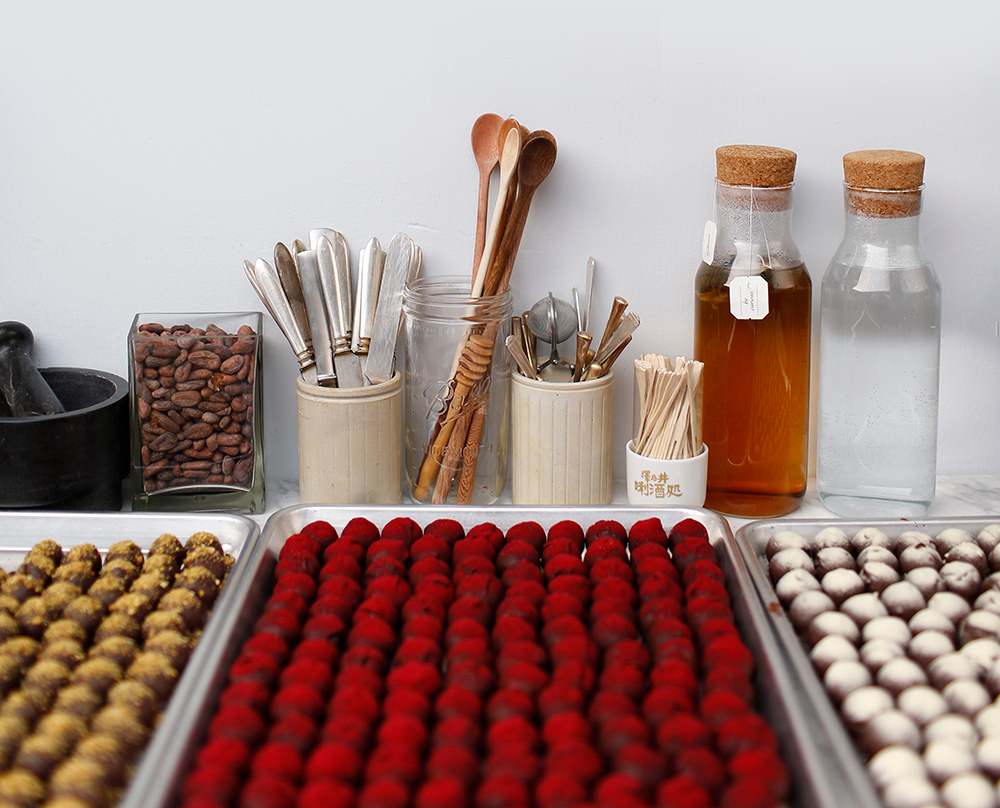 There’s a lot of work that goes into making a perfect bar of chocolate—but even more that goes into growing a cacao tree. You’ll typically only find one in the tropics and below altitudes of 1,000 feet, and in addition to needing year-round moisture, poor growing conditions make it a disease magnet.

It’s a rare treat then, indeed, that Denver Botanic Gardens have not only successfully grown a cacao tree for 18 years, but that they have produced chocolate from it with the help of Boulder chocolate maker Fortuna Chocolate. “We were really excited about the experience with cacao grown at this elevation,” said Fortuna Chocolate Owner Sienna Trapp Bowie. “It’s amazing that they grew it. We were excited to work with it and experience its familiarity and differences—and to share it with the community during the 50th anniversary celebration.” 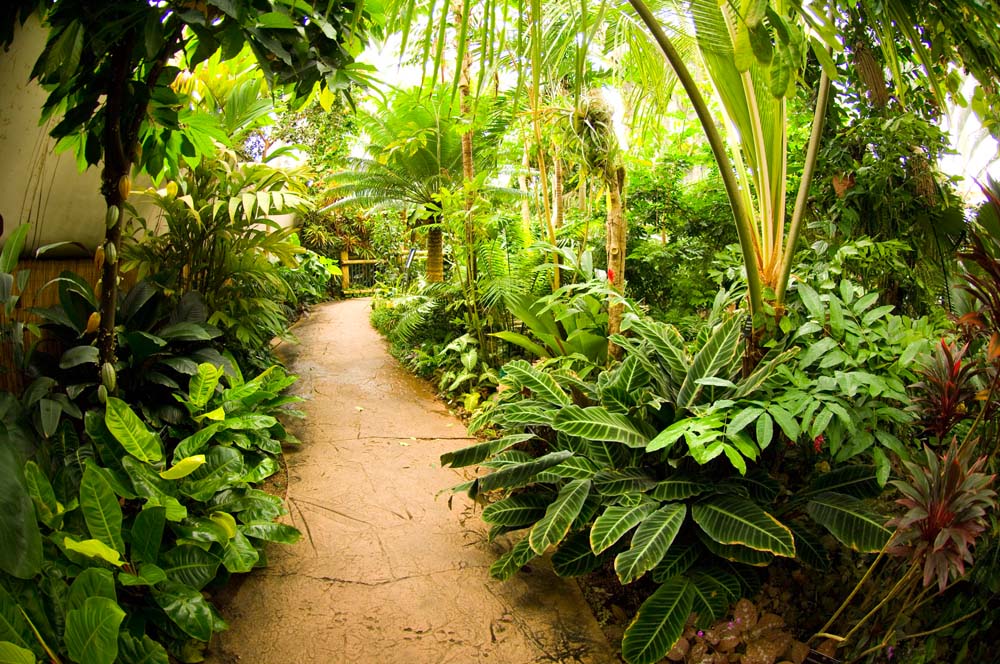 The anniversary she refers to is the building of the Boettcher Memorial Tropical Conservatory—a mid-century architectural landmark designed by architects Victor Hornbein and Ed White. The Gardens honored the anniversary with a celebration of the structure in February. “The idea was to have a confection—a party treat—of a plant growing at the conservatory, and it’s the first time we harvested the pods on the tree and collaborated with a chocolate maker,” said Nick Snakenberg, Curator of Tropical Plant Collections at the Gardens. 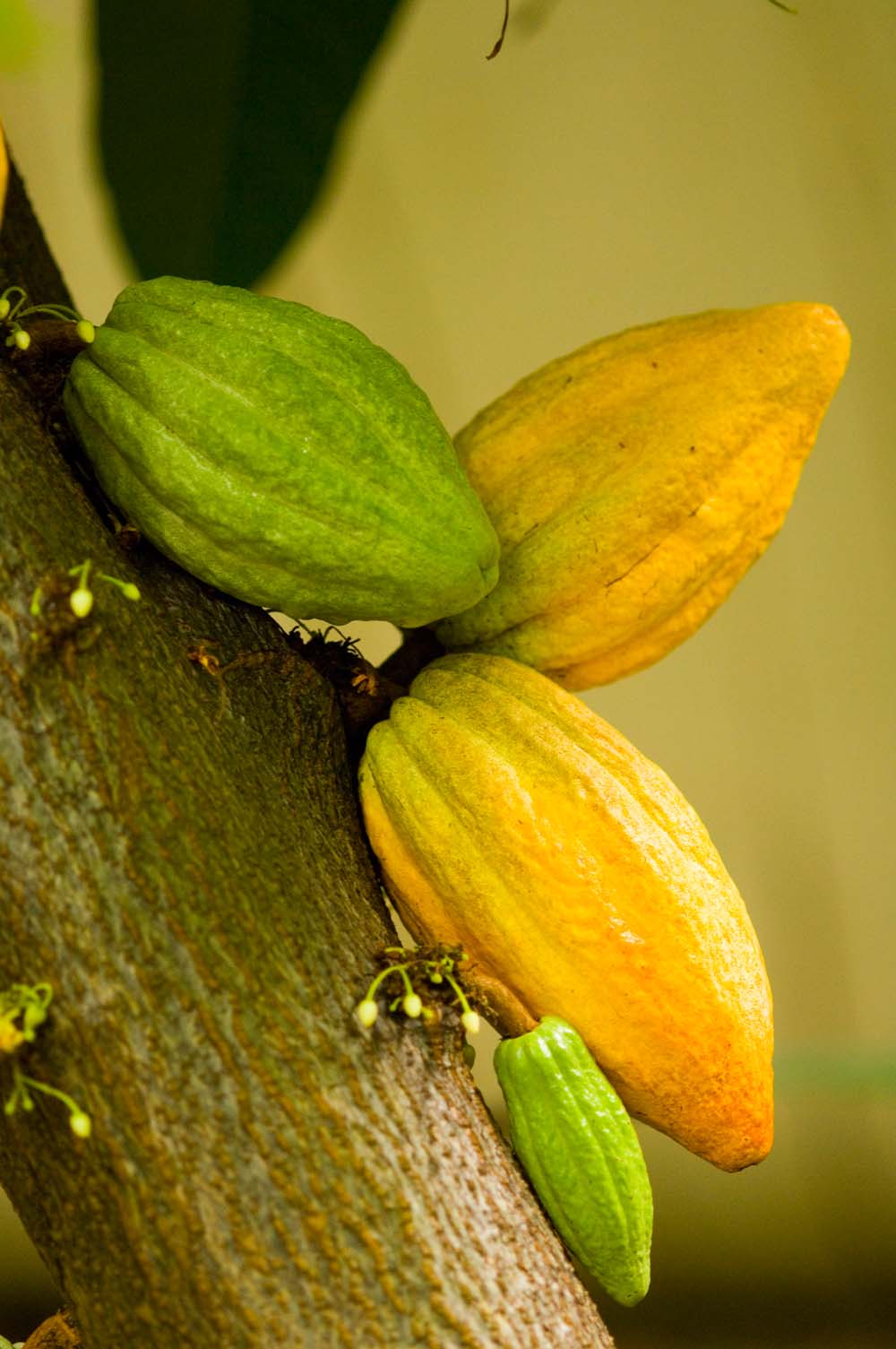 The pods, which are football-sized fruits with a thick, peel-like outer shell, house the cacao beans, or seeds. “The idea that it’s a tropical fruit that produced something everyone enjoys is a surprise,” said Snakenberg. Its Latin name, “Theobroma,” translates to “food of the gods”—and for good reason. “Every bean has a different characteristic, much like wine,” said Bowie. “You make wine from different grapes, and it will produce different flavors. This cacao [from the Gardens] is different, because of where it’s grown. The varietal is very different from what we’ve been working with.” 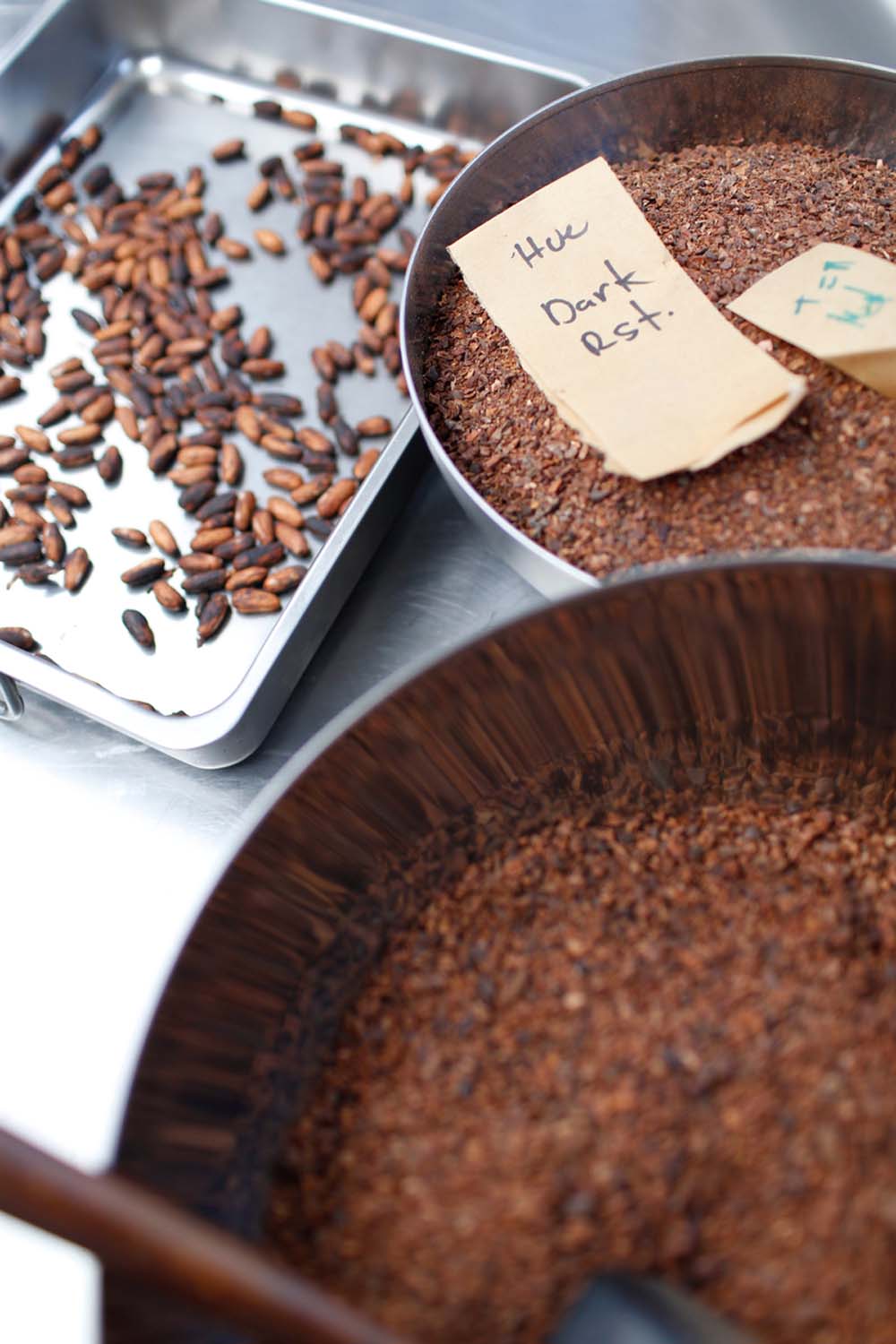 Aside from this special collaboration, Bowie, along with her husband, Aldo Jorge Ramirez Carrasco, and brother, Spencer Bowie, work exclusively with single-origin estates in Mexico. “The most important thing for us is to have this awareness of this relationship we’re building with farmers,” said Bowie. “The direct trade component is very important and produces the best flavor. Working directly with farmers allows input based on our conversations over the years, and then we bring chocolate back to them so they can be part of the process and contribute to how they think the flavor is developing. Our goal is to grow the company to be a family legacy and get our family involved just like the farmers’ families do.” 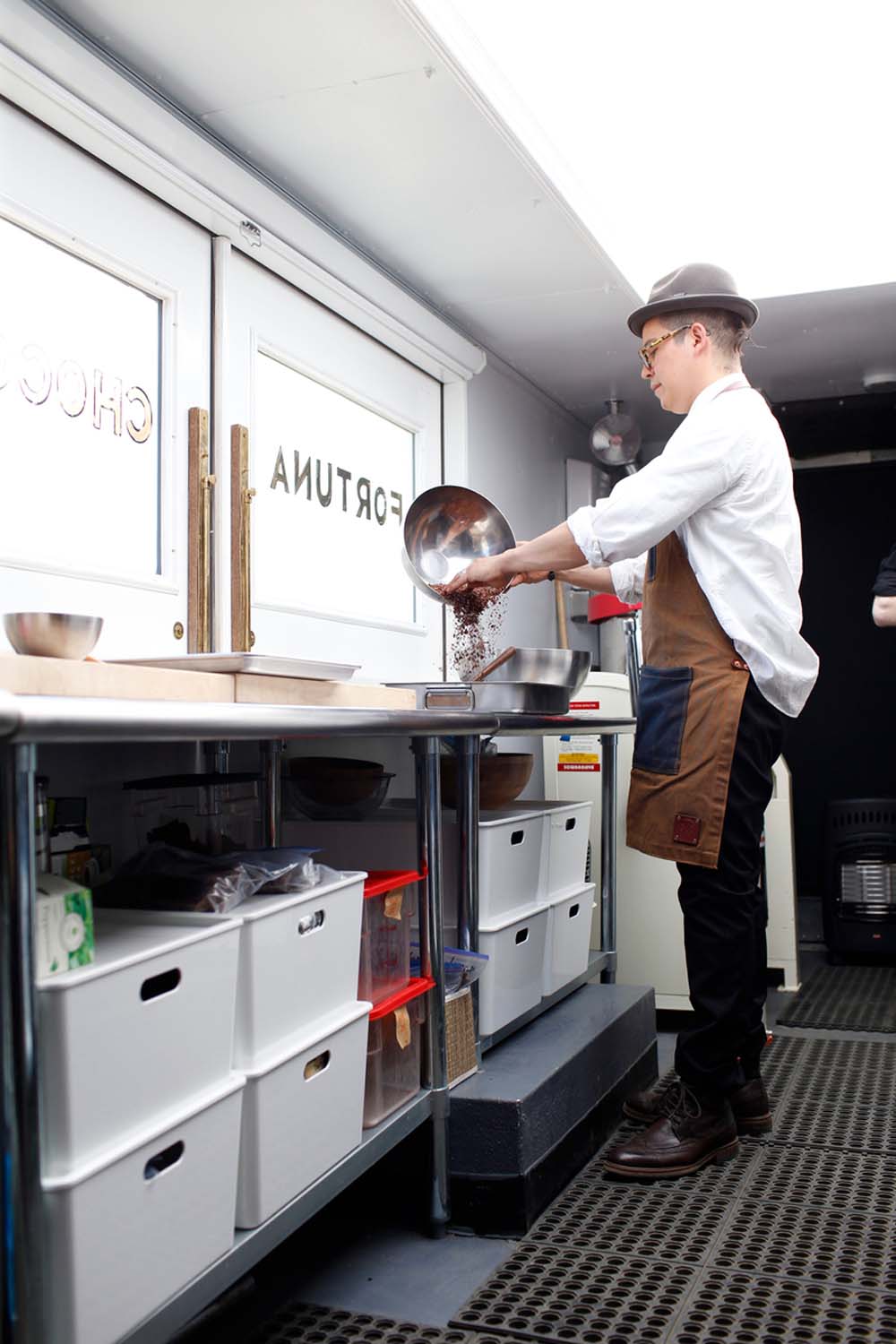 Fortuna, a new bean-to-bar chocolate maker who operates out of a mobile “tasting lab” in Boulder, chooses single estates for the flavor results, as well. “The reason that it’s so important is that most chocolate is made from different estates and made en masse, and you lose some of that unique flavor,” said Bowie. “We’re excited to be working with some of these estates in Mexico that do fermenting on site and maintain their artistry.” 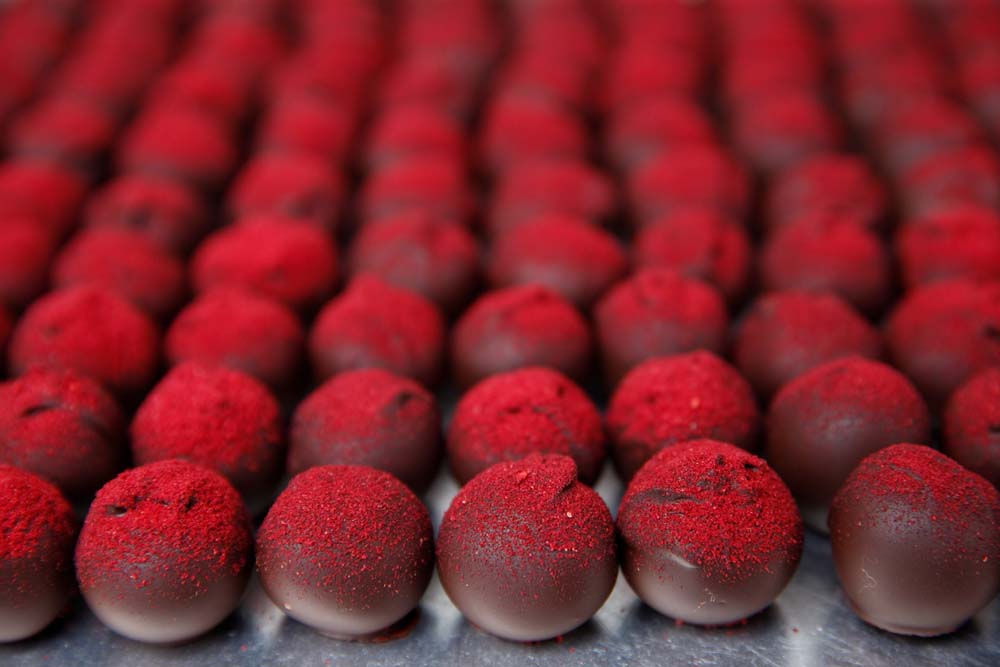 Ramirez was born in Mexico, and the couple has traversed the world—most recently having lived in Tokyo. While you can find a selection of their products at Cured, Blackbelly Market, and several other locations, most of the chocolate they produce is for local chefs at places like Fruition and Spuntino. “One thing we want to contribute is providing a level of thoughtfulness and quality—and making dessert with the same level of care and detail as the meal,” said Bowie. “We really were inspired by the level of quality and ingredients while living in Tokyo and are happy to see that Colorado’s food scene and chefs have really been flourishing.” Fortuna’s approach is additionally influenced by the European style of chocolate, where the cacao is ground for far longer to break down the particles, which Bowie describes as a much smoother mouth feel. 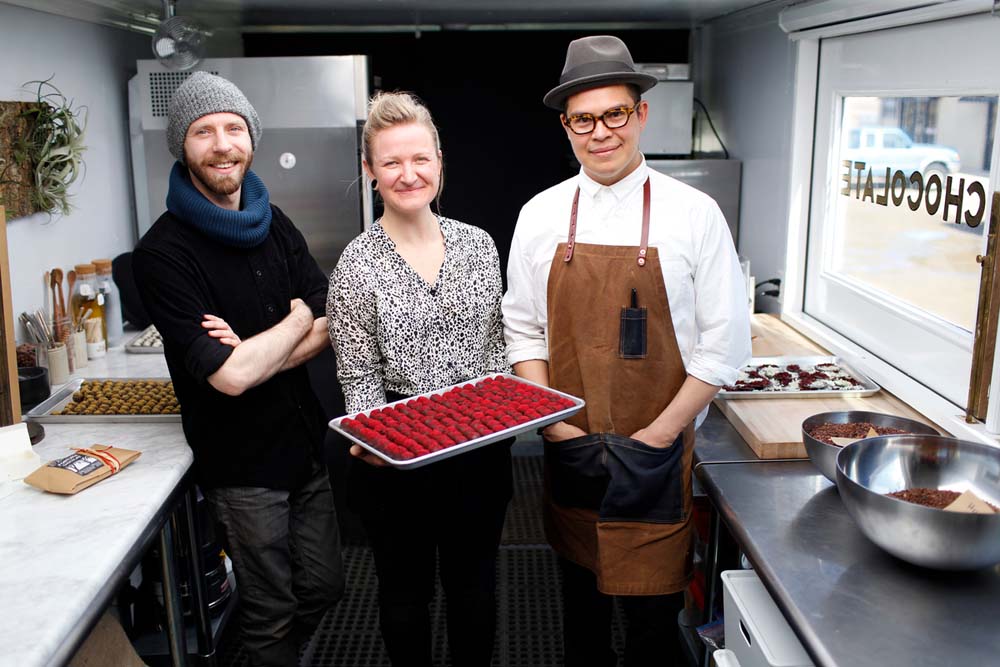 Lucky for Colorado, Fortuna’s trio traveled the world and brought back with them the best ingredients from the best estates using the very best baking methods. As for the elusive chocolate produced from the Gardens’ tree? Since so few pods were harvested, the chocolate was only available at the private celebration honoring the Conservatory’s anniversary—but the seeds of inspiration go beyond, infusing the community with the feat of growing at altitude and the collaboration of our creative community.

“One of the main functions of Denver Botanic Gardens is to get people excited about plants,” said Snakenberg. “There are not too many stronger connections than chocolate that everyone loves, and that connection is just one more thing we rely on plants for.” 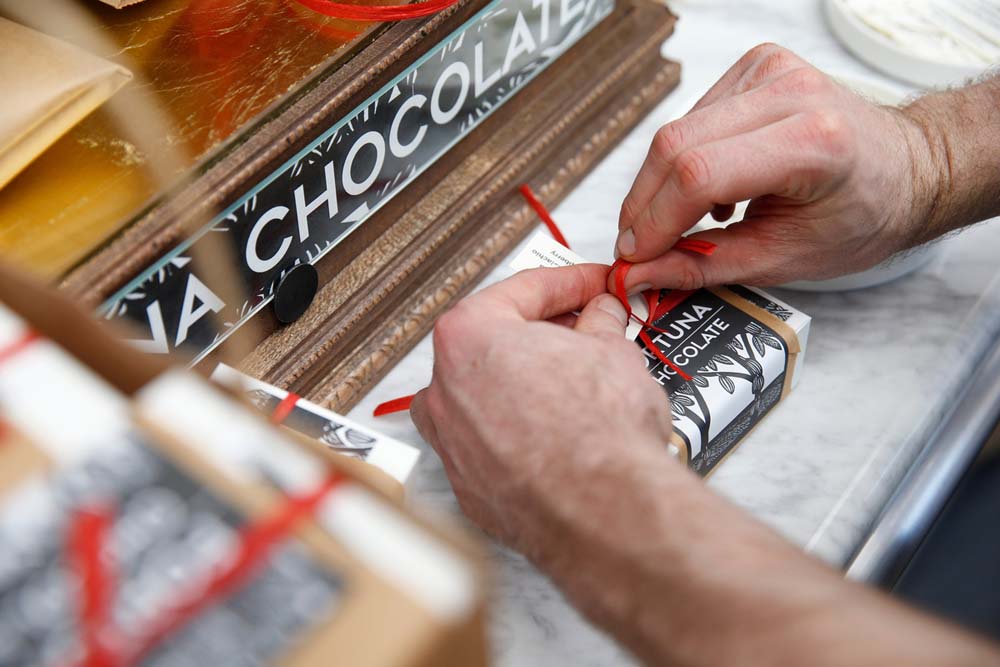