WHEN TASKED WITH UPDATING A CLASSIC MID-CENTURY MODERN MASTERPIECE, THE TWO-MAN TEAM AT BOSS ARCHITECTURE TOOK THEIR TIME. WITH HELP FROM COLLABORATORS, CRAFTSMEN, THE OWNERS, AND EVEN THE ORIGINAL ARCHITECT, CHRIS DAVIS AND KEVIN STEPHENSON DEMONSTRATED EXACTLY WHAT PRESERVATION IS—AND WHAT IT ISN’T. 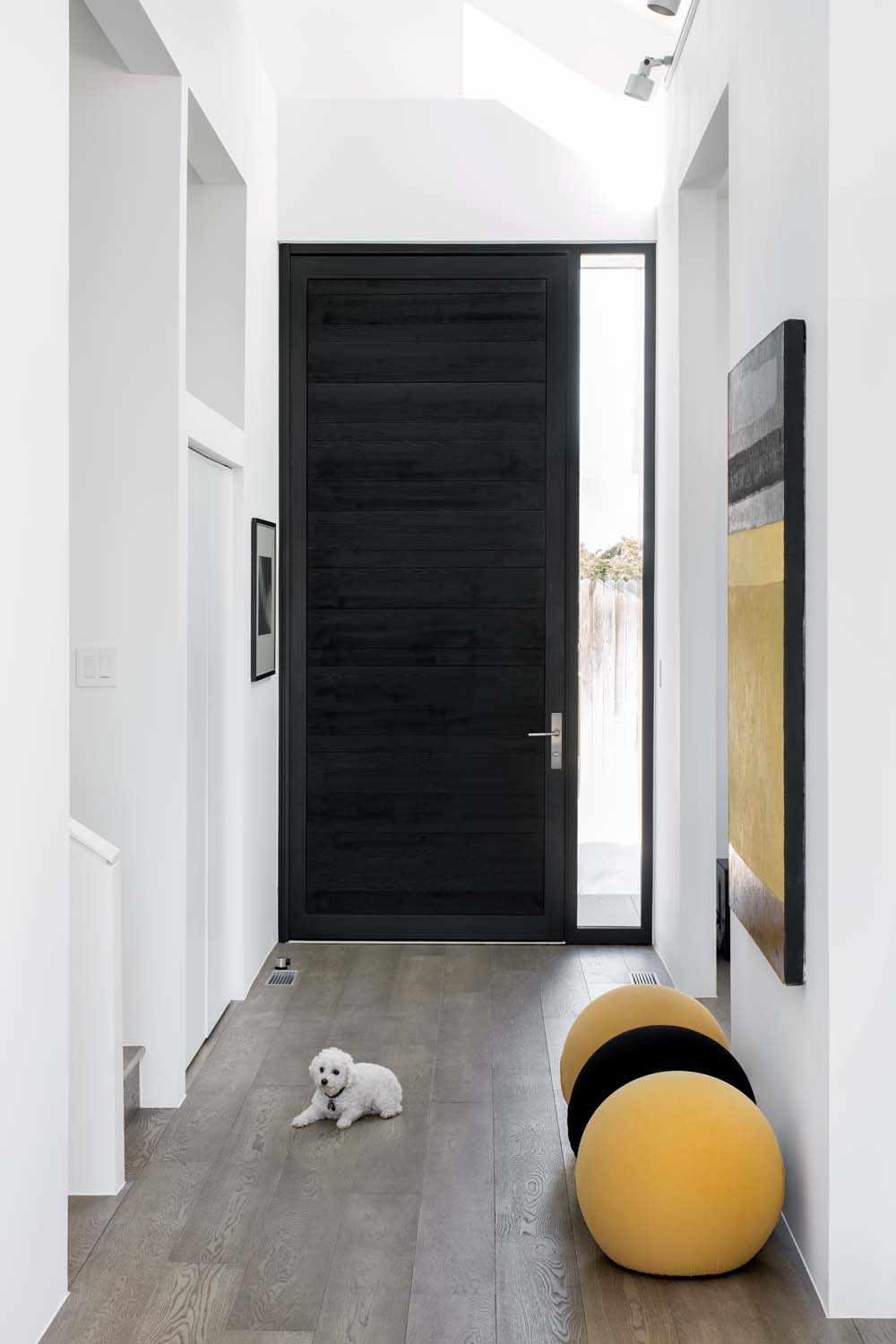 Home renovation: often necessary, frequently problematic. When it comes to houses with a distinguished design pedigree, knowing what to update versus what to preserve is, at the very least, a thorny issue. How much of a home’s original structure should be maintained, and in what condition? When is it okay to scrape and start fresh? Are certain homes permanently off-limits? And if so, who decides?

There are no easy answers, but honoring the original architectural intent is a good place to start. That was the approach of Boss Architecture’s Chris Davis and Kevin Stephenson, who spent the better part of seven years on a meticulous renovation project in Denver’s Country Club neighborhood. Built for his own young family in 1972 by architect David Decker, the home won an Award of Distinction from the American Institute of Architects (AIA) that same year. The Deckers loved it so much they stayed for 18 years, and the owners who followed have been there a quarter century. 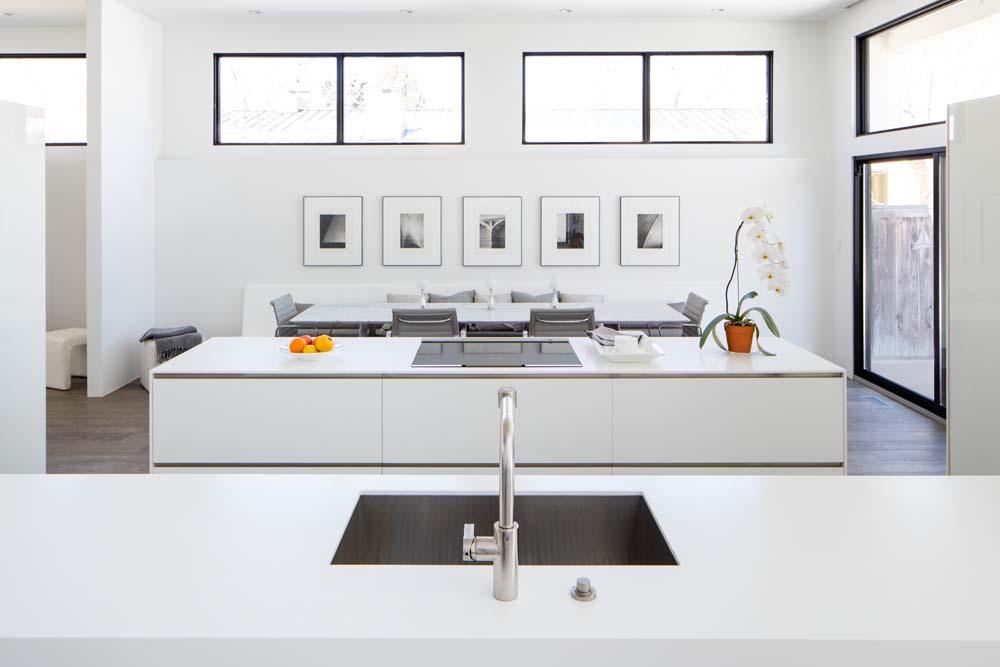 But livability is a fluid state best measured in decades. In order to remain true to the ideals of functional modern living, even great homes must evolve. And so it was that when the owners of the Decker House finally decided to update, they did so with caution. They hired Boss, a firm with a reputation for conscientious work, and even consulted Decker himself, still a working architect who splits time between Colorado and California.

“It was a process of discovery,” said Stephenson of the relatively modest tri-level that occupies a corner lot just west of Cherry Creek. In a neighborhood known more for opulence than restraint, here is a home whose dimensions measure just 40 foot square, with thoughtful symmetry and easy, intuitive transit between floors. Every inch feels inhabitable and accounted for, with clean, crisp lines and an expansive flow. Main floor, top floor, lower level, tucked-away basement: the harmony between levels gives the impression of a house much larger than its 2,100 square feet. “This was a great space, we just loved it. So we tested the idea of bigger changes for the first two or three years, a little bit at a time, until ultimately we distilled it all the way back to this preservationist approach.” 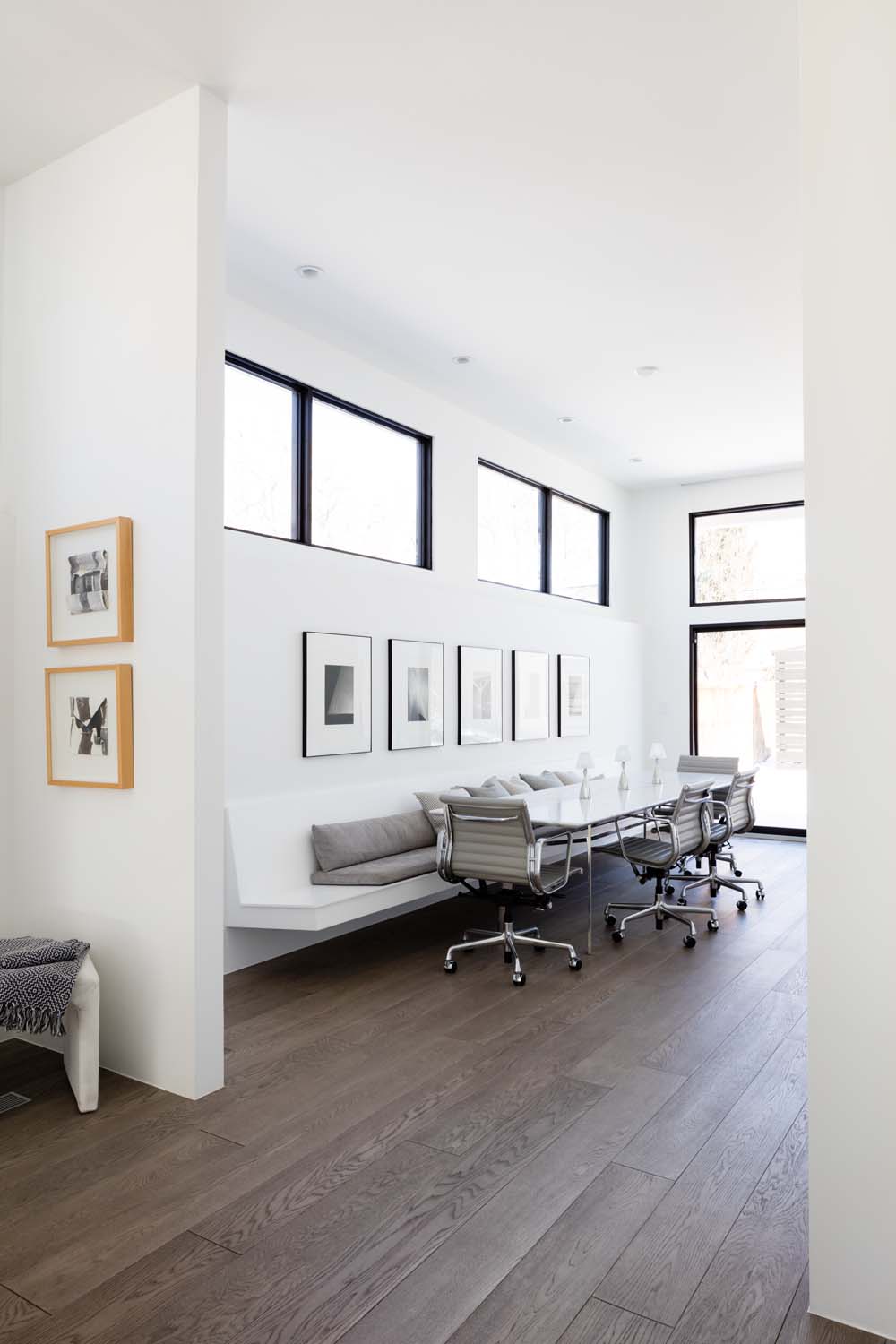 The most substantial change was a dropped wall that once tucked the kitchen behind a little-used dining room. With so much more open space, the kitchen blossomed into a minimalist culinary jewel. Custom, hand-crafted millwork by Mitch Clark frames matching parallel islands between cleverly hidden appliances at either end of the room. Track lighting draws the eye from here to there without distracting from the surplus of natural light during daylight hours. With no need for formal dining space, a floating bench was added to the far wall—cast, in a subtle touch, from material that appears not only on both kitchen islands, but along the stairs and elsewhere throughout the house. 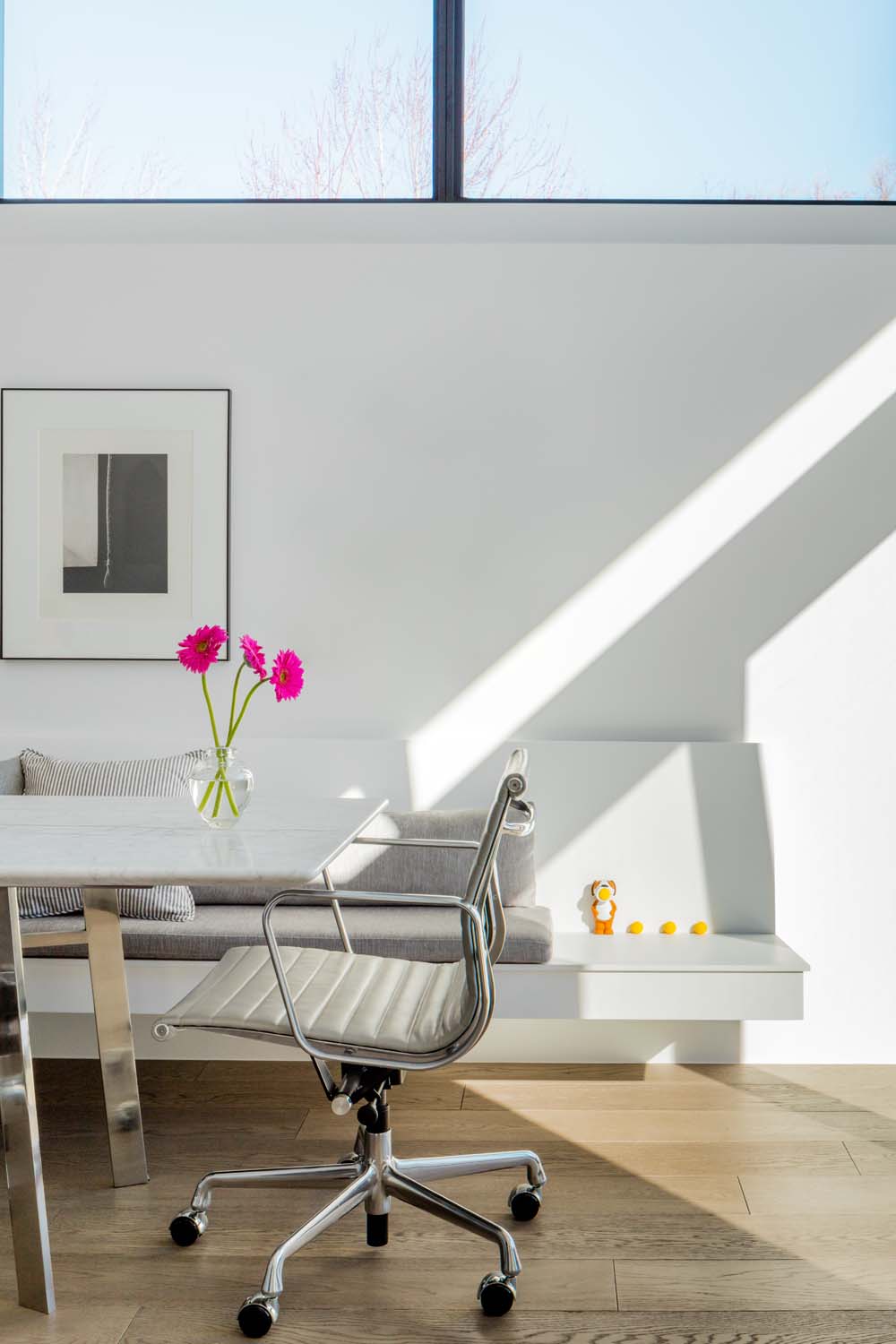 Door heights were raised at the front and rear of the home, scaling height appropriate to volume and calling attention to the axial crossing. A double-height vaulted entry that was once underwhelming now achieves greater alignment with the architecture around it. In the living room, a single sliding glass door became two, and a fireplace shifted. Outside, bluish-gray T1-11 siding was replaced with the white stucco that Decker wanted all along, but could not afford. (He was, after all, still a young architect with two kids. His initial 1972 budget of $15 per square foot ballooned all the way to $17, pushing his total cost—land and all—to around $45,000.)

During the course of the seven-year renovation, changes became more nuanced. “All the way through, the conversations reflected a level of restraint,” said Stephenson. “It was about determining how they really wanted to live instead of focusing, as often happens, on resale considerations. It was, ‘Let’s only put a light where a light is needed. Let’s only make a change where a change is needed, not to just to have it, and not to perform to the next buyer’s desire.’ And that took effort.” 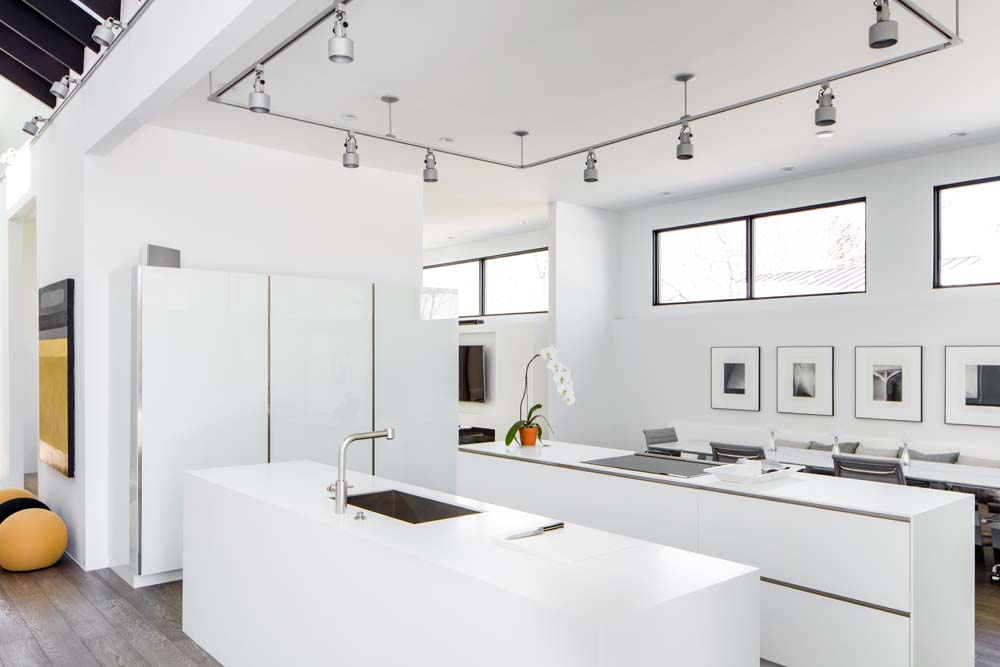 Details loomed large. Along the walls of the upstairs office, how much shelving is too much? On the stairs that lead you there, how do you take a wall and cap down to the more purist vision without resorting to inauthentic fixtures like glass handrails? In the master bath, should the lines of every tile be perfectly aligned? When replacing the 3/4-inch quarter round baseboard, should the drywall be taken down over the hardwood floors, and if so, how will that affect the movement between materials? More often than not, finding solutions meant finding comfort in the beauty of subtraction, rather than addition. In this regard, having principled owners with the patience to let those discoveries play out over time was a huge asset. So too was their collaborative relationship with general contractor Old Greenwich Builders. “To their credit,” said Davis, “they drove every subcontractor to pay attention to every last detail. And if anything was off, made them turn around and do it again.”

Updating a home like the Decker House is a delicate balancing act under any circumstance. The act of preservation, properly executed, is about maintaining architecture and design—not to mention more elusive qualities like flow, symmetry, heart, and soul—and not necessarily every specific nook and cranny. It’s about creating spaces that live better without undermining the original intent, and without disrupting the surrounding environment. 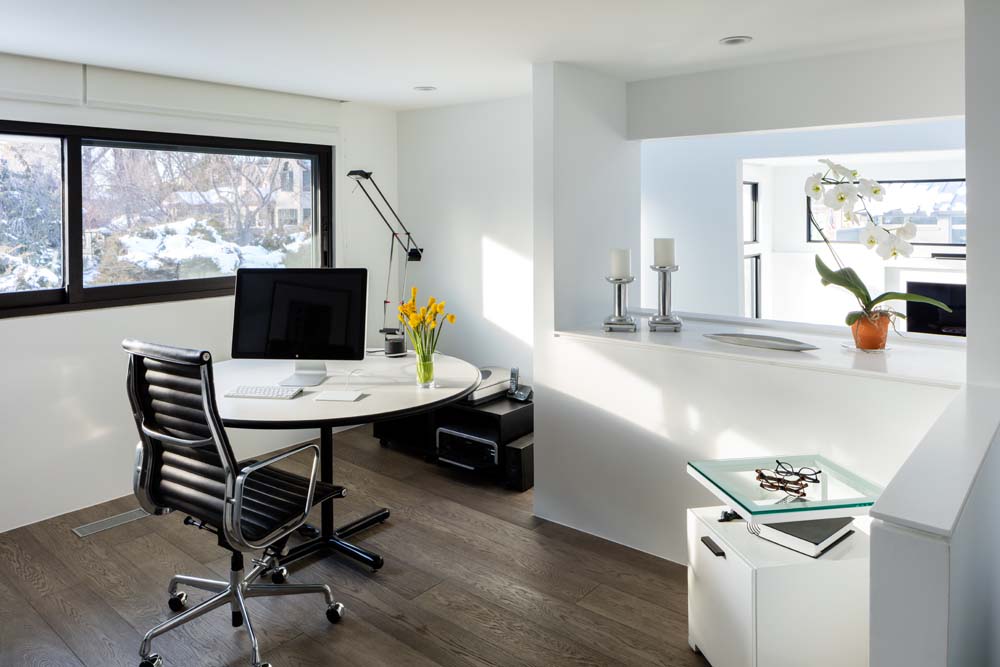 “There’s a spatial dialogue that David Decker nailed, and we didn’t want to challenge or change that,” said Davis. “It reflects a time that’s gone. You really can’t build it like this anymore. There are just so many options and expectations and restrictions and code requirements and pro formas and resale considerations … you wind up with a product that’s not as exciting or stripped down. I love this era when you could just buy a piece of land and build a house. You could do a set of drawings in three sheets instead of 150 sheets.”

The days of three-sheet drawings may be lost to history, but the spirit of the homes they spawned need not be. You can’t build them like this anymore, but with a little care and a lot of humility, preserving the great houses of bygone eras is more than just a worthwhile goal. It’s an essential cause. 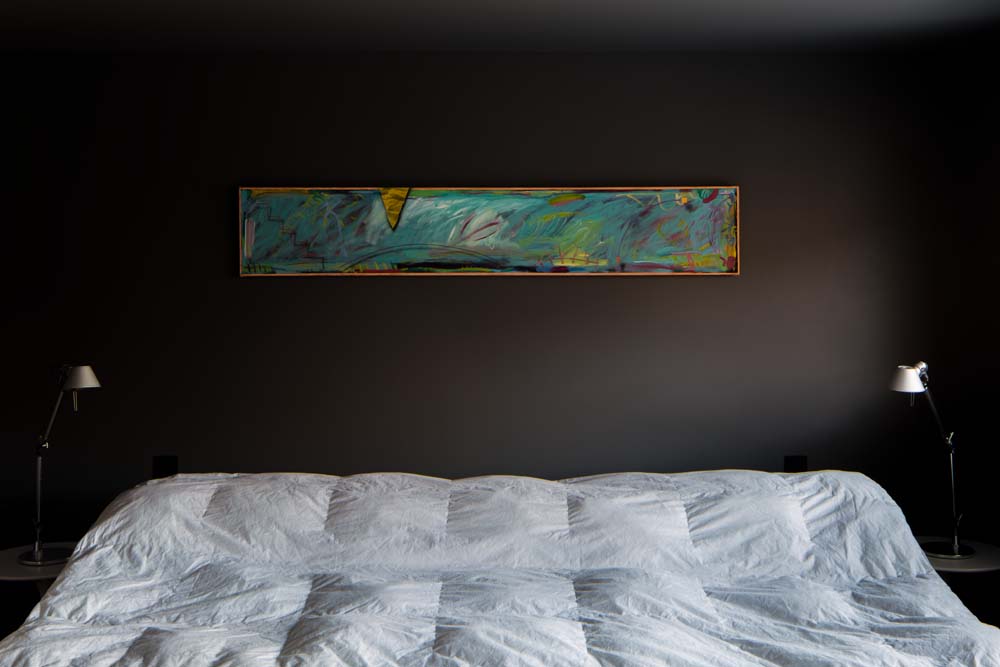