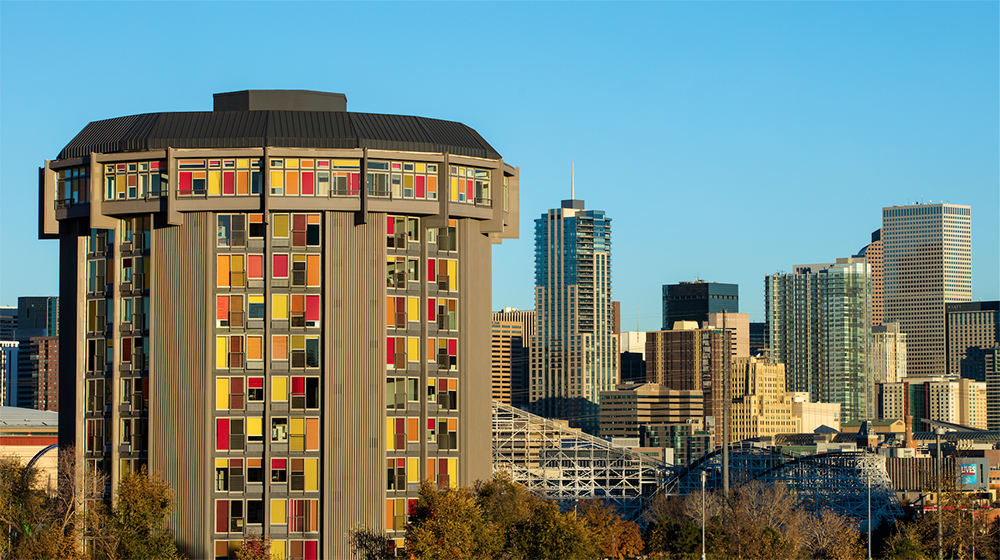 Turntable Studios is a 13-story, 94,000-square-foot adaptive reuse of the former Hotel VQ, located next to Sports Authority Field at Mile High. Turntable is the first micro-apartment project in Denver with a total of 179 units ranging from 330 to 820 square feet. Each unit includes a kitchen, bathroom, city or mountain view, Juliet balcony and multiple built-in components to maximize functionality and efficiency of space. On-site amenities include parking, swimming pool, workout facility, community room, penthouse lounge and outdoor green space.

The Nichols Partnership’s belief in adaptive reuse of an existing building or utilizing infill sites continues with Turntable Studios, offering housing availability and affordability for young professionals, multi-modal connectivity, walking distance to Light Rail and immediate access to I-25 and downtown Denver. 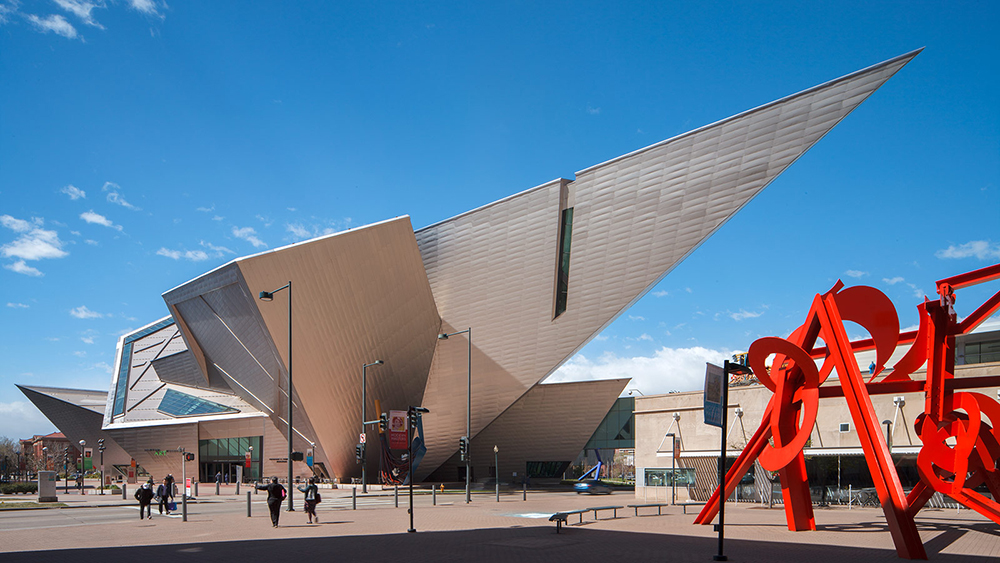 In 1971, the museum opened what is now known as the North Building, designed by Italian architect Gio Ponti and Denver-based James Sudler Associates. The two-tower, seven-story building allowed the Museum to display its collections under one roof for the first time in 201,000 square feet. This architectural icon remains the only completed project in the United States by this important Italian master of modern design.

The North Building was an innovative move away from traditional, temple-style museum architecture. More than a million reflective glass tiles on the building’s exterior complement the dramatic windows and pierced roofline of the building’s castle-like facade. “Art is a treasure, and these thin but jealous walls defend it,” said Gio Ponti.

This bold architectural tradition continued with the Frederic C. Hamilton Building, situated directly south of the North Building, designed by architect Daniel Libeskind in association with Davis Partnership. The 146,000-square-foot Hamilton Building opened to the public in October 2006, nearly doubling its former size. Libeskind’s dramatic design, referential to the North Building, recalls the peaks of the Rocky Mountains and geometric rock crystals found in the foothills near Denver. “I was inspired by the light and the geology of the Rockies, but most of all by the wide-open faces of the people of Denver,” says Libeskind. The building is covered in 9,000 titanium panels that reflect the Colorado sunshine. 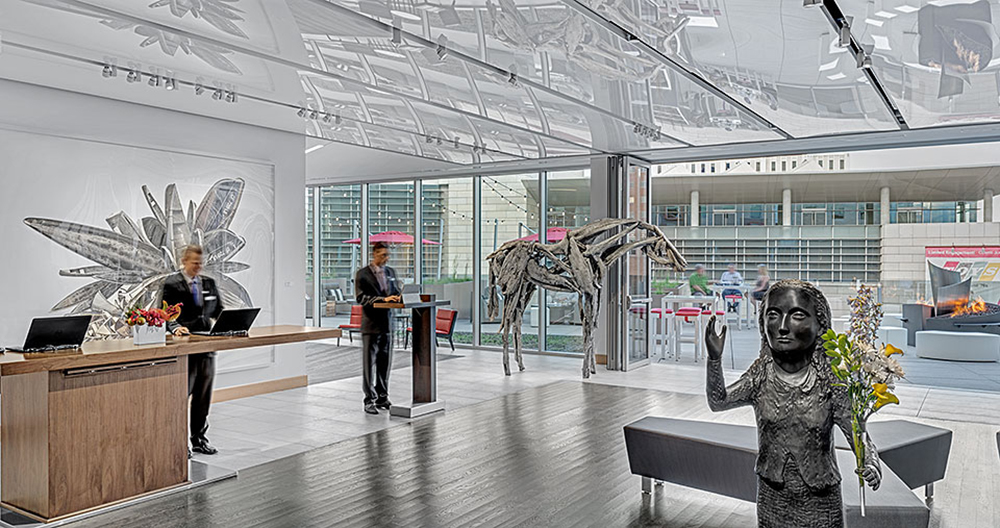 THE ART, A HOTEL

Designed by Davis Partnership Architects and finished in 2015, the ART pays homage to its iconic next-door neighbors and the museum district. Perfect for cultural explorers, the ART serves as the keystone to the Museum District, harmoniously entwining its iconic neighbors into a sculptural canvas for art and leisure.

In a must-see grand entrance, be welcomed by Leo Villareal’s undulating 22,000-light art installation. Then step inside the Portico Gallery to relax, converse and wonder at pieces gathered by longtime Denver Art Museum curator Dianne Vanderlip.

Visit the check-in area upstairs to see additional works by Ed Ruscha, Nancy Rubins, Deborah Butterfield and Kiki Smith. Here you can also soak up the city views on the expansive terrace. 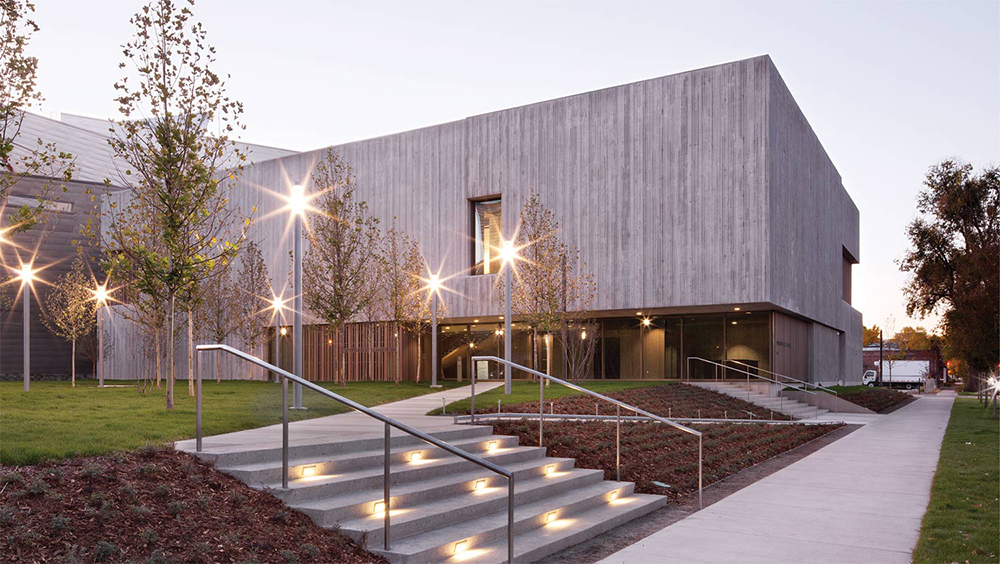 The Museum was designed by principal Brad Cloepfil of Allied Works Architecture, which received the 2013 Design Award, 2012 Honor Award and 2012 Craftsmanship Award from the American Institute of Architects for the project. Cloepfil focused his attention not strictly on Still’s art but moreover on an understanding of Still’s background and upbringing as the only child of farmers. Still spent the first 40 years of his life in the Northwest‚ the extraordinary topographies of Washington State, the Columbia River Gorge, Alberta, Canada, and other regions where he resided until 1941. Born, raised, educated and based in Portland, Oregon‚ Cloepfil was keenly familiar with these regions and their natural sensations, textures and rhythms and had built structures throughout Oregon, Washington and Idaho.

The quality of light, not just in the galleries but in the entire building as a whole, is the essential characteristic of the museum, even more defining than the 4,000 cubic yards of textured concrete that Cloepfil cast into the earth. The evenly dispersed natural light that fills the exhibition rooms not only presents Still’s canvas surfaces in the most compelling and truthful way; the gentleness of the daylight also enlivens the senses as visitors move through the variously proportioned spaces. Cloepfil’s design, processes, emphasis on craft, and sensitivity to light and material have replaced the flamboyant iconicity of many international architects. 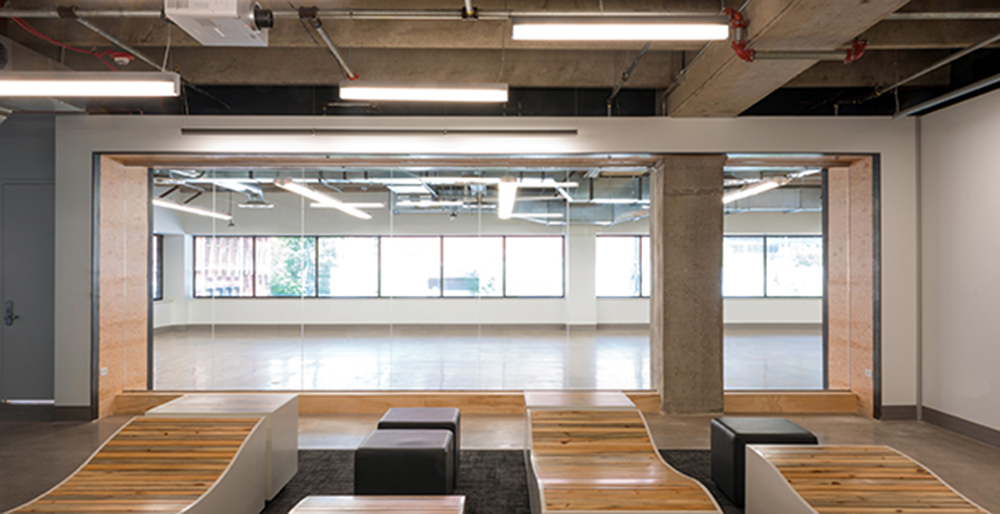 The college will give tours of the studios that students use to develop their building projects as well as tours of our fabrication labs. The exhibition space we will have an exhibit of the work of Colorado artists: Art by Architects, by AIA College of Fellows. We’re excited to include the CU College of Architecture and Planning in this roundup—host to our Denver Design Week! 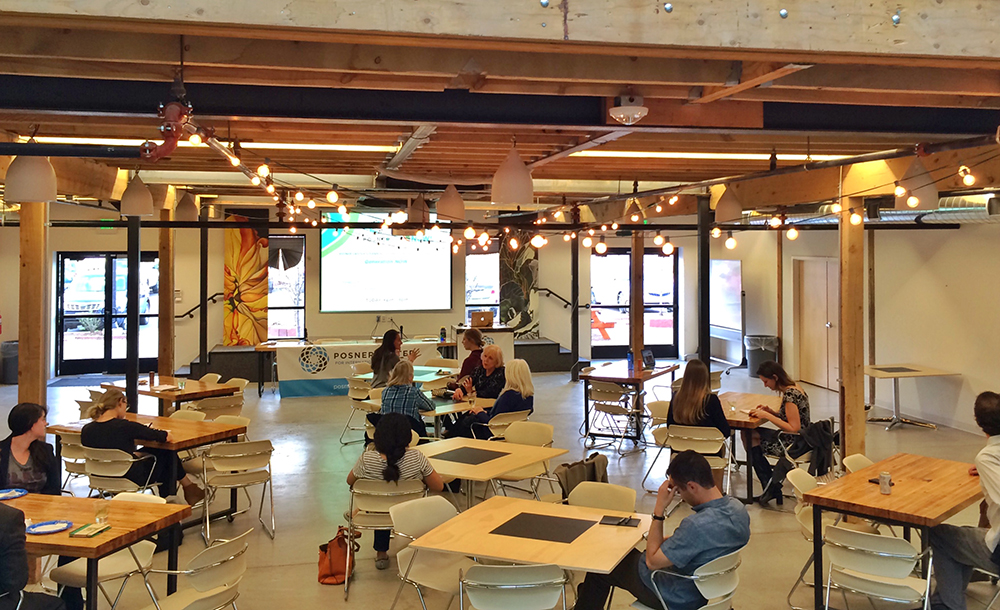 Operation of The Denver Horse Railway Company began in 1871 with two miles of track between 7th and Larimer to the area now known as Curtis Park. In 1872, with a modified name, The Denver Railway Company built the Horse Barn in the city’s northeast hinterlands at 33rd and Arapahoe. To accommodate a growing fleet of horses, mules and streetcars, the Horse Barn contained three sections: a two-story stable and hayloft in the center; an office and storage space behind the stable; and a two-track car barn at the corner. Ultimately, The Denver City Cable Railway Company (its third and final name) operated on 50 miles of track, with 85 cars and 600 horses. New demands for rapid transit led to a major shift from horsepower in favor of the cable-driven system. Horse-drawn streetcars, still reliable and cost efficient, were banished to the suburbs. By 1890, the Horse Barn at 33rd and Arapahoe was no longer used by the streetcar industry.

Fast-forward to 2012—after a collaborative design and planning process with DHA, iDE, Engineers Without Borders-USA, Bridges to Prosperity, Nokero, DUG and many dedicated partner organizations, the design-build firm Tres Birds Workshop broke ground on the building renovation and began to transform the collapsing roof, crumbling masonry walls and rotting floors into a place of renewed strength, beauty and purpose. The Horse Barn re-opened its doors to this new purpose in 2013. Today, hundreds of international development organizations call Colorado home. 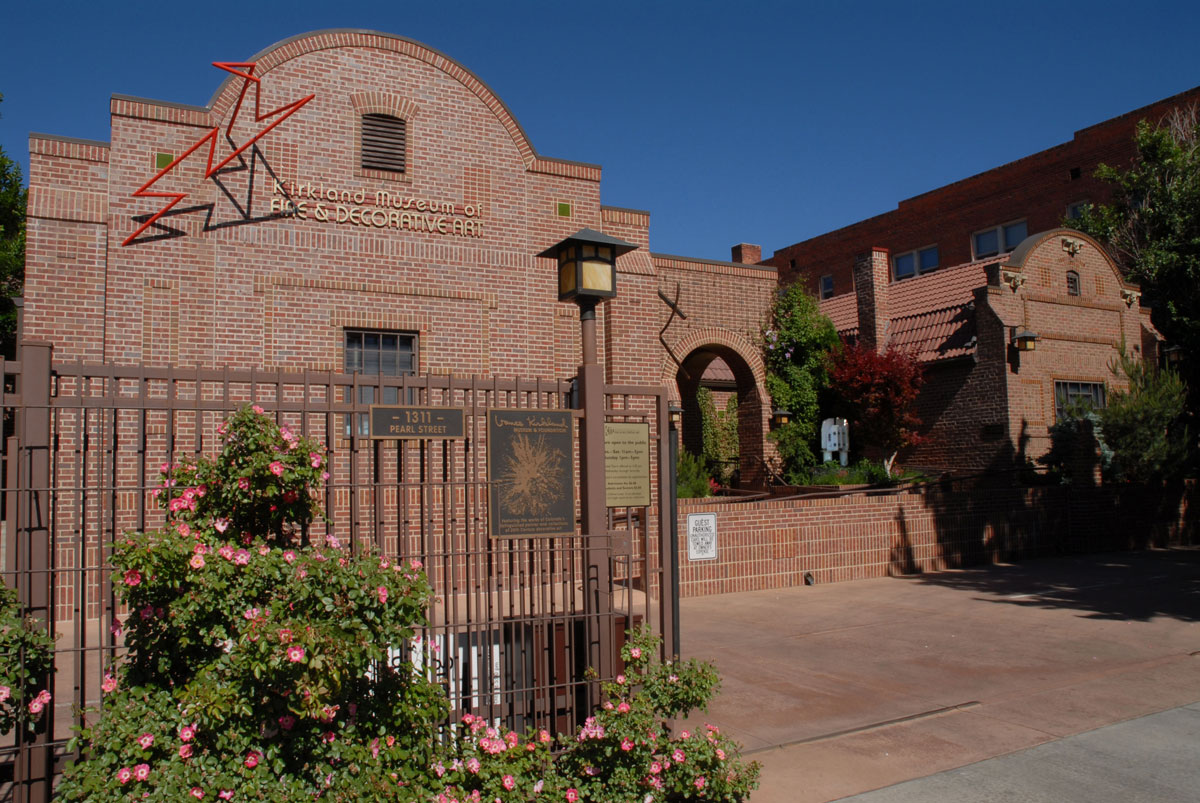 Kirkland Museum is a must-see in 2016 because the museum is moving! Opening in 2017, Kirkland Museum will move to a new home designed by Seattle-based Olson Kundig Architects at the northwest corner of 12th Avenue and Bannock Street, in the heart of Denver’s Golden Triangle Museum District. The new building will be approximately four times the size of the current museum. Critical to the project will be the relocation of the original building that housed Vance Kirkland’s studio and art school. The 1,600-square-foot building will be detached from the existing museum and placed on the north side of the new building. The current building at 1311 Pearl Street will remain open through May 1, 2016. 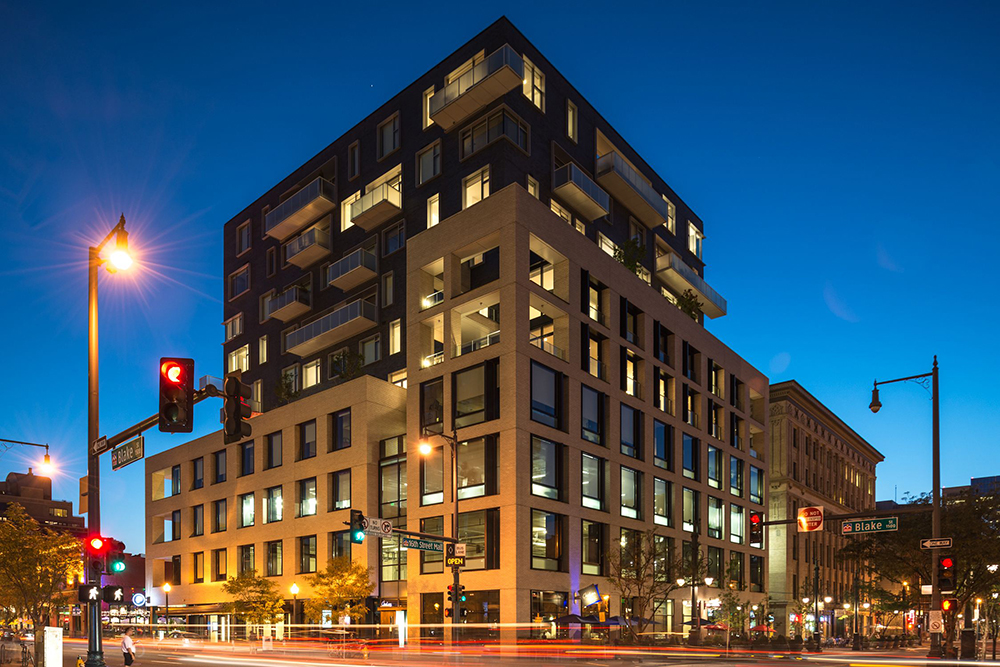 Constructed in 2008, the SugarCube building is the modern counterpart to its namesake, the Historic Sugar Building, which is also owned by Urban Villages. The Sugar sisters stand side by side, each a cutting edge architectural statement of their times.

In the development of SugarCube, Urban Villages focused on beauty, sustainability and energy efficiency. World-class, Toronto-based architect Bruce Kuwabara of KPMB Kuwabara Payne McKenna Blumberg designed SugarCube with architectural cohesion as a central focus. As it relates to the Historic Sugar Building, SugarCube echoes the dimensions, proportions, and massing with masonry piers and punched-grid windows. Its base along the 16th Street Mall is a strong and active one, with Cholon Bistro on the corner and H Burger next door. Contrasting buff and manganese-colored brick delineate the commercial offices on the second through fourth floors from the 37 residential apartments on the fifth through 10th floors.

The vertical boundaries of the commercial space fronting Blake and 16th Street align with the surrounding historic architecture of the block, while the residential component is set back to fade into the night sky. Balconies that jut out from the sides of the building add even more eye-catching drama. The architectural elements of the SugarCube building blend its facade with the adjacent Historic Sugar Building, while maintaining an ultra-modern and sophisticated design. 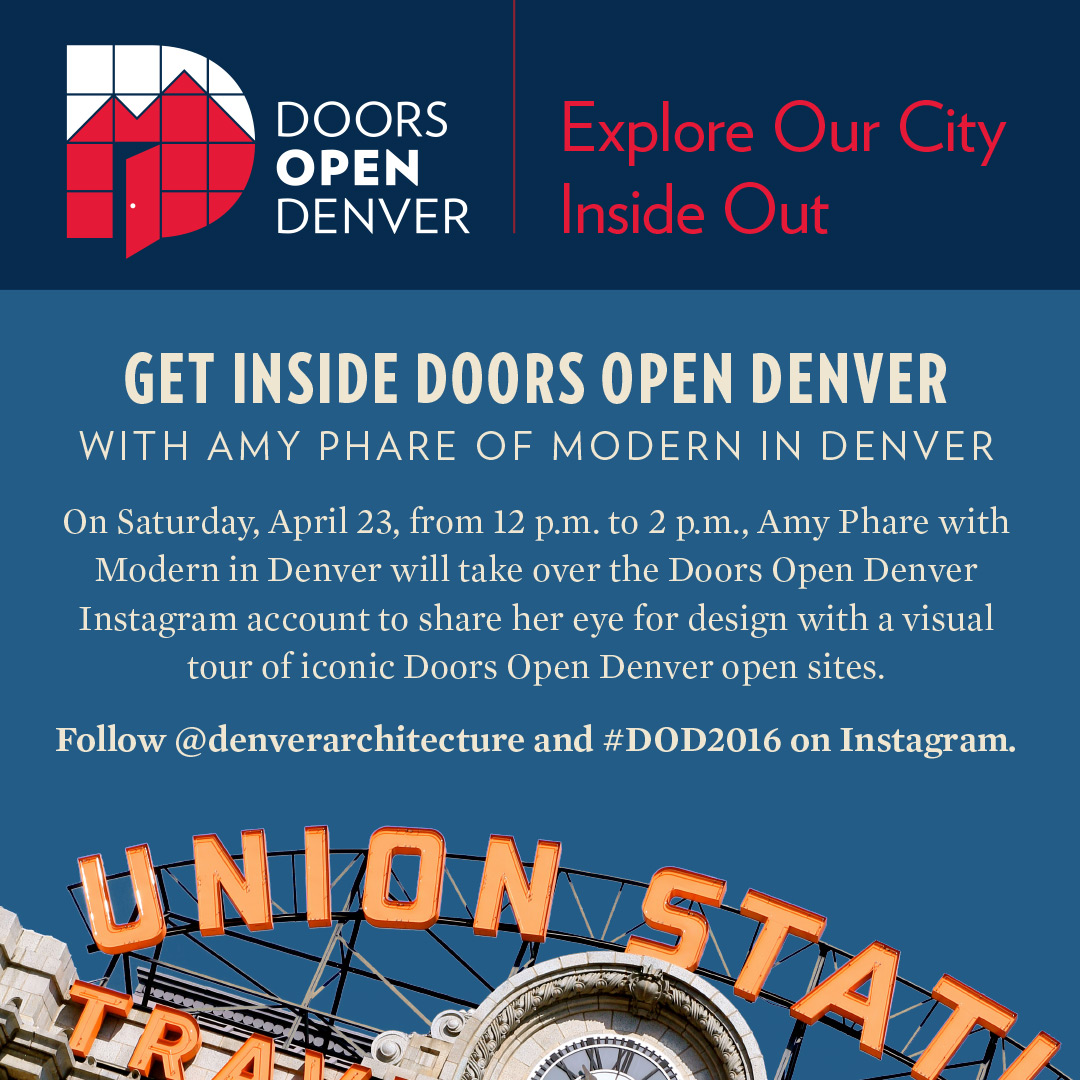