HOW INNOVATIVE, FLAT-PACKED PROBLEM SOLVING LED STUDENTS AT COLORADO BUILDING WORKSHOP TO CREATE MODERN MODULAR CABINS AND A SENSE OF HOME FOR THE NOMADIC INSTRUCTORS OF COLORADO OUTWARD BOUND SCHOOL. 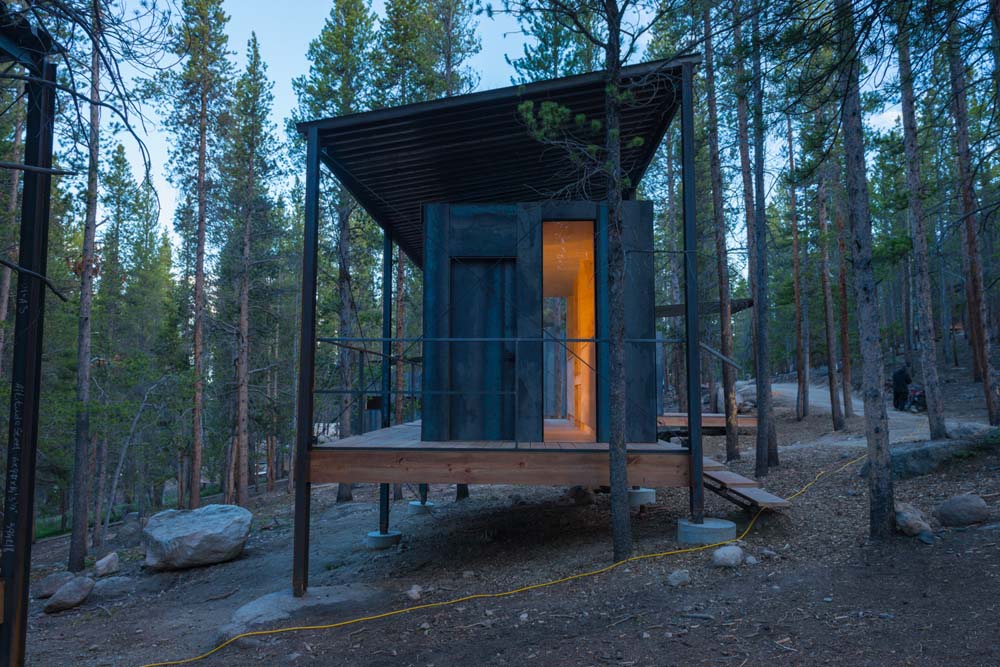 They come from all over, young adventure seekers drawn to Colorado’s rural mountain terrain as if by gravity. Each June they load their vehicles with oversized Rubbermaids holding most of their worldly possessions and set out for a summer of non-stop teaching, learning, and leading. They’ll face untold hardships as they guide students and adults though rugged outdoor courses lasting anywhere from eight to 81 days, but the challenge is part of the appeal. For instructors at Colorado Outward Bound School (COBS), the hardships only make it more worthwhile.

“The tricky thing is that we’re kind of half and half of everything,” said Ella Hartley, a COBS instructor from Maryland. “We’re looking for community but we’re also transient. We’re outside all the time, but mostly we’re introverts who need some personal space. Some of us have been responsible for ourselves for a decade or more, but we also don’t have a lot of things, and we haven’t taken on a lot of the responsibilities that traditionally come along with adulthood.”

JD Signom was a COBS instructor for 12 years who later found his way to Colorado Building Workshop, a design build program for graduate students at the University of Colorado Denver. Late in 2014, Signom got word that the COBS site in Leadville was in need of new housing for its instructors, many of whom—Ella Hartley included—spent their summer nights crammed 10-toa- room in dormitories.

At the time, Signom couldn’t know that an innocent conversation among friends would lead to a comically ambitious project: 28 grad students creating 14 micro cabins, each with a unique floorplan and specifications, on a site so inaccessible that no cranes or semi-trucks could reach it, on a budget of less than $10,000 per unit, in just 19 weeks. At the time, all he saw was an opportunity. And he knew exactly who to talk to. 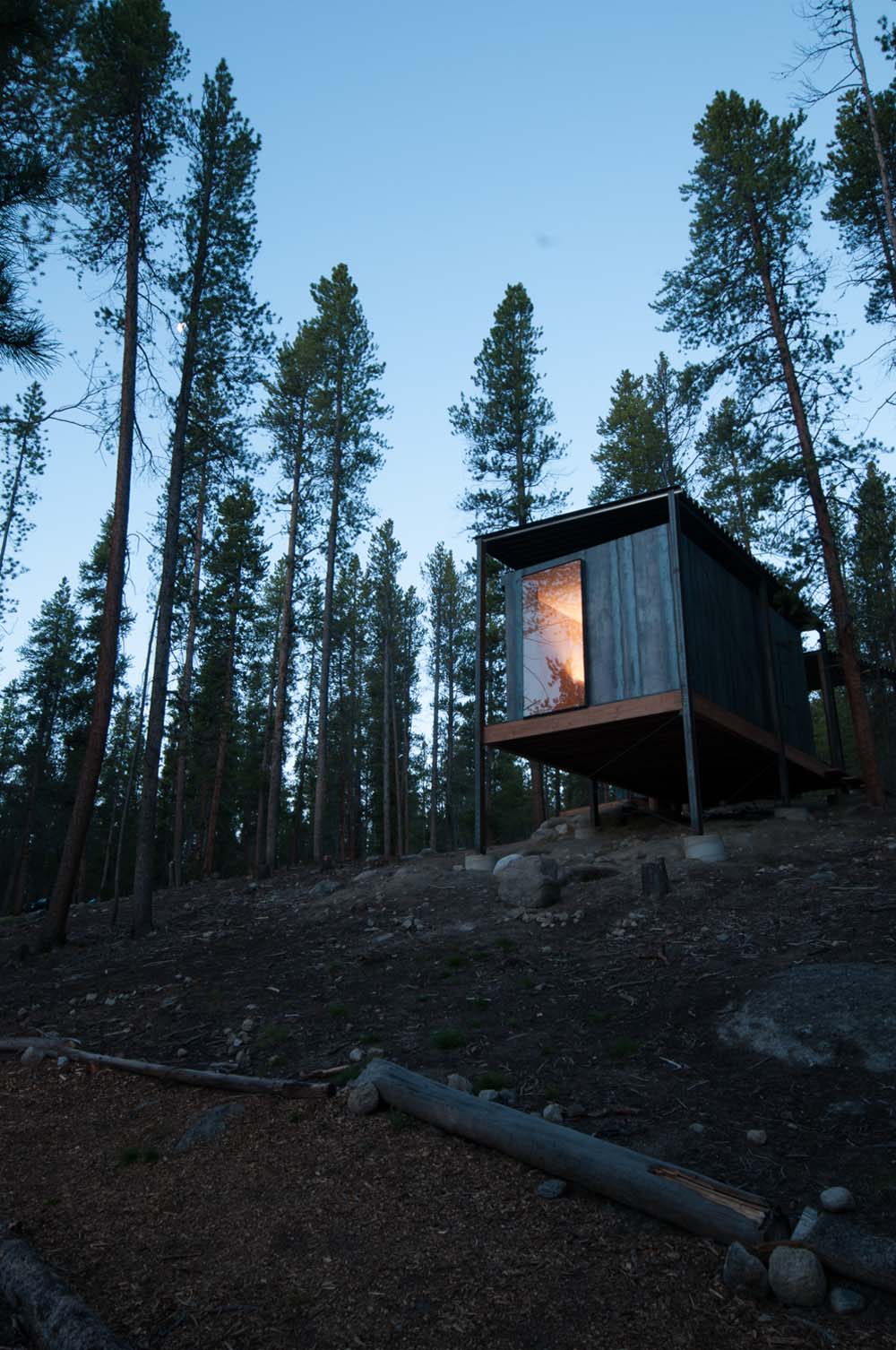 Given its long list of recent credentials—including more than 20 awards from institutions like the American Institute of Architects (AIA) and the Association of Collegiate Schools of Architecture (ASCA)—it’s hard to believe the design build program at UCD was nearly shuttered just a few years ago. Back in 2009, Rick Sommerfeld was associate chair of the architecture department, and when the design build faculty left for another university, he took a bold leap. Stepping down from his post, Sommerfeld founded the Colorado Building Workshop, created a director position around his particular suite of skills, and found the funding to pay for it all.

“I think academia for a long time was thought of as a theoretical endeavor, and perhaps the skills required to detail a building or specify a material was left to the firms that hired and trained the students,” said Sommerfeld. “On the flip side, the profession has a tendency to be very focused on getting the building built, and their interest lies less and less in the architecture, sadly. So how do you blend those two things together and teach students how to carry theory forward into an architectural practice, but at the same time give them the tools to transition into the profession?”

The answer, it seems, lies in the myriad real-world challenges hoisted upon their young shoulders. Colorado Building Workshop had already tackled a wide range of projects, from a pair of rentable cabins on Navajo land to an urban farming classroom in Lamar to a performing arts stage in Ridgway. Now they were headed into what Sommerfeld admits was totally uncharted territory. “The scope is so big, the project covers so many acres, and there are just so many elements. It’s unlike anything we’d ever done before in terms of scale and cost and even the number of students.” 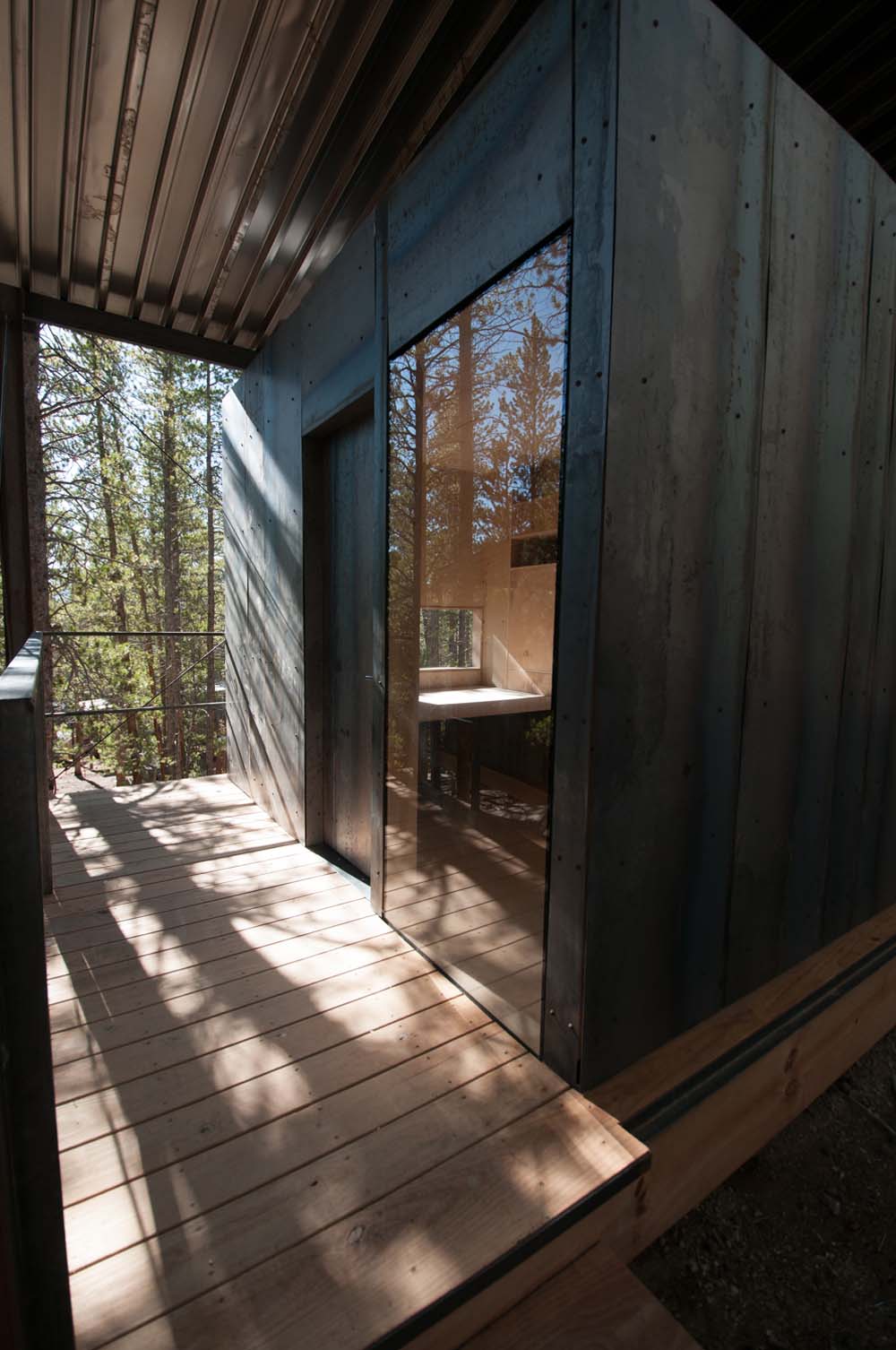 EATING AN ELEPHANT
To replace the dorm living existence of past generations, Sommerfeld and his students set out to build 14 micro cabins for the COBS instructors, each less than 200 square feet. Constraints loomed large from the outset. There was the timeline (19 weeks from start to finish, including all planning, design, fabrication, transportation, and construction); the budget ($133,000 total, or about $9,500 per cabin); the environment (remote, sloped, and prone to harsh weather); and a labor force centered around 28 students, many of whom had little to no actual construction experience.

There were, however, reasons for optimism. That work force, so green around the gills, didn’t cost much—just a notch above free labor, really. And their team was led by experienced professionals, including UCD instructor Scott Lawrence, student-turned-instructor JD Signom, structural engineer Andy Paddock, and craftsman Jordan Vaughn. What’s more, they had Sommerfeld, who brought loads of relevant knowledge and experience along with an inspired, can-do attitude he summed up with a quote from Charles Eames: “I have never been forced to accept compromises, but I have willingly accepted constraints.”

The students began with a weekend visit to the Leadville Mountain Center, hosted by COBS leadership. Along with team-building exercises and basic site analysis, they interviewed their new clients and held a variety of design charrettes, sussing out priorities and intent. Back in Denver, they began looking at form, conducted modeling charrettes, and prepped their campus workshop for the long work ahead.

After presenting the COBS team with design proposals and soliciting feedback, students were broken into seven teams of four, with each team responsible for two cabins. A one-to-one mock-up began to take shape in the workshop—a task that proved invaluable to those without existing construction skills. Said student Rachel Koleski, “You draw up details all day, but actually having to put them together and realizing, ‘Oh, it doesn’t work in that order,’ or, ‘I need the fastener to be that much longer,’ really helped a lot.”

That brand of insight is all part of Sommerfeld’s master plan. He isn’t shy about sharing his frustration with the slanted views that design build programs often attract. His program isn’t a trade school, nor does he expect students to go into contracting. “But what I do hope they understand is what those contractors and builders and craftsman have to do to get their project built,” he said. “And how the details and the way they draw it and the way they think about it can make their lives easier, or in some ways can push those craftsmen to an interesting place where they want to collaborate because it asks them to be the best of their profession.” 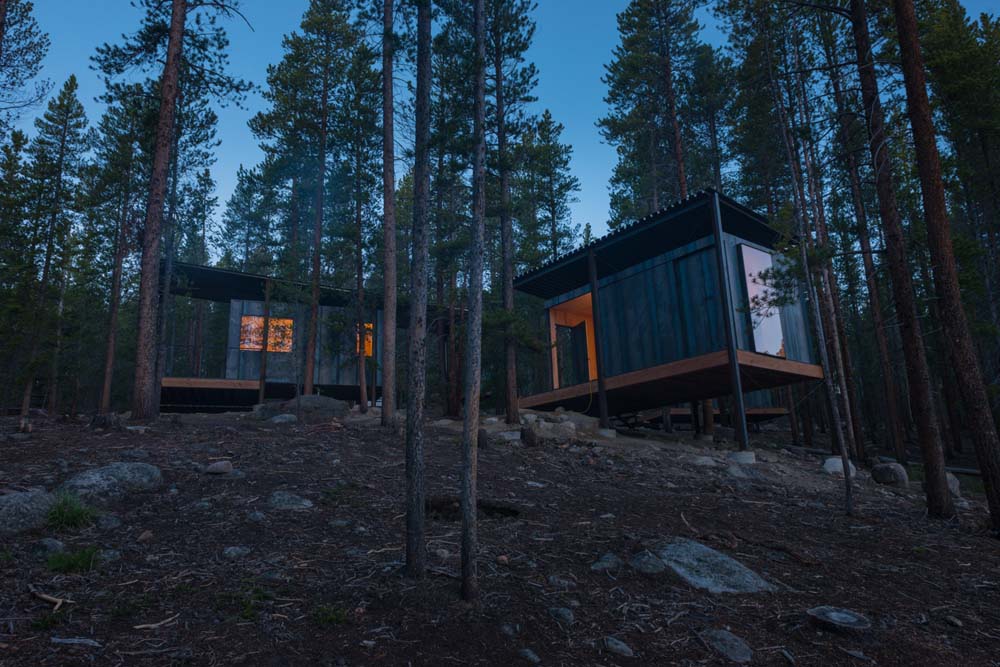 IF YOU BUILD IT…
The micro cabin designs were finished by spring break, which left only the month of May for construction. Having fully embraced their time and environmental constraints, the students devised an ingenious plan around the idea of creative prefabrication. They couldn’t fully pre-fabricate the cabins because they didn’t have the warehouse space—and anyway, the Leadville site was inaccessible to large vehicles, so getting a semi-truck or crane up there was a non-starter. Instead, they broke the project into three smaller parts. For the exteriors, they built wall panels that could be flat-packed and loaded onto a flatbed truck, then unloaded and moved around easily by two to four people on site. In this way, they got wall panels for all 14 cabins up to the site in the beds of three trucks.

For the interiors, they worked with architect and cabinet manufacturer Jordan Vaughn to design interiors that were made entirely from plywood using a Computer Numerically Controlled (CNC) router. Through Lean Product Delivery, they designed everything on either a two-foot or four-foot module, meaning that in many situations, the studs and plywood didn’t need to be cut at all. By using full sheets, the cabins were designed around the proportions of the materials, which led to a shorter timeline, more factory edges, and straighter, truer dimensions. Once they understood where all the holes, latches, joints, screws, and fasteners needed to be, they reverse-engineered a sequential loading process based on the location of each cabin, packed everything into a rented Ryder truck, and set off once again for Leadville.

The final piece of the pre-fabrication puzzle were the columns holding each structure in place. This meant carefully negotiating the terrain both in terms of what was underfoot (to establish a flat building platform) and what was overhead (the roof that holds snow off the cabin). The columns were built in the campus workshop and shipped to the construction site, where the learning curve for assembly was steep, but swift. Erecting the columns, as well as the girders that filled out the metal frame, took a full day at first. Eventually they managed six in the same timespan. The entire on-site building process took just 29 days. 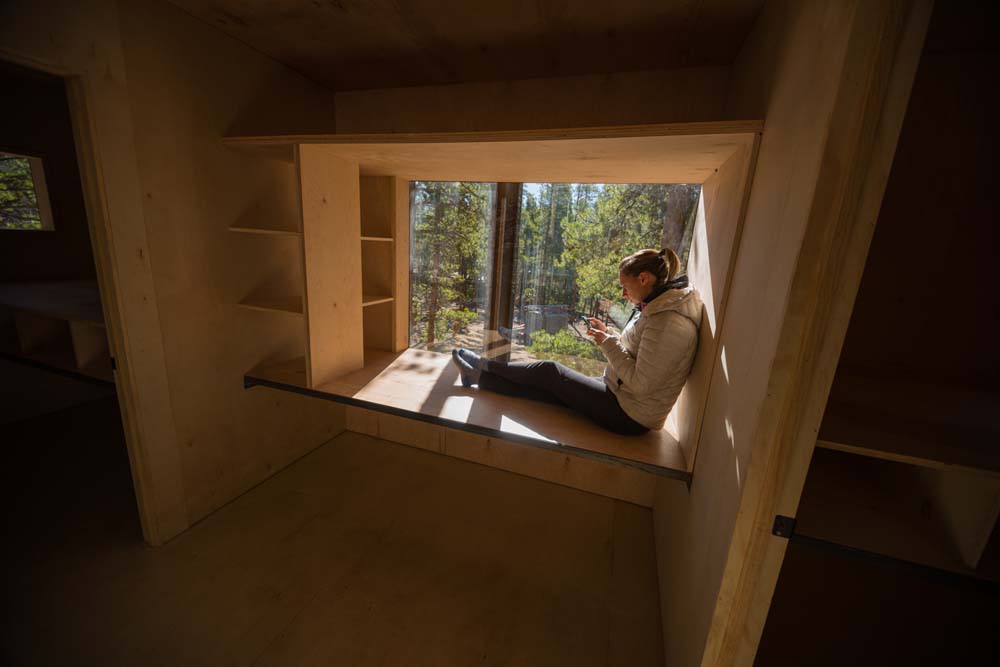 HOME ON THE RANGE
Rick Sommerfeld doesn’t care much for symbolic architecture. He values the beauty and poetry that comes from a well-designed building, and he’s quick to lament the erosion of curiosity that’s led to so much uninspired sameness in the built environment. But even so, what he values most is creating something that brings tangible value to the client—and in the case of Colorado Building Workshop projects, something that brings value to his students. Still, it’s hard not to see a glint of symbolic virtue in the 14 micro cabins he helped manifest for Colorado Outward Bound School. Yes, his students learned practical skills that will advance their careers. And they’ve learned valuable lessons about collaboration and teamwork, which Rachel Koleski described like this: “We spent such an intense amount of time figuring out how to work with others, and how to listen. I think we all get really excited in design sometimes, and we forget to stop and listen to what the clients want, or what our teammates want.”

And yes, the client is indeed thrilled with the outcome. COBS leadership points to the importance of these cabins in building a sense of community, and in their ability to help retain instructors from one season to the next. But beyond all that, there’s a less measurable result as well, and the symbolism, while not the intention, is no less important. Just moments after explaining the nomadic personality traits that compel COBS instructors to return year after year, their lives packed into Rubbermaid containers, Ella Hartley made a point to express just what her cabin, number seven, meant to her. “Having these spaces for staff and being able to provide a slightly more permanent, settled space, when we’re so busy going in and out of the field again and again, is kind of a nod to our individuality and our adulthood. Sometimes you just want to curl up with a book in your own bed, and this summer, when I got to have my own space and my own bed that was all mine, it made me feel like a more permanent part of the community.”

The micro cabins at the COBS site in Leadville may measure fewer than 200 square feet each. But to the people who inhabit them, the sense of home they provide is infinite. 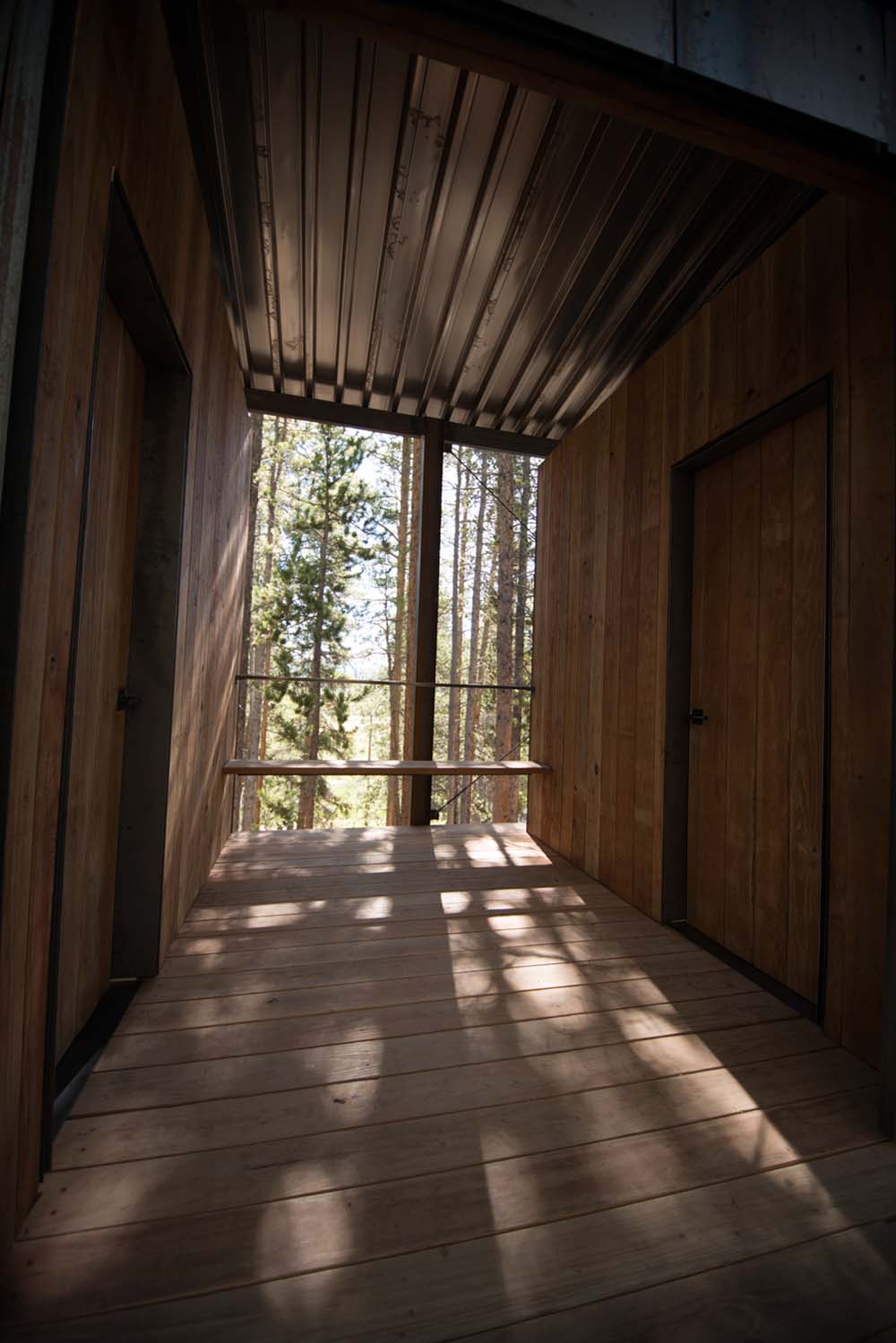 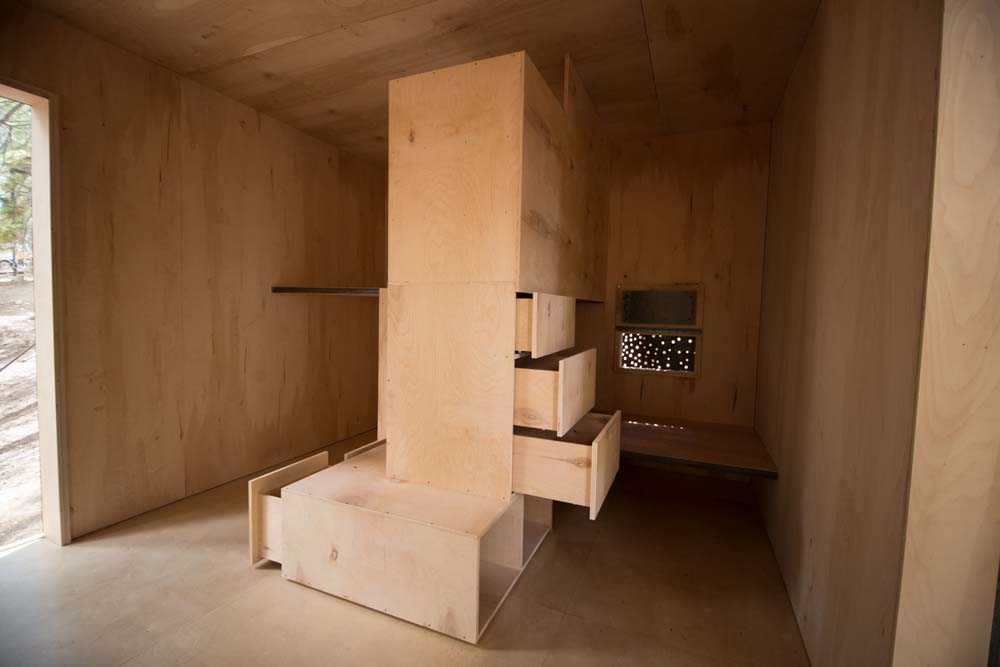 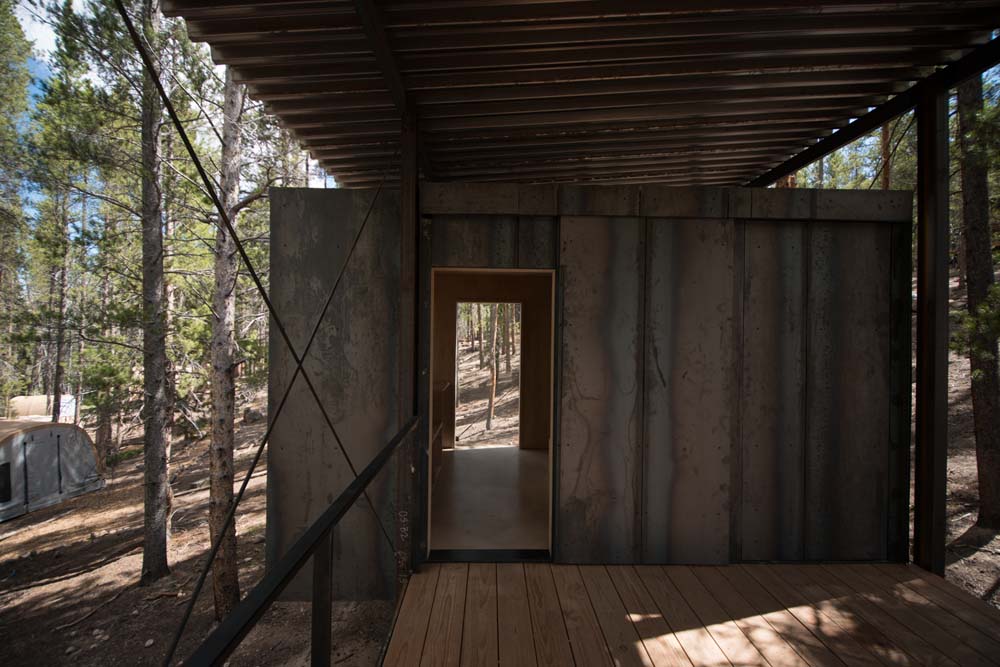 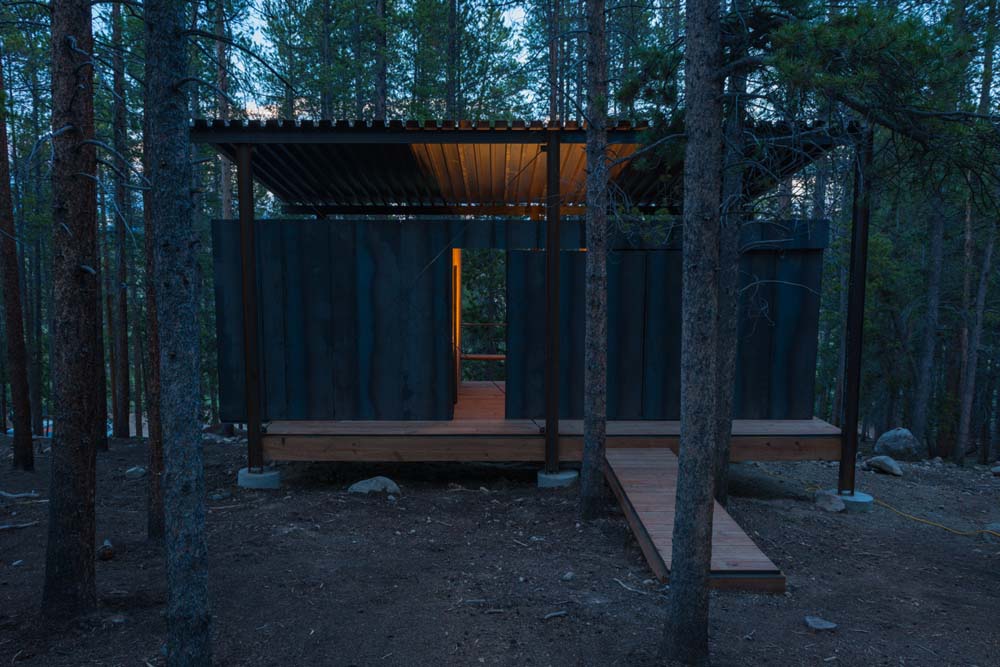