Boulder is no stranger to tech firms taking up residence in reimagined industrial spaces. But Applied Broadband isn’t looking to emulate the latest Silicon Valley fads. Lucky for them, architect Rick Epstein and designer Marcel de Lange know just how to get where they’re going. 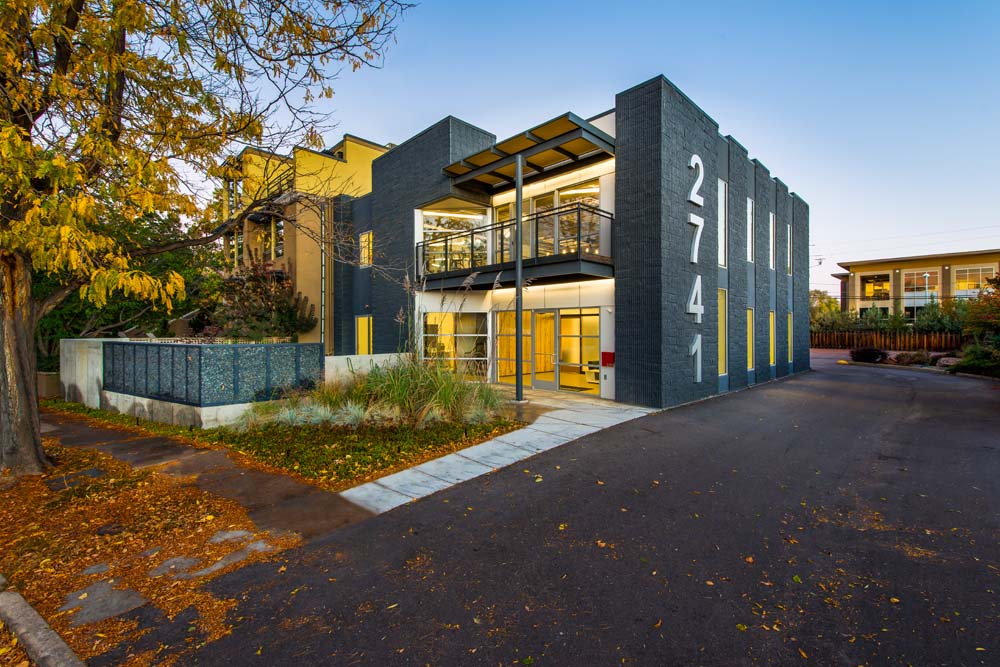 The offices at 2741 Mapleton are home to a firm specializing in Internet technology so advanced it defies easy explanation. In and of itself, such a thing isn’t unusual—21st century Boulder, after all, is a well-known hub of high-tech entrepreneurs. But what sets apart Applied Broadband’s new headquarters is the relative simplicity. Take a stroll around the building and you’ll see plenty of subtle design flourishes—plenty of smartly functional choices—but none of the quirky badges so commonplace among tech firms. There isn’t a beer tap or ping pong table in sight. 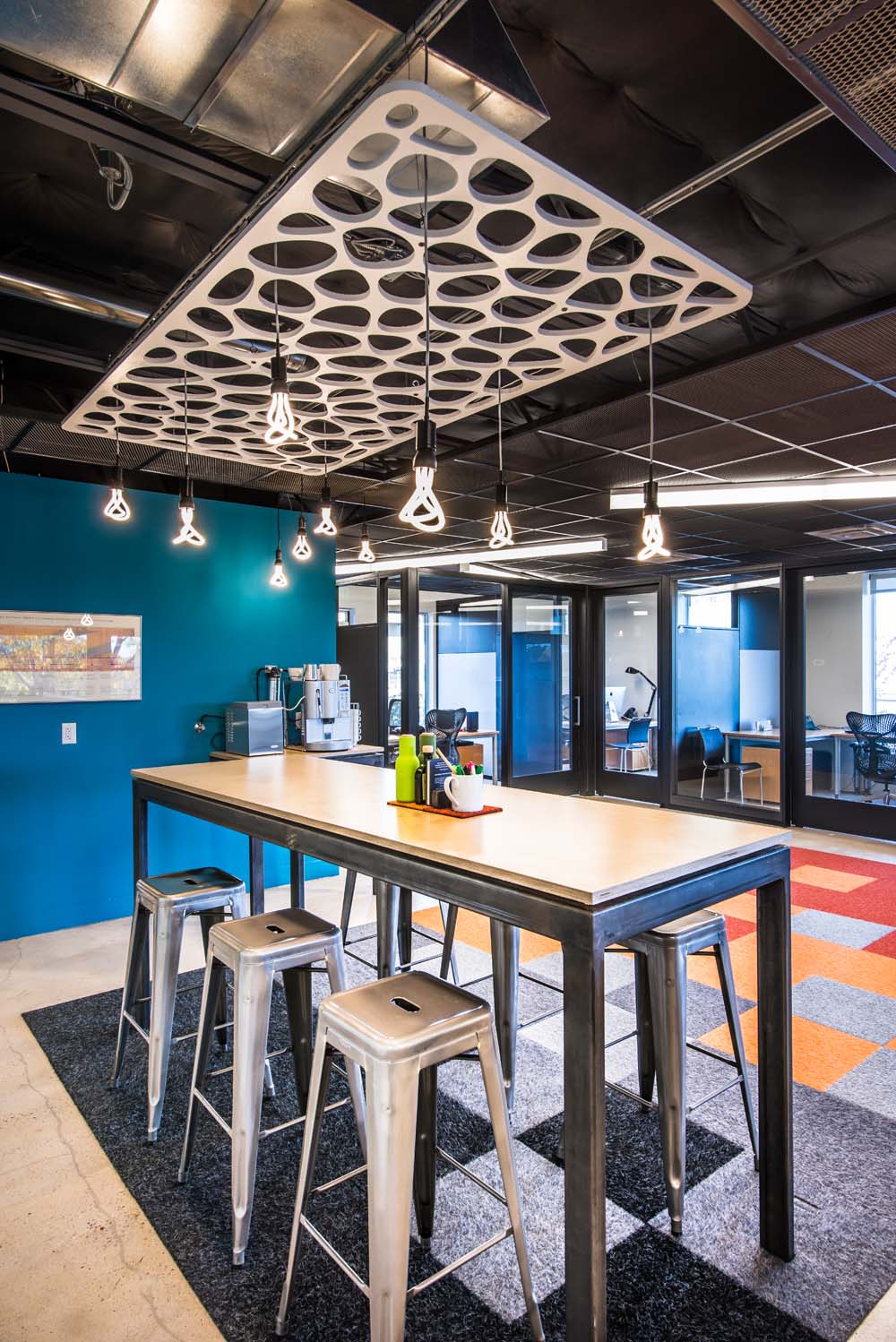 “We went through a process of interviewing everyone in the company,” said architect Rick Epstein. “They wanted it to be comfortable and dynamic—a good, serious environment, but still fun, interesting, playful, and collaborative.” Epstein, of re : architecture, worked with longtime friend and colleague Marcel de Lange of 641West Design to create a space that could accomplish those aims—and do so on a relatively modest budget.

Not that it was easy. The building in question was in desperate need of an overhaul. Built in the late 1970s, it was dated and closed off, its 4,600 square feet originally quartered into four suites. But the bones were good, and if you looked at it from just the right angle, there was potential peeking out from the shadows. All that was needed was a unifying vision, someone to break it down and then thoughtfully and holistically piece it back together—which is precisely where Epstein fits in. 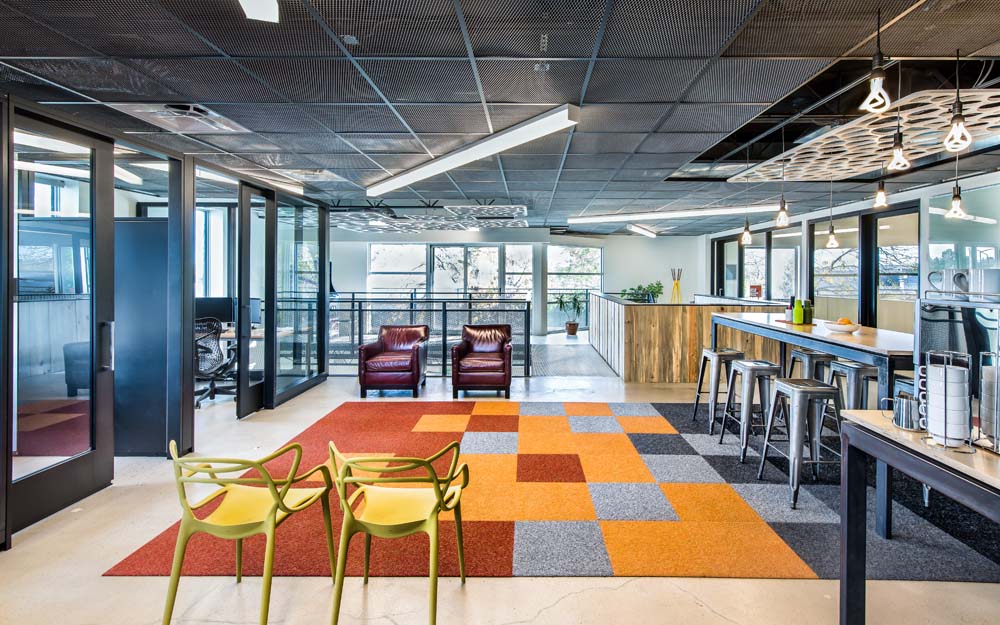 Epstein has a career trajectory to match his curious nature. Born in New York, he came to Boulder as an undergraduate before eventually studying—concurrently—at MIT and Harvard. He won a prestigious Watson Fellowship in his 20s and used the opportunity to travel the world for a year. From the Mediterranean to China to Japan, he studied vernacular architecture in humble villages, all the while taking note of the unique cultures, climates, materials, and settings. The experience set him on a path of urban design. In addition to his work with firms like RNL, AR7, and Studio Completiva, he’s served on the Boulder Planning Board and Urban Renewal Authority, as well as the Belmar Design Review Board, all of which gives Epstein a decidedly big-picture approach to projects like this one.

He began the Applied Broadband project by moving the front door and cutting out the lobby ceiling, creating a vertical connection between ground and top floors. The ceiling tile and carpet came off. Then he summoned warmth and texture by adding beetle-kill wood to a building comprised almost entirely of steel and concrete, varying that wood in both width and depth. The resulting juxtaposition lends a sense of action and of cohesion throughout. 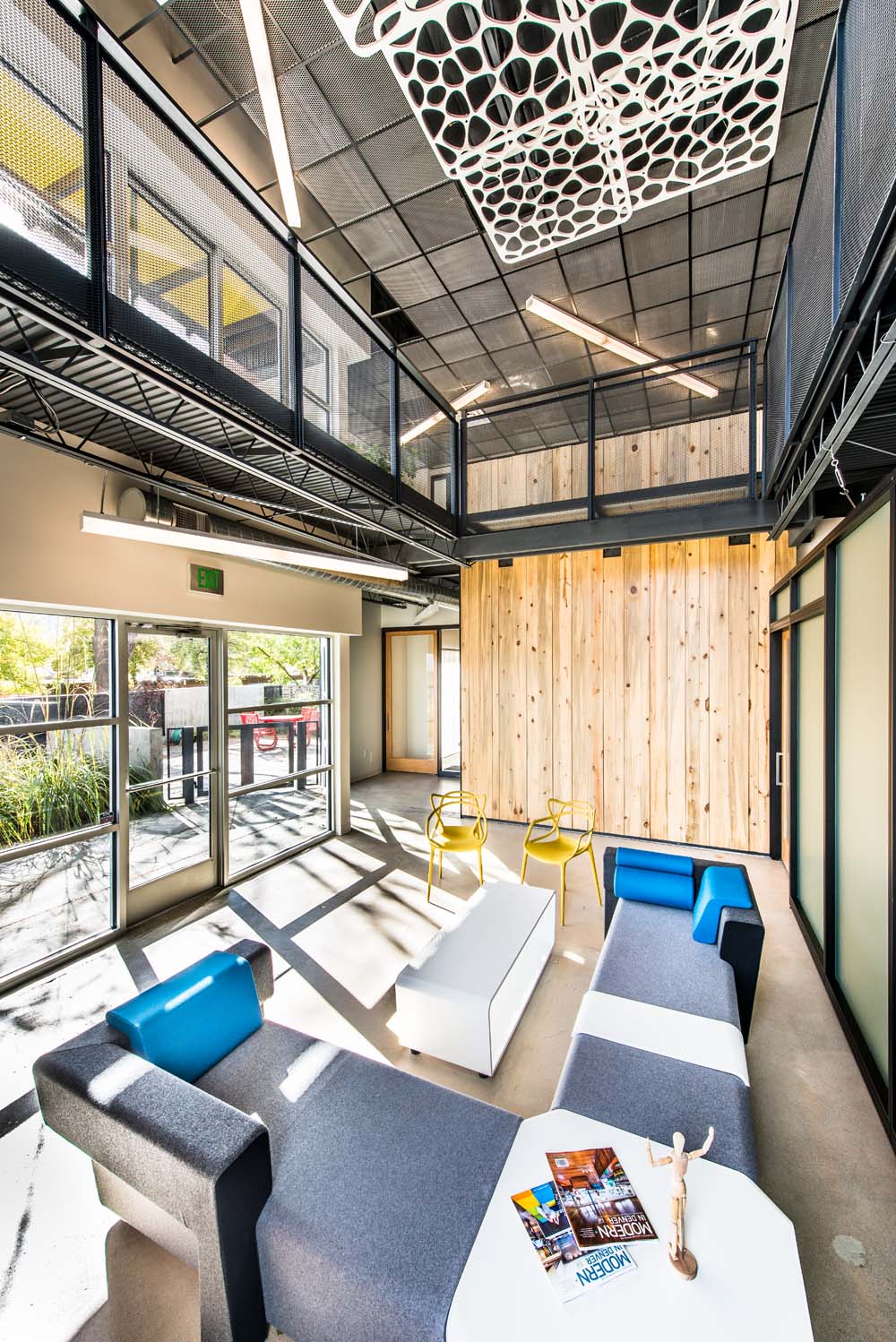 Stairs were cut to guardrail height, and industrial grating has created a bridge effect that connects Applied Broadband Founder Jason Schnitzer to his team of computer engineers. A collaboration desk fashioned by de Lange anchors a handful of glass offices, each outfitted with repurposed Haworth elements. To the south, the upstairs patio employs more fiberglass grating, with the added benefit of yellow tinting, which provides a complementary splash of color when viewed from the street. Also visible from the street is a ground level patio framed by French-inspired Gabions and giant block numbers in the style of Dutch supergraphics. “It was actually a pretty complicated remodel,” said Epstein. “How do we tie it all together; how do we unify it? That was a real, continual theme, creating that openness. I think this exceeded our expectations, how much it all hung together, because you make a thousand choices as you move through a project.”

Taking in its full expanse from the street after the project’s completion, it’s clear Epstein was looking not just at the building, but at the way the building tucks into its environment. The urban planner sees things with an inside-out perspective, and what he sees is this: “It’s like a small idea, done well.” 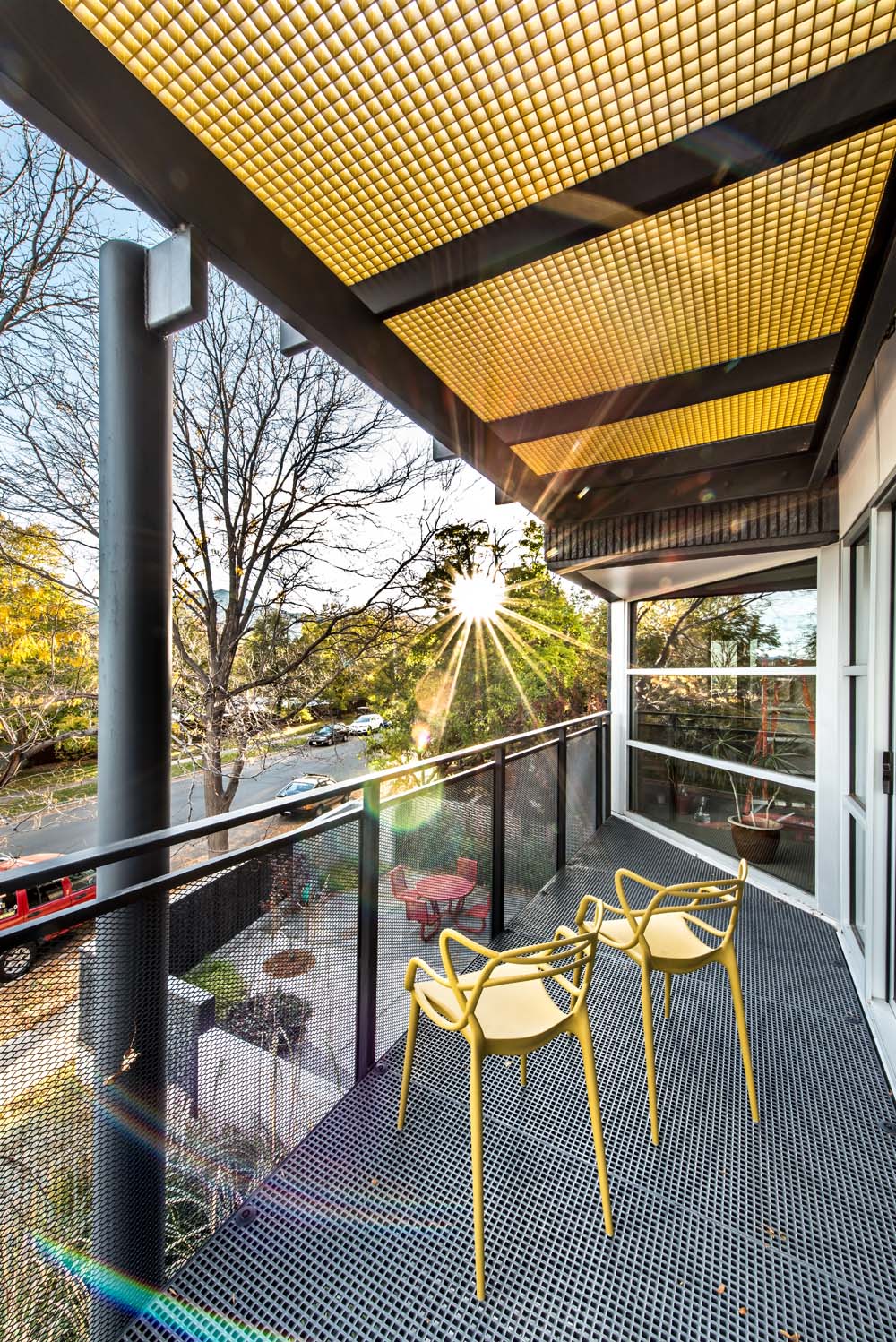