California architect Cliff May traded dreams of musical stardom for a life rooted in grand conceptual design. Along the way, he cast a long and lasting shadow on the world of modern architecture. 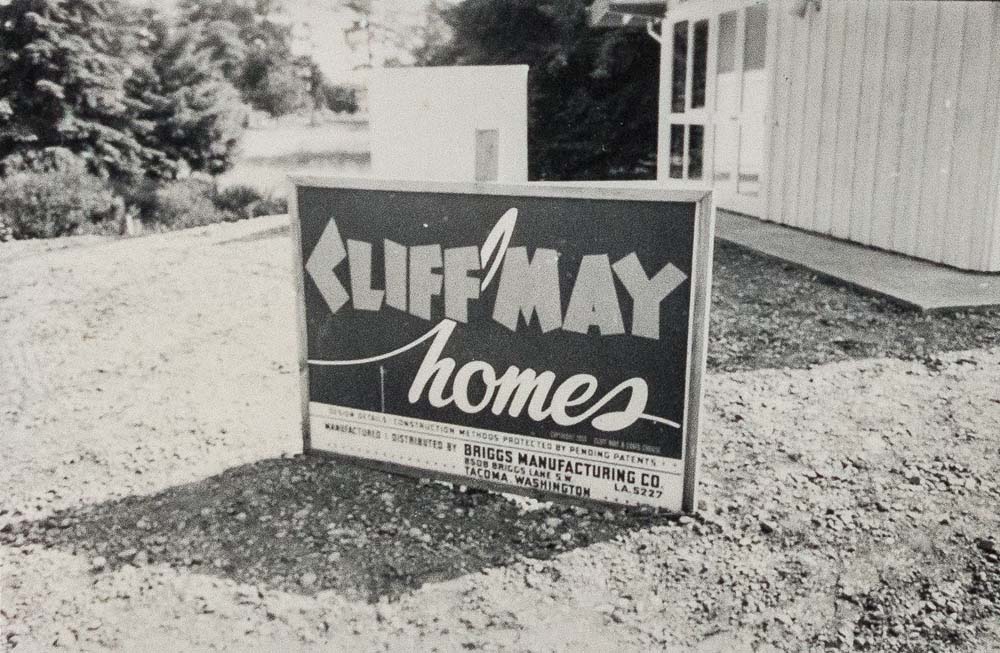 Often considered the father of the modern ranch house, Cliff May should perhaps be better known as a purveyor of the casual and informal California lifestyle. The fact that May was never formally trained as an architect was little more than a technicality. Even early in his career, he showed an attention to detail befitting a grizzled architectural veteran.  From his precise selection of colors to the ways in which a house related to its occupants (or the sun, or an adjacent house), May was careful to consider every last aspect of the houses he designed.

His resulting contributions to the world of design are substantial, but May never set out to make a career in architecture. He really wanted to be a musician, and while in college at San Diego State University, he had a band called the Cliff May Orchestra. At the urging of his father, however, May changed course. Seeking a more reliable income, he left school and began building furniture, which quickly blossomed into building entire houses. After moving to Los Angeles, his new trade evolved further as he began designing custom homes for wealthy clients—sprawling ranch homes spanning 10,000 square feet or more—and even designed entire subdivisions.

Due to his talent, success, and charisma, May’s work began attracting attention from national publications like Sunset magazine and House Beautiful. He published his first book with Sunset in 1949 (it remains in print more than six decades later), and even wound up designing their former headquarters in what is now Silicon Valley.

Celebrity aside, May had visionary ideas about how homes should be designed, and he had a unique ability to merge tradition with cutting-edge principles. He felt strongly that good design had the power to make life better for everyone, telling LIFE magazine in 1949, “I was very much impressed by the Levitt development [in New York], seeing those thousands of houses … [we have] agreed that today’s houses are superior to those built 10 years ago. Such houses do represent better specifications. But they do not have better design. They do not represent a better way of living.”

In response to what he saw as a dearth of good housing design, May teamed with California architect Chris Choate, forming Cliff May Homes in 1953. The company innovated a prefabricated system of homebuilding, selling house kits to builders rather than developing neighborhoods directly. Denver’s Harvey Park stands as a shining example of this approach, and other tracts can still be found in Tacoma, Salem, Houston, Dallas, Tucson, Salt Lake City, Las Vegas, and as far east as Flint, Michigan. The company sold an estimated 18,000 houses in a relatively short span, with May leaving the firm in 1956 ahead of its ultimate closure just two years later.

May spent the balance of his career designing large custom homes worldwide. His clientele grew to include not just the rich, but also the famous; he designed an estate for vintner Robert Mondavi and a home for actor Gregory Peck (now owned by Ben Affleck). May passed away in 1989, but there’s little doubt that his legacy lives on.