Medical science has evolved so rapidly in the past decade that it’s nearly impossible to talk about newly constructed facilities without using words like “futuristic” or “science fiction.” Operating rooms, in particular, have been ground zero for advancements that incorporate everything from industrial robotic technology to digital imaging that allows for the kind of non-invasive surgeries that would have been pure fantasy a generation ago. 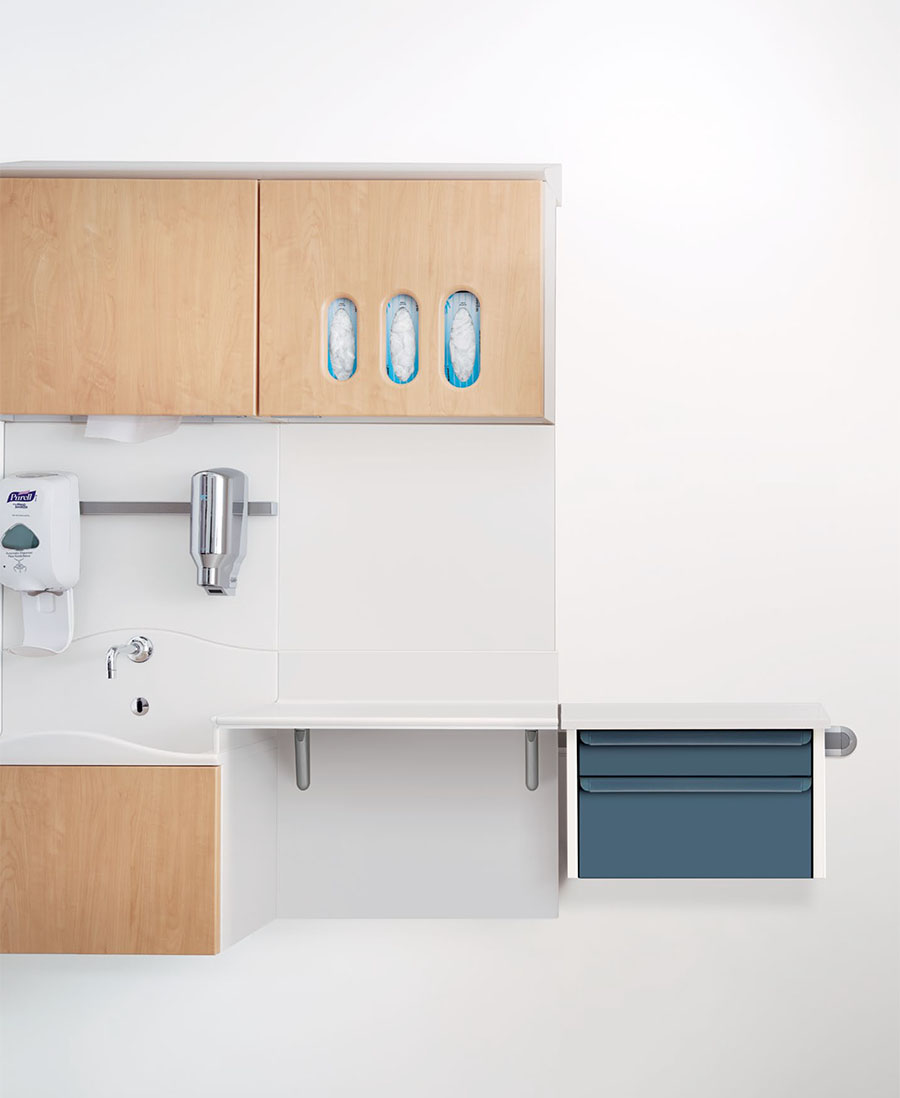 But in order to see where the most significant changes in healthcare are developing, you have to look beyond the headlines touting space-age O.R. technology and focus instead on less obvious, more practical design choices.

Take, for example, nurses stations. Colorado is home to 61,000 licensed nurses, and nearly 60 percent of them work in hospitals. For any given hospital visit, patients spend more time with a nurse than any other hospital staff—and that same nurse is likely responsible for as many as five other patients concurrently, all day long. Tectonic shifts in the healthcare industry brought on by the Affordable Care Act are expected to result in an even greater demand for registered nurses, meaning an even higher nurse-to-doctor ratio.

All of which means that when it comes to efficiency, safety, and better patient care overall, a well-designed nurses station is the best place to start. “Hospitals are pretty utilitarian spaces,” said Kate Chapman of H+L Architecture. “To do healthcare design, you need to have more than just a marginal idea of how nurses or doctors are working. Those spaces are set up to be functional and streamlined so that the interventions on the patient are as low as possible, but also so that each facility has its own flavor that reflects the patient population they’re serving.”

Chapman just completed interior design work for a free-standing emergency department with UC Health in Fort Collins. Recent trends have called for decentralized nurses stations, which, in theory, allow nurses to be closer to their own patients, their own supply closets, and their own medication rooms. But H+L looked closely at the evidence-based learning and found that rather than simplifying things, this setup generally caused just as many problems as it solved: Collaboration dried up, supplies and medications weren’t always where  they should be, and nurses were doing a lot of impromptu hunting and gathering when they could otherwise be with a patient … which is exactly the kind of thing decentralized stations were supposed to prevent.

Instead, Chapman and her colleagues came up with a large, centralized nurses station in the shape of a horse track. With just one nurse on each side, it’s possible to see every single patient room. On the interior is a large open area for dictation and charting, with adjustable-height tables for doctors and standing-height tables for nurses (who rarely sit). Around the perimeter are 12 additional stations for longer-term charting and better visualization of patients, plus a point-of- care testing station with room for three more people. The end result is an easy-to-access space that comfortably holds upwards of 25 care providers, all of whom can quickly and easily communicate, collaborate, and lend support. It isn’t the most glamorous aspect of the facility, but given that every tiny efficiency adds up to significantly better patient care, shorter wait times, and lower costs for both providers and consumers, it may be the most impactful. Great design, rendered almost invisible. 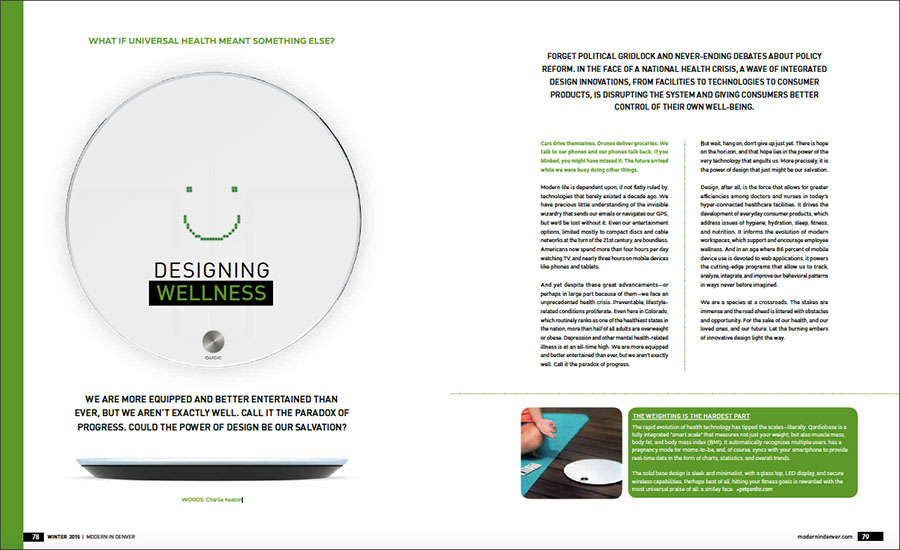