LONG BEFORE IKEA INTRODUCED FLAT-PACKED FURNITURE TO THE U.S., CALIFORNIA BUILDER CLIFF MAY HOMES PIONEERED THE IDEA OF FLAT-PACKED HOUSES IN COLORADO. WITH 170 OF THESE PREFABRICATED GEMS STILL STANDING, DENVER’S HARVEY PARK NEIGHBORHOOD IS A LIVING TESTAMENT TO MID-CENTURY BUILDING INNOVATIONS THAT MAY OTHERWISE BE FORGOTTEN. 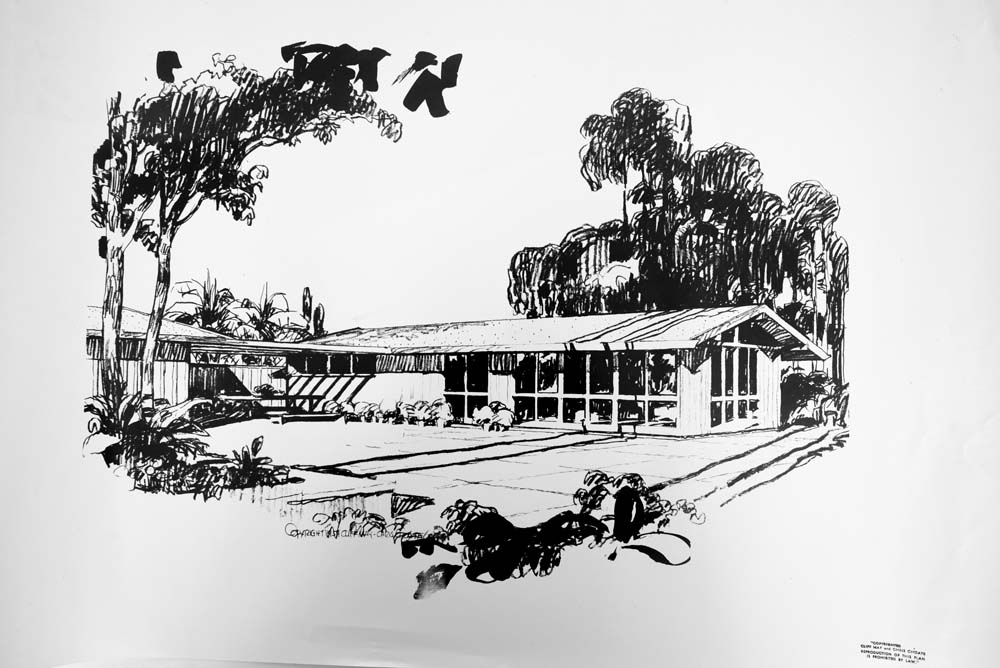 SIXTY YEARS AGO, SOMETHING BOLD WAS HAPPENING HERE.

Amid the ongoing real estate boom, a handful of scattered communities have distinguished themselves as contenders for the title of Denver’s next hot neighborhood. One such enclave is Harvey Park, a quiet mid-century holdover situated just west of Federal Boulevard. But as with so many resurgent pockets around town, the streets of Harvey Park are lined with a rich and eccentric history unknown even to many of its residents.

The year was 1955, and the newly annexed Harvey Park was the epicenter of an enormous building boom. The city’s population was exploding at four times the national average, and builders were scrambling to keep up with demand. At the same time, potential homeowners had more money to spend than ever before, and builders fought to outdo one another in size, quality, innovation, and price. The 1955 Parade of Homes featured a whopping 86 houses, and the Cliff May homes in Harvey Park were among them. 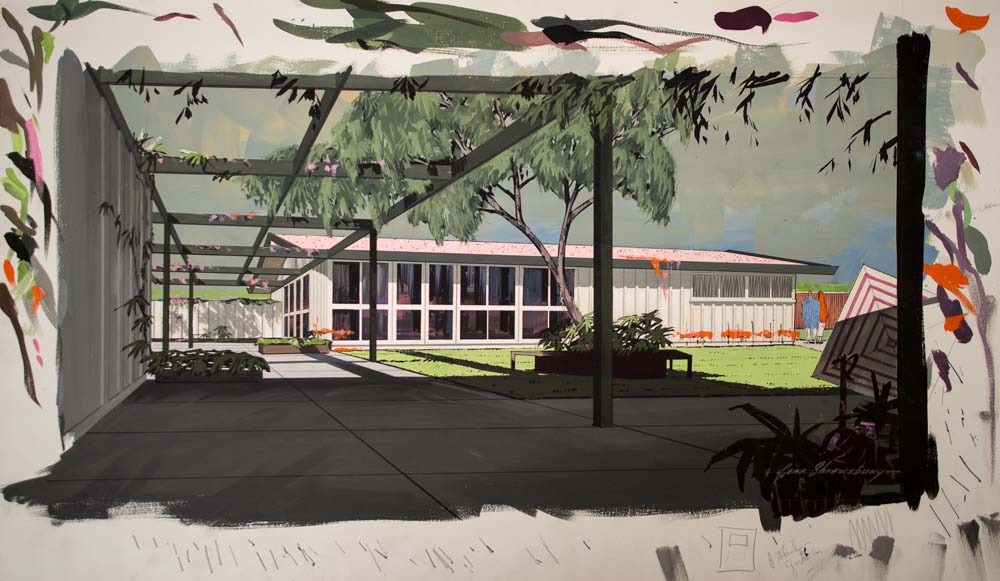 Built by Rocky Mountain Cliff May Homes, a subsidiary of D.C. Burns Construction, these homes represented the cutting edge of design and engineering in the 1950s. Rare was the builder willing to establish a dedicated neighborhood of “contemporary style” houses in Denver. Rarer still was the builder willing to take on a modular housing system that was largely untested outside of California. D.C. Burns, however, had a reputation for looking forward; they were one of the first companies in the region to build housing for soldiers returning from World War II, and they had been ahead of the curve in offering VA loans.

The Cliff May homes in Harvey Park were built using a modular prefabricated approach known as the Cliff May-Chris Choate system, designed with a standard kit of pre-made parts and engineered for high quality in a controlled factory environment before being flat-packed and shipped to the build site for rapid assembly. 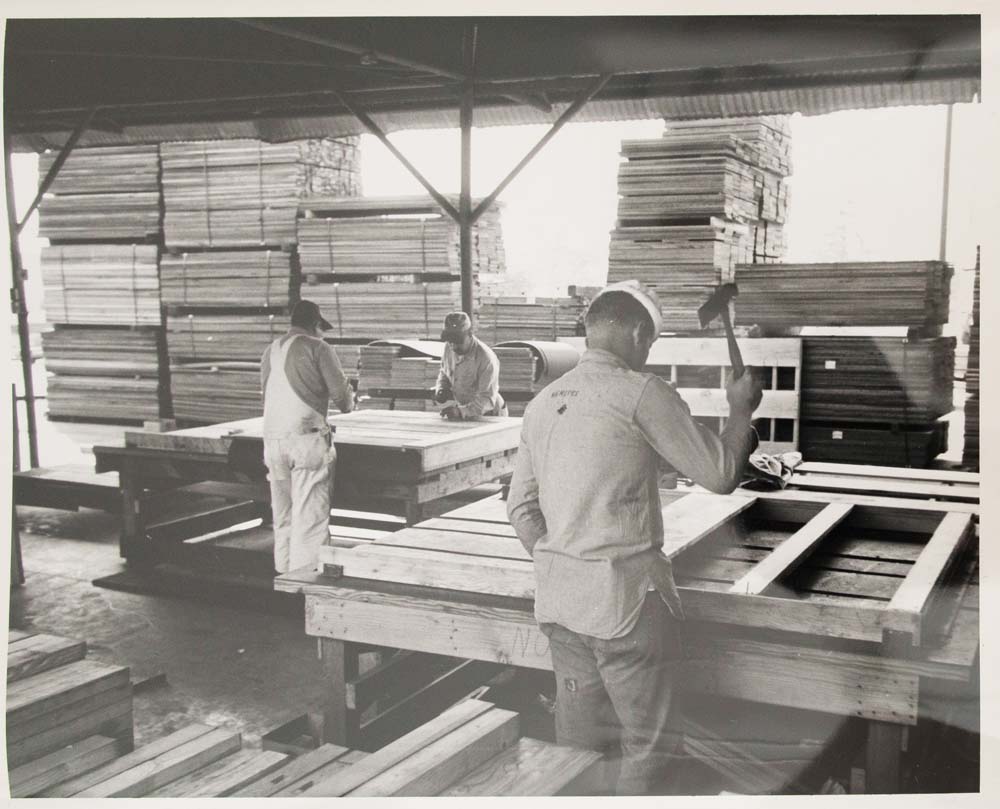 The houses were comprised of a post-and-beam super-structure, enclosed by pre-made, tilt-up panels. Some of the innovation, however, had more to do with how they were actually built. Instead of piecing together the super-structure first—the typical method for a post-and-beam building—the May-Choate system erected the tilt-up panels first, along with various vertical posts that might occur at glass walls or under the main beam of the house. Beams were then placed atop walls and posts. This made construction so efficient that—assuming a foundation was already in place—a house enclosure could be finished in a single day. 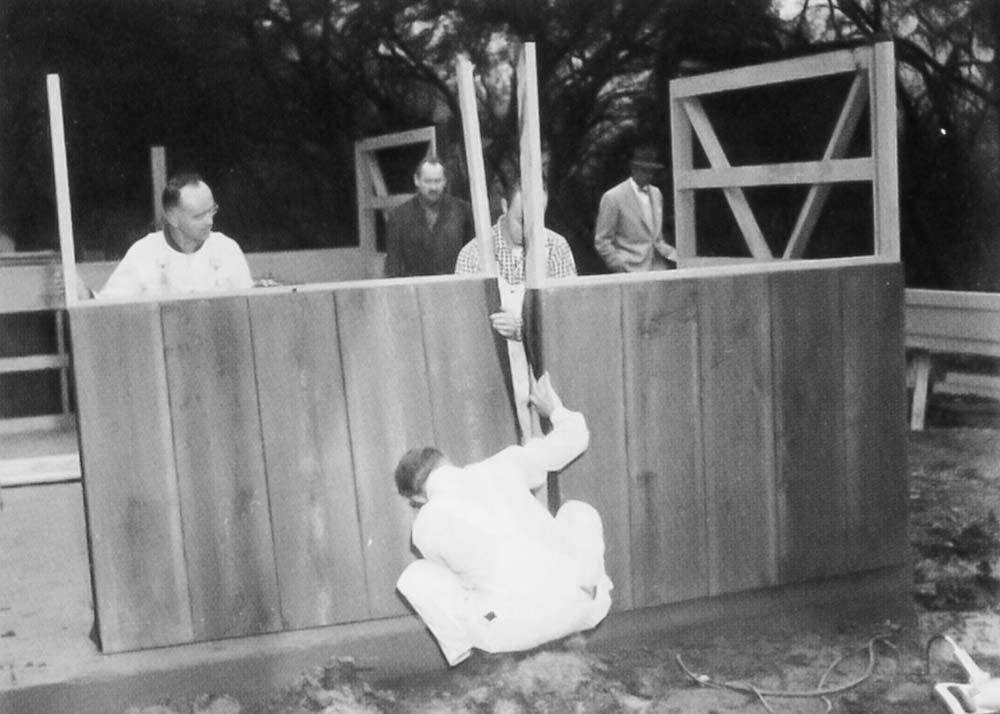 But simply creating an elegant and minimally engineered structure was only part of what May hoped to achieve with his tract homes. Inspired by the architecture of California’s classic Mexican ranch houses, May envisioned informal living that carefully balanced openness and privacy and treated indoor and outdoor living spaces equally. This meant outdoor living spaces could be created using privacy fences and connected with the indoors via glass French doors and walls. 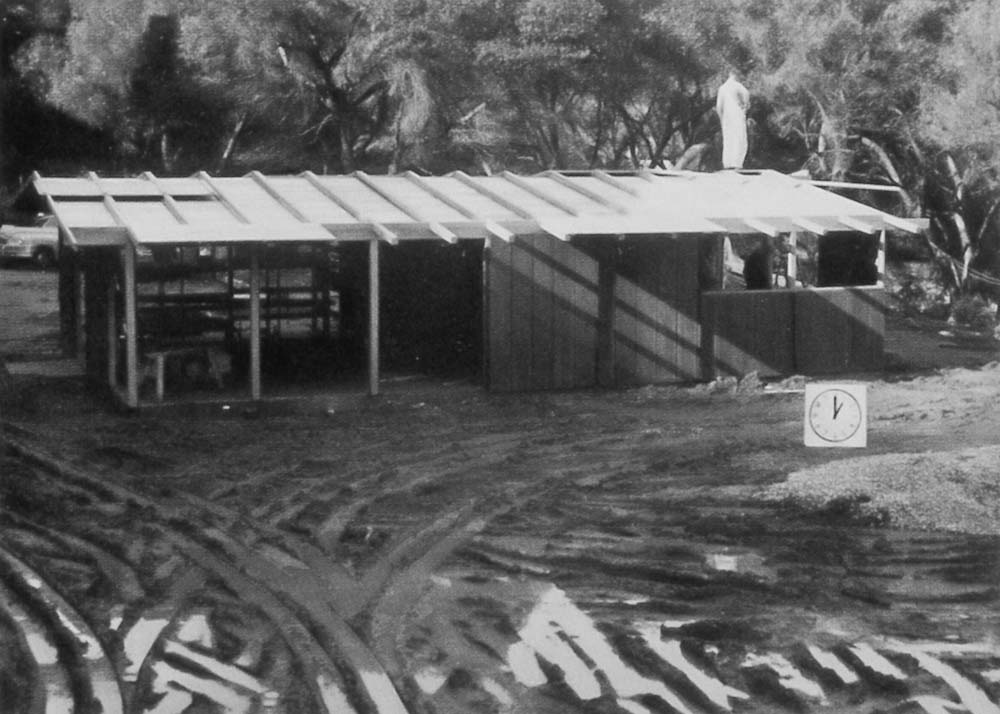 It also meant designing with a sensitivity to how houses relate to one another. He argued against the idea of “minimum setbacks,” which often resulted in houses being built in perfect rows, with bedrooms looking into neighboring bedrooms. May’s thinking was on full display in Harvey Park, resulting in a highly varied and interesting streetscape while playing down the fact that, as a result of their minimalist architectural language, many of the houses looked very similar.

In fact, this architectural language was one of May’s major philosophies and innovations. Although the press referred to the May-Choate designs as contemporary, with their vaulted ceilings, glass walls, low-sloped roofs, and clerestory windows known as “glass gables,” May believed he was designing houses devoid of a particular style. 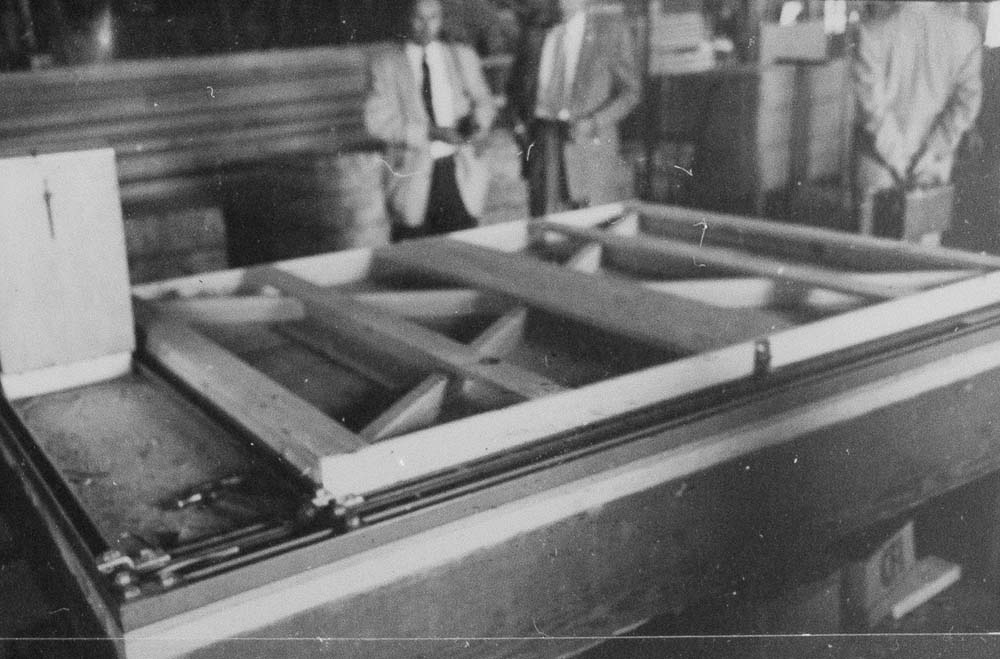 By taking style out of the equation, offering a set of coordinating colors (mostly earth tones), and maintaining a consistent massing through the neighborhood, May created a sort of architecturally egalitarian community, in which the largest houses were nearly indistinguishable from the smallest ones, reinforcing his notion of informality on a neighborhood scale.

Moreover, the houses arrived with no pre-conceived standards regarding how they should be decorated or furnished. Although an Eames Lounge fits quite comfortably in a Cliff May home, May’s preferred Spanish colonial style worked just as well. It was left entirely to the tastes of the residents. 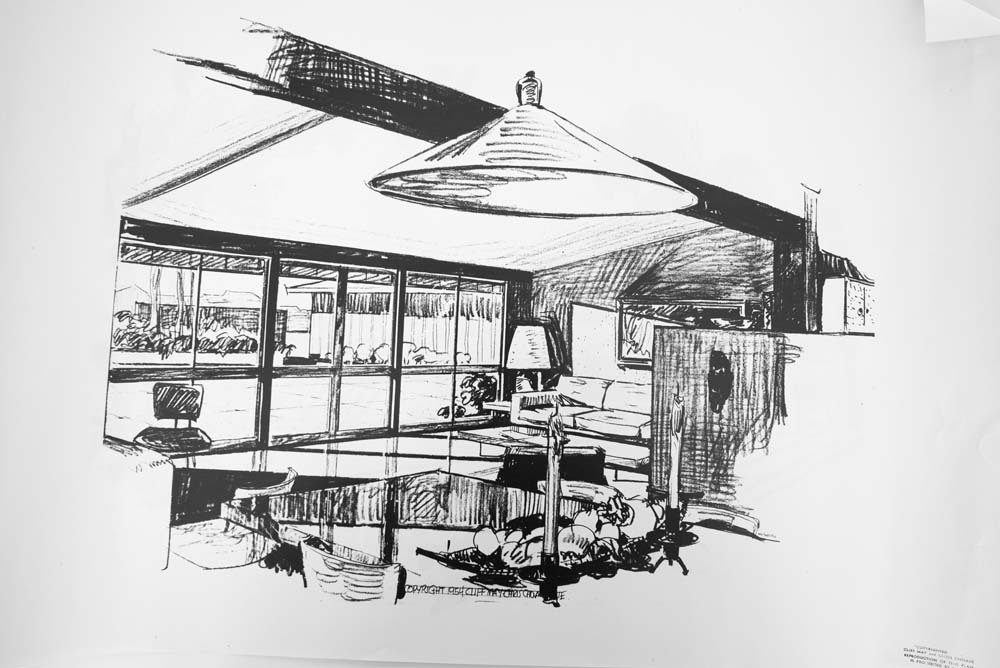 Although there were a number of builders outside California committed to Cliff May Homes, Burns Construction was one of the largest, building the 170-house tract in Harvey Park and a 150-house tract in Las Vegas. Despite a strong network of builders willing to sell their products, problems emerged and Cliff May Homes did not last much longer. May left the partnership in 1956, with longtime collaborator Choate taking over. But without May’s direct involvement, distributors like Burns, who would have been key to scaling up the brand, lost confidence in the company. In turn, very few Cliff May tract homes were built outside California after May’s departure.

As the notion of modular and prefabricated houses has come back into fashion, it’s curious that May’s ideas haven’t been revived and reimagined. The technology and design of flat-packed construction has come a long way since the hand-built wood panels of the 1950s. And yet the absence of any builder introducing a range of modular, prefabricated houses at scale makes it clear that the challenges May and Choate faced have not entirely abated. 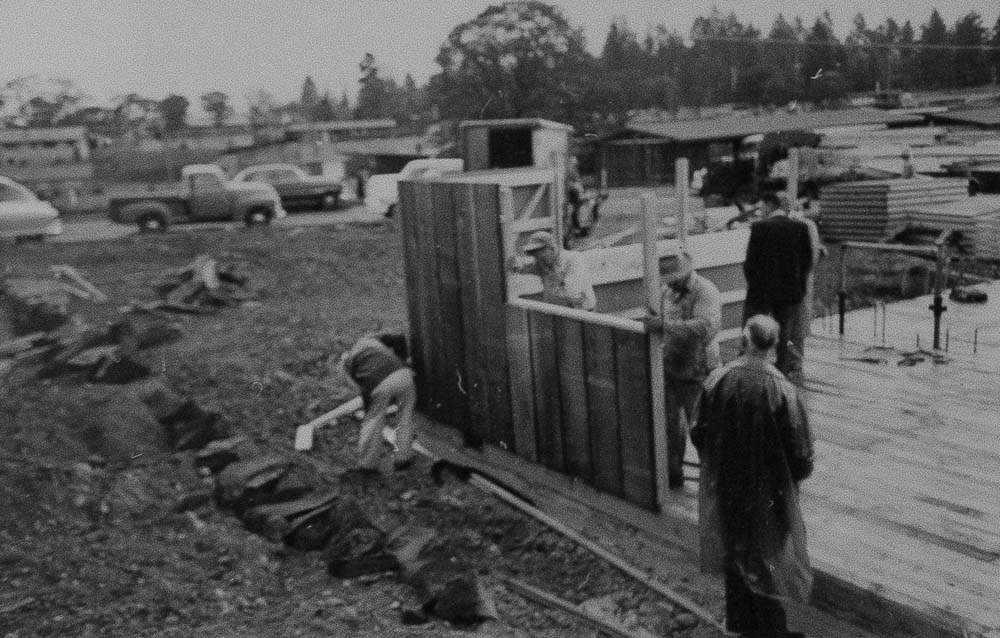 Building codes are one problem. Although the International Building Code has improved consistency nationwide, local amendments still make things complicated for builders trying to deploy a system across a broad geographic area. Other problems, ranging from quality control, varying home values, shipping, and labor challenges, still exist for all home builders. There is also the matter of finding a builder, like Burns, willing to risk deploying a new system that must make sense financially while also generating demand among potential buyers. The odds, sadly, are not in favor of large-scale modular prefabricated housing making a major comeback.

Even so, the Cliff Mays in Harvey Park stand as more than just another mid-century modern neighborhood in Denver. They represent a bold experiment, an effort to change the whole idea of affordable single-family housing. Even though this experiment may not have led to lasting change in the industry, residents still enjoy the fruits of May’s progressive thinking. In recent years, his designs have been rediscovered and better appreciated. 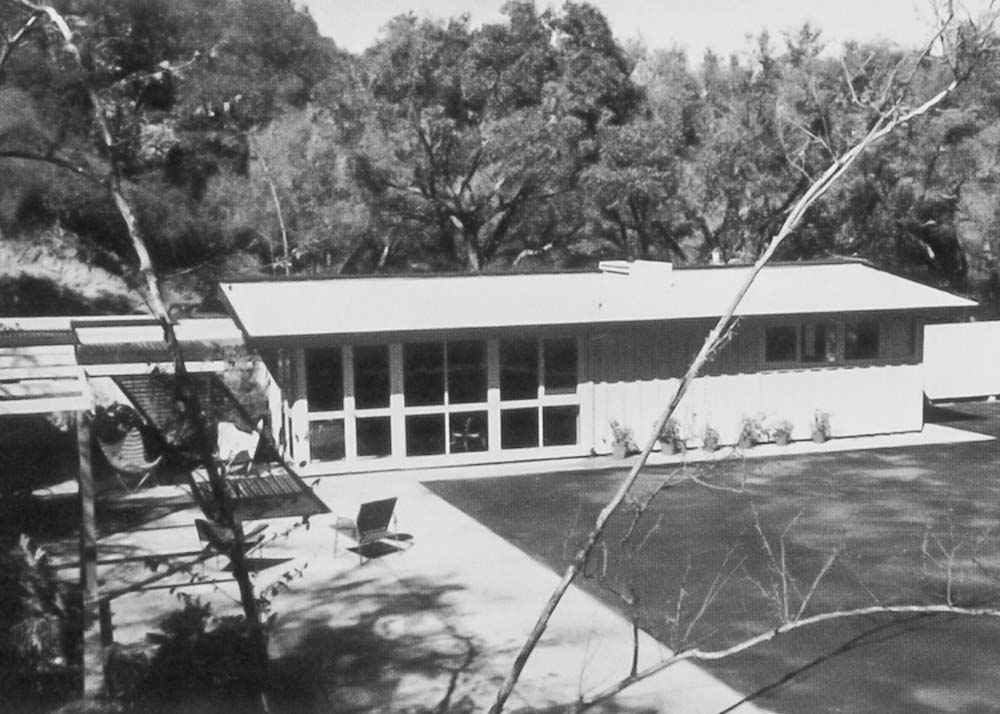 Now 60 years old, Denver’s Cliff May homes are more vibrant and full of life than they have been for decades. Who knows? Maybe this is Denver’s Next Hot Neighborhood after all. 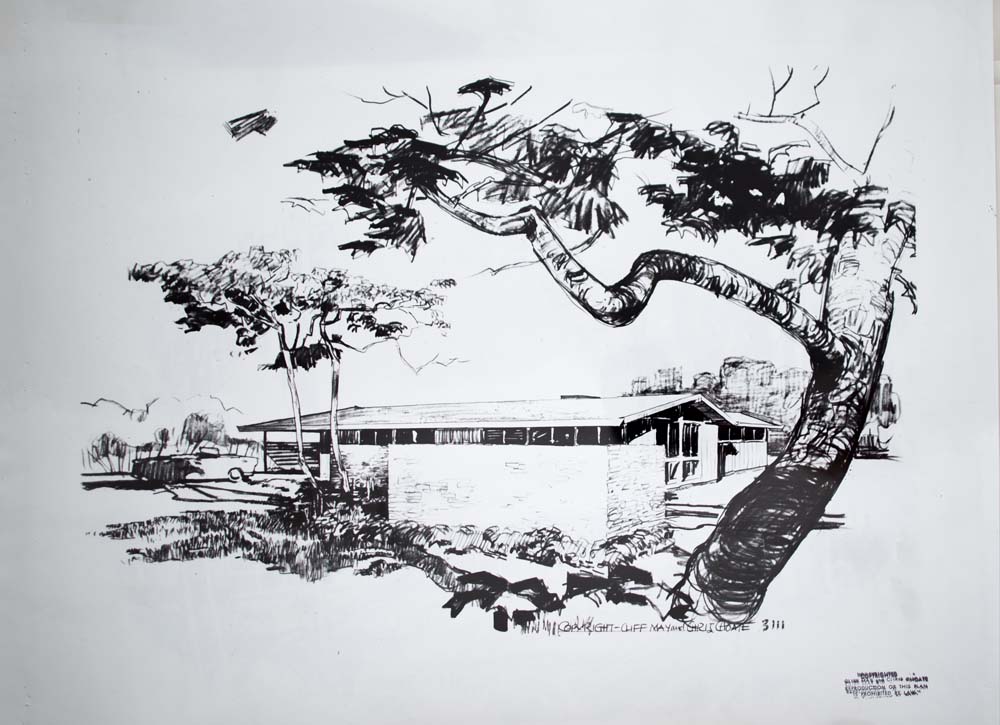