The Arapahoe Acres Home Tour takes place this Sunday, September 20! Four houses will be part of the self-guided, walkable tour from 2-4 p.m. You can purchase tickets online or in-person at the tour (cash or check only).

The tour begins at 1501 E.  Dartmouth Avenue (pictured). Four homes are included in the tour, one of which is an early home designed by Eugene Sternberg. The Englewood Historic Preservation Society has even provided us with this brochure from the neighborhood’s very first home tour. Learn more about the neighborhood below!

Arapahoe Acres is the first post-World War II residential subdivision listed as a historic district in the National Register of Historic Places, and all of the 124 homes were inspired or influenced by the work of Frank Lloyd Wright.

In the recent Englewood Historic Preservation Society newsletter, author David Carroll examined the influence of Wright in the Arapahoe Acres neighborhood. Take a minute to read his observations to help prepare you for the tour:

In The Natural House, published in 1954, Wright provides a vision for a new American home. “What was the matter with the typical American house? Well, just for an honest beginning, it lied about everything. It had no sense of unity at all nor any such sense of space as should belong to a free people.” For Wright, the solution was design that was simple but provided a deeper connection with the land. “First thing in building the new house, get rid of the attic, therefore the dormer. Get rid of the useless false heights below it. Next get rid of the unwholesome basement.” How did this translate to the homes in Arapahoe Acres? Look for the low pitch or flat roofs and basements.

A second feature you will notice is that glass is used as a continuation of walls. For Wright this was a device to bring nature into the home. “My sense of wall was no longer the side of a box. It was enclosure of space affording protection against storm or heat only when needed. But it was also to bring the outside world into the house and let the inside of the house go outside.”  A detail that has now become common is the wrap-around window, an expression of this idea and pioneered by Wright.

The last feature is really not a feature at all. Simplicity was a key component of Wright’s new American home. It rejected applied ornamentation, think Victorian, and asked for structural ornamentation. “At last, is the fifth resource, so old yet now demanding fresh significance. We have arrived at integral ornament the nature-pattern of actual construction”.  Through using different materials and allowing the structure elements to be visible, a new natural ornamentation was born. It is, in part, this approach to design that makes the homes of Arapahoe Acres so visually unique.

Frank Lloyd Wright’s influence is seen all across America. And our story begins when Edward B. Hawkins, a graduate of East High School and Colorado State University, moved to Chicago in 1924; was exposed to the domestic architecture pioneered by Frank Lloyd Wright; and after returning to Colorado in 1942, purchased a thirty-acre plot in Englewood that would later become Arapahoe Acres. 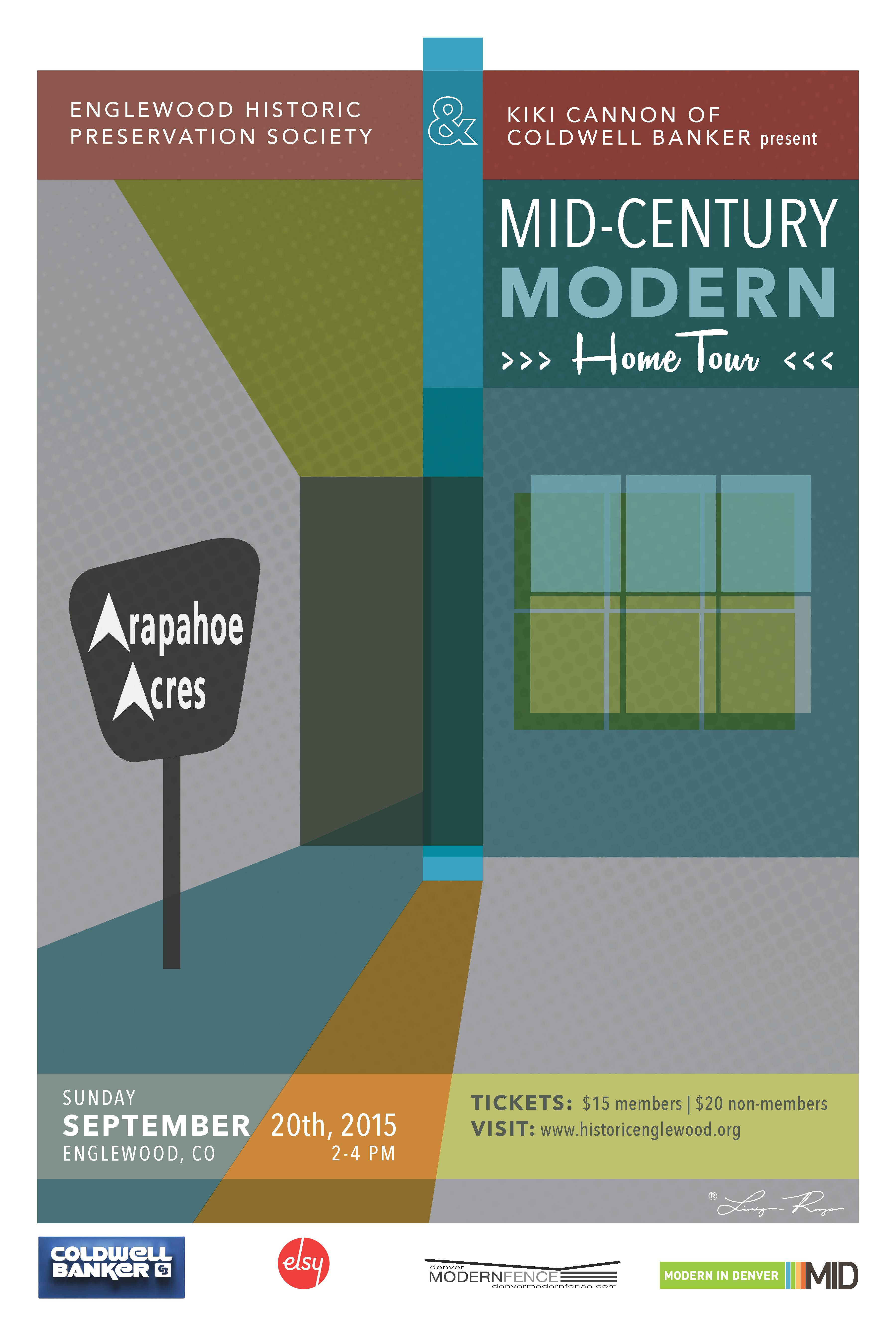