ANGELA FEDDERSEN SPENT YEARS CUTTING HER TEETH AT MAJOR DESIGN FIRMS IN THE MIDWEST. SINCE FOUNDING ELEVATE ARCHITECTURE IN 2010 HER REACH HAS EXPANDED TO INCLUDE DEVELOPMENT AND PRODUCT DESIGN, BUT HER VISION FOR THE FUTURE STRETCHES ALL THE WAY BACK TO HER ROOTS. 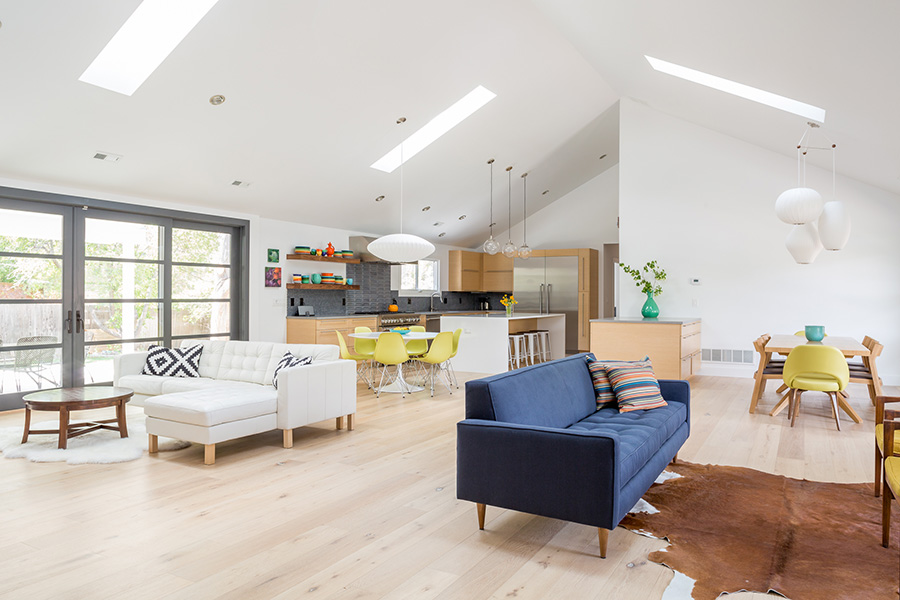 FOR MOST PEOPLE, FINDING THE RIGHT CAREER TAKES YEARS OF TRIAL AND ERROR. BAD JOBS LEAD TO BETTER JOBS. PATHS CONVERGE UNTIL SOMETHING CLICKS. NOT FOR ANGELA FEDDERSEN.

The woman behind Elevate Architecture found her calling early, cranking out her first floor plans at the tender age of 7. Even then, she had a passion for design and a curious need to create and connect. As a teenager, she was the only girl in her high school drafting class, and a few years later, she chased her dreams in the Architecture program at Iowa State University. 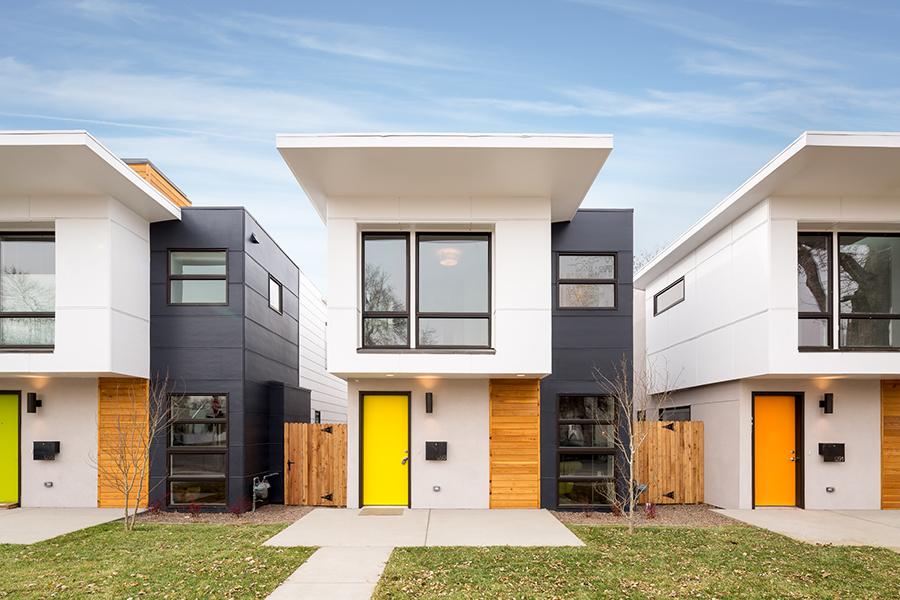 Now a business owner with kids of her own, Feddersen recently wrapped up a residential development in Platt Park—one of several projects for which Elevate has attracted attention. Her work walks the tightrope of feeling distinctly modern without sacrificing comfort or functionality. “My design sense is simplicity and efficiency,” said Feddersen. “I’m really interested in how people live and how their workspaces or their homes have to function to be successful for them.” 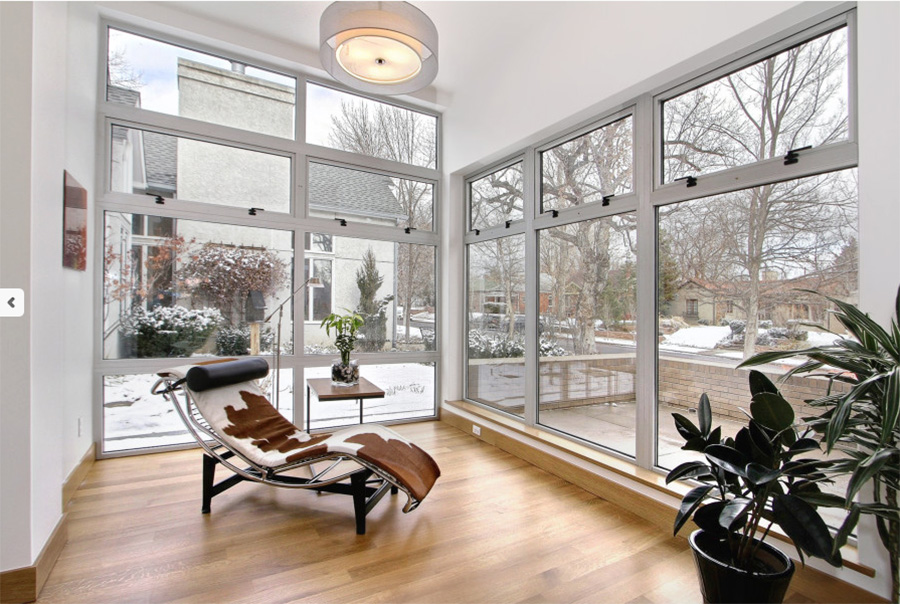 The Platt Park project is a timely example. Encompassing three smaller lots, the goal was to create not just modern living spaces, but homes that could maximize the available square footage while also fitting comfortably within the surrounding neighborhood. “It’s really important whether or not you’re keeping within the context and the scale of the rest of the street,” Feddersen said. “I’m always conscious of making something feel like its supposed to be there.” And make no mistake; she wants it to be there for a long time. If the central tenets of Feddersen’s design philosophy are simplicity and efficiency, then sustainability isn’t far behind. She comes by this honestly, having spent the years between Iowa State and founding Elevate in 2010 working for large firms with deep roots in sustainable design. Her first big job out of college was with the prestigious St. Louis firm Mackey Mitchell, where she advanced quickly en route to  making partner at 32. 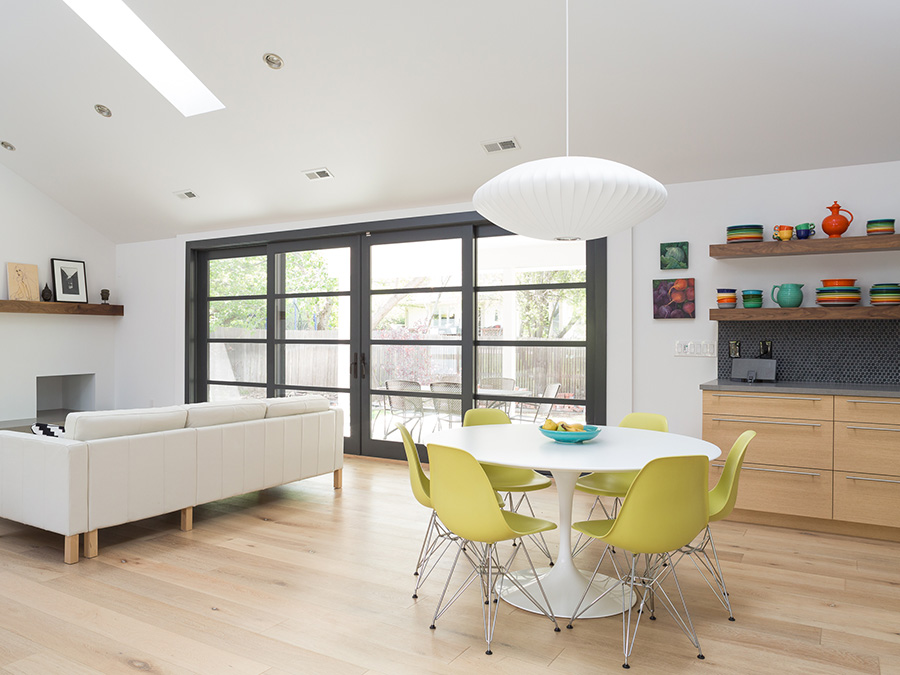 While at Mackey Mitchell, Feddersen gained expertise in the world of college campus student centers, which provided a unique application for her simple-efficient-sustainable approach. “The first step to a sustainable project is making good decisions with the plan, so that the organization is intuitive and naturally flows,” she said. “That’s why I liked student centers so much. Those are places where thousands of students come in and out, and it needs inherent wayfinding. You don’t necessarily have to rely on signs.” 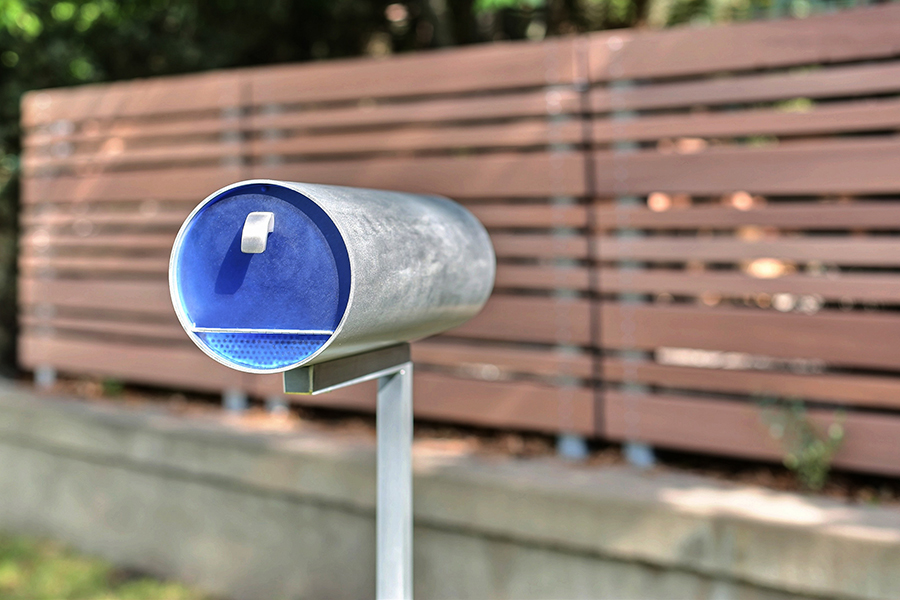 With a little distance, it’s easy to see the simple-efficient-sustainable line connecting all of Feddersen’s work—and that includes her foray into product design. Just last year she unveiled Letter Drop, a sleek powder-coated aluminum tube mailbox that we featured in the fall 2014 issue. The creation of Letter Drop had less to do with a passion for written correspondence and more to do with her problem-solving personality—she moved into a house that needed a mailbox. And while she has a growing list of other products in various stages of gestation, Feddersen’s real goal is more ambitious. “I would love for my practice to continue to have multiple facets,” she said. “I lean more toward the development side than the product side. But architecture represents continuity, and in a perfect world I’d like to develop the project, design the architecture, and create the products inside.”

That is a clear and specific vision, and it’s a good bet that 7-year-old Feddersen, drawing floor plans in marker in her bedroom after school, would approve. 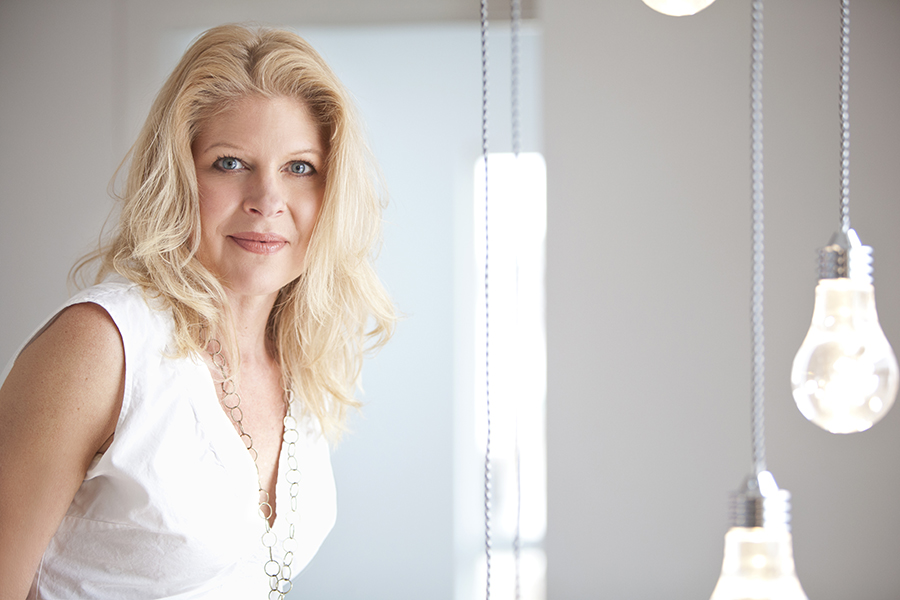