MODERN, MEET VICTORIAN. CHARLES AND RAY, MEET WES ANDERSON. SPACESHIP CUBE, WELCOME TO DENVER’S WYMAN HISTORIC DISTRICT. COAST-HOPPING EDUCATOR VAN SCHOALES AND FUNDRAISING COMMUNICATIONS PRO ALICIA ECONOMOS SURE KNOW HOW TO MAKE A STATEMENT—BY WAY OF A SLEEK, 400-SQUARE-FOOT CUBE ROOM THAT SEEMS TO BE FLOATING ATOP A QUEEN ANNE VICTORIAN. IN THIS ARCHITECTURAL AND STRUCTURAL FEAT OF BEHEMOTH PROPORTIONS, THE TEAMS AT STUDIO COMPLETIVA AND OLD GREENWICH BUILDERS MANAGED TO MERGE SEEMINGLY OPPOSITE DESIGN STYLES AND UNITE TWO HOUSEHOLDS WITH THIS BOLD MODERN HOME RENOVATION. 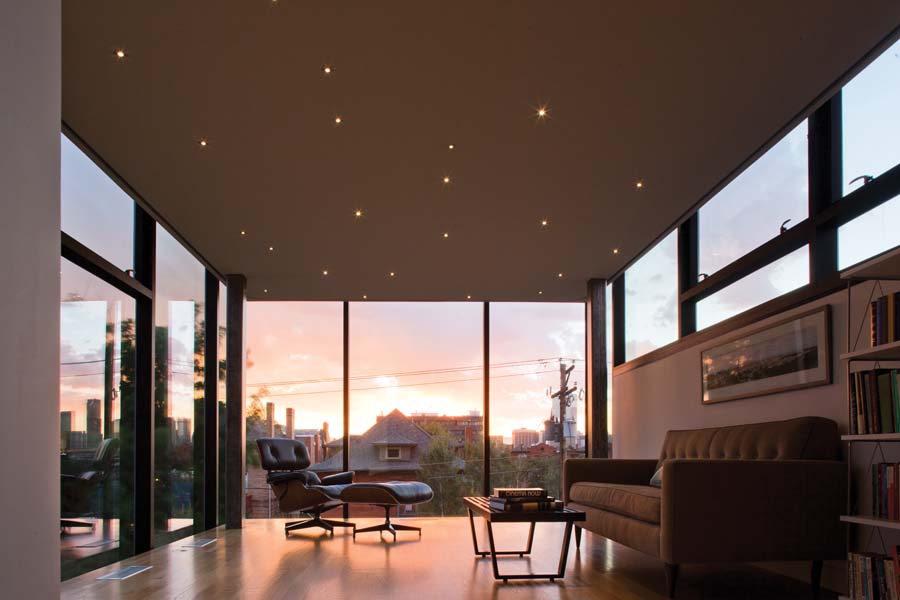 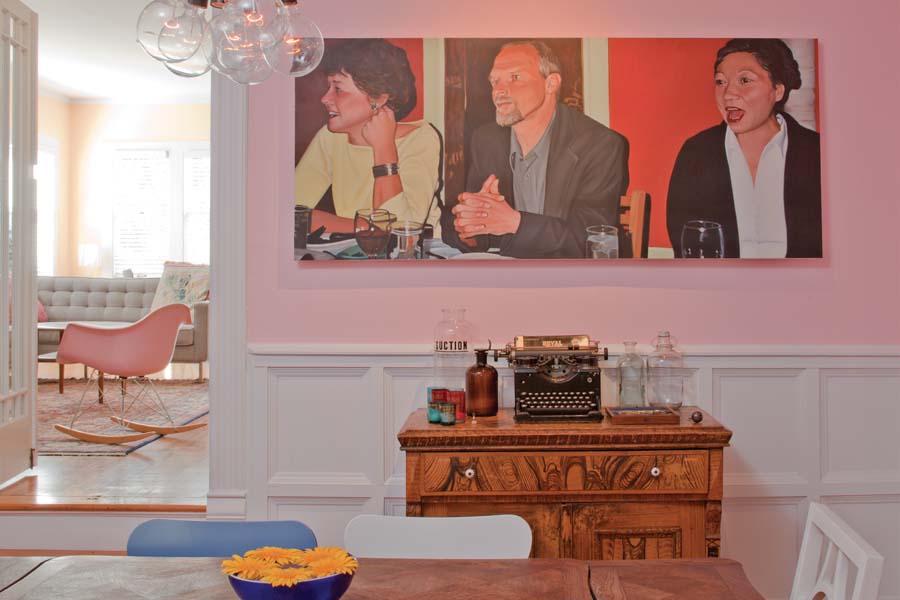 When Schoales moved to Denver and bought the 2,700-square-foot house in 2001, an elegant third-floor addition wasn’t in the plan. Yet, shortly after he moved in, he met Economos and the two needed more space to combine their families—specifically, bedrooms or three of their four girls who live at home. That’s when Schoales’ lightbulb moment hit: “Is there any way we can add a glass cube on the third floor?” 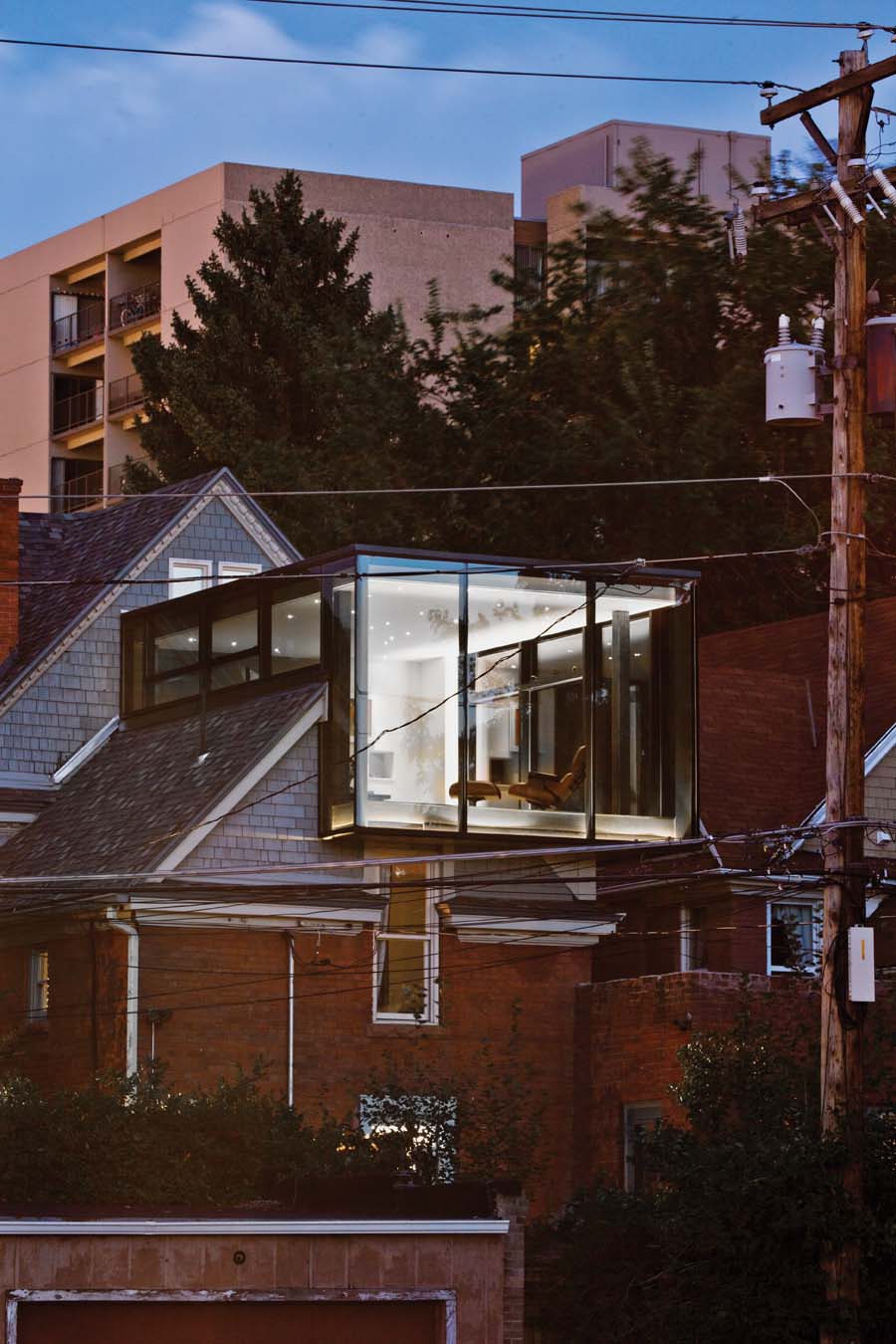 THE INSPIRATION
A perfectly reasonable reaction to address additional space needs, no? In this case, it couldn’t be more on point. Both Schoales, CEO of A+ Denver, and Economos, who works for Democrats for Education Reform Colorado (DFER), grew up in artistic families surrounded by architects, photographers, and interior designers. Plus, Schoales had long-admired Frank Gehry’s Los Angeles home—with its combination of existing structure and contemporary additions. “With most of the [house’s] original windows, floors, and molding still in tact, adding new to old is a combination we both have always embraced,” said Schoales.

Undergraduate architecture classes furthered their fascination for modern architecture, in particular, for Phillip Johnson’s famed Glass House. “It’s just so beautifully simple in so many ways,” said Schoales. “The connection between the indoors and outdoors is just so clean.” 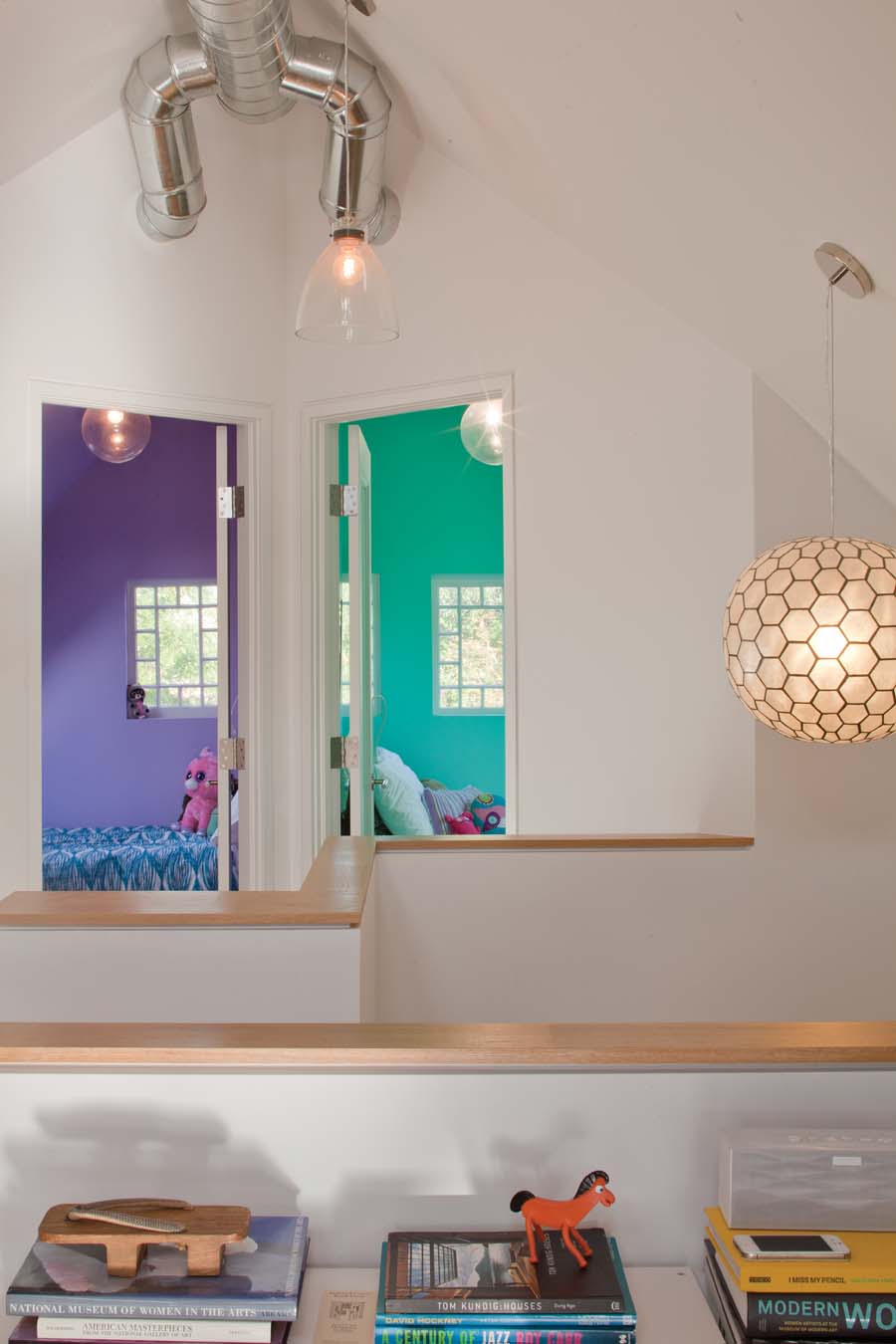 THE DESIGN
And so it began. After six months of discussion, Schoales and Economos commissioned Yong Cho, Principal at Studio Completiva and friend of nearly 20 years, to renovate the second level’s master bedroom suite, to transform the attic into a “floor” with bedrooms (while maintaining the pitched roof), and to design the glass cube. “It wasn’t as much a design challenge as it was to make it inclusive for everyone,” said Cho, “to create a home that would nurture the new family.”

The design team asked the girls to be a part of the process as well: showing them 3D models of the space and letting them choose colors and fixtures. Toward that goal of inclusion, Cho tried to avoid a “Jane Eyre” situation—“so the girls couldn’t be banished to the attic.”

As Cho and his team wondered if they could actually pull off a modern addition to a Victorian structure, they arrived at idea of integrity. The existing architecture had integrity, and they thought that if they could create a piece of modern architecture that also had integrity, then the design would speak for itself. “We have found that a careful modern addition to historic architecture highlights both styles and brings a sense of craft, beauty, and inspiration,” said Cho. “The building somehow becomes more alive. Energized. Both from the exterior and interior.” 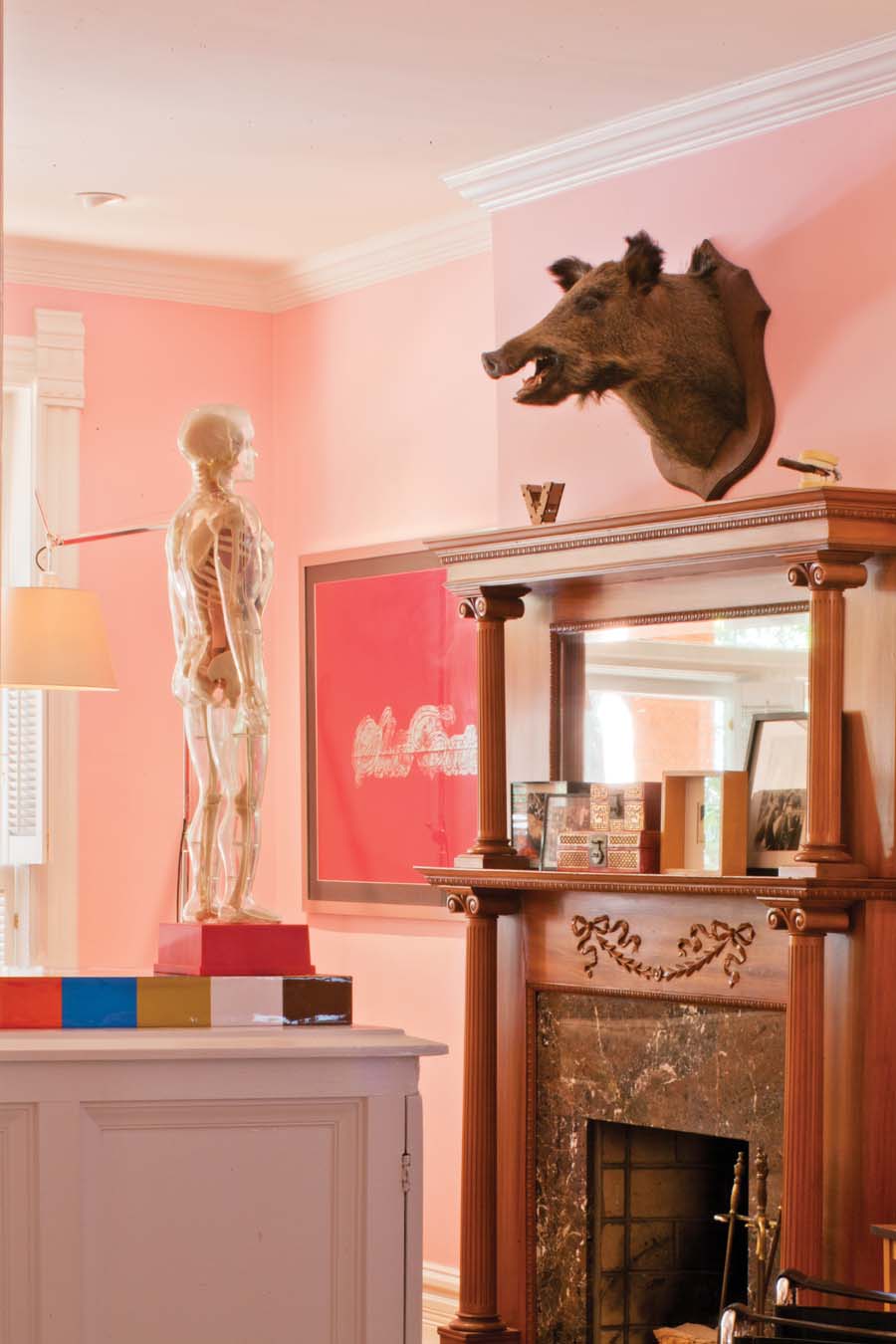 THE CONSTRUCTION
In order to pull off the design, Cho needed a general contractor who truly understood modernism. Old Greenwich Builders, who specialize in renovations and high-end custom homes, were his go-to choice.

Upon seeing plans for the first time, Cress Carter, co-owner of Old Greenwich, thought: “That’s the coolest thing I’ve ever seen.” The team, led by Project Manager Steve Rohrer, had weekly meetings for several months to ensure the structural design would accomplish the architectural goals while being feasible in a 120-year-old house. That’s where veteran structural engineer, David Benning, of Structural Design Partnership, came in. “The primary structural challenges for this project were the cantilevered floors on the south and west sides of the addition projecting three feet beyond the existing brick walls and the glass curtain wall surrounding the room,” said Benning. He explained that since the glass curtain walls are not load bearing elements, the roof framing is designed to be supported by the steel tube columns inset from the edge of the roof and floor.

Architectural and structural challenges aside, the team’s final—and perhaps most daunting—hurdle was to gain approval for the build from the Denver Landmark Preservation Commission. “This addition easily met the guidelines,” said George Gause, Senior City Planner. “Plus, it’s at the rear of the building and is transparent; therefore, it has very little impact on the overall appearance of the historic structure.” 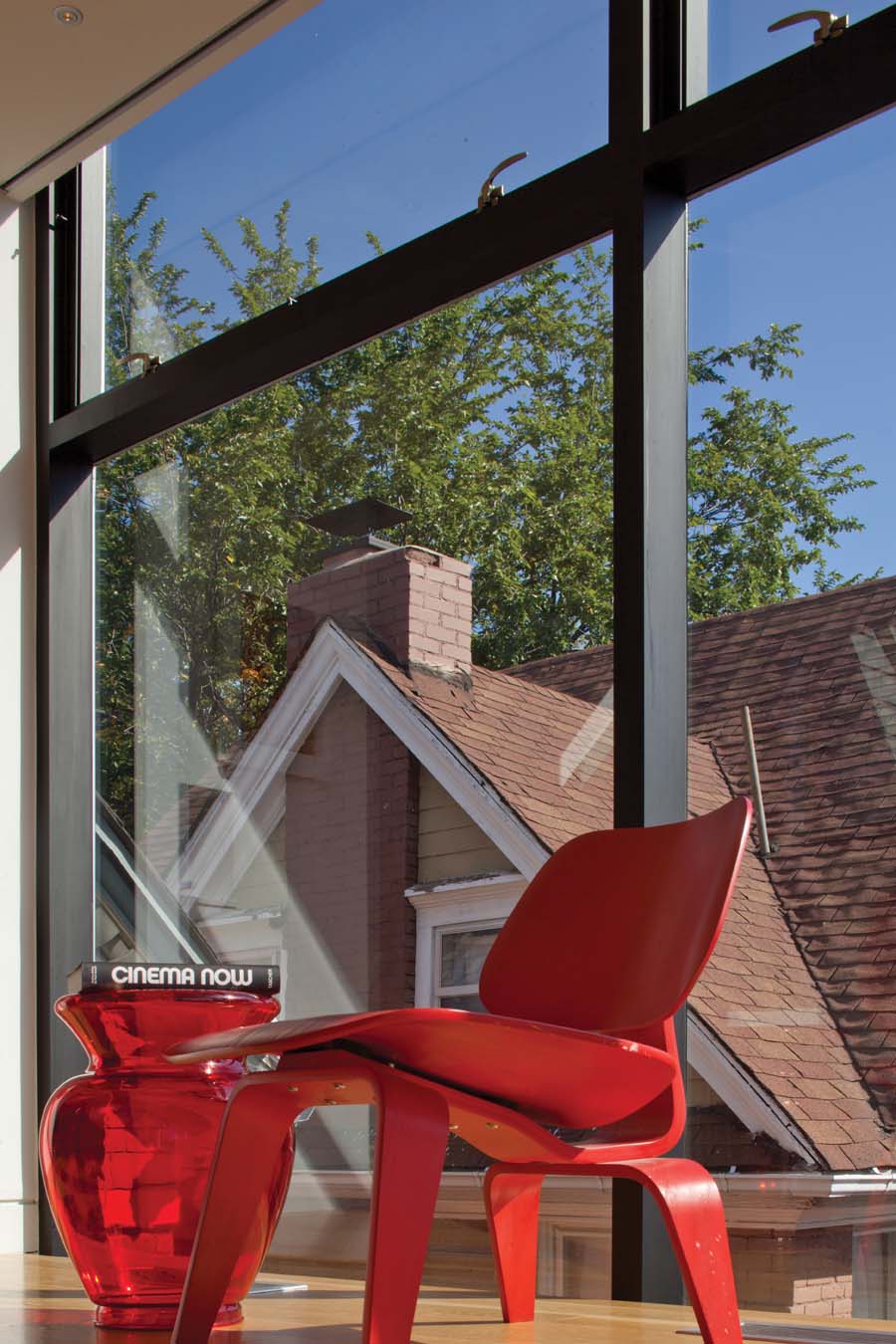 THE RESULT
After six months of design and seven months of construction, Schoales, Economos, and their girls are settled in their home, complete with treehouse-like addition they affectionately call “The Cube.” Retreating to the cube is as serene as it is settled. It’s a place to relax with a cup of coffee and read the Sunday newspaper. A penthouse-like environment for cocktail parties. And, for the girls, a place to show their friends and believe that anything is possible. As Cho said, it “must be one of the nicest sleepover attics in all of Denver.” 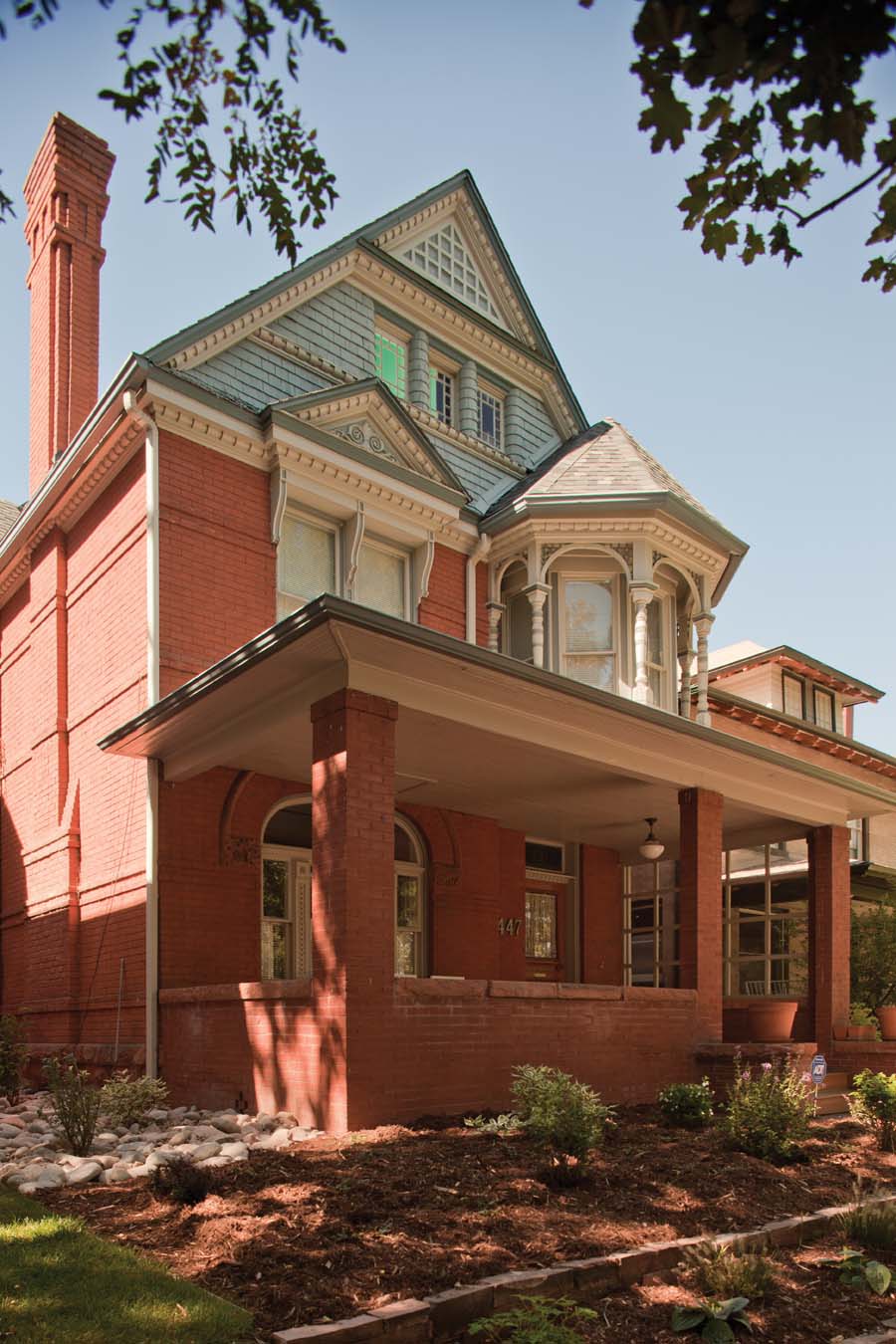 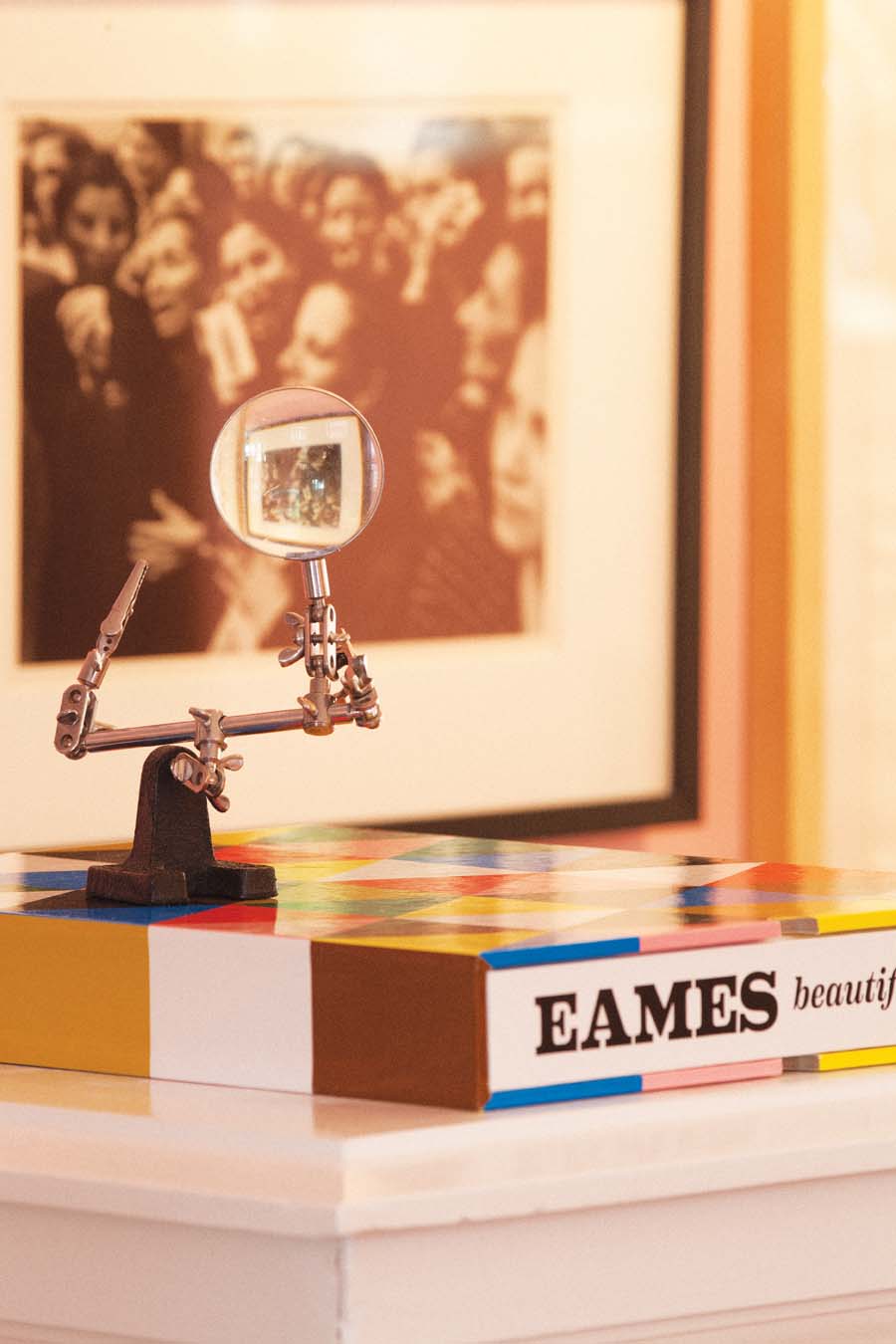 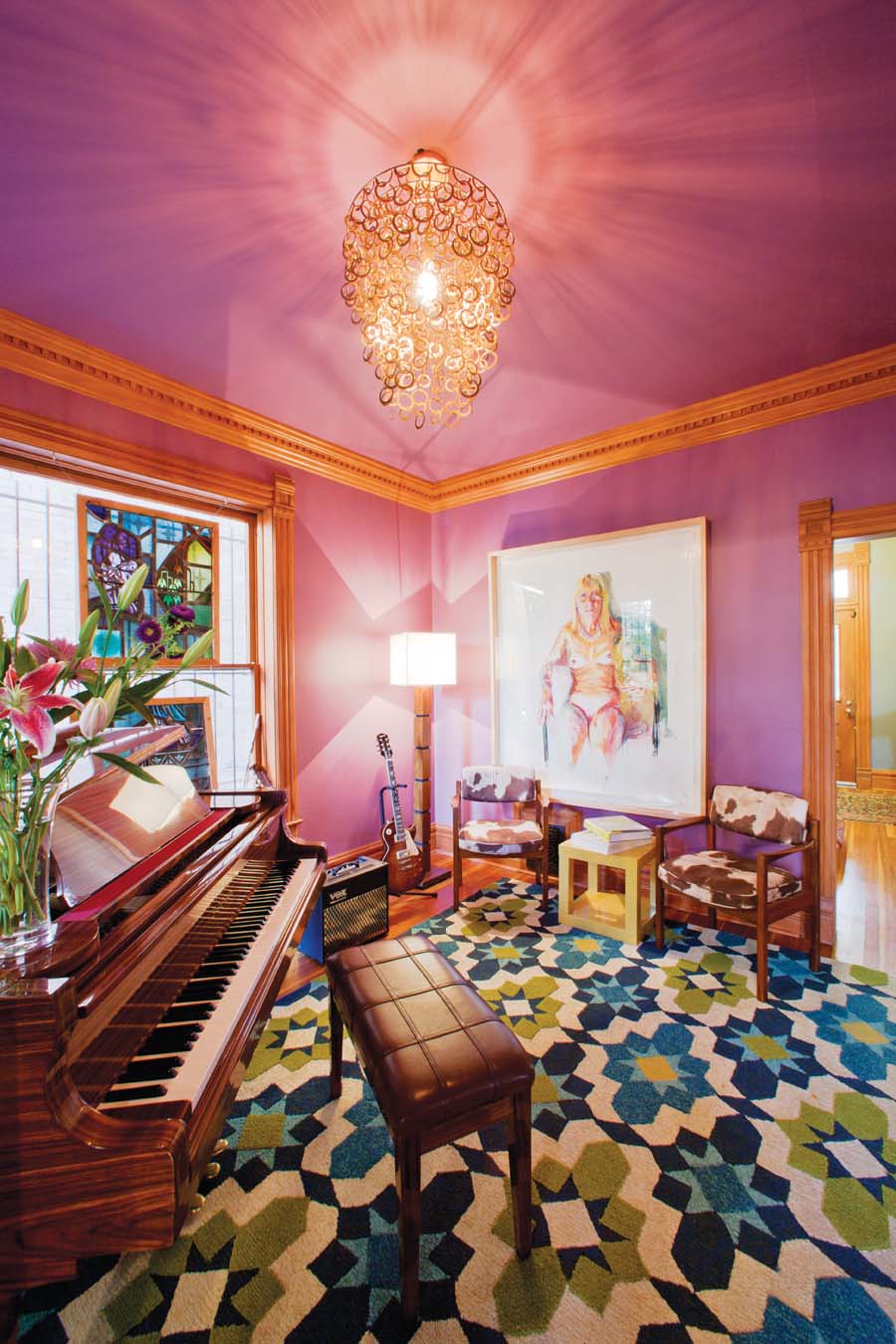