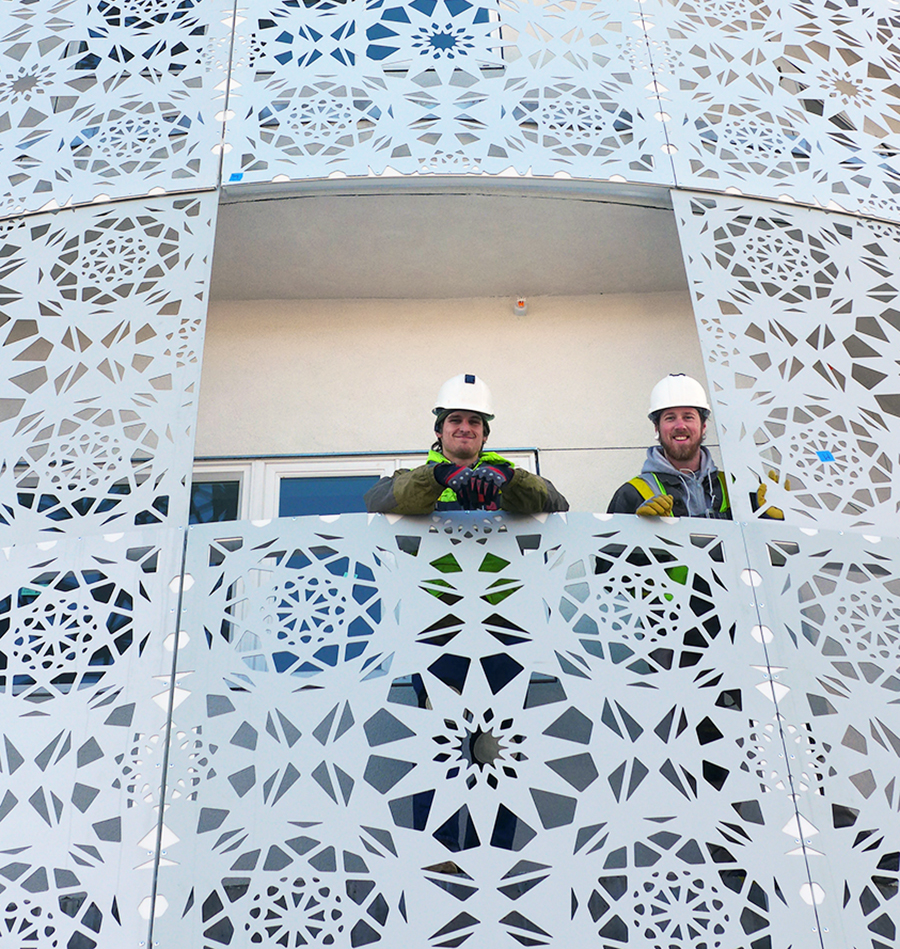 Next time you drive along I-25, take notice as a unique pattern catches your eye. That screen pattern—inspired by 1,000-year-old Middle Eastern floor patterns—serves as a form of privacy and shade, combining both form and function for residents of Lumina in Denver’s LoHi neighborhood.

The screens bring both character and energy conservation to Lumina, a multi-unit, mixed-use building by tres birds workshop. By sliding the screens, tenants can instantly adjust the levels of sunlight, thus reducing energy costs. “We’re doing this to monitor amount of daylight that comes into units,” said Design Principal Mike M. Moore of tres birds. “With apartment buildings, the main energy load comes from cooling units in summer.” The screens are made of anodized aluminum, a non-toxic finish that will never need treating again, making it a very sustainable building practice.

But the screens, designed by building owner Edee Anesi, Mike M. Moore, and graphic design team Todd Berger and Lucian Fohr, are more than just a creative, eco-friendly feature. The design is one-of-kind and is a symbol of infinity, according to Moore. “It’s monochromatic and shows some personality,” he said. “With modernism, you’re counting on people who live there to bring color to space, while we’ve provided good light and views.”

Tres birds finished the screens in a manner that has low luster, making sure that it has a soft appearance and won’t be very reflective, according to Moore. To learn more about the tres birds’ project, read Melissa Belongea’s write-up below. 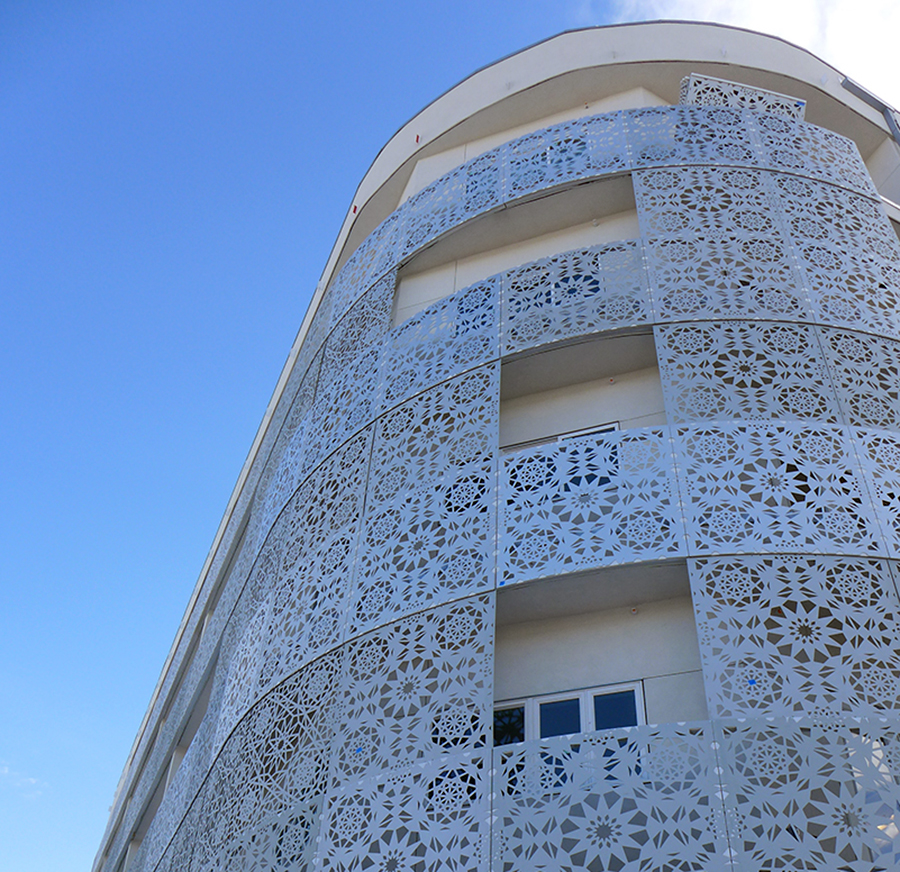 Denver is currently one of the fastest growing cities in the United States. Located in one of the epicenters of growth (The Northside), Lumina is currently heading toward its final stages of completion. Designed by tres birds workshop, Lumina is a multi-unit, mixed-use building that is poised to expand the architecture canon of Denver, Colorado.

The building’s most iconic feature are a series of screens that comprise the building’s exterior envelope. The screen system is a unique invention created specifically for Lumina. Read on to learn a little more about the story behind the screens…

Galvanizing the building’s central theme of “light,” the exterior envelope of Lumina is comprised of 444  6’x6’ anodized aluminum screens.

Invention & Problem Solving: The invention of the building envelope was born out of a need to shade the building from solar heat gain. After tres birds ran advanced energy modeling on the project during the design phase we discovered that the buildings peak electricity load was cooling. The screens cut the summer sun by 50 percent, respectfully lowering the buildings electrical load by an equal amount.

Manufacture: The Lumina screens are 100 percent made and manufactured in Denver, Colorado. Once all 444 screens were fabricated, tres birds meticulously fastened connection points directly to the building, in order to receive the 140 pound panels.

Function: The screens are multifunctional. Primarily, they securely enclose the outside balconies of Lumina’s 61 apartment units. However, the aluminum screens also act as light modulators. Residents can control temperature within their individual units by manually sliding the screens into position, thus adjusting the amount of sun that is allowed in.

Design: Inspired by 1000-year-old floor patterns found in Middle Eastern art, the Lumina screens cast a dynamic shadow design, bringing subtle beauty to the interior and exterior space within the units. Outside, the sum of all the screens make up a building that is in constant flux– a living, breathing organism. 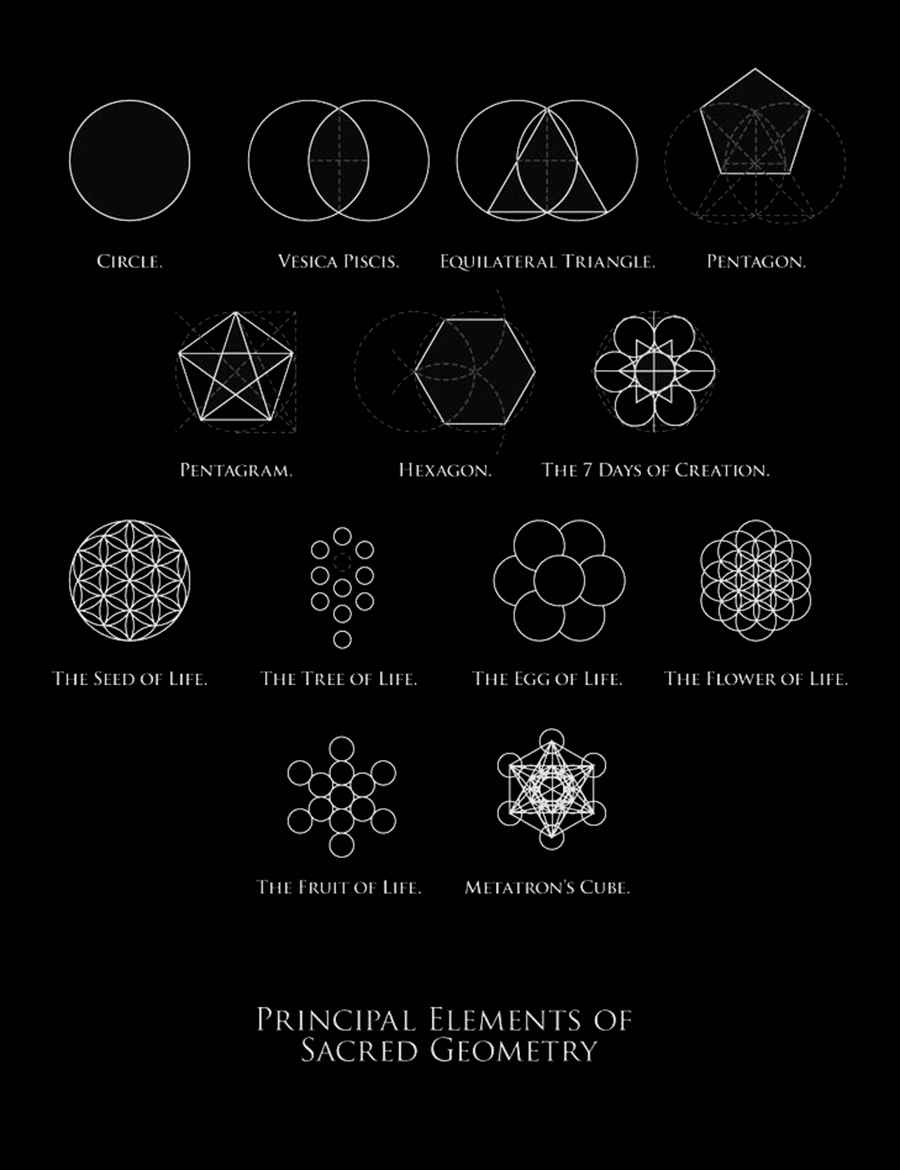