Welcome to Modern In Denver’s photo essay series. In each issue of the magazine, we give a talented photographer free reign to explore the modern world through his or her lens. The results offer insight into the way trained eyes see the things surrounding us. We hope you’re as inspired as we are by the possibilities and perspectives offered in these professional takes. 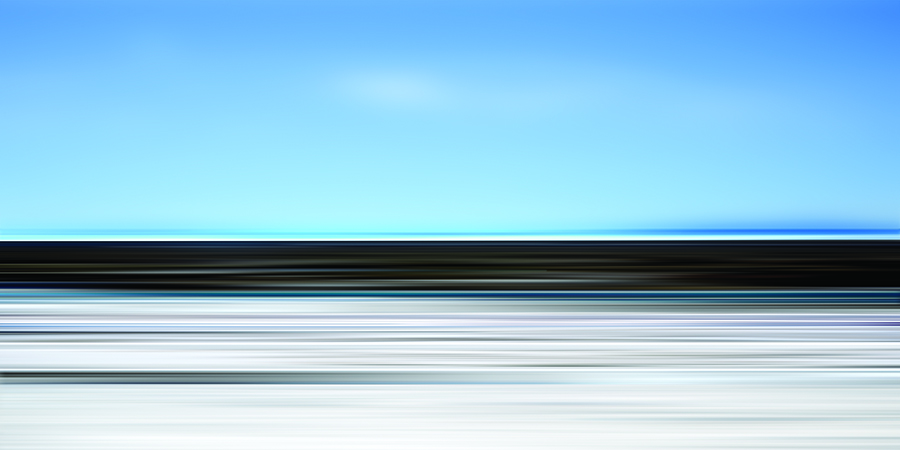 My work engages the American landscape. It can be read conceptually or formally, metaphorically or literally. The images are reductive, highly manipulated, and abstracted. One way to describe them is post-photography—another way: photographic drawing. I take a popular and emotional approach to my imagery. 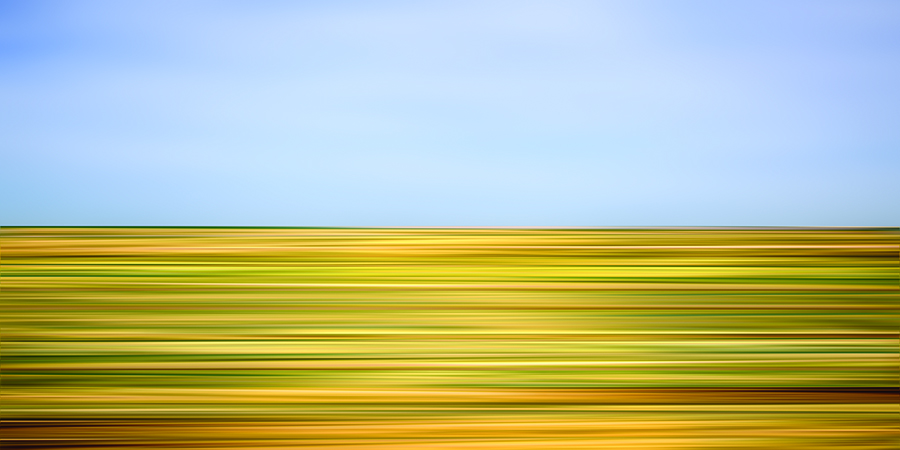 I am intrigued by ideas of transience, transcendence, and permanence. I’m interested in the co-existence of movement and stillness, color and pattern, realism and abstraction, flatness and depth. My work explores the evolution of the perceived landscape, created in part by the pervasive acceleration of images in modern life, which in turn has exponentially intensified and dulled our cognitive understanding of our environments. My pieces show the fleeting nature of transition, difficult to grasp but known to our perception, recognizable to our consciousness and memory. 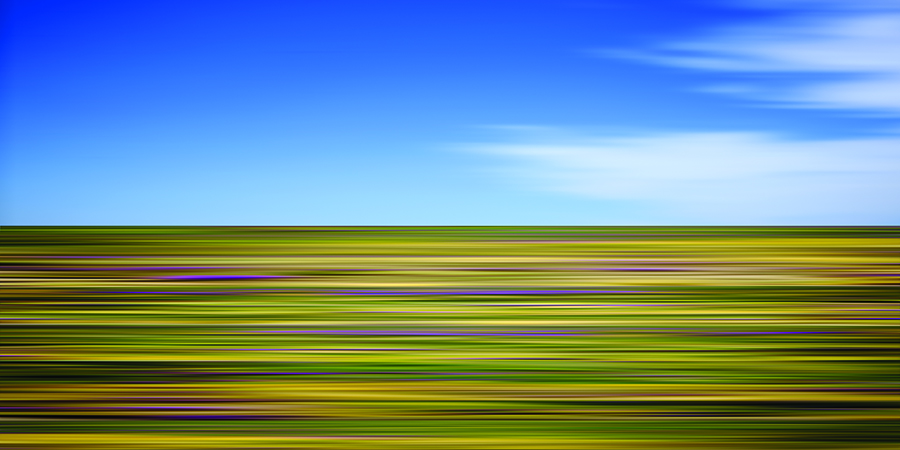 My process takes many steps. Sometimes an image is shot straight, in very detailed high resolution, or I use a slow shutter speed to capture an image with what I call “digital detritus.” Most images are composites of two to five images, sometimes from the same landscape at the same time, or other places and times. 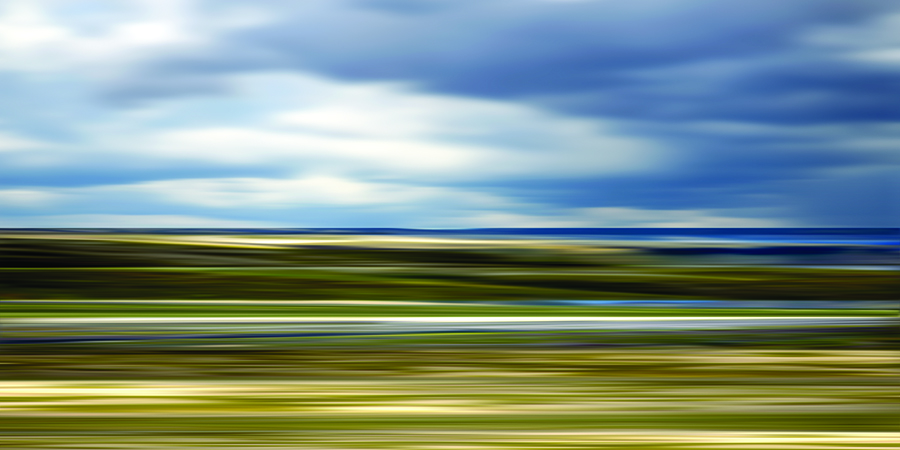 There is digital manipulation both in contrast, exposure, and saturation (like in the darkroom), and in using selective color blending to remove or add, say, magenta and cyan. After the base image is finished, I work the image digitally using drawing and painting techniques including blending color, softening areas, taking a reductive approach to the image, and in most cases adding quite a bit of line work. I like the tension between soft and hard. 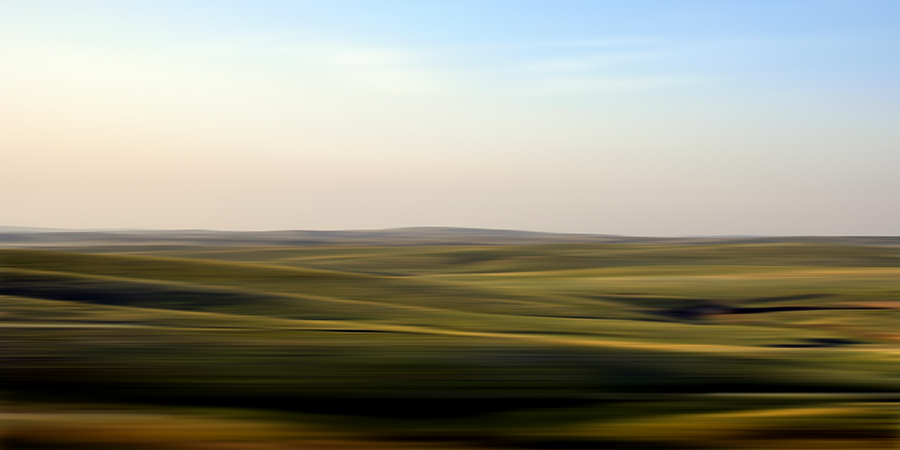 My work is closely married to design as well—in its structure, use of color theory, and its flexibility to work at different scales and sizes. 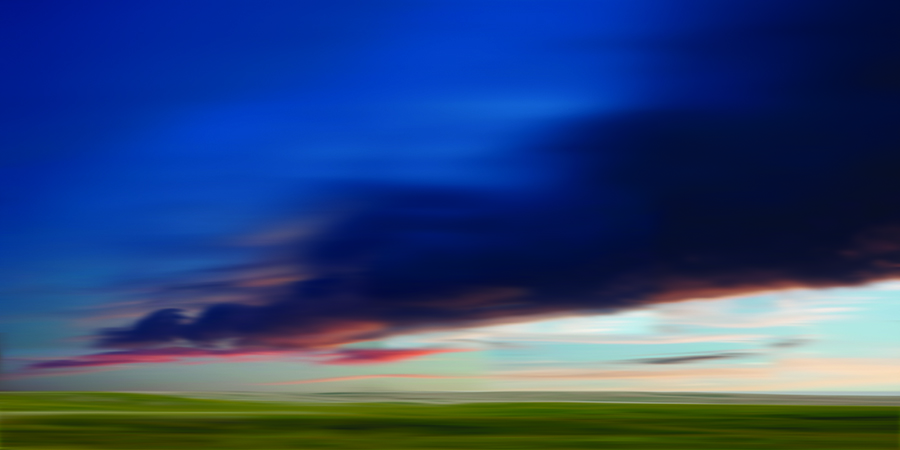 ABOUT THE ARTIST
Danae Falliers was born and raised in Colorado, and has lived and worked in San Francisco, Los Angeles, New Mexico, and Texas. She earned an MFA in Photography from the University of Southern California, and a BFA from California College of the Arts in Oakland. She has taught traditional and digital photography at the University of New Mexico, Episcopal High School in Houston, Anderson Ranch Arts Center in Aspen, and Colorado State University.

In addition to photographic work, she acknowledges 20th and 21st century painters as an important influence, including the work of Gerhard Richter, Bridget Riley, Ed Ruscha, and Brice Marden.