Bill Amundson has created his own unique world. From intricate drawings that expose his inner thinking, to the specific art market he has developed around his own work, to his extensive self- portrait collection, Amundson is literally a man of his own making. 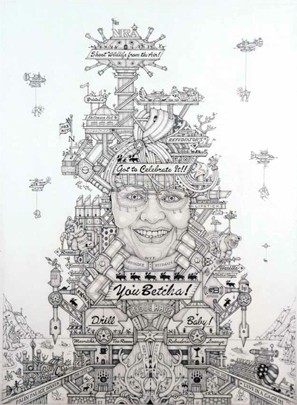 Since he was three years old, when his parents bought him a black slate desk, Amundson has been drawing. He drew obsessively for the next five years. This period makes up the beginning of Amundson’s life as an artist and in many ways, the artist works in the same way to this day. Since leaving Denver last year, Amundson is back living and working in the Wisconsin home where he grew up. While his physical location has come full circle, Amundson is still regarded as one of Denver’s most significant contemporary artists, having exhibited over 65 times since 1980, maintaining pieces in the permanent collections of all three major collecting museums in Colorado: Denver Art Museum, Colorado Springs Fine Art Center and the CU Art Museum, along with representation at Plus Gallery and guest lecturing at various stateside universities. There are also plenty of Amundson pieces that have made their way into private collections, a result of the years he spent participating in The Cherry Creek Arts Festival.

While Amundson never set out to ‘become an artist,’ his pure talent, commitment to his medium and ability to produce without pretense, has landed him in that exact position. Things began taking shape for Amundson in 1982 when he was invited to hold a solo show at the then, Kaufman Gallery in the Colorado State University student center. Wedged between Andy Warhol and Roy Lichtenstein exhibits respectively, Amundson benefitted from a concentrated spotlight, one that radiated to include exposure and interest in his own work. While good timing may have graced him the opportunity, it was ultimately Amundson’s clear talent as an artist that continued to move him forward. Contributing to Amundson’s public profile, is the time he spent as a morning disc jockey for KTCL radio station. Amundson says he often approached radio the same way he approached his drawings, as a creative medium. 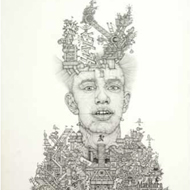 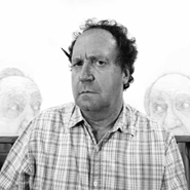 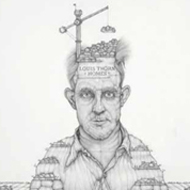 During his radio years, he didn’t do much drawing, but once that part of his career had ended, it was participation in The Cherry Creek Arts Festival that reignited his artwork practice and allowed him to cultivate a unique following. Here he was able to interact directly with people who appreciated his work, and bought it by the thousands. He credits the relatability of his pieces as the main reason for this success, “I was drawing suburban and social landscapes, sometimes mocking the same lifestyle of the people who loved my work so much.” The smaller works that Amundson created for inventory while participating in the festival became a way to sustain the artist financially, while eventually growing toward the next phase of his career.

One of the instrumental influences in Amundson’s shift toward becoming an established artist was catching the attention of contemporary art collector, Mark Addison, who commissioned the artist to do a large piece. Although Amundson had been creating larger works in the festival off-seasons, the one he completed for Addison was one of his largest and most challenging of his to date. Titled, “Nervous Patriot” (a self- portrait), the commission helped Amundson rise to the next level in his work. The self-portrait was displayed in the Denver Art Museum and since then, the museum has continued to follow with interest and support the work of Amundson. Another major influence in moving the artist away from commercial work and into a thorough focus on larger, more thoughtful pieces, was the relationship he began with Plus Gallery in 2008. Officially, the gallery introduced Amundson as part of their stable in 2009. Ivar Zeile, owner of Plus Gallery, draws attention to “Tower of Babel” and “Teen Excavation” (which holds a place in the Denver Art Museum’s permanent collection), as two milestone pieces, because of their astounding ability to capture signs, symbols and associations of their subject matter.

Amundson describes his process as laborious and it is not unusual for a large scale drawing to take ten weeks to twelve to complete, working eight hours a day, five days a week. Amundson works almost entirely in pencil and when the need for tinting arises, color pencil, all applied to basic illustration board. The artist has been questioned on more than one occasion when he will transition into painting. “What would I paint?,” he says. Amundson is content with his position as a contemporary mark maker/ fine artist/ illustrator (he has yet to settle on a label that comfortably describes his place in the art world).

The work of Bill Amundson is as witty as it is intricate. Symbols of social critique, interwoven around mundane objects in our everyday lives make up the artist’s primary composition base. Today, Amundson is working on a series of what he calls, architectural portraits or, people as towers. He is also beginning to incorporate signs and symbols of computer and solar technology, mapping the current social landscape.

If Amundson can expand into the national contemporary art sphere, which he seems poised to do, it will bode well for Denver’s art culture, according to Zeile. Reflecting further on the significance of Amundson’s work he says, “Originality, mind-blowing technique, unabashed humor in droves, a well-rounded knowledge and informed criticism of both the self as well as just about every facet of our society [is what draws collectors to his work]. He’s absolutely singular and a visionary, not to mention a genuine character. I believe that real collectors like that in artists they want to acquire.” 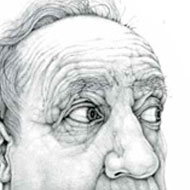 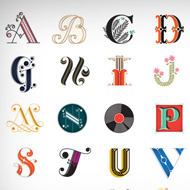 Jessica Hische is a letterer and illustrator